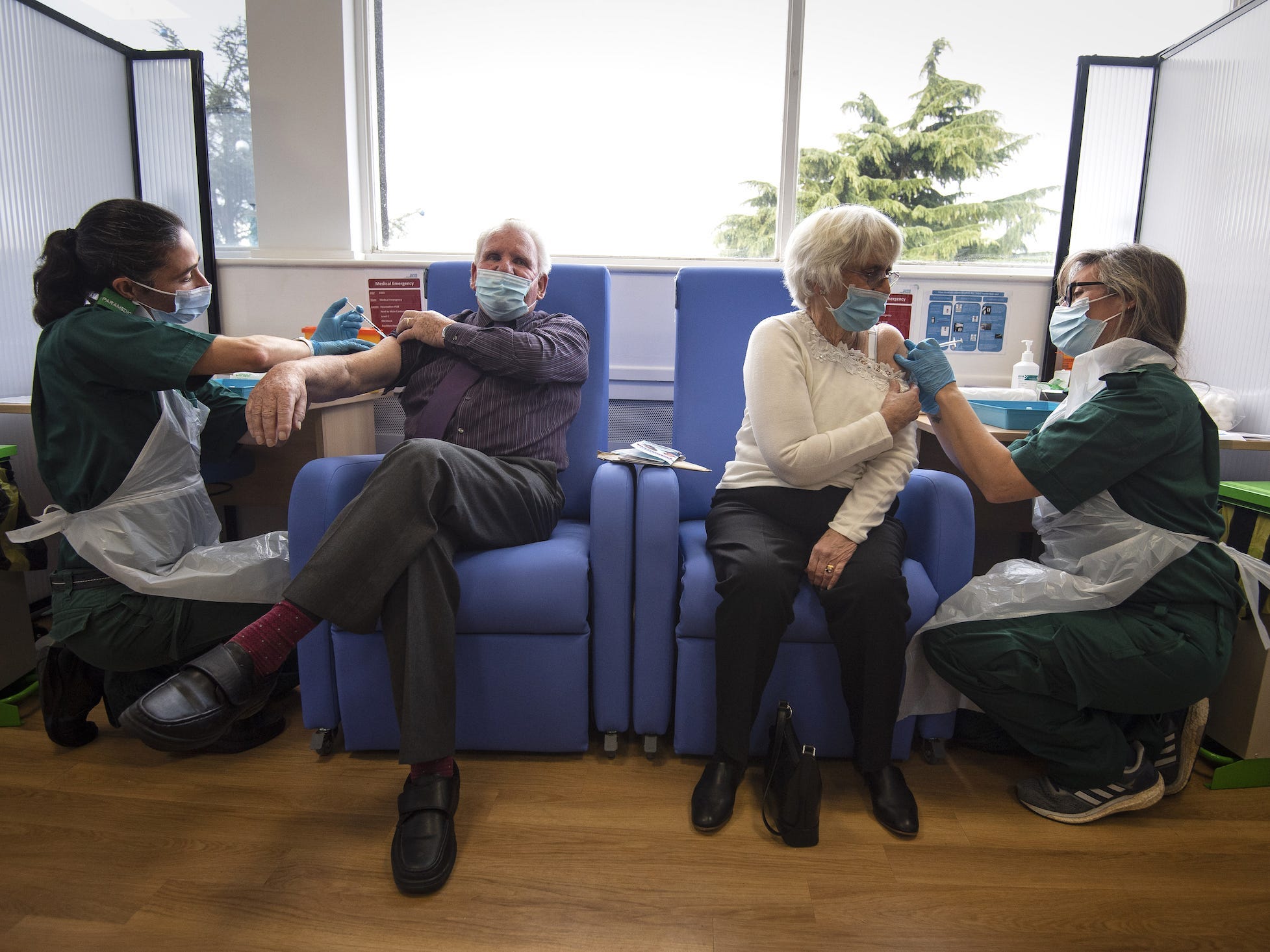 On Thursday, a committee of leading experts voted 17-4 (with one abstention), urging the US Food and Drug Administration to authorise Pfizer’s COVID-19 vaccine for emergency use in the US.

Experts at the FDA are now signalling they’re getting ready to allow the vaccine to be distributed in states across the US, with the first coronavirus shots likely going into arms across the country some time next week.

But, the committee’s endorsement of Pfizer’s two-shot vaccine regimen was not unanimous.

Four “no” votes came from:

Those 4 committee members did not agree with the voting premise that “based on the totality of the scientific evidence available, the benefits of the Pfizer-BioNTech COVID-19 vaccine outweigh its risks for use in individuals 16 years of age and older.”

All four “no” voters shared their reasons with Business Insider.

They were two-fold: three committee members said they could not support including 16- and 17- year olds in the mix, while one expressed concern that the vaccine hasn’t been studied for long enough yet.

3 concerns about including 16- and 17-year-olds 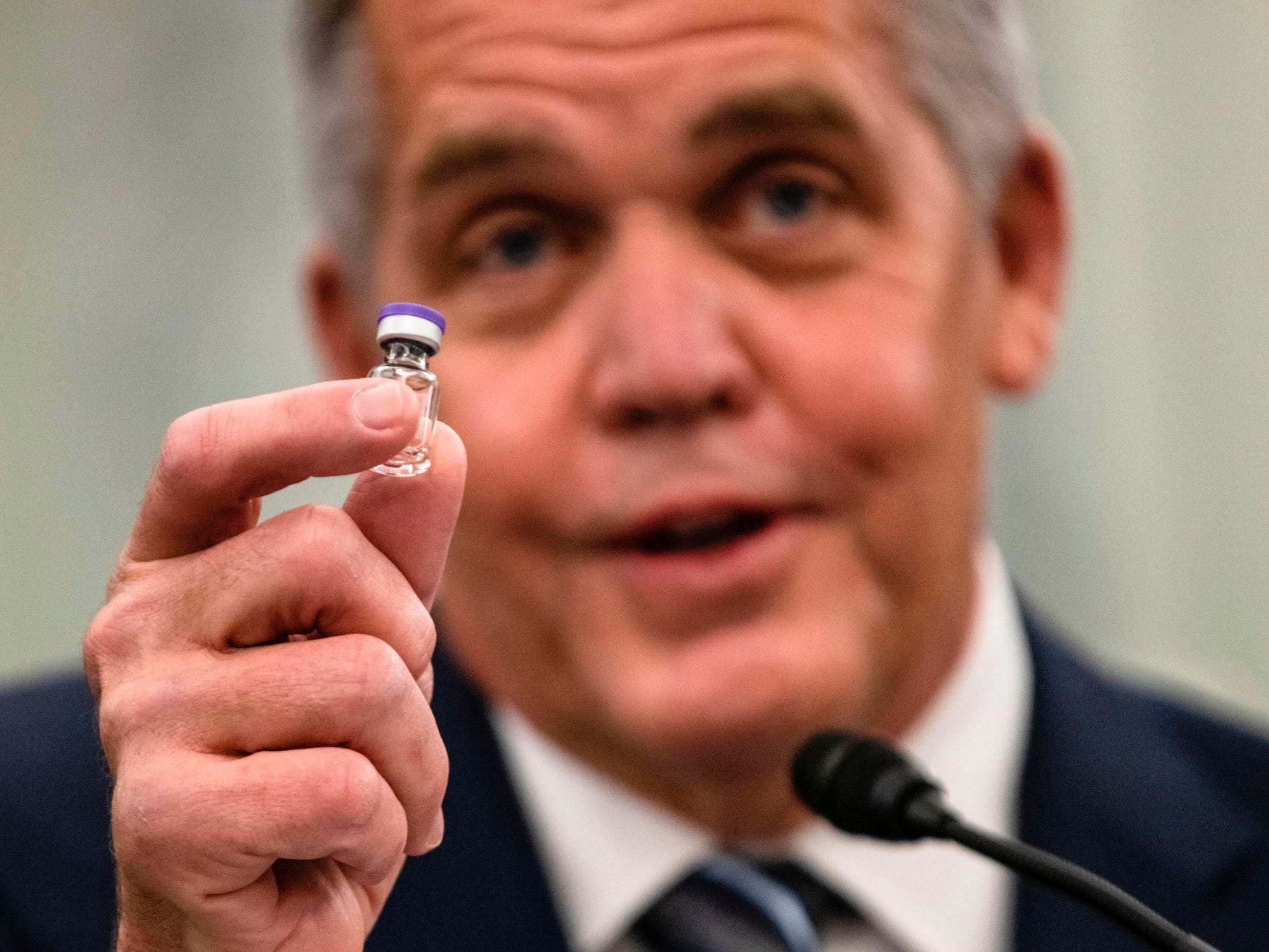 Samuel Corum / AFP via Getty ImagesUnited Parcel Service President of Global Healthcare, Wesley Wheeler, holds up a sample of the vial that will be used to transport the Pfizer Covid-19 vaccine at a Senate Transportation subcommittee hybrid hearing on December 10, 2020, in Washington, DC.

During phases 2 and 3 of Pfizer’s trial, in which more than 18,000 people received the vaccine across six countries, only 138 people between the ages of 16 and 18 got the vaccine.

None of them got COVID-19 during the trial, and only one control group participant in that same age group (who received a worthless placebo jab) contracted the virus during the study, making it very difficult to ascertain exactly how well the vaccine worked for teens.

Dr. Kim was concerned about this lack of data.

“My ‘no’ vote was because of the inclusion of 16-17 year-olds,” he said in an email. “Unfortunately, I and other members who had also voted ‘no’ did not have an opportunity to explain our positions before the meeting was adjourned. I would have voted ‘yes’ most enthusiastically had the language been ‘â€¦18 years of age and older.'”

“I am fully in support of the Emergency Use Authorization for the Pfizer-BioNTech vaccine for adults 18 years and older, along with any measures that are going to help us get this deadly pandemic under control. This is a serious public health issue that requires data and science at the forefront,” Dr. Chatterjee told Business Insider in a statement.

“However, we currently have 16- and 17-year-olds who, as minors, are not able to make their own decisions on whether or not to take part in a vaccination program, and we have limited safety and efficacy data on how the vaccine affects the pediatric population. Since most of them will not be eligible to receive the vaccine in the near future, and because they are not in a high-risk group, I believe we have time to gather and analyse additional data in this and younger age groups.”

She added: “Unfortunately, there wasn’t an opportunity to explain my vote at the meeting. I considered voting to abstain, but thought it would be important for the FDA to make note of the concerns of those who voted ‘no.'”

Dr. Kurilla also said he voted no because 16- and 17-year-olds were included in the EUA language.

“It was not a vote against the vaccine … I do think that the benefits outweigh risk in certain high-risk groups, and the available data support this,” Kurilla said in a statement.

He said he has concerns that such young people are included in this temporary authorization, which is not designed to be as rigorous as a full FDA vaccine approval.

“EUA is only applicable for life-threatening conditions; severe COVID with potential for a high risk of mortality is predominantly found in older populations and those with certain chronic medical conditions,” he added. “Messaging to the general public on the distinction between authorization and approval is critical. We need to convey the continued investigational status of an EUA product and continue to collect the necessary data in support of eventual full licensure.”

Dr. Cody Meissner, a leading expert on childhood vaccination and chief of pediatrics at Tufts â€” and the only committee member to abstain from voting â€” also voiced concerns about including minors in the authorization.

“I do not believe we have sufficient data for 16- and 17-year-olds,” he said during the committee meeting. “I would prefer to say ‘for use in individuals 18 years of age and older.'”

The arguments for including everyone over 16

Other committee members felt this was a moot point. They cautioned teenagers can be essential workers â€” working in grocery stores or movie theatres, for example â€” and that they shouldn’t be categorically excluded from vaccination. No adolescents withdrew from the Pfizer study due to adverse events, and very few teens reported any side effects, with less than 10% reporting pain at their injection site, and less than 2% reporting chills.

In briefing materials about the study, the FDA said “it is biologically reasonable to extrapolate that effectiveness in ages 16 to 17 years would be similar to effectiveness in younger adults.”

One committee member worried that Pfizer’s study has been too short, arguing that studies should now expand to reach new groups 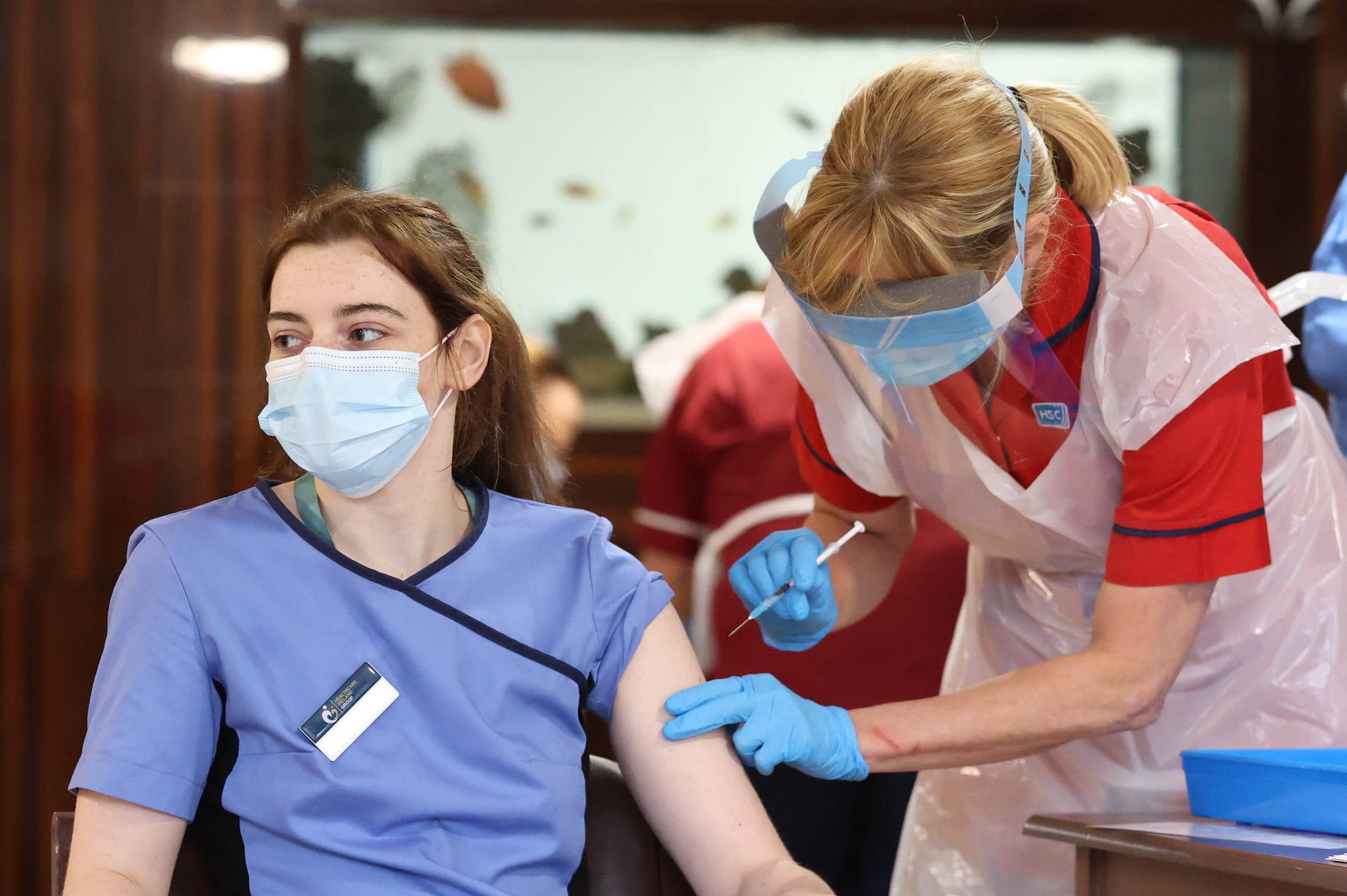 Professor Fuller is worried that the vaccine, developed over just months, hasn’t been studied long enough yet.

She said a broad EUA “seems to me to be premature,” and pressed for at least two more months of expanded study of the vaccine, adding in more people from vulnerable groups.

“Two more months of an expanded access Phase 3 clinical study (add health care workers who volunteer or consensual long-term resident home persons or others) would bring evidence-based results that would inform researchers, broaden diversity of enrollment and build public trust in taking (or not, for some) a safe, better tested efficacious vaccine,” Fuller told Business Insider in an email.

“This would save even MORE lives and reduce illness in the long-run. An expanded, monitored Phase 3 effort would address many issues to get to high uptake needed for herd immunity.”

More study would net more insights, not just on disease prevalence, but on viral infection and spread, she said.

“We are in uncharted territory with many unknowns: the immune system, SARS-CoV2 pathogenesis, the first massive use of an mRNA vaccine for an RNA virus, distribution of a cold storage-requiring vaccine … What happens with COVID-19 in immune hosts over time?”

Fuller argued “we would gain much more over the long term than we would lose in two months.”

The arguments for not waiting longer

The pandemic is crushing US hospitals, and new record death tolls are being recorded day after day. Pfizer’s vaccine, which in trials of more than 40,000 people around the world was shown to be 95% effective at protecting people from disease, could make a huge dent in this widespread suffering and death.

Dr. Meissner said the benefits of using the vaccine, which has been tested out on people for several months now, to inoculate some of the most vulnerable individuals in the US as soon as possible are inarguable.

“We know about the safety of this vaccine through 60 days, and it’s pretty hard to think of a vaccine reaction that occurs after 60 days,” he said, adding that in looking through federally available vaccine injury tables, he was only able to spot one incident that ever happened more than 2 months after a vaccine administration: the case of a live polio vaccine administered to a young immunocompromised patient.

“I think the safety is pretty well demonstrated,” he said of Pfizer’s shot. “Balance that against over 2,000 deaths a day, or 2,500 deaths a day? I’m comfortable.”