From sniffing butts to getting the 'zoomies,' here's the explanation behind 12 weird things your dog does every day 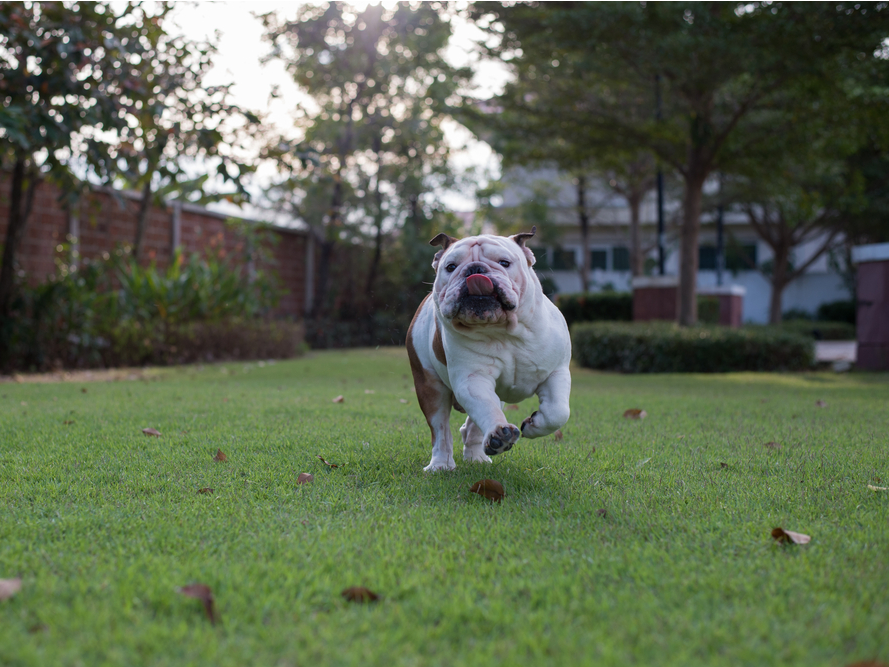 ShutterstockWhen your dog has the ‘zoomies,’ they might just be really happy to be alive.

Dogs are loveable and loyal creatures that often delight their owners with oddball antics. But have you ever wondered why dogs get the “zoomies” or seem fascinated by sniffing their own poo?

Even though some of these behaviours seem strange to humans, they can be quite normal for dogs.

Insider consulted with dog behaviorist Nick Jones about the real explanations behind all of the seemingly strange things that dogs do.

Dogs get the “zoomies” because they’re just really happy or excited. 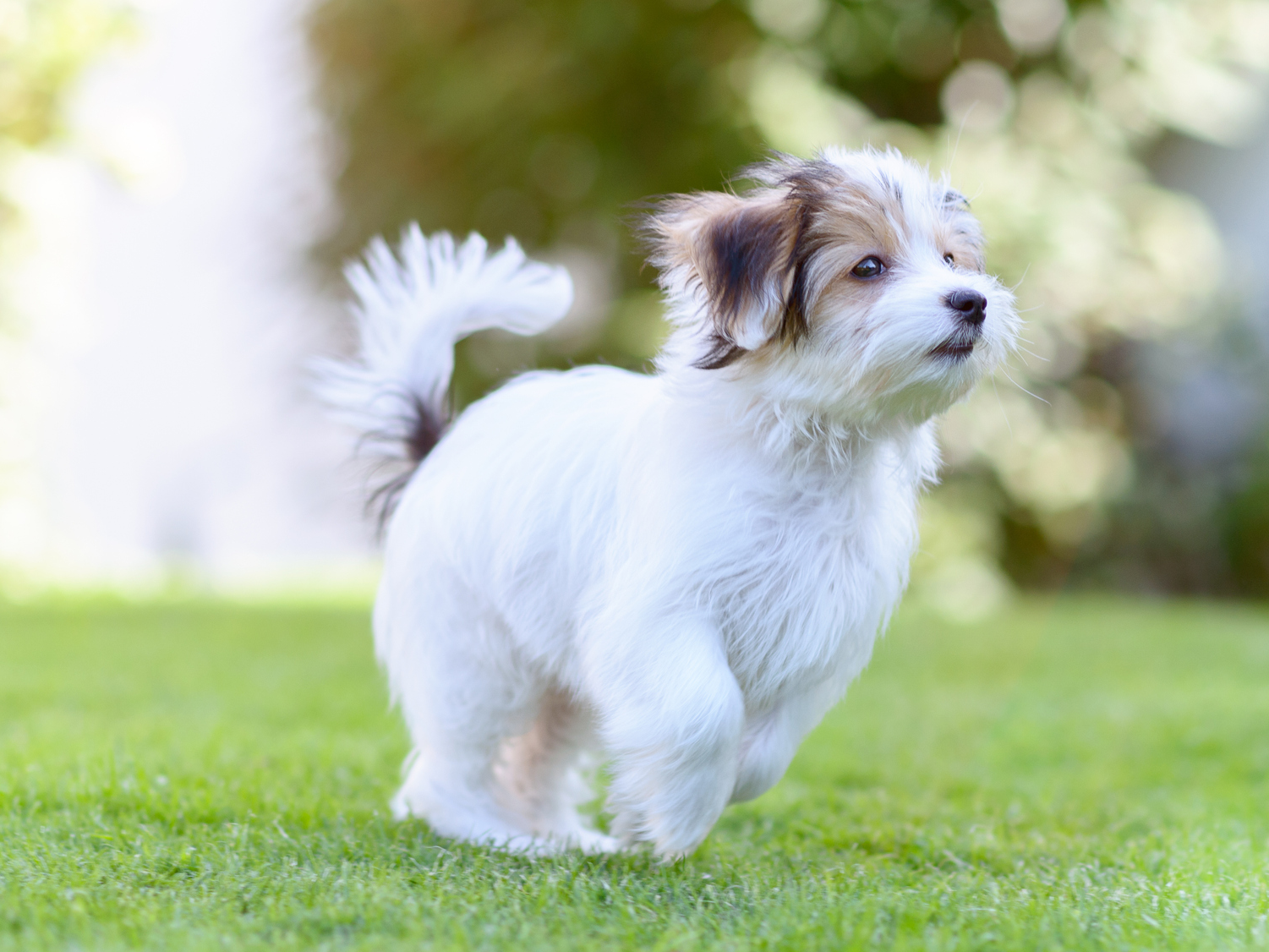 iStockIt’s usually a result of a burst of excitement.

Dog owners all over the world are probably familiar with the “zoomies” – when dogs start to run around excitedly for no obvious reason.

Apparently, this sudden burst of energy is exactly what it looks like: a dog’s way of expressing just how happy they are.

“This behaviour is often seen at key times of the day such as after a meal or when the dog has been exercised or bathed. Dogs can feel bubbles of excitement and a joy to be alive and this is often seen during the ‘zoomies,'” Jones explained to Insider. iStockExperts aren’t exactly sure why they do it, either.

Most dog owners probably discourage their pooches from eating grass, but Jones said it’s actually pretty normal – and experts actually aren’t exactly sure why dogs love to eat the lawn.

“Dogs can enjoy eating spring grass and will often graze on this doggie delicacy. There remains a degree of uncertainty as to the precise reason for eating grass,” he told Insider.

Jones also clarified that munching on grass doesn’t cause vomiting as often as owners might think. If your dog is regularly throwing up after a romp in the yard, you might want to get them checked out for other medical issues.

Eating their own vomit is an instinctive urge for dogs. iStockIt’s a natural behaviour for dogs.

It can be stomach-turning to any human observers, but dogs actually think that eating their own vomit is perfectly natural.

“What sounds repulsive to us can be second nature to dogs as they do not have social standards to consider! Eating regurgitated food is a natural behaviour and puppies will often eat food in this way as the mother regurgitates partially digested food,” Jones explained.

Of course, just because eating vomit doesn’t perturb your dog doesn’t mean that regular vomiting isn’t a problem. Be sure to check in with your vet if you notice that your dog can’t ever keep their dinner down.

Eating poop is also a pretty normal behaviour for dogs. 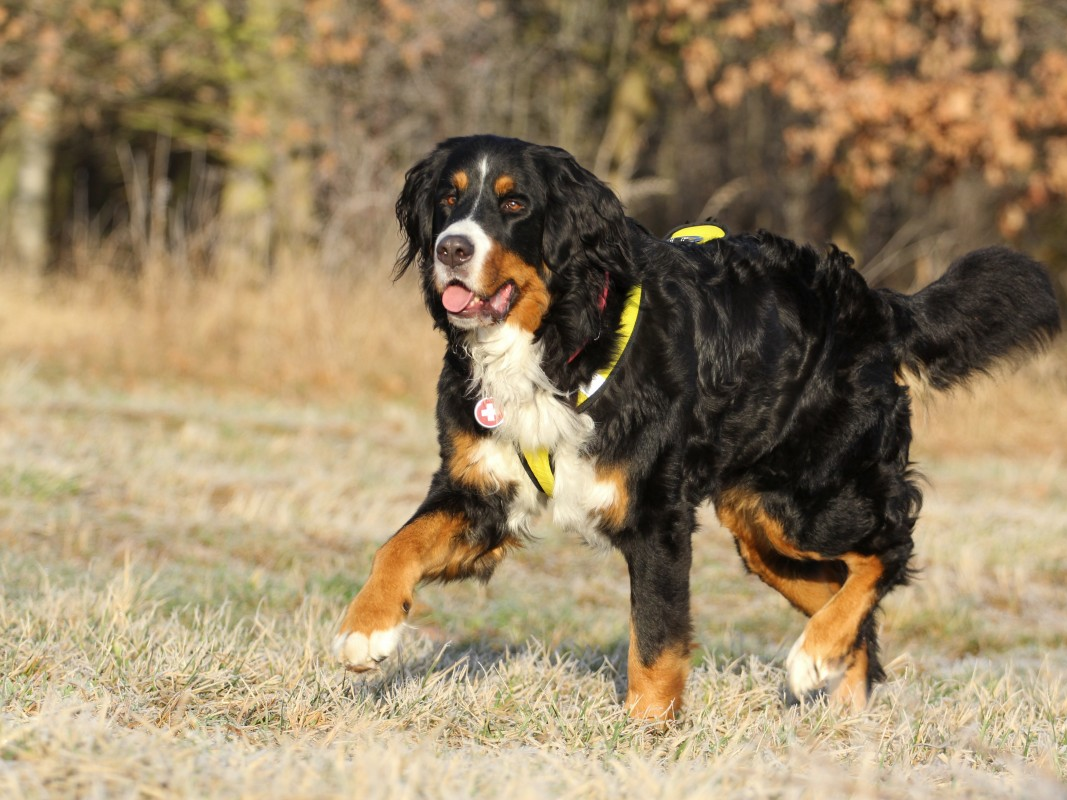 Some dogs seem to have a bit of an obsession with their own faeces, often going so far as to try and eat it.

Jones explained that this behaviour is actually common and usually doesn’t indicate a medical problem.

“Eating faeces is another revolting-sounding habit to us humans but, to dogs, it can be a natural behaviour. Known as coprophagia, this behaviour can range from eating only its own faeces to only that of other dogs.”

Even though some people seem to believe that dogs try to eat their own poop to correct a nutritional deficiency, Jones stated that there isn’t a lot of evidence to suggest that’s what’s going on.

“Faeces-eating can develop due to a lack of supervision at toileting times and or the copying of another dog. This is an unwanted habit that can be addressed with behavioural help,” he added.

Your dog may hump inanimate objects to get your attention. 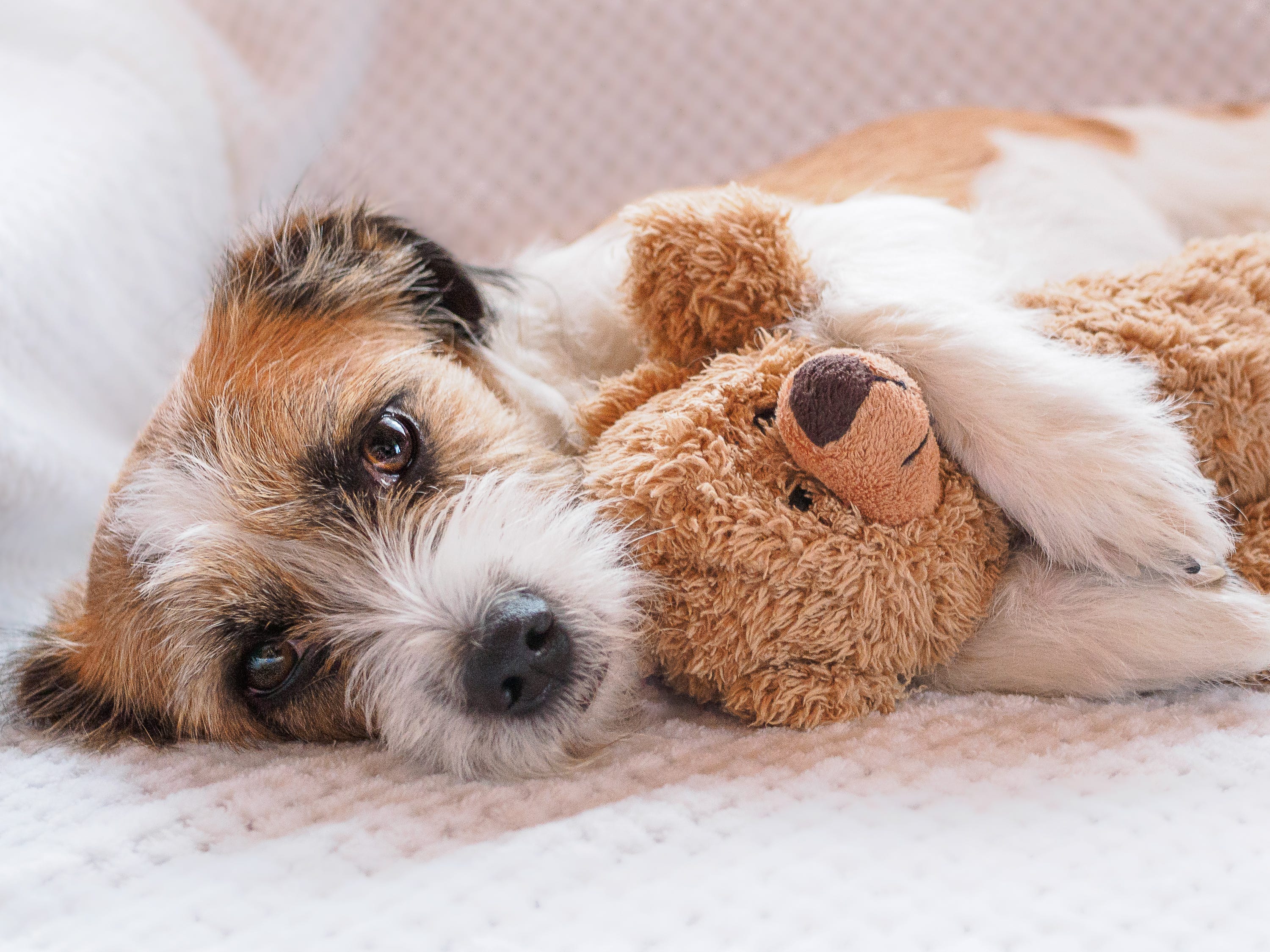 iStockThe behaviour could also be hormonally-driven.

To their human caretakers, a dog’s desire to get frisky with a sofa leg might seem bizarre and a bit awkward. Although it makes biological sense for your pet to try and initiate sexual contact with other dogs, their motivation for trying to seduce inanimate objects might actually be a way of grabbing your attention.

“Some dogs will carry out such behaviour to gain the owner’s attention – he knows it gets a big response,” Jones told Insider.

If you make a big show of scolding your dog or chase them around the room when they start humping something they shouldn’t, your dog might realise that humping is a great way to get you to stop what you’re doing and “play.”

Jones also added that humping might also be hormonally driven in some cases. As a puppy gets older or a dog goes into heat, they’re more likely to engage in mounting behaviour with other dogs and inanimate objects.

Digging or pawing the ground after pooping helps a dog mark his territory. Many dogs paw or dig at the ground after they eliminate. Even though it might look as if they’re trying to cover their waste with earth, Jones suggested that this behaviour might have more to do with marking their territory.

“This is an instinctive behaviour for some dogs that no doubt reaches back into ancestral behaviour. A scraping of scent from paws into the earth post-elimination helps reinforce that the dog was there and left its mark,” Jones explained.

Dogs also dig to stave off boredom and keep cool. Dogs have no problem getting messy, which means they absolutely adore digging around in the dirt.

Even though it’s always a bonus if their tunnelling turns up something interesting, most of the time, dogs dig to keep cool on a hot day or just to keep themselves occupied.

“Dogs love to dig, either for play or to create a cool dirt bowl on a hot day or to relieve stress or boredom. Dogs will have little regard as to where they dig, so you may need to protect your flower beds with young dogs,” Jones told Insider.

If your male dog squats while peeing, that’s actually not unusual. 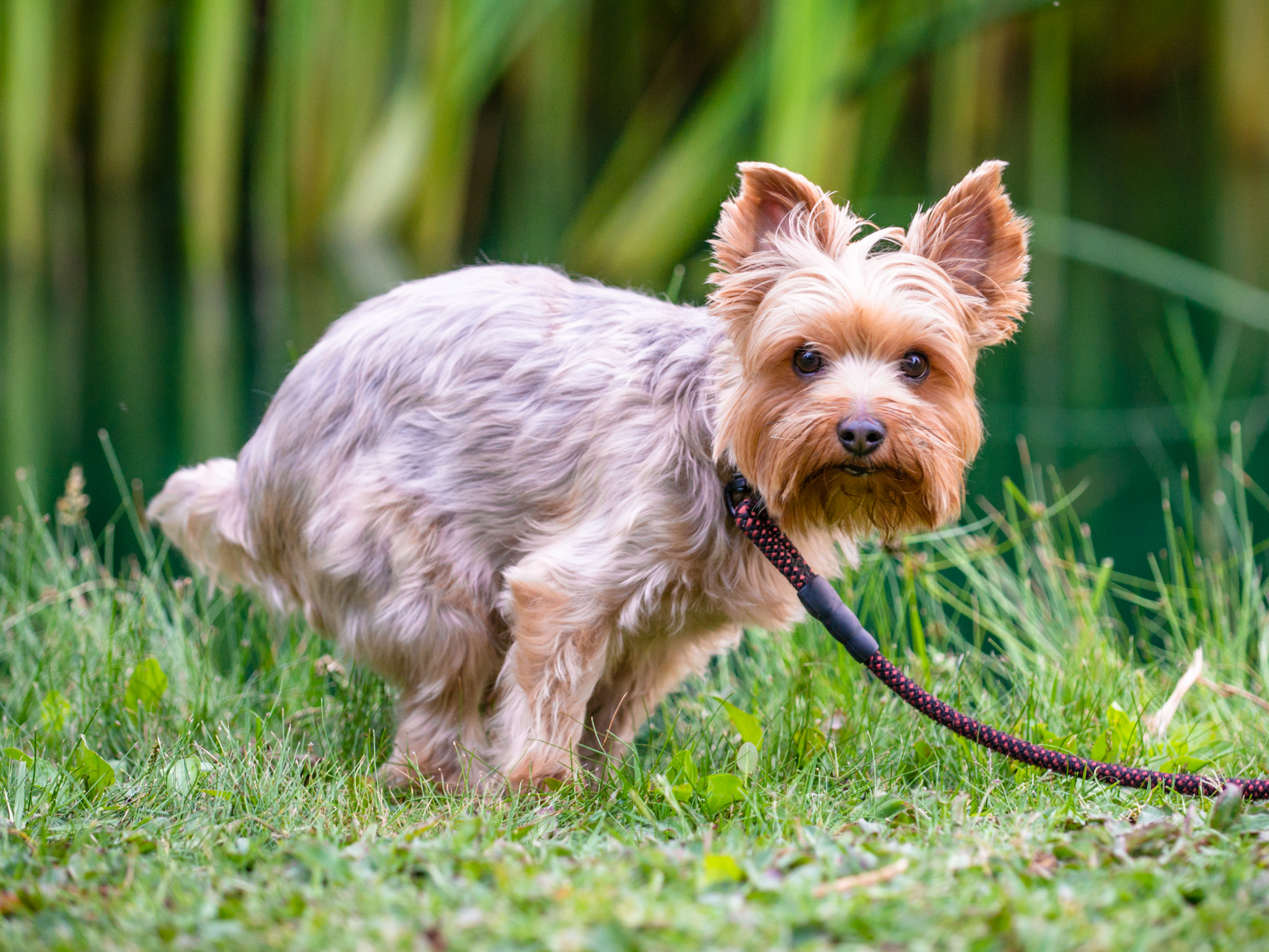 iStockIt can depend on your dog’s development.

Most of the time, we expect to see male dogs lift their legs to urinate and for female dogs to lower themselves to the ground to relieve themselves.

But if your dog doesn’t conform to the norm, they might simply be at a different stage of development than their peers.

“Generally speaking, male dogs will raise a leg to urinate and the females will usually squat to do the same. I have seen both sexes do either and sexual maturity can affect how the dog behaves when urinating,” explained Jones. iStockWhen they sniff another dog’s butt, they learn a lot about the dog.

Although it might seem awkward to humans, sniffing other dogs’ bums is really just a dog’s way of making new friends.

“This is a key way that a dog can tell so much about another dog upon the greeting and, provided both dogs are accepting of this behaviour, should not be interrupted despite our human embarrassment,” Jones said.

A dog’s nose contains over 220 million olfactory receptors compared to the mere 5 million found in a human nose. This super-sniffing ability allows dogs to glean a lot of interesting information when they smell another canine, including whether or not the other animal is in heat.

You may want to get your dog checked by a vet if they’re dragging their bottom. 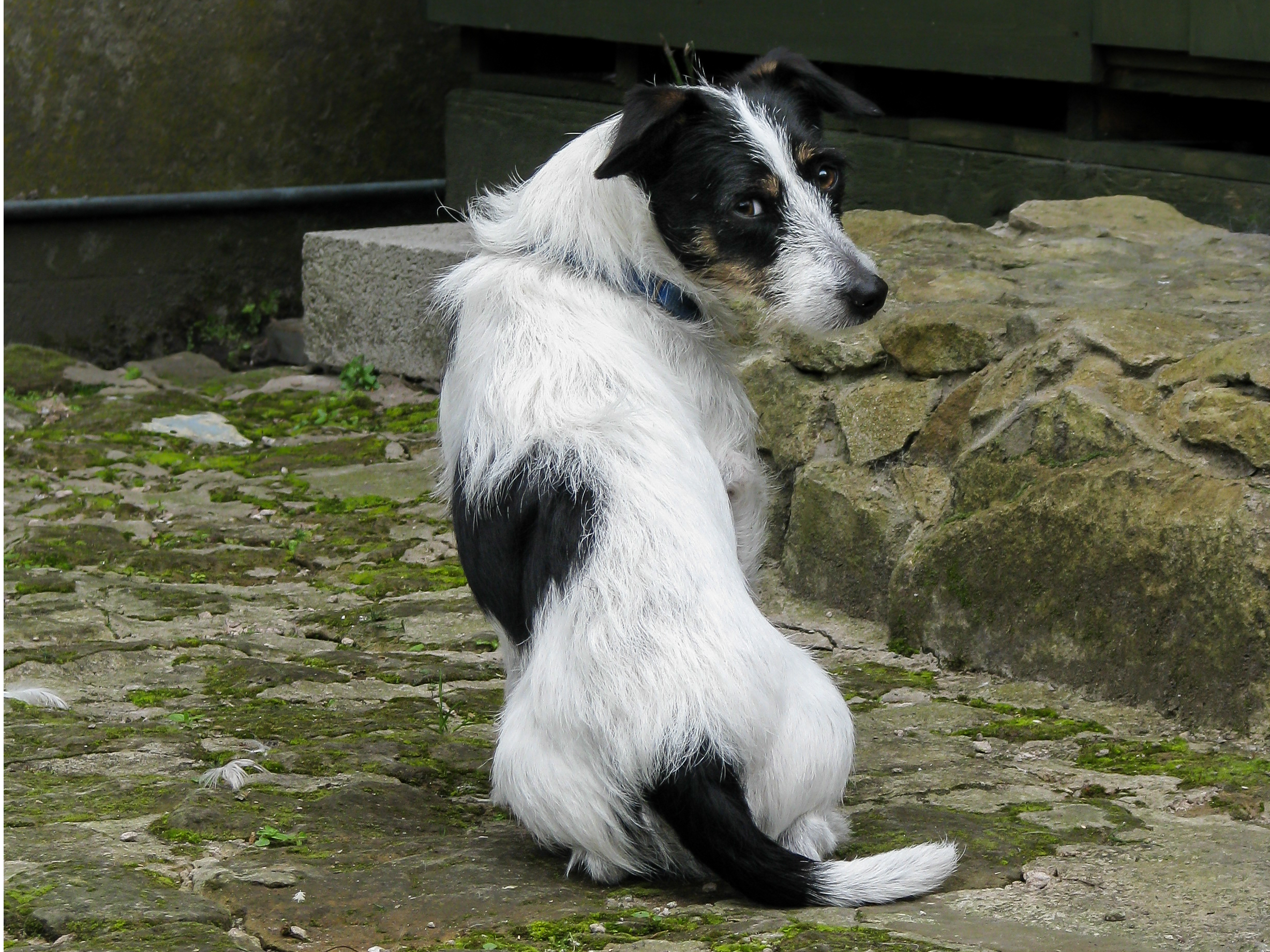 iStockYour dog could also be trying to clean their butt.

If your dog has been dragging their bottom across the carpet, it might be time to check in with your vet.

As Jones explained, “scooting” can sometimes be a sign that something isn’t quite right in your dog’s hindquarters.

“Scooting is usually a response to discomfort and so a vet visit could be in order. The dog may also need a clean in that area, so do a quick check for any matter that needs removing,” he said.

If your dog is constantly chasing its tail, it might be bored. ShutterstockYour dog might be bored if they keep chasing their tail.

Watching a dog chase its tail can be pretty amusing. However, if your dog is constantly running after its own behind, it could be a sign that they are not getting enough mental or physical stimulation.

“This is sometimes an excitable behaviour that isn’t redirected onto something more productive. It can become a bad habit that involves a degree of compulsive behaviour and possibly damage to the tail if unchecked,” Jones told Insider.

Keep your dog busy with plenty of exercise and toys if you notice that tail-chasing has become routine. You should also check your dog’s tail for any damage if you suspect they’re chasing themselves when you’re not around.

Winking isn’t a sign that your dog is being sly. 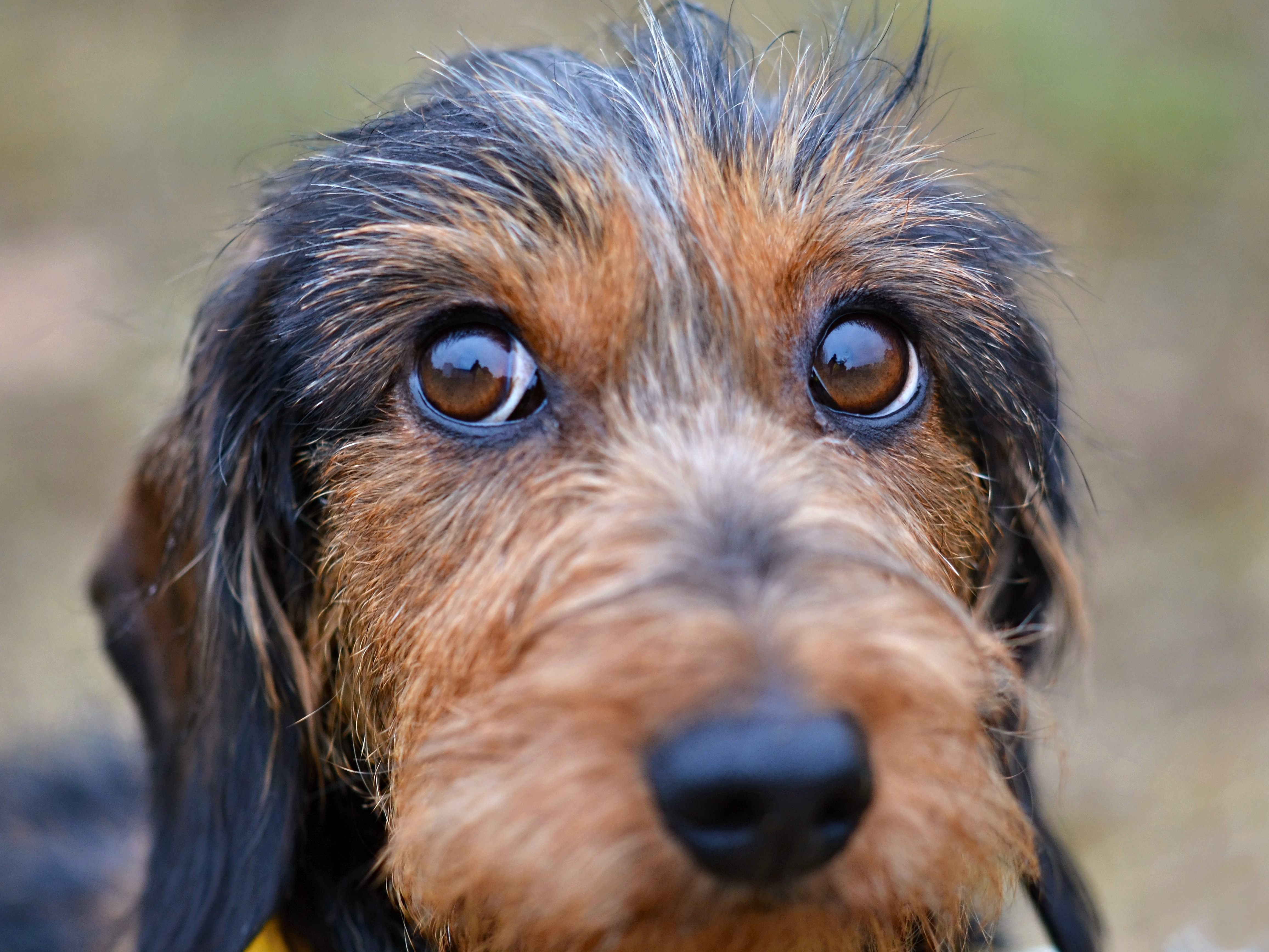 Sadly, your dog probably doesn’t wink in order to let you in on a private joke.

Jones explained that when dogs seem to wink, they’re usually just trying to get something out of their eye or keep their vision clear.

“Winking is usually simply a physical action to wet the eye or clear an irritation,” he told Insider.