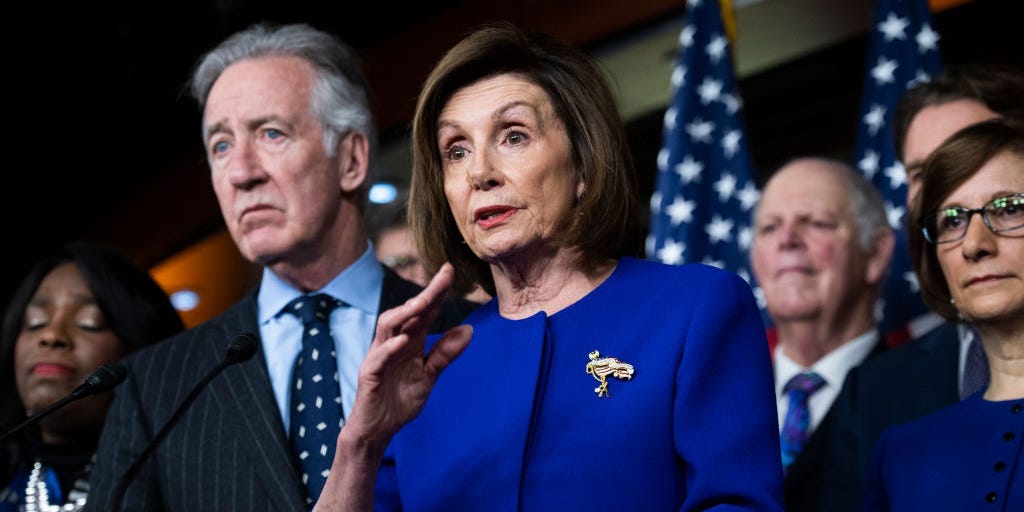 Tom Williams/CQ-Roll Call, Inc via Getty ImagesSpeaker of the House Nancy Pelosi (D-CA), Ways and Means Chairman Richard Neal (D-MA), and other members conduct a news conference in the Capitol.

President Joe Biden called on Congress to extend $US400 ($514) weekly unemployment benefits through the end of September. The House Ways and Means Committee heard the president’s request and included the weekly benefits – but it cut them off a month early.

Unemployment benefits are set to expire on March 14 if Congress does not pass a stimulus package before then, putting 11.4 million Americans at risk of losing needed aid.

“Over the last two days, the Ways and Means Committee has considered aggressive, science-based solutions that will deliver the urgent relief our country so desperately needs,” Committee Chairman Richard Neal said in a statement following the advancement of the bill. “From unemployment benefits to health care affordability, the work we’ve done is substantial, and it is exactly what the American people have been calling on us to do to meet this moment.”

However, lawmakers and experts expressed concern at the benefits cutting off in August.

The committee’s bill also includes $US1,400 ($1,800) stimulus checks, and Sen. Ron Wyden of Oregon told Bloomberg last Tuesday that he will “fight like hell” to get approval for both the stimulus checks and six months of unemployment benefits.

The Congressional Budget Office on Monday released a breakdown of the spending in the Ways and Means Committee’s bill. It reported that the legislation would increase premium rates for multiemployer pensions, which Marc Goldwein, head of policy at the nonpartisan Committee for a Responsible Federal Budget, said is taking money away from unemployment benefits.

“That multiemployer pension bailout in the bill cost about $US56 ($72) billion, which would be enough to extend unemployment benefits to the end of September, and possibly a bit further,” Goldwein told Insider.

Goldwein said the inclusion of pension funding has nothing to do with COVID-19 relief, and although a solution is needed for multiemployer pensions, including them in the pandemic relief package is only diverting money from relief directly related to the pandemic.

The bill cannot include both pension aid and six months of unemployment benefits because the committee has a $US940 ($1,209) billion cap within Biden’s $US1.9 ($2) trillion pandemic package.

Goldwein suggested using automatic economic triggers – budget features that offset economic fluctuations – that phase down based on the level of the public health emergency. If triggers can’t be used, providing the benefits through the end of the calendar year with a taper could be an alternative, he said.

“Trying to get this to the end of the year would make sense,” Goldwein said. “Only getting to August makes very little sense as both an economic issue and a legislative issue. It’s not a good time to have a cliff.”

At the August cutoff, 13.5 million Americans on Pandemic Unemployment Assistance and Pandemic Emergency Unemployment Compensation would lose access to aid.