Presented by Xerox. With Xerox, you’ll be ready for real business Find out how.

Cloud computing is hot these days, with nearly every enterprise vendor using the term. In some cases, companies even use it to describe products they’ve sold for years. Oracle’s Larry Ellison tried to resist — a couple of years ago, he famously called the hype about cloud computing “complete gibberish” — but now even Oracle has gotten on board.So what is cloud computing and why are businesses embracing it?

What Is The Cloud?

At its simplest, cloud computing means that users are connecting to applications that run on a set of shared or pooled servers, rather than running on a single dedicated server.

This is a subtle but important change from the client-server computing that has dominated IT for the past 20 years, where each application was “assigned” to a particular piece of hardware in a data centre. If that hardware was down, the user either had to connect to a backup (which had to be standing by and ready) or would suffer an interruption in service.

In the earliest instances, these shared resources were physically located away from the company’s premises, and users would connect to them over the public Internet. For instance, a user would connect to Salesforce.com or Rackspace to run business management apps or email, or a developer would tap into Amazon’s Web servers for storage and computing power.

So the “cloud” in cloud computing was the Internet, which is often represented with a physical cloud on software design and networking charts.

But in the last two or three years, vendors like Microsoft and IBM have been pushing the idea of “private clouds.” These are sets of servers run by large companies or government agencies for the exclusive use of their employees, who usually connect to them over a private area network.

In addition to public and private clouds, several types of services are often lumped together under the term.

What Are The Benefits?

So why are so many businesses embracing cloud computing?

Cloud computing isn’t a perfect panacea — with public clouds, companies still have reason to worry about data security and support, and proprietary lock-in to a particular cloud vendor’s solution is a concern with both public and private clouds.

But overall, the trend is clear — cloud computing is here to stay. 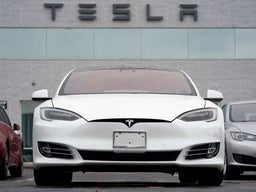 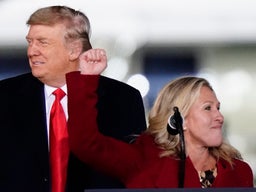