20 million more unemployed and the stock market is rising? Why?

Our goal is to provide you with insight and analysis about the big stories of the day – “Insider in your inbox.”

Thanks as always for reading. Please feel free to reply to this email and tell us what you like or don’t like, and we’ll evolve and improve as we go. And if you’re enjoying the newsletter, please forward to your friends.

Flynn and Bridgegate: Two more steps down the path to dictatorship 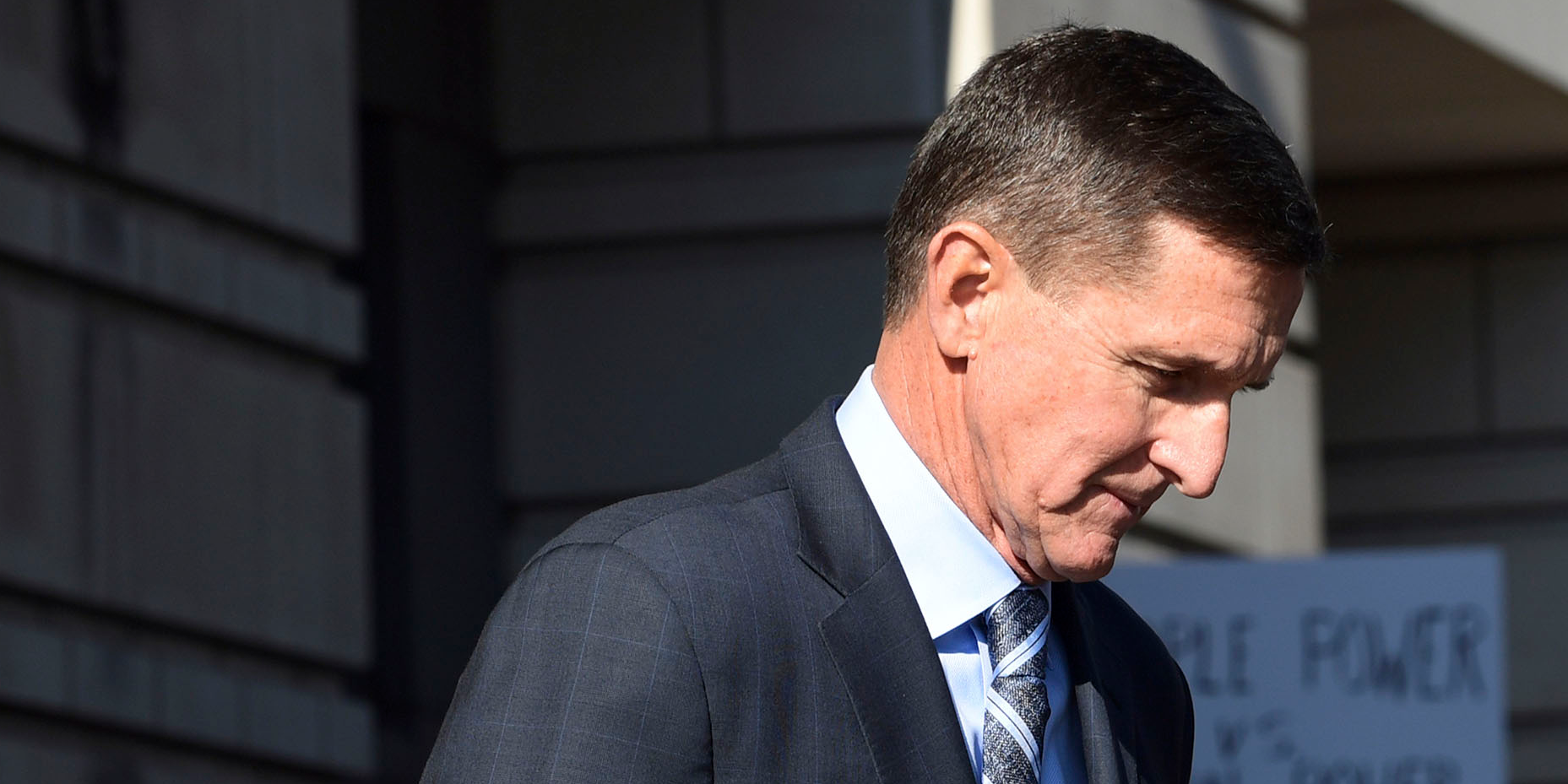 What does a corrupt government official have to do to be convicted of a crime?

They can do things you can never do-lie to investigators, deploy government resources to punish their enemies, cheat to win an election-and they will never be punished.

On the same day the Supreme Court unanimously threw out the convictions of two New Jersey officials who’d been found guilty in the Bridgegate scandal, finding that while shutting bridge lanes to punish a rival of Gov. Chris Christie was “corrupt” and an “abuse of power,” it wasn’t a federal crime because they didn’t do it to gain money or property.

These two cases are terrible news for anyone who worries that elected officials could corrupt the administration of government and justice without consequence.

Career intelligence and criminal justice officials were stunned by the Flynn decision, calling it an unprecedented abandonment of a successful prosecution. But it’s hardly a surprise, given what Trump and Barr have done already.

This Administration has worked to lighten punishments, pardon, or drop cases against almost every person accused of crimes related to Trump’s election, and has persecuted and harried almost every prominent official – including career government employees – who has participated in investigations of Trump.

The president has turned the Department of Justice into his personal law enforcement agency, politicized prosecutorial decisions that used to be nonpartisan, and allowed his friends and allies to commit crimes that others wouldn’t be allowed to.

These are textbook examples of the corrupt administration of justice. And they’re putting the United States well down the road toward the corrupt authoritarian cronyism we’ve long decried in other countries.

The Bridgegate decision, along with an earlier ruling throwing out the conviction of Virginia Gov. Bob McDonnell, represents the Supreme Court – and thus all federal courts – throwing up their hands about corruption and abuse of power. According to the Bridgegate ruling, when Christie’s lackeys punished his political enemy, lied about it, and endangered public safety, they were just officials “exercis[ing] their regulatory power.”

After yesterday, corrupt presidents and governors now know that, like Trump, they can do whatever they want to help their friends and harm their foes, and there will apparently be nothing-literally nothing-that another branch of government can do to stop them. The only remedy will be the next election.

And yet, and yet – even the next election may not be a remedy!

Often, as with the Russia, Ukraine, and Bridgegate scandals, the purpose of the executive corruption is to try to unfairly win the election. This leaves us with the unappealing conclusion that a corrupt president could cheat to win an election, use the power of the office to ensure he and none of his minions are punished for that cheating (and even to use his office to punish anyone who accuses him of cheating), and then cheat to win reelection.

That’s not the America we’re supposed to live in. That’s an executive dictatorship. – DP

After a horrific month in which nearly 21 million Americans lost their jobs, why is the stock market still going up?

April was the worst month for job losses in the history of the country.

More Americans lost their jobs last month than during the entire financial crisis from 2007-2009-or during any downturn in the past 80 years. 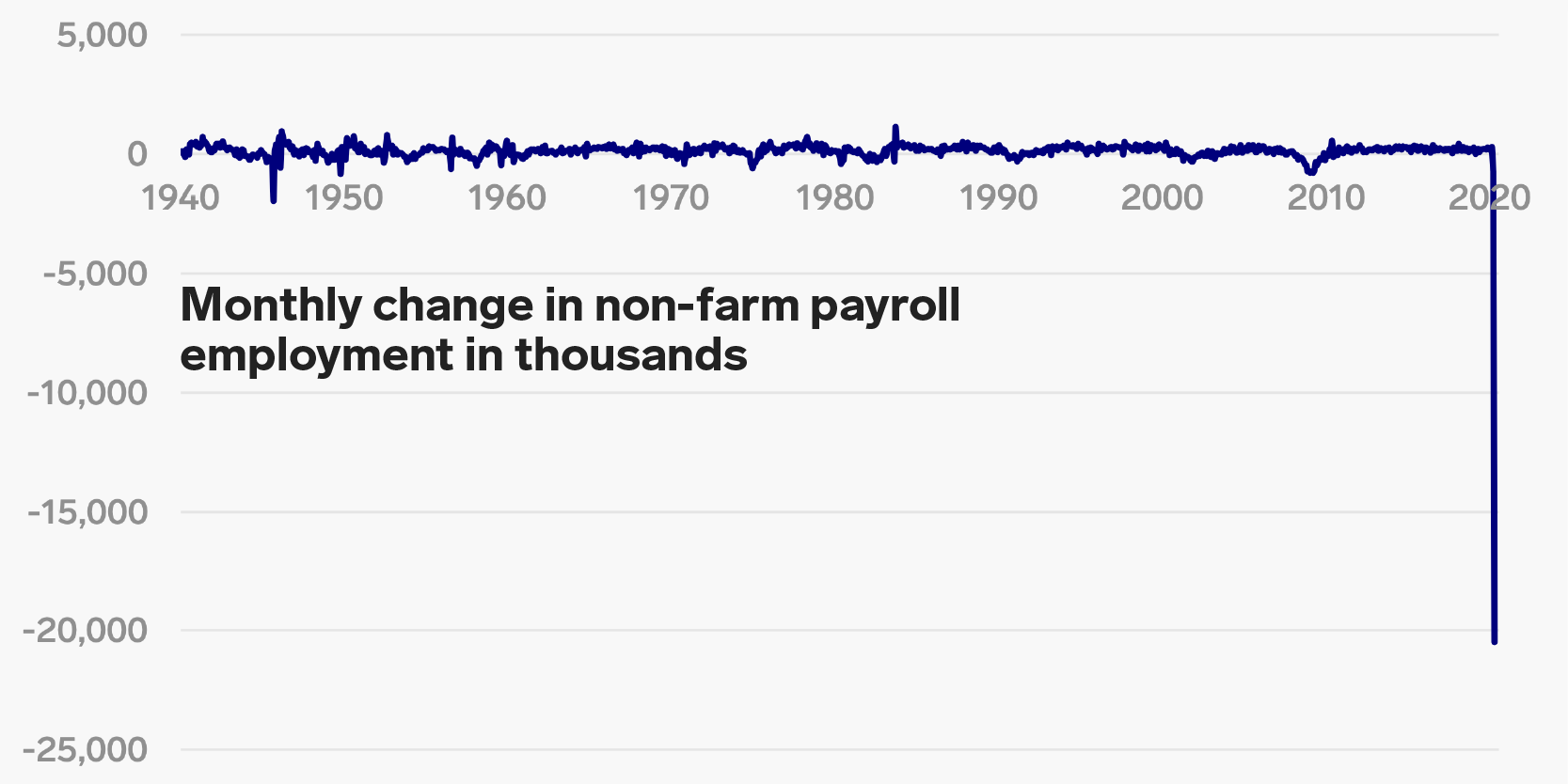 Our official unemployment rate is now 14.7%, the highest since the Great Depression. Moreover, as Insider’s Carmen Reinicke explains, this rate only counts people who are actively looking for work and not finding it, so it likely a significant undercount, since it excludes the Americans who want to be working but aren’t even looking. 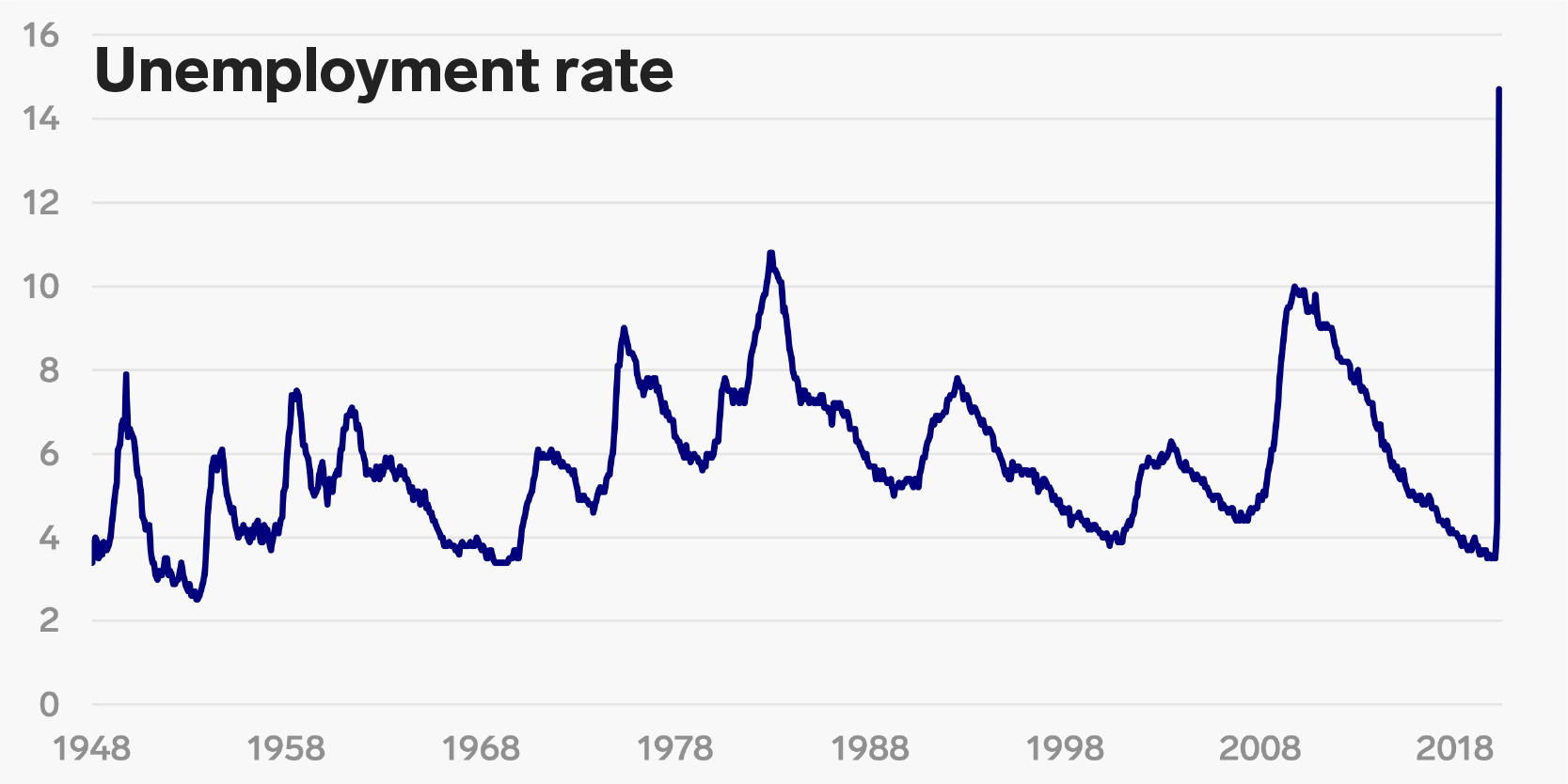 The “employment to population” ratio also dropped to a record low. Only about half of Americans – 51% – are employed right now. The peak of this measure was about 64% in 2000.

The only bright spot is that about 18 million of the 20.5 million job losses are considered temporary. At least for now, these folks think they will be rehired when the economy improves.

This devastating jobs report raises a reasonable question that has come up often in the past few weeks:

Why, in the face of this economic and social calamity, is the stock market going up?

Back in February and March, as the pandemic ravaged one industry after another, the stock market plunged by a third in five weeks.

Since then, the news has seemed to have only gotten worse.

And yet, since bottoming in mid-March, the stock market has risen steadily. Now, six weeks later, it has recovered about two-thirds of its losses and is not far below its all-time high.

Well, first, stock prices generally reflect investors’ assessments about the future, not the past. As horrific as the economic news has been over the past six weeks, it has actually been better than some investors expected it might be back in mid-March.

Some economists, moreover, believe that we’ve already experienced the worst of the impact of the pandemic and that the economy will improve from here.

Second, the government’s fast, aggressive financial response to the crisis – in the form of emergency aid packages from the Treasury and Congress and emergency liquidity from the Federal Reserve – has significantly limited the potential economic damage.

The government aid packages haven’t saved all jobs (by a long shot), and they won’t save all US businesses, but they have helped save a lot.

In fact, one of Wall Street’s best economists, Jan Hatzius of Goldman Sachs, estimates that the various forms of government aid – including enhanced unemployment benefits – will actually more than offset the income Americans have collectively lost this year. This aid will not be shared equally, so there will still be plenty of individual pain, but, in aggregate, a lot of the economy’s consumer spending should be maintained. 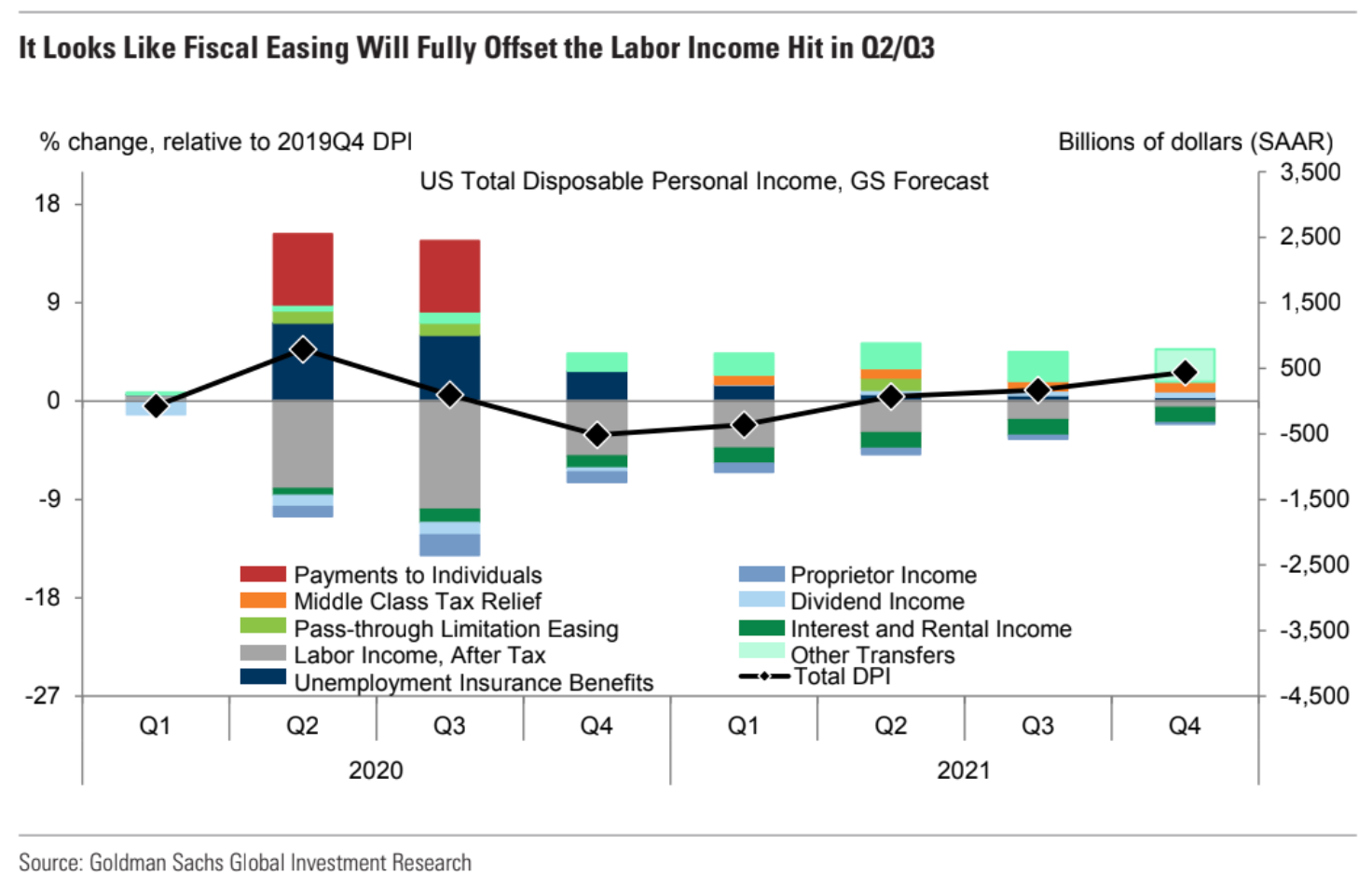 So, in short, for now, the reason the stock market is rising is that some investors believe we’ve seen the worst of the impact and that the situation will improve from here.

Other investors, meanwhile, think there’s more bad news to come and that those hoping for a quick recovery will be disappointed. The most famous investor on the planet, Warren Buffett, appears to be in this camp.

Which investors are right?

We’ll see. No one has a crystal ball, and the endless challenge of trying to predict the future better than other investors is one reason the stock market is so fascinating.

In the meantime, our sympathies to the tens of millions of Americans who have lost their jobs in this crisis. We all hope that the optimists are right, that the worst is over, and that we can rebuild our economy quickly from here. – HB

Nothing about solving this pandemic is going to be simple. Insider’s Bill Bostock has a fascinating, alarming story about the hidden bottleneck in the COVID-19 vaccine supply chain: glass vials.

“The process of bottling vaccines is known in the industry as ‘fill-and-finish,’ and is invariably the main reason for vaccine delays,” Bostock writes. The vials must meet exacting manufacturing standards, and there’s no easy way to quickly scale up production to supply the billions of containers that will be required. – DP

Flying these days is even worse than you imagine 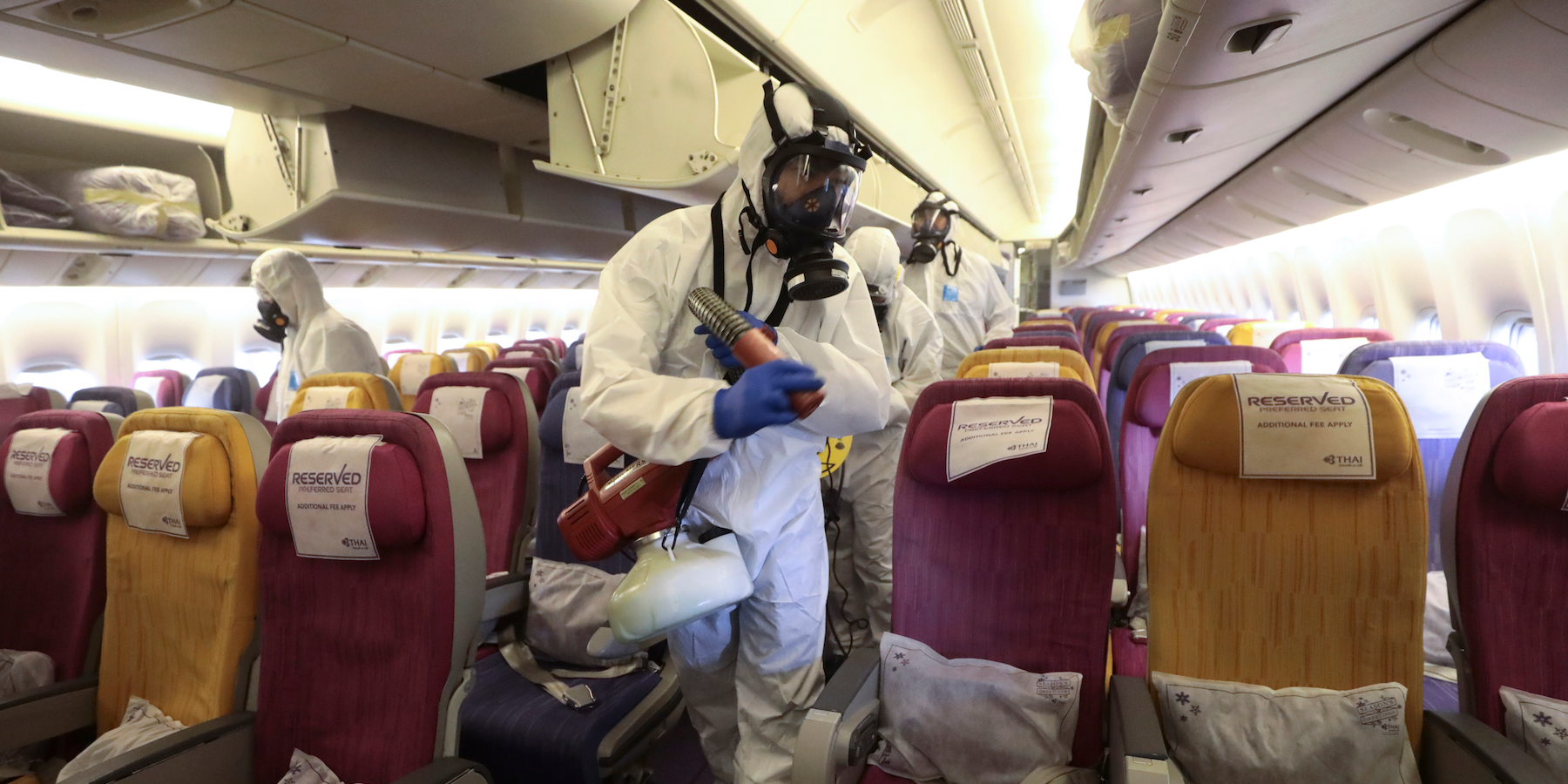 Masks, hostility, sanitizer everywhere, shouting matches in the terminal. And don’t even think about the bathrooms. Here’s the surreal, miserable experience of taking a flight during the pandemic. – DP

What if Hillary had never married Bill?

Rodham by Curtis Sittenfeld, which comes out later this month, has the greatest premise of a political novel since The Manchurian Candidate: Hillary Rodham met Bill Clinton, fell in love, but never married him.

Told from Hillary’s perspective, Rodham spins out the monumental consequences of that small decision: American history turns out very differently (and sometimes not so differently). It’s also delightful to read.

Rodham is definitely the book your mum will be talking about this summer, so buy it yourself, read it, and pass it on.– DP 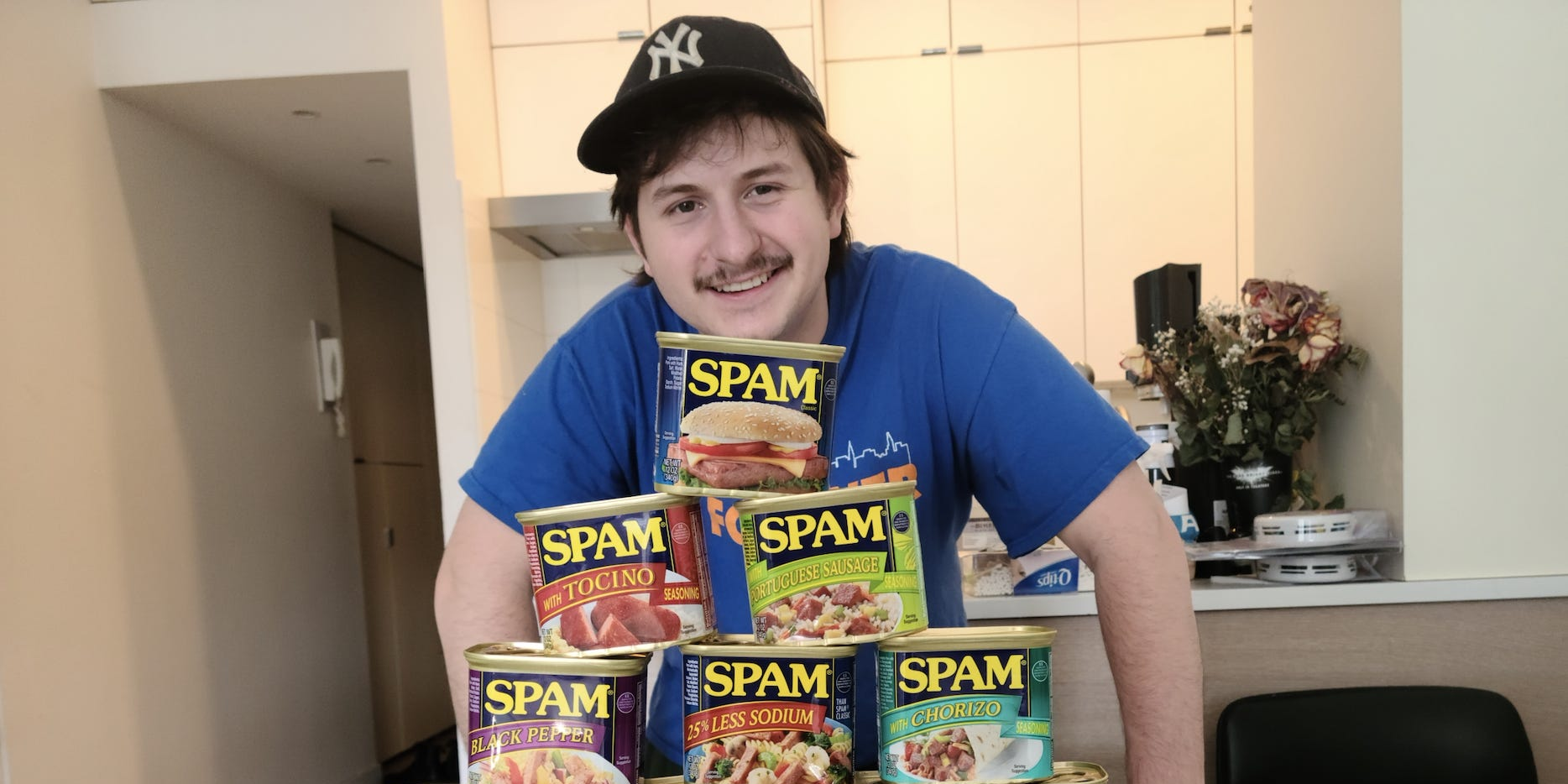 Two arrested in the Georgia killing of an unarmed jogger, charged with murder

The Georgia investigators say they “pretty quickly” recognised probable cause in the shooting of an unarmed African-American jogger.

A few employees who need to work in the office will return in June or July, and everyone else will stay remote. Facebook announced a similar policy the same day.

He tasted all 15 flavours of Spam

Insider’s Lucien Formichella did it in one day, and lived to tell the tale.

*The most popular stories on Insider this morning.

Thank you for reading! Please let us know what you think. If we think other readers will enjoy your note, we’ll publish it!


To view this newsletter on our site, click here.