Whole Foods is shaving down some workers' paid breaks from 15 minutes to 10 minutes, the latest in a string of changes to employees' benefits 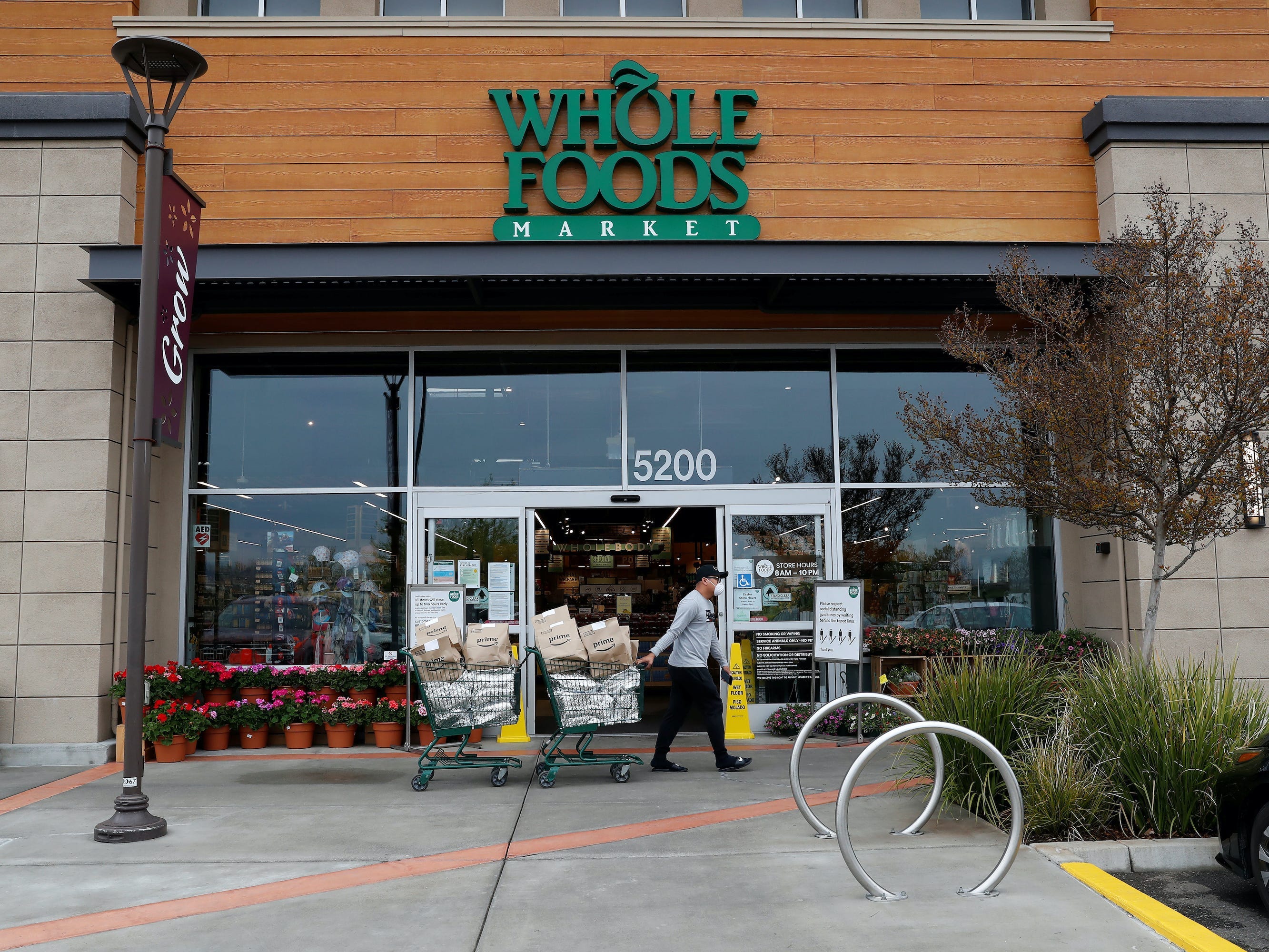 Whole Foods is chopping break times for some of its employees from 15 minutes to 10 minutes, the latest in a string of changes at the Amazon-owned grocer.

According to Vice’s Lauren Kaori Gurley, Whole Foods has issued a new policy for workers in parts of Southern California, the Midwest, the Mid-Atlantic region, and the South, trimming paid breaks during their shifts. Rather than two 15-minute paid breaks per eight-and-a-half-hour shift, those workers will now have 20 minutes total per shift.

The policy also requires workers to take a 30-minute unpaid break if their shift exceeds a certain number of hours.

As Vice points out, the changes will amount to workers losing more than 40 hours of paid break time each year, and the mandated, unpaid break could result in employees working longer hours for the same amount of money.

“This updated policy will provide the vast majority of Team Members with more break time throughout their workday,” the spokesperson said. “It is part of our ongoing work to streamline regional policies and processes in order to create clear and uniform policies for Team Members across all regions.”

The new rules come as Amazon has recorded record profits in 2020 as a result of demand from the coronavirus pandemic, and are among several changes to Whole Foods’ employee benefits over the last two years.


Read more:
Whole Foods is adopting a new employee dress code, and some workers say it’s a move to ‘sterilise’ the company

In 2019, the company announced it was cutting healthcare benefits for part-time workers, which was offered to part-time employees who worked at least 20 hours per week. A Whole Foods spokesperson said at the time that the change affected just under 2% of the company’s workforce.

In the early weeks of the coronavirus outbreak, Whole Foods offered employees hazard pay for working on the front lines of a pandemic. But the program ended last June and has not been reinstated, despite COVID cases in the US continuing to rise. The company gave employees a $US500 bonus in July and a holiday bonus of up to $US300.

And in November, Whole Foods announced a new dress code that placed stricter limits on what employees could wear to work. Employees told Insider at the time that the new policy was bringing down morale and that it felt like the company was “cracking down on overall enjoyment.”

Whole Foods employees, and grocery store workers more broadly, have been on the front lines of the pandemic for roughly 10 months. As of November, more than 17,400 grocery workers had been infected by or exposed to the coronavirus since the start of the pandemic and over 100 have died, according to the United Food and Commercial Workers, a union that represents nearly 1 million grocery workers.

As COVID cases ticked up again in the fall and the holidays brought increased traffic into stores, Whole Foods workers told Insider that they were feeling scared, stressed out, and exhausted.

). We can keep sources anonymous.