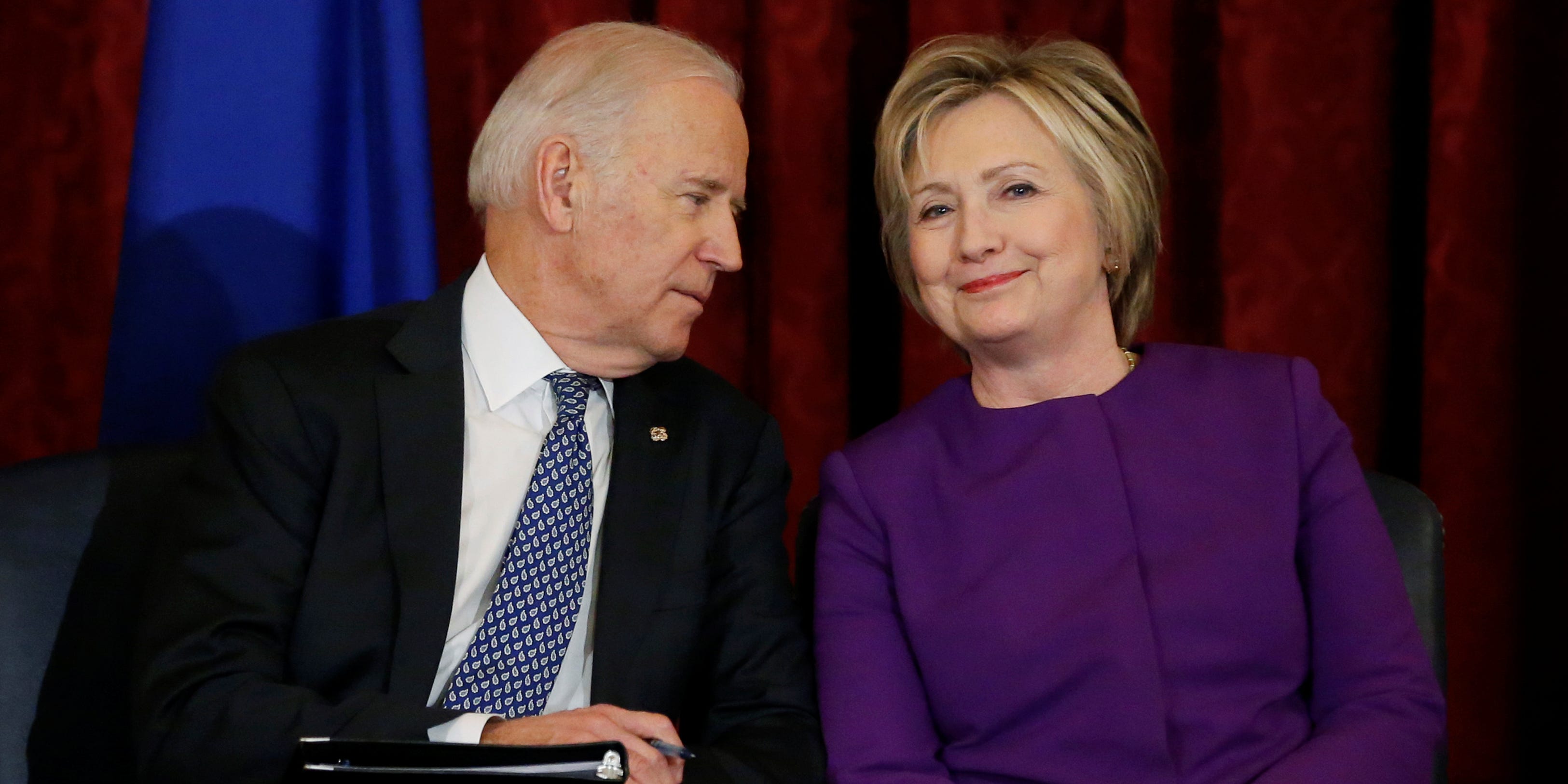 ReutersFILE PHOTO: Biden and Clinton attend a ceremony to unveil a portrait honouring retiring Reid on Capitol Hill in Washington

The results of the 2016 presidential election were a shock to pollsters and experts around the country: How could the polls and predictions be so wrong? In fact, the New York Times famously had Hillary Clinton’s chances of defeating now-President Donald Trump at 91% just three weeks before the election.

As of Sept. 29 with 35 days until the election, the New York Times released a followup of what the electoral college could look like in 2020 if the same mistakes were made by newspapers and pollsters alike.

Landmark this week- This is the first time I've seen @nytimes measure for "what if state polls are as wrong as they were in 2016" still show a Biden victory. https://t.co/u7LKyehfVA pic.twitter.com/QMophz4dtL

The mistakes from 2016 include:

According to the New York Times, if all polling translates perfectly into votes (which the Times notes realistically will not happen), then Biden will receive 359 electoral votes â€” much more than the 270 necessary to win the presidential election.

Have pollsters and experts learned from 2016? It’s unclear.

FiveThirtyEight recently said that presidential primary polls in 2020 had a weighted average error of 10.2 percentage points â€” about the same as the 2016 presidential primaries. The same FiveThirtyEight report also noted that in the final 21 days of the election in all races since 1998 that ended in 6-10 point margins â€” the approximate lead that Biden currently holds with less than 35 days to go â€” polls have been right 84% of the time.

Pollsters and experts alike have adjusted their models since 2016, but as FiveThirtyEight points out, the closer and the tighter the race is the higher the likelihood of an upset or results which differ from polls.

As the New York Times suggests, “there’s no reason the polls couldn’t be off by even more than they were four years ago.”