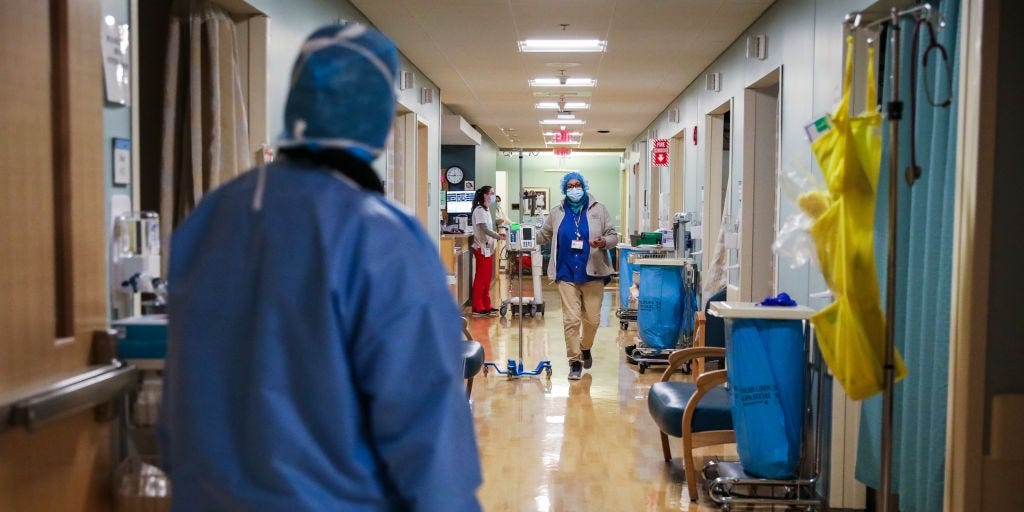 Erin Clark/Boston GlobeHospitals scaled back their operations significantly during the coronavirus pandemic, and some are ready to resume surgeries and checkups put on hold.

The World Health Organisation has reported the highest daily spike in coronavirus cases since the pandemic began, the BBC reported.

“In the last 24 hours, there have been 106,000 cases reported to WHO – the most in a single day since the outbreak began,” Director-General Tedros Adhanom said on Wednesday, according to the BBC.

There are five million coronavirus infections globally, with more than 328,000 deaths.

The numbers come as several other countries report increases in their coronavirus cases.

According to CNN, Brazil recorded its highest number of coronavirus cases on Wednesday with 19,951 new cases in the past 24 hours. The country now has 291,579 confirmed cases, the third-highest behind the US and Russia.

According to the BBC, the director-general also said that almost two-thirds of the new cases were from just four countries.

He did not specify the countries, according to NBC News, citing the WHO, “the countries with the highest numbers of confirmed cases are the US, Russia, Brazil, and the UK.”

The US still has the highest number of coronavirus cases and deaths globally. More than 1.5 million cases and 93,000 deaths were recorded in the US alone.