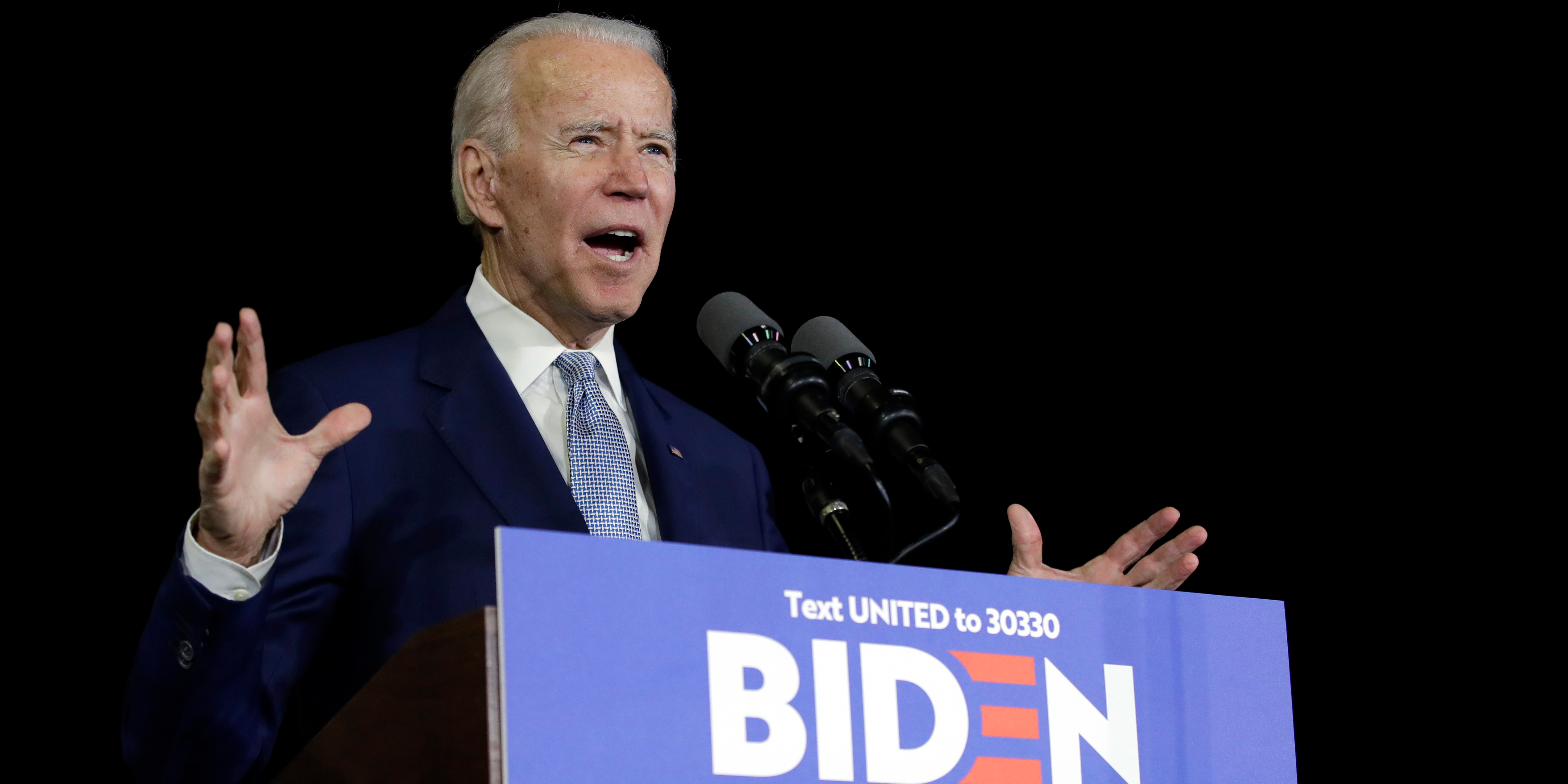 As former Vice President Joe Biden speeds toward securing the Democratic presidential nomination, internal campaign sources gave the news website Axios a list of names Biden is weighing for Cabinet roles and other top positions within an administration.

According to Axios, the Biden campaign is leaning toward a “Return to Normal” plan to undo President Donald Trump’s policies and reinstate much of the political apparatus that existed during the Obama years.

Here are some of the people Biden is considering for senior positions, per Axios:

Biden’s campaign got a critical boost last week when the former vice president swept up victories in 10 out of the 14 US states that voted on Super Tuesday.

The momentum is likely to carry Biden into a series of critical primaries on Tuesday, March 10, and the following Tuesday, March 17. The former vice president had a shaky start to his campaign with disappointing finishes in the early-voting states of Iowa, New Hampshire, and Nevada, where he was demolished by Sen. Bernie Sanders of Vermont.

But a rousing victory in South Carolina rebooted Biden’s campaign, and he now leads the Democratic field in pledged delegates heading into the party’s convention this summer.

Following Biden’s rout, a wave of top-tier candidates dropped out, including Buttigieg, Bloomberg, Warren, and Sen. Amy Klobuchar of Minnesota.

Biden also benefited from winning rapid endorsements from Buttigieg, Klobuchar, and Bloomberg, largely consolidating the moderate vote around his candidacy. Warren has declined to endorse anyone so far, but both Biden and Sanders are duking it out for her backing.

The former vice president’s momentum from Super Tuesday could now translate to a win in Michigan. According to FiveThirtyEight’s average of polls, Sanders had a double-digit lead over Biden in Michigan on Super Tuesday. By Friday, however, Biden was ahead of Sanders – 37.8% to 30% – in the state.

Sanders was the top choice for 57% of voters under age 45, but Biden was the favoured candidate for 70% of voters over 45.

The poll was conducted on Thursday after Warren announced she was dropping out of the 2020 race. It had a margin of error of plus or minus 3 percentage points.