Get To Know John Oliver: 'The Daily Show' Correspondent Leaving For HBO Ethan Miller/Getty‘Senior British Correspondent’ John Oliver was being groomed to succeed Jon Stewart before HBO gave him his own satirical news show.

On Thursday, John Oliver announced he would be leaving his correspondent position at “The Daily Show” after seven years to host a similar-sounding show for HBO.

Oliver won rave reviews when he filled in for Jon Stewart for 12 weeks over the summer, which is what sold HBO on hiring the comedian.

“We weren’t otherwise searching for another weekly talk show, but when we saw John Oliver handling host duties on ‘The Daily Show,’ we knew that his singular perspective and distinct voice belonged on HBO,” said Michael Lombardo, president of HBO Programming.

The new show will be a satirical look at the week in news, politics and current events airing Sunday nights starting in 2014.

Oliver commented, “I’m incredibly excited to be joining HBO, especially as I presume this means I get free HBO now. I want to thank Comedy Central, and everyone at ‘The Daily Show’ for the best seven and a half years of my life. But most of all, I’d like to thank Jon Stewart. He taught me everything I know. In fact, if I fail in the future, it’s entirely his fault.”

So what do you need to know about John Oliver before tuning in?

2001: John first appeared at the Edinburgh Festival Fringe as part of The Comedy Zone, a late-night showcase of newer acts. By 2002, he had a solo show at the comedy festival, where he would continue to perform for years to come. 2004: He started collaborating with Brit comedian Andy Zaltzman on 'Political Animal,' a political radio show. By 2006, the show was picked up by BBC Radio 4, giving the comedians a broader audience. Jon Stewart became aware of the radio show by his English friend, Ricky Gervais, and liked what he heard. 2006: So, Stewart brought John to New York City and made him Senior British Correspondent on 'The Daily Show,' where he often criticised American culture and satirized his British roots. 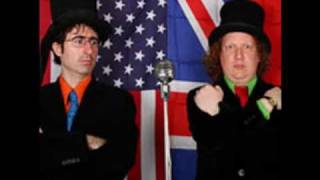 2008: John was one of the many writers on the picket lines during the Writers' Guild strike which brought 'The Daily Show' to a halt, but he was on the show when it resumed production that January. 2008: Oliver was given his first film role, playing Dick Pants in 'The Love Guru.' 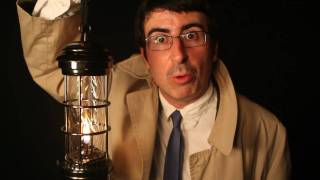 2009: John said of his immigration status: 'It's an ongoing, and slightly unsettling, battle to be honest. I tried engraving 'Give me your tired, your poor, and your aspiring comic performers' into the base of the Statue of Liberty, but apparently that's not legally binding.' October 2009: John announced that he 'finally got approved for his green card,' saying he can now 'get arrested filming bits for 'The Daily Show.'' 2009-2011: John played Dr. Ian Duncan, a psychology professor, on NBC's 'Community.' He declined becoming a regular cast member because he did not want to leave 'The Daily Show.' 2011: John was the voice of Vanity Smurf in 'The Smurfs' feature film. Sofia Vergara, Katy Perry and Neil Patrick Harris also voiced Smurfs in the film. October 2011: John married Kate Norley, an Iraq War veteran, whom he met at the 2008 RNC where he was doing a piece for 'The Daily Show.' Norley was campaigning with Vets for Freedom and she and other vets hid John from security. March 2013: When Jon Stewart announced he was taking a 12-week summer hiatus from 'The Daily Show' to direct a movie, John Oliver was named as his replacement. He won rave reviews. He's already won three primetime Emmys for his writing on 'The Daily Show.' November 2013: Oliver announces he is leaving 'The Daily Show' to host a similar satirical news show on HBO, premiering in 2014. He is a huge fan of Liverpool F.C. and the New York Mets baseball team. John Oliver just got his big break ... see who else got a second shot.