Elizabeth Warren is running for president in 2020. Here's everything we know about the candidate and how she stacks up against the competition. 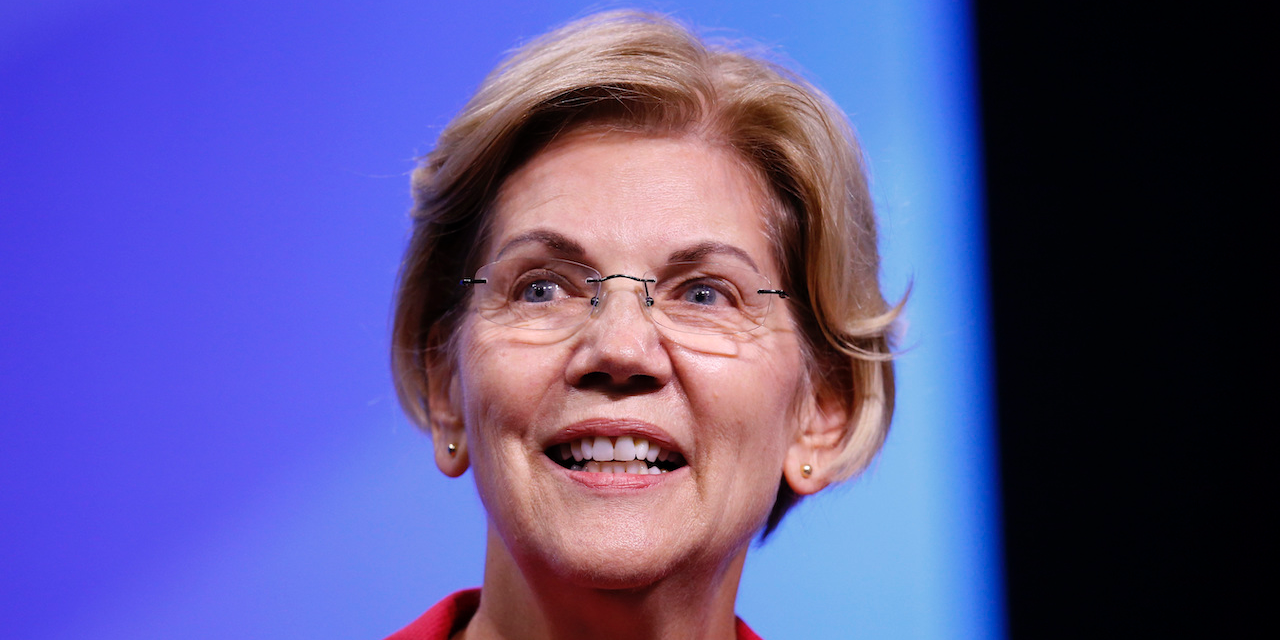 Who is Elizabeth Warren?

Current job: US Senator from Massachusetts.Running for president of the United States as a Democratic candidate.

Previous jobs: Advisor to President Barack Obama on the Consumer Financial Protection Bureau from 2010 to 2011. Chair of the congressional oversight panel of the Troubled Asset Relief Program (TARP) from 2008-2010. Tenured law professor at Harvard Law School from 1993 to 2013.

Who is Warren’s direct competition for the nomination?

Based on a recurring series of national surveys we conduct, we can figure out who the other candidates competing in Elizabeth Warren’s lane are, and who the broader opponents are within the party. 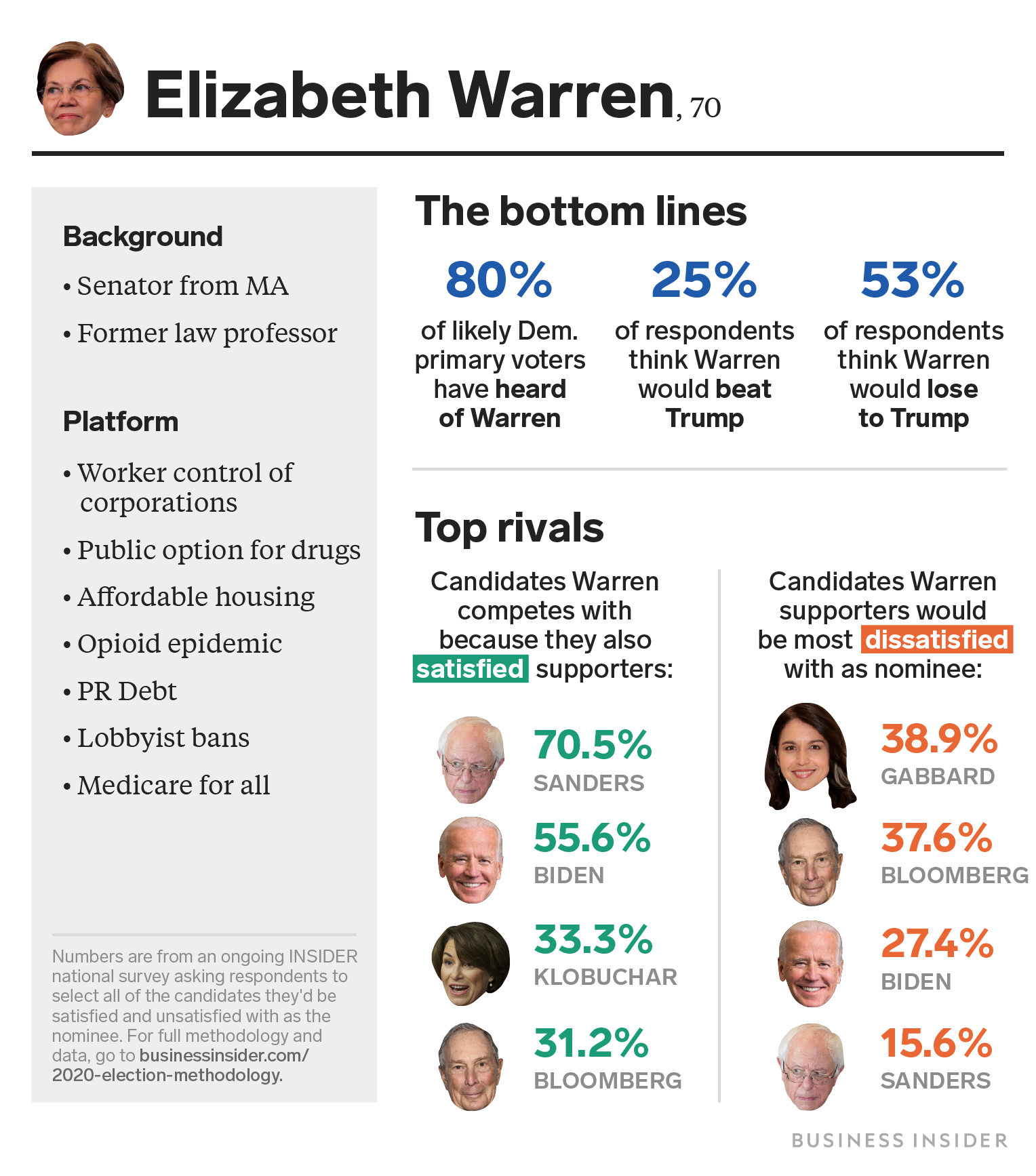 What are Elizabeth Warren’s political successes?

Where does Elizabeth Warren poll best? 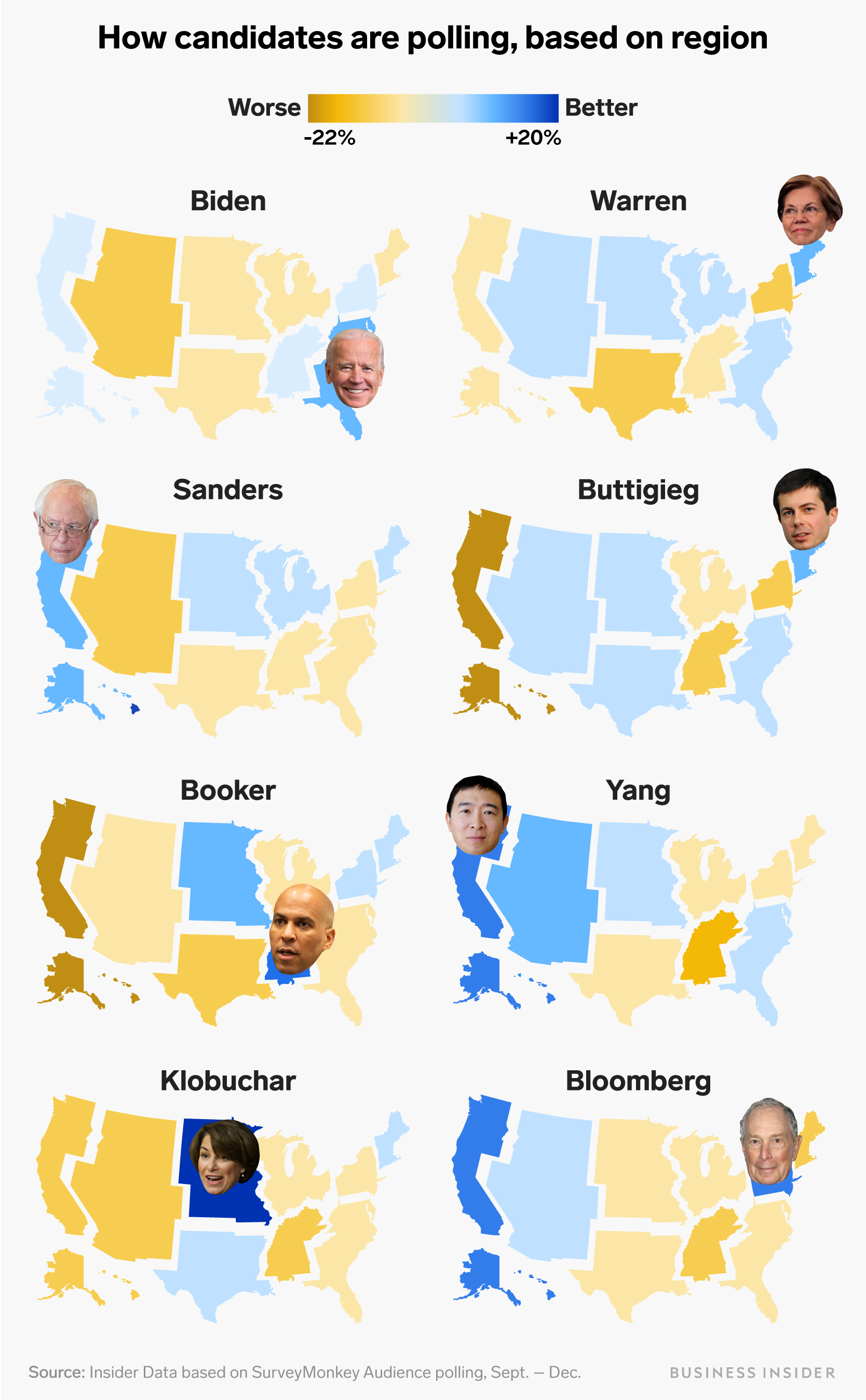 How is Elizabeth Warren viewed by different wings of the Democratic party? 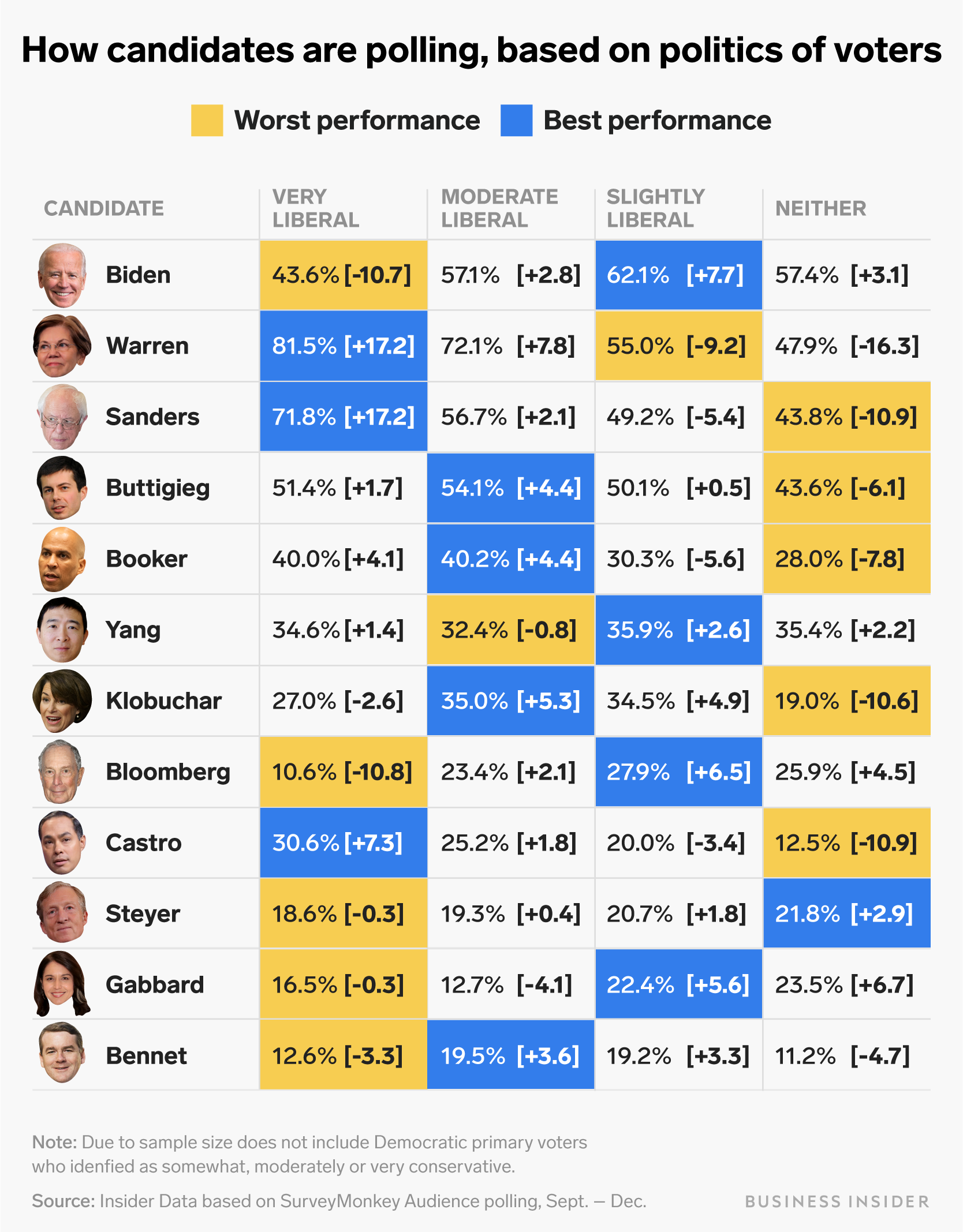 How much money has Elizabeth Warren raised?

Warren raised about $US300,000 from 9,000 donors on the day she announced her presidential exploratory committee on December 31, 2018.

How is Elizabeth Warren viewed by voters compared to the competition?

INSIDER has conducted a number of other polls to check in on how these candidates are perceived in comparison to one another. When we asked respondents to one poll to rank how far to the left or to the right they considered the candidates, Warren was generally considered to be one of the more left-leaning candidates in the field, in fifth place out of a field of then 20. Warren is among the most experienced candidates in the field, coming in third place behind Sanders and Biden when we asked respondents to rank the candidates based on how prepared they are for the rigors of the presidency given what they knew about their history of public service and experience with government. And when asked how likable or personable respondents perceived the candidates to be, Warren was considered emerged in the top five.

Referring back to INSIDER’s recurring poll, Warren overall was once believed to be an ordinary, if slightly weaker candidate in a general election against Donald Trump compared to the whole field. However, she’s now seen as a top-flight rival, with over half of Democrats thinking she’d beat the president. This growth was not mirrored among non-Democrats, who consider her a fairly ordinary Democratic candidate against the President.

How do Democratic voters feel about Elizabeth Warren’s qualifications?

Attributes considered to be a liability based on the preferences of self-reported Democratic voters include that she is age 70 or over (-24%).

Read more of our best stories on Elizabeth Warren: