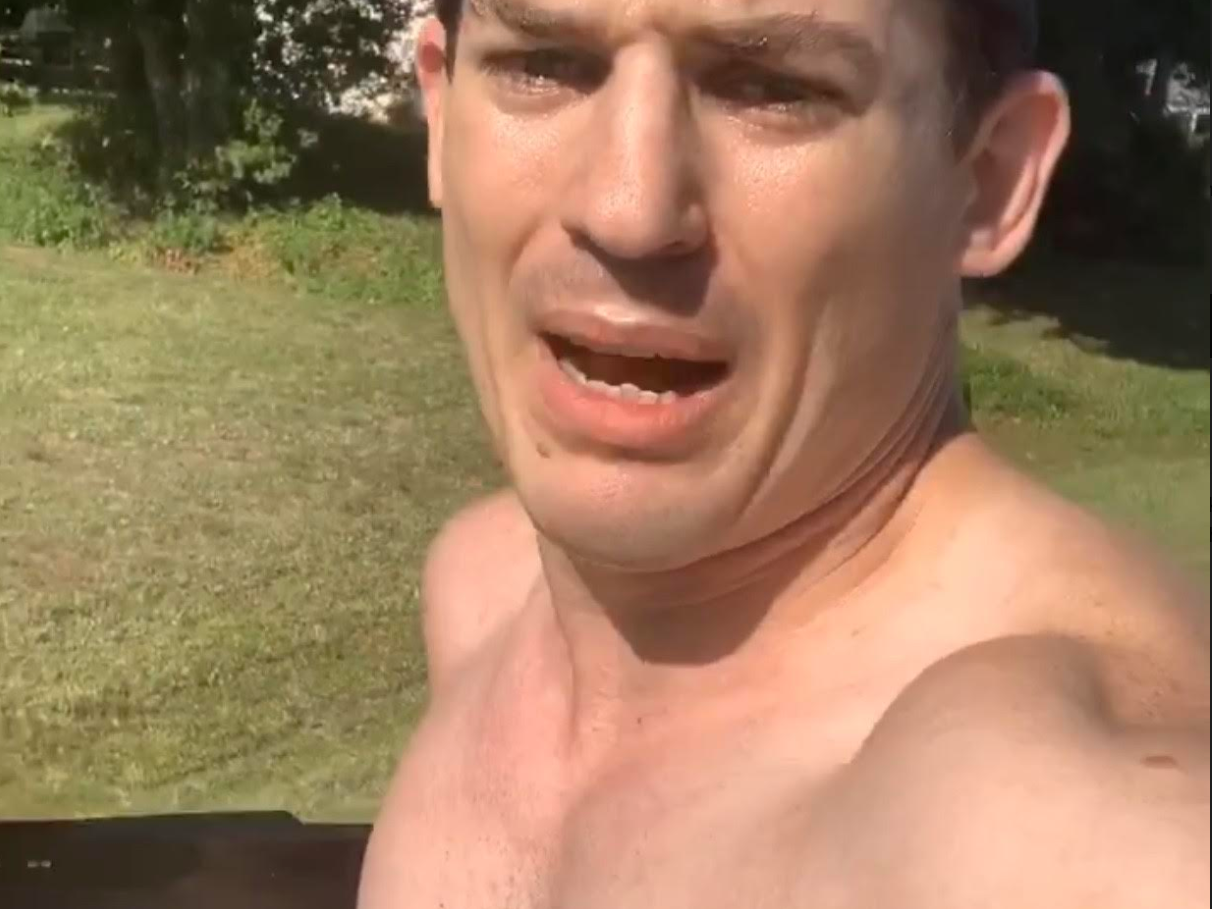 When Richard Demsick learned of the killing of Ahmaud Arbery, he immediately thought about the privilege he had as a white man.

Arbery, a 25-year-old black man, was shot dead while jogging in February after being chased by two men – Gregory and Travis McMichael – who said he looked like a break-in suspect.

In a video that trended after Arbery’s death, the McMichaels could be seen pursuing Arbery in their truck while Arbery ran. Travis McMichael left the truck holding a gun and, after a brief struggle, Arbery was dead. The McMichaels later told the police they believed Arbery resembled a man behind a string of residential break-ins. They were charged with murder last week.

Demsick, 34, a former pastor in Vero Beach, Florida, said he felt that it didn’t matter what he wore or how “suspicious” he looked – his whiteness alone was enough to protect him from meeting the same fate as Arbery.

He decided to prove that on Friday as part of the #IRunWithMaud movement, a virtual protest in honour of what would have been Arbery’s 26th birthday.

“I just started crying when I just saw this poor young man running – as I have thousands of times in my life – get shot down,” Demsick told Insider. He said he thought: “Maybe I should run with a TV to show that being a suspicious character isn’t enough that someone should be shot down. Being a white person, that’s just not going to happen to me.”

On Friday, Demsick ran 2.23 miles through his neighbourhood while carrying a flat-screen TV.

His neighbourhood, he said, recently did have a string of thefts. Despite that, his neighbours waved and smiled while he jogged.

“Not a soul” even approached him afterward to ask what he was doing, he said.

Demsick recorded parts of his run for a TikTok video that has been viewed more than 1.2 million times.

“All right, I figured it out. I’ve got my hat on backwards, I’m shirtless, like I’m on some episode of ‘Cops.’ I’m running with a TV. Someone’s going to stop me now, for sure,” Demsick in the video. “‘Cause if not, what was the problem with Ahmaud?”

@jestertotheking##irunwithmaud parttwo! Really thought I figured it out guys but made it home safeafter my 2.23 mile run 7û B ##runwithmaud##runwithahmaud##fyp

In a follow-up video on Mother’s Day, Demsick asked his mum whether she was afraid for him while he went on the run with the TV, or whether she thought the police would be called.

“Huh, I wonder why that is,” he responded.

@jestertothekingDedicated to all black mothers especially Ahmaud Arberys we cannot understand your pain but we will not forget your story. Prayin##blacklivesmatter

Demsick is passionate about social-justice issues.

He grew up in the suburbs of Detroit and attended dance competitions in the city. Most of the friends he danced with were black, and many came from impoverished neighbourhoods, he said. Even though Demsick was the “unique duck” in that community, he was welcomed with open arms and started to learn about the struggles his friends faced.

After becoming a pastor at what he described as a primarily upper-class conservative church in Florida, Demsick launched an outreach ministry made up of people who were struggling with homelessness and other issues.

In it, he talked about racism and the political divide.

Demsick said one of the most powerful things his parents taught him was to take the time to listen to people who come from different backgrounds and beliefs. 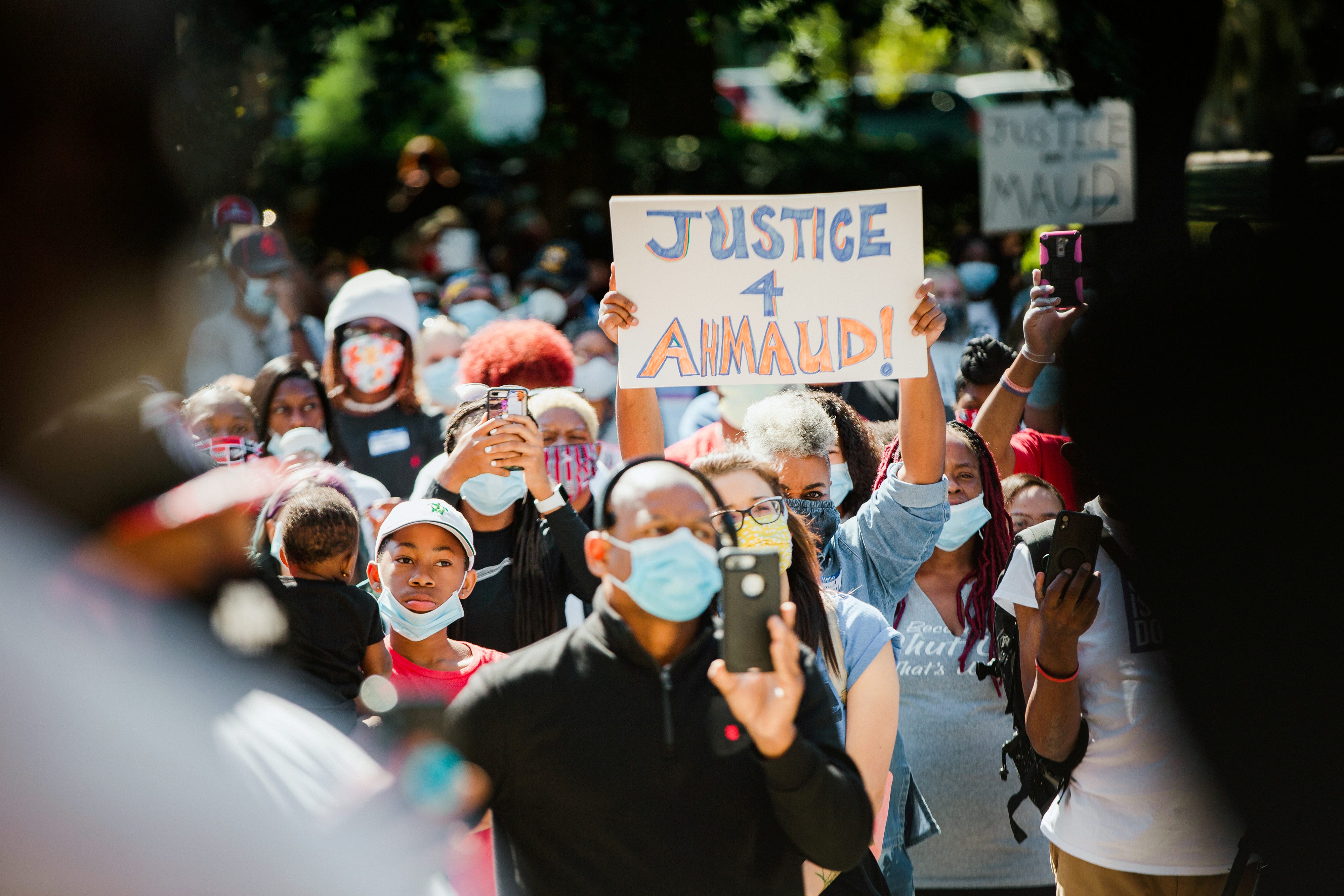 When doing so, though, it’s important to resist owning the struggles as your own, he said.

For example, he said that in discussions about the Arbery case with some white acquaintances, they had offered what they thought they would do if they were confronted with a gun as he was.

Some told him that they wouldn’t have struggled with the gun and would have instead waited for the police to sort out the confusion.

But Demsick said that no matter how much people might try to understand what that would be like, for a white person, that’s not possible.

The response to the video has been overwhelmingly positive

Demsick said that after he had the idea about the run, he almost backed out because he was worried that people would misunderstand it as him making light of a tragic situation.

When he woke up for the run on Friday, he felt like he had to do it, he said.

So far, the responses have been overwhelmingly positive, Demsick said.

The videos have sparked conversations, and over the weekend he was invited to be a guest in a video conference that discussed the treatment of African-Americans in the United States.

“It was a privilege to be in that conversation,” he said.

“People have been incredibly kind, undeservedly kind,” Demsick added. “There are people who are daily working trying to correct the injustice. I just made a video.”

Still, Demsick said he was interested in continuing to use his social-media platform for good.

One idea he has is to film himself picking a lock at someone’s home – after getting permission first – to see whether the neighbours react.

“Nobody would call the cops,” he hypothesised. “We all know that if I looked different, that would be a very different story.”