The White House claims Trump has no plans to oust Dr. Anthony Fauci after he retweeted a post with the hashtag #FireFauci 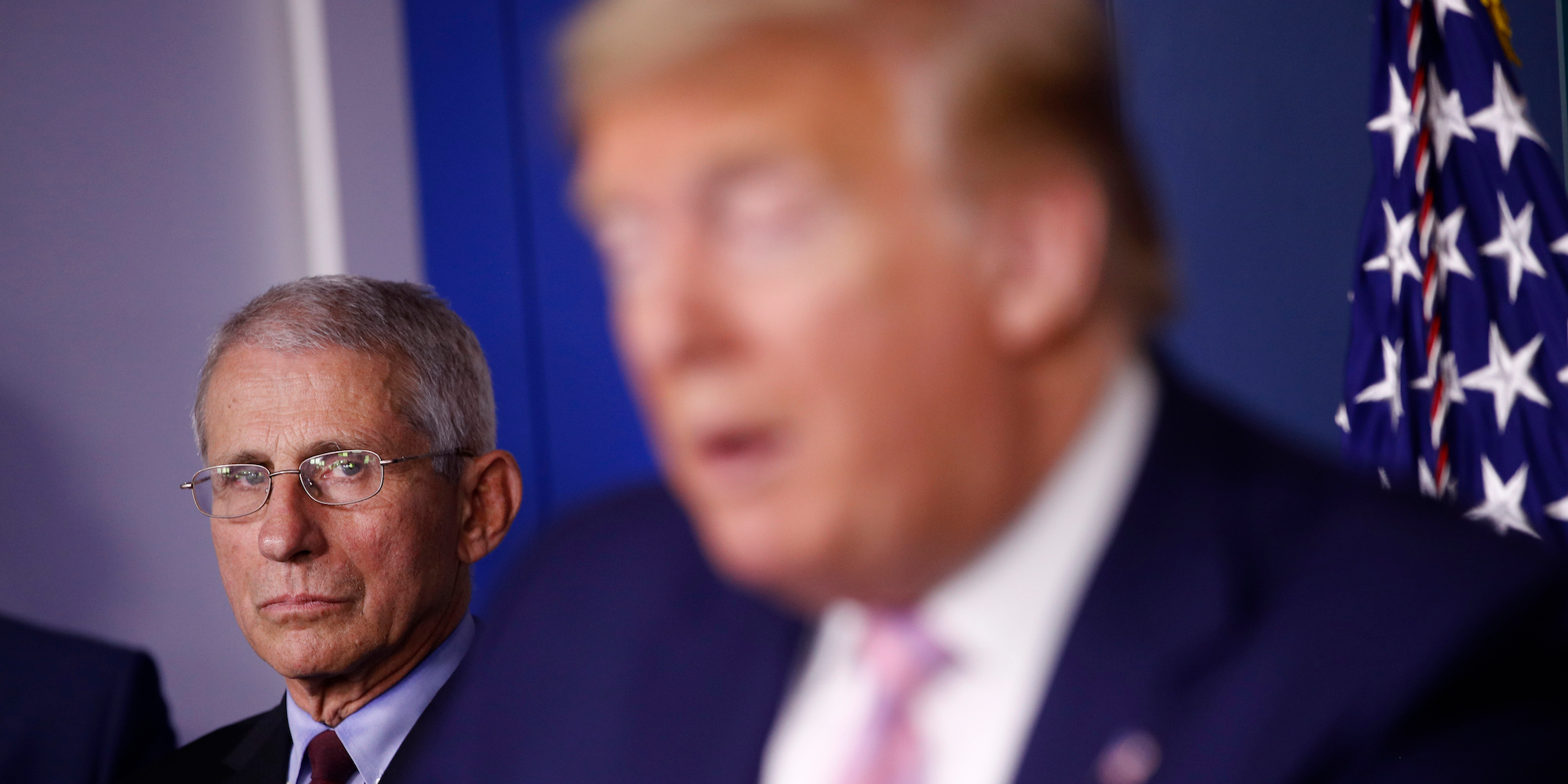 The White House is trying to quash speculation that President Donald Trump wants to fire Dr. Anthony Fauci, the nation’s top infectious disease expert, after Trump quote-tweeted a post including the hashtag “#FireFauci” on Sunday evening.

“The media chatter is ridiculous – President Trump is not firing Dr. Fauci,” White House Deputy Press Secretary Hogan Gidley said in a Monday statement. “The president’s tweet clearly exposed media attempts to maliciously push a falsehood about his China decision in an attempt to rewrite history.”

Gidley added that Dr. Fauci, a prominent member of the Trump administration’s coronavirus task force, “has been and remains a trusted advisor to President Trump.”

Trump wrote, “Sorry Fake News, it’s all on tape. I banned China long before people spoke up” while quoting a tweet from former Republican House of Representatives candidate DeAnna Lorraine, who attacked Fauci and included the “#FireFauci” hashtag at the end of her post.

In calling for Fauci to be fired, Lorraine’s referred to comments he made on CNN Sunday morning that earlier, more aggressive action would have helped slow the spread of COVID-19, the disease caused by the novel coronavirus.

Sorry Fake News, it’s all on tape. I banned China long before people spoke up. Thank you @OANN https://t.co/d40JQkUZg5

On Saturday, The New York Times published a lengthy, investigative review of all the times Trump brushed aside multiple warnings about the coronavirus crisis and how he was surrounded by bickering and infighting from within his administration.

“Obviously you could logically say that if you had a process that was ongoing and you started mitigation earlier, you could have saved lives,” Fauci said of the administration’s response to CNN’s Jake Tapper.. “Obviously, no one is going to deny that. But what goes into those kinds of decisions is complicated.”

While Trump frequently takes credit for “closing down borders” and “banning” travel from China, the travel restrictions he imposed still allowed thousands of people to fly to the US from China as the outbreak spread across the world.

Dr. Fauci, a legendary figure in public health and Director of the National Institute of Allergies and Infectious Diseases,has served under six presidents since 1984 in various capacities.

Fauci has consistently been one of the most public-facing and trusted voices on the coronavirus crisis – sometimes at odds with the White House’s more optimistic messaging in doing so, despite Lorraine’s claim that he wasn’t taking the crisis seriously enough.

Both in congressional hearings and public press briefings, Fauci has painted a much more sobering picture of the virus than Trump, frequently warning that the US is severely hampered in its response because of the lack of testing and calling for Americans to maintain aggressive preventative measures, including social distancing.