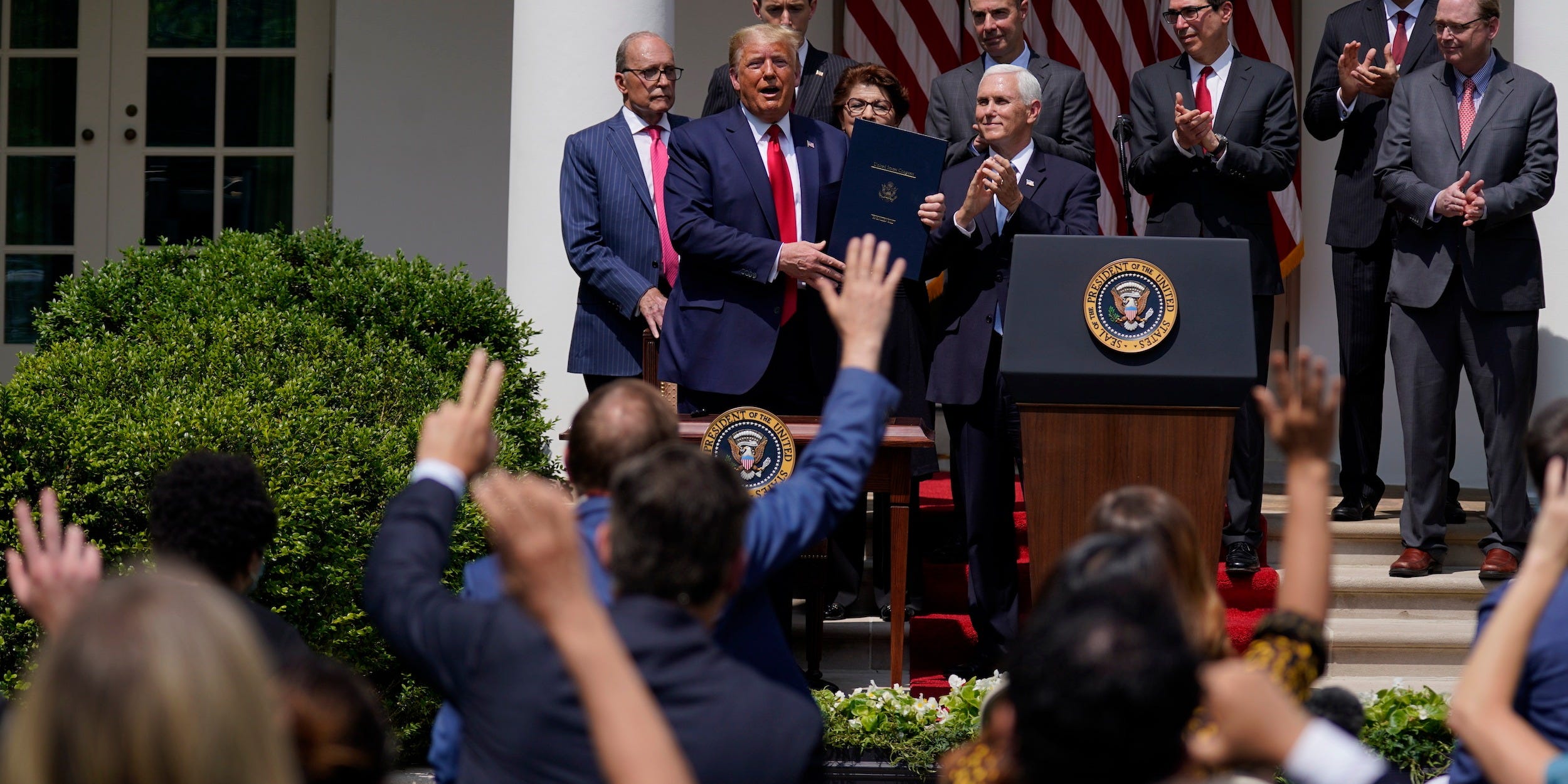 AP Photo/Evan VucciPresident Donald Trump speaks after signing the Paycheck Protection Program Flexibility Act during a news conference in the Rose Garden of the White House, Friday, June 5, 2020, in Washington. Reporters were forced to sit closer together in violation of the federal government’s own social distancing guidelines.

White House staff bunched the press corps’ seats closer together at a Friday news conference in the Rose Garden because “it looks better,” according to the White House Correspondents’ Association.

In a terse statement, WHCA President Jon Karl described what led to the new setup.

WH made reporters, including myself, sit *closer together* at the president's remarks in the Rose Garden today and *violate the federal government's social distancing policy for the pandemic* because they thought the seating arrangement "looks better."

“The chairs were initially positioned in a way that was consistent with social distancing guidelines but were moved closer together by White House staff shortly before the event started.

“When we asked for an explanation, the White House press office told us the decision to move the chairs close together was made because ‘it looks better.'”

Karl went on to note that the move – which violates the CDC’s own social distancing guidelines – put the reporters’ safety at risk (there have already been multiple confirmed cases of COVID-19 in the White House).

“The health of the press corps should not be put in jeopardy because the White House wants reporters to be a prop for a ‘news conference’ where the president refused to answer any questions.”