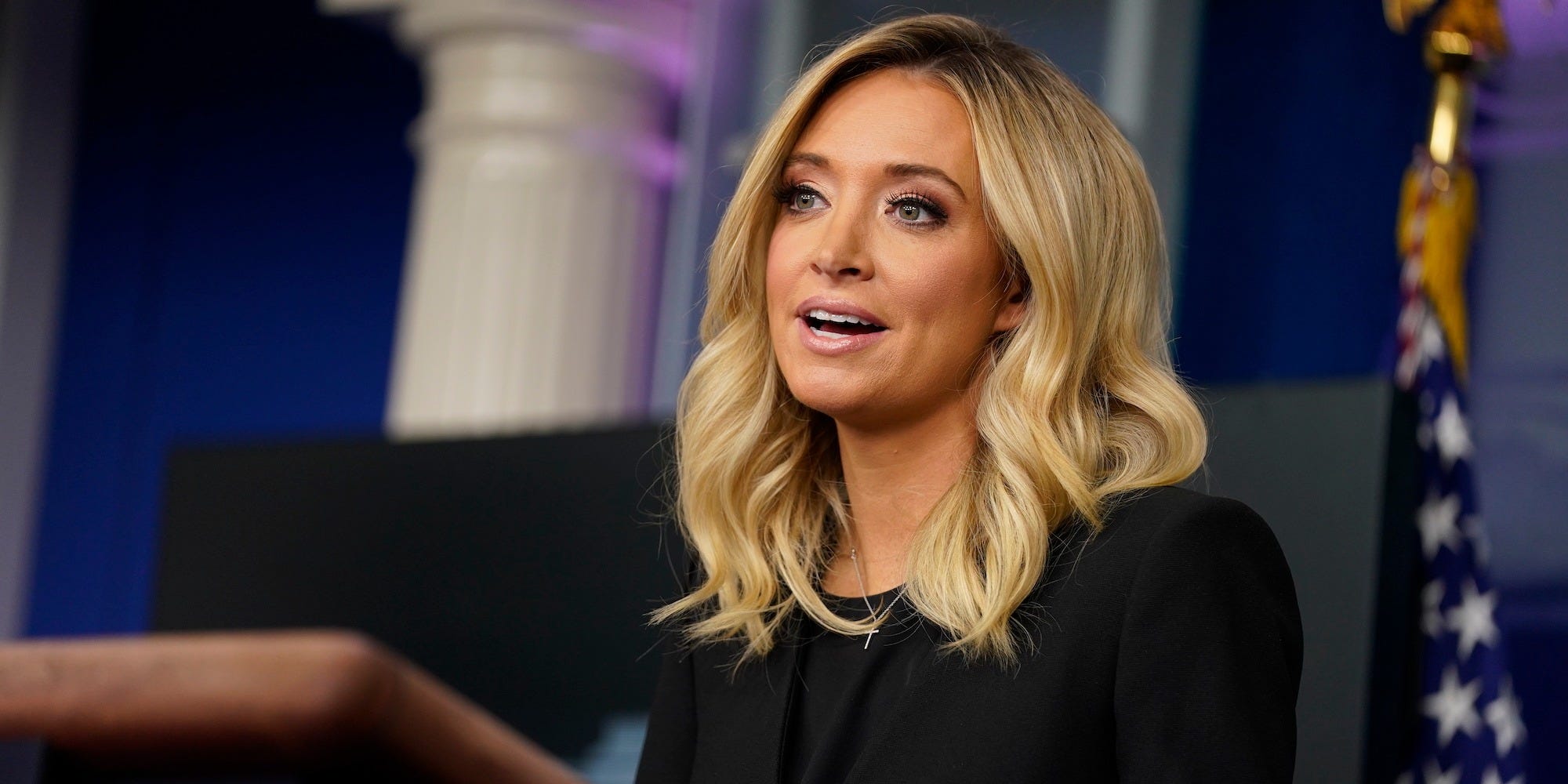 Evan Vucci/APWhite House press secretary Kayleigh McEnany speaks during a press briefing at the White House, Friday, May 1, 2020, in Washington.

White House press secretary Kayleigh McEnany insisted on Monday that President Donald Trump used the term “kung flu”during his rally on Saturday as a way to blame China for the global spread of the coronavirus.

McEnany refused to say whether the racist term is, in fact, racist or offensive, after being asked by several reporters at Monday’s White House press briefing. Instead, she argued Trump was “linking [the virus] to its place of origin.”

After CBS News White House correspondent Weijia Jiang asked why Trump uses the slur, McEnany falsely stated that the president “doesn’t” use the term and insisted that “it’s a fair thing to point out” that “the origin of the virus is China.”

The press secretary then accused the media of using similar terms by calling Covid-19 the virus the “Chinese coronavirus” or the “Wuhan coronavirus” early this year. The media largely stopped referring to China when naming the virus as it spread outside of the country and grew into a global pandemic.

“President Trump is saying, ‘No China, I will label this virus for its place of origin,” McEnany said, adding that the president has called Asian-Americans “amazing people.” “It is an indictment of China for letting this virus get here.”

In another set of questions on the topic, PBS News’ White House correspondent, Yamiche Alcindor, pointed out that Trump aide Kellyanne Conway condemned the term “kung flu” as “highly offensive.”

“Of course it’s wrong,” Conway told reporters then of the term’s usage.

During his Saturday rally in Oklahoma, Trump said the “kung flu,” is “one of “19 or 20” terms that he’s heard used to describe Covid-19.

“By the way, it’s a disease, without question, has more names than any other in history. I can name, ‘kung flu,’ I can name, 19 different versions of names,” Trump said. “Many call it a virus, which it is, many call it a flu, what difference, I think we have 19 or 20 versions of the name.”

.@kaitlancollins, @agearan, + @Yamiche also tried to get clarity from @PressSec on this, but she offered none.

She repeated “Kung flu” was simply linking the virus to its origin, and accused “the media” of using comparable phrases.

No term “the media” has used is comparable. https://t.co/HHhaidRFly

After a reporter notes there's a difference between saying "Wuhan" or "China" virus and the "Kung Flu," she asks Kayleigh whether Trump regrets using the racist phrase.

McEnany: "The president never regrets putting the onus back on China…" pic.twitter.com/k61feFu2JP

.@Yamiche brings up the fact that Kellyanne Conway said back in March that the term "Kung Flu" is racist, asking Kayleigh McEnany if Kellyanne was wrong.

Kayleigh refuses to answer the question and instead turns to OAN for a lifeline. pic.twitter.com/BiQxYWup3e