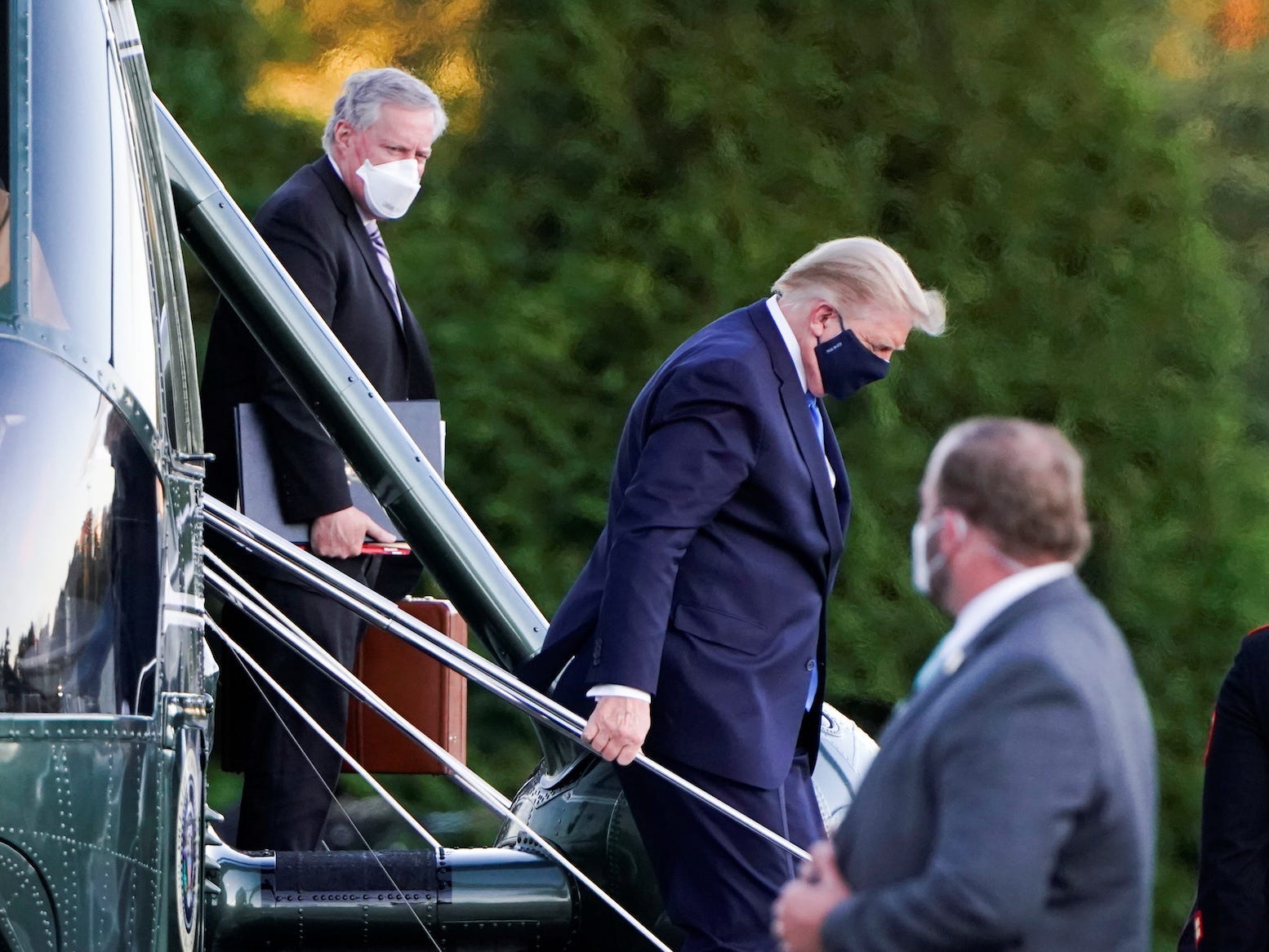 Joshua Roberts/ReutersPresident Donald Trump disembarks from the Marine One helicopter followed by White House Chief of Staff Mark Meadows as he arrives at Walter Reed National Military Medical Centre after the White House announced that he ‘will be working from the presidential offices at Walter Reed for the next few days’ after testing positive for the coronavirus disease (COVID-19),

White House physician Sean Conley offered a new timeline for the president’s coronavirus infection during a press briefing Saturday morning. He later walked back the statement.

Conley held the briefing to review President Donald Trump’s condition after he was hospitalized at Walter Reed Medical Centre on Friday evening. The physician said Trump’s condition had improved, but he also said the president’s COVID-19 infection had been identified a day earlier than previously thought.

“Just 72 hours into the diagnosis now,” Conley said. “The first week of COVID, and in particular days 7 to 10, are the most critical in determining the likely course of this illness.”

That would mean that Trump had been diagnosed on Wednesday.

Dr. Brian Garibaldi, a physician on the team caring for the president at Walter Reed, also said that Trump had received an experimental antibody treatment “48 hours ago,” which would be roughly Thursday morning.

This was a different timeline than the one constructed by incremental statements from the White House. Trump announced his positive test results early Friday morning, and the White House disclosed his experimental antibody treatment later that day.

When asked to clarify, Conley contradicted his earlier statement.

“Thursday afternoon following the news of a close contact is when we repeated testing, and given kind of clinical indications had a little bit more concern. And that’s when late that night we got the PCR confirmation that he was [positive],” he said.

“The President was first diagnosed with COVID-19 on the evening of Thursday, October 1st and had received Regeron’s antibody cocktail on Friday, October 2nd,” the statement said.

The company that makes the antibody treatment is called Regeneron.