White House doctor says Trump tested negative for COVID-19 on 'consecutive days' and is no longer 'infectious,' but doesn't specify when the tests were 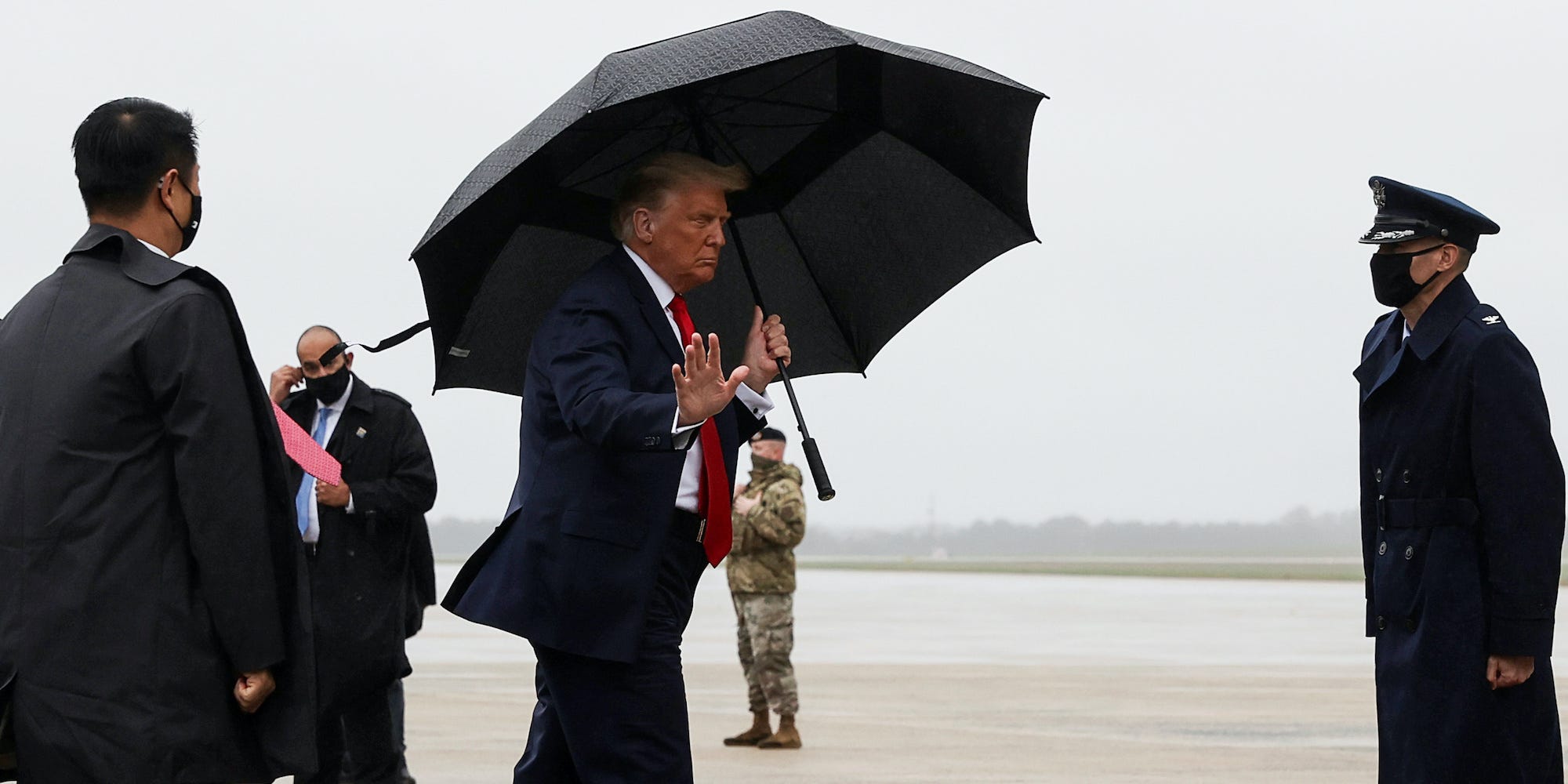 Jonathan Ernst/ReutersPresident Donald Trump walks without a mask and carries an umbrella while boarding Air Force One as he departs Washington for travel to Florida, his first campaign trip since being treated for the coronavirus disease (COVID-19), at Joint Base Andrews, Maryland, October 12, 2020

“The president is not infectious to others,” Conley said.

Conley did not specify when Trump’s last negative test was prior to getting infected, nor did he explicitly state which days the president consecutively tested negative. The Trump administration has consistently refused to answer when the president last tested negative before announcing his diagnosis in early October.

The memo was released on Monday evening shortly before Trump was set to hold a rally in Sanford, Florida, marking the president’s return to the campaign trail less than two weeks after he announced his COVID-19 diagnosis.

At least 35 people have been infected in the White House COVID-19 outbreak, including top aides to the president and First Lady Melania Trump.

The White House has faced bipartisan criticism in Washington over its lax approach to COVID-19 guidelines. The president routinely flouts public health recommendations, such as wearing a mask or face covering.

Prior to contracting COVID-19, which saw Trump hospitalized for several days, the president routinely downplayed the threat of the virus. Trump’s handling of the pandemic has been disastrous, and the US has the highest numbers of reported COVID-19 deaths and confirmed cases in the world. As of Monday evening, there have been nearly 7.8 million confirmed cases of COVID-19 in the US and over 215,000 reported fatalities.