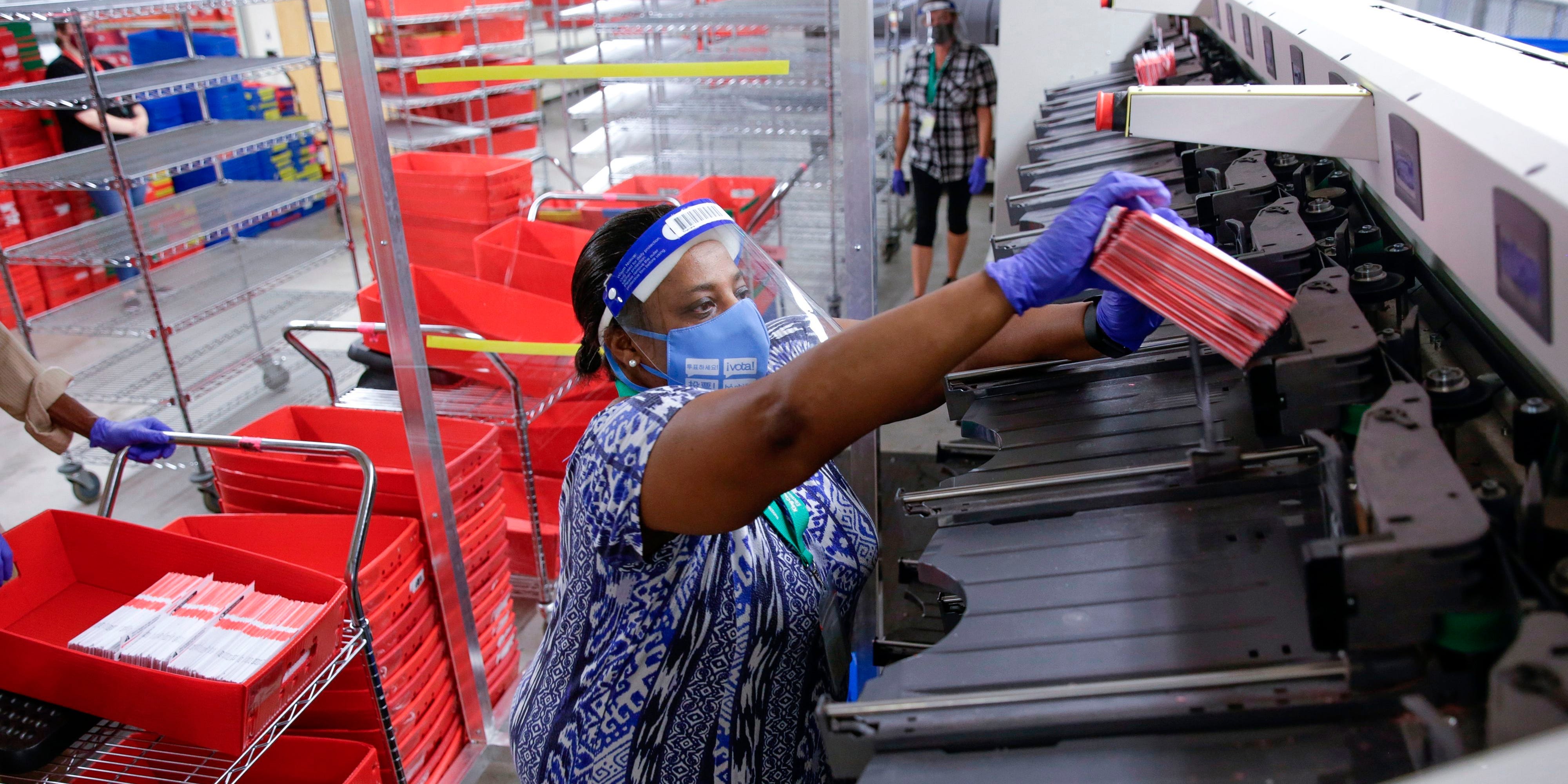 White House chief of staff Mark Meadows sparred with host Jake Tapper on CNN’s “State of the Union” Sunday, doubling down on the administration’s previous claims about mail-in voting.

Tapper repeatedly pressed Meadows on President Donald Trump’s refusal to sign a relief bill that includes emergency federal funds for the United States Postal Service, sabotaging mail-in voting, but Meadows dismissed the idea that Trump was blocking aid to the service and said the White House could be open to passing a standalone bill for USPS funding.

Meadows didn’t cite a difference, but said he feared votes from him and other Americans were going to be “disenfranchised,” adding that sending ballots to Americans across the country was “asking for a disaster.”

“But there’s no evidence of widespread voter fraud,” Tapper said.

“There’s no evidence that there’s not either,” Meadows shot back. “That’s the definition of fraud, Jake.”

Meadows’ comments are the latest from Trump’s camp seeking to undermine the service and raise concerns over voters securing their ballots for Election Day in November. The administration has raised alarms with reports centered on Postmaster General Louis DeJoy, who has enacted several cost-cutting measures that have reportedly slowed down the service.

NBC News reported last week that DeJoy would be decommissioning 671 mail sorting machines, slowing down letter processing. Meadows pushed back on the report Sunday, promising all machines would stay online until the election.

“There’s no sorting machines that are going offline between now and the election,” Meadows said. “That’s something that my Democrat friends are trying to do to stoke fear out there. That’s not happening.”

Tapper asked about “ones that have been taken offline in the last couple of months,” which Meadows later said were part of an “already scheduled reallocation.”

Business Insider’s Grace Panetta previously reported that the service’s financial decline has been over the course of several years and was accelerated by the novel coronavirus pandemic.The Washington Post reported last week post office officials warned 46 states that the slowed service could risk missing ballot deadlines for voters to receive and return ballots.