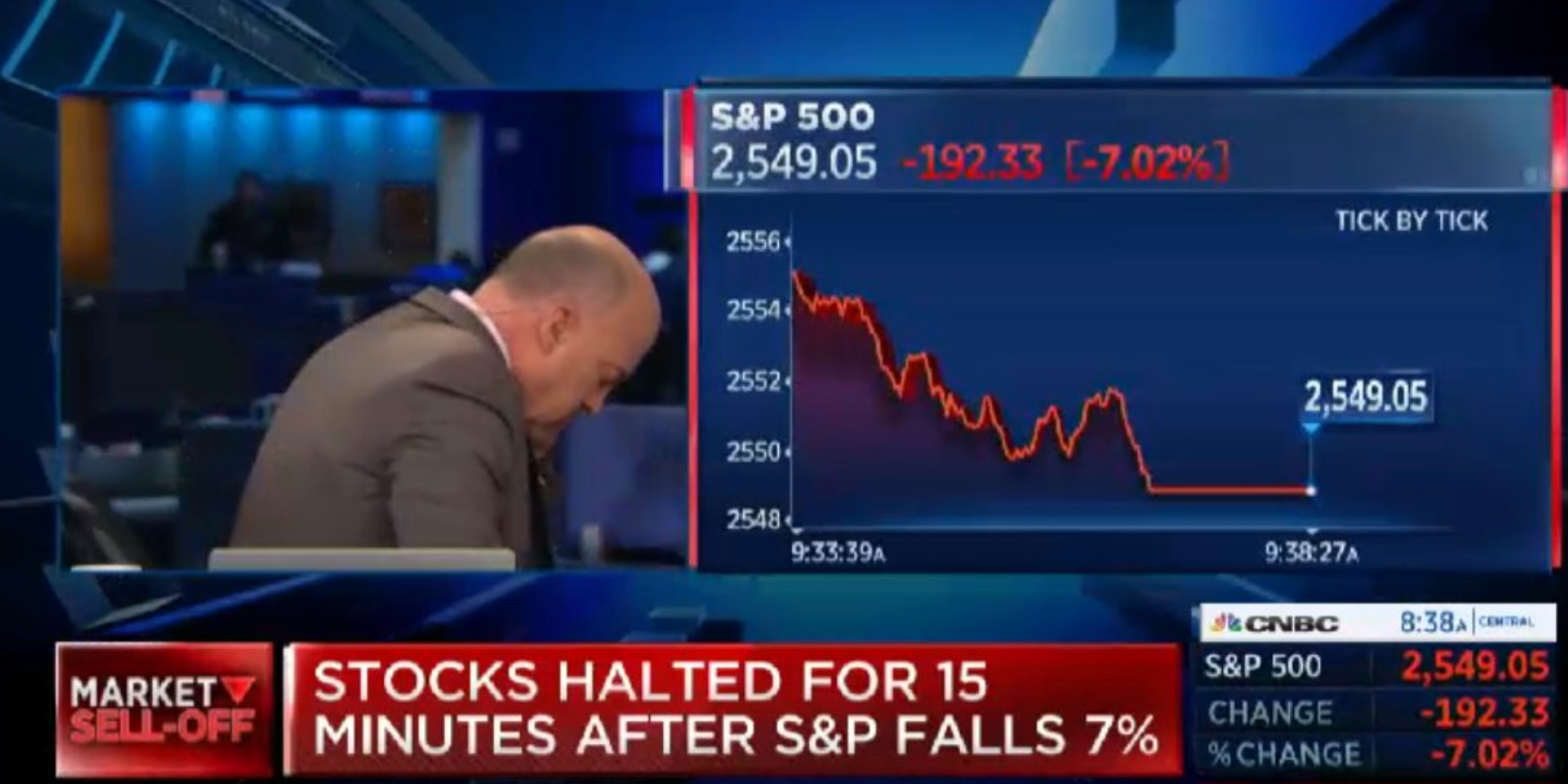 CNBCCNBC’s Jim Cramer taking a call from the White House on live TV.

The White House called CNBC’s Jim Cramer on live TV Thursday morning after he urged the federal government to take action and arrest the ongoing plunge of the stock market amid the economic fallout of the coronavirus.

Then he told viewers that the Trump administration was weighing additional options he had just laid out to contain the damage.

Before the phone call, he slammed the US government’s response to the novel coronavirus outbreak. The virus has infected over 1,358 people in the US and caused at least 38 deaths.

He argued “this is the time for radical action,” according to CNBC.

Cramer said he was worried that companies might go bankrupt because of the virus and proposed temporarily suspending all government taxation.

He went into a tirade after the S&P 500 dropped 7%, triggering a circuit breaker that halts trading for 15 minutes. It was the second instance this week alone.

After taking the call, the “Mad Money” host said about the uncertainty caused by the Trump administration’s response to the outbreak: “I think that’s about to change.”

“I think that they will perhaps consider the idea that the federal government does not need to be paid during this period so therefore the people, the working people, get paid and are protected,” Cramer said.

He added that he believed the White House was now weighing whether the Federal Reserve should be able to guarantee credit lines and the option of implementing a trust fund.

“I believe that some of these plans that I mentioned are being debated right now and I feel better,” Cramer said. “You’re going to get clarity.”

The Trump administration is pushing Congress to enact a massive $US1 trillion stimulus bill that would dwarf the one passed by President Obama at the height of the financial crisis, The New York Times reported. It underscores a shift in the administration’s response as it had downplayed the coronavirus outbreak in recent weeks.

Despite Trump’s efforts to soothe the nerves of investors with a possible economic response, the three major indexes – Dow Jones Industrial Average, the S&P 500, and Nasdaq – all fell at least 7% in early trading on Thursday.