I made omelets using 6 celebrity chefs' recipes, and 2 of my favorites were made in the microwave 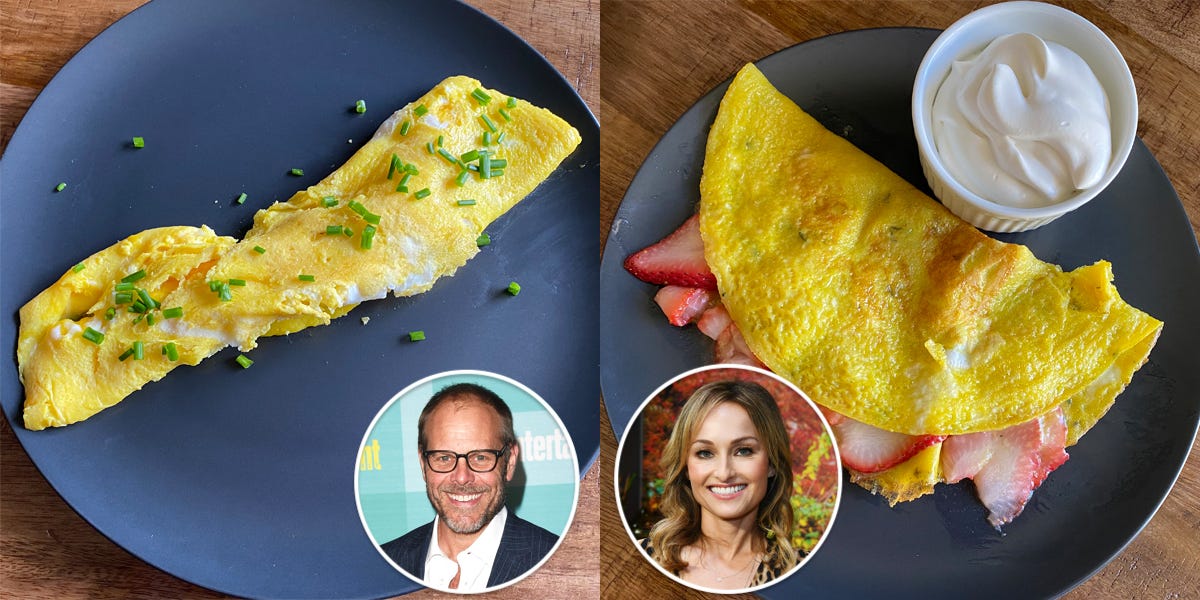 Although they’re admittedly not my strong suit, omelets are quick to make, customizable, and more filling than a plate of scrambled eggs.

So to perfect my omelet technique, I decided to test six very different recipes from celebrity chefs Ina Garten, Carla Hall, Emeril Lagasse, Giada De Laurentiis, Ree Drummond, and Alton Brown. One calls for strawberries and others are completely made in the microwave.

Keep reading to find out what I thought of each chef’s take on the classic egg dish. 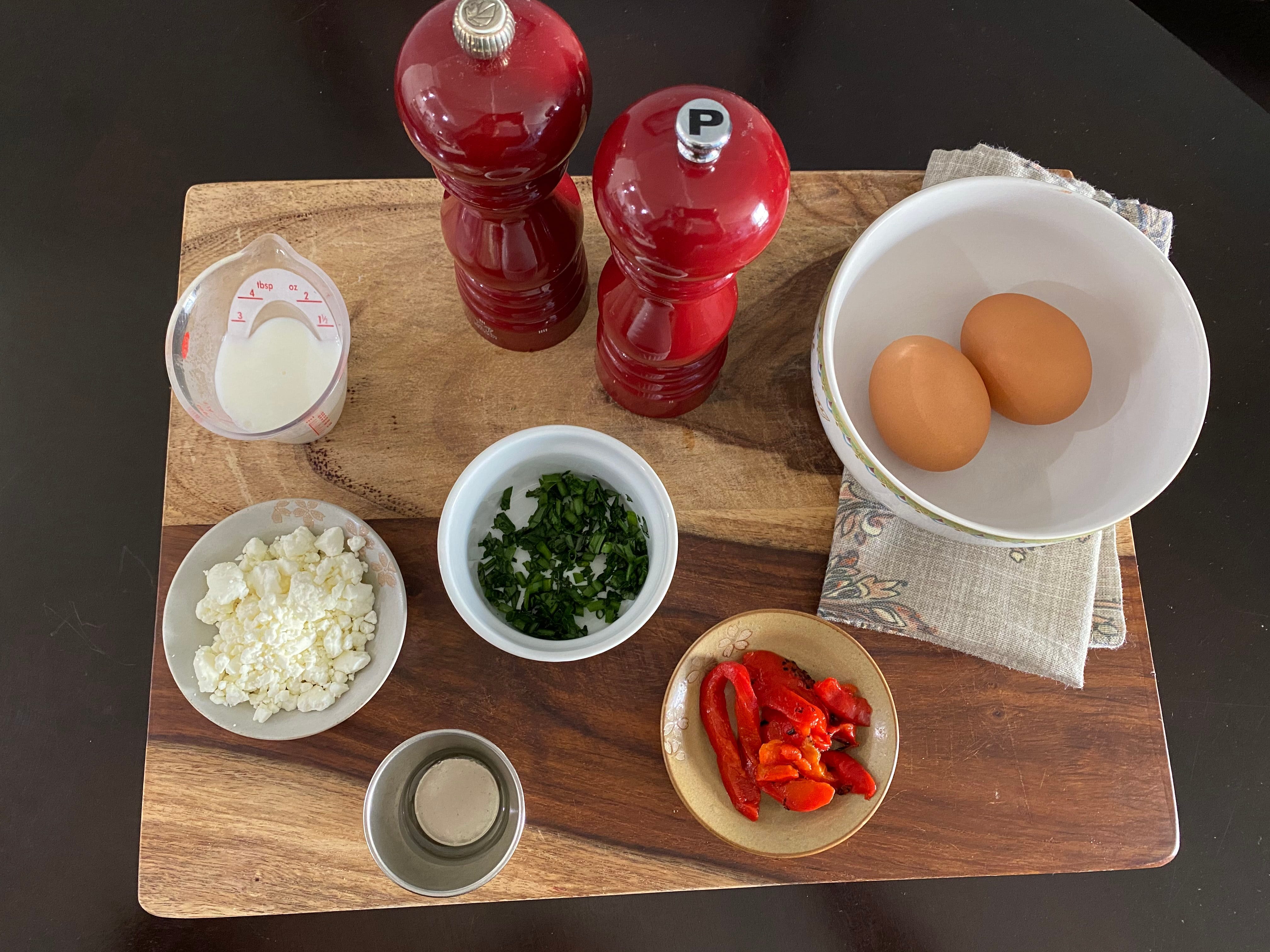 I had to omit the chervil because I couldn’t find it at the four different grocery stores I went to, but I still hoped the meal would turn out OK.

This omelet was easier to make than I expected 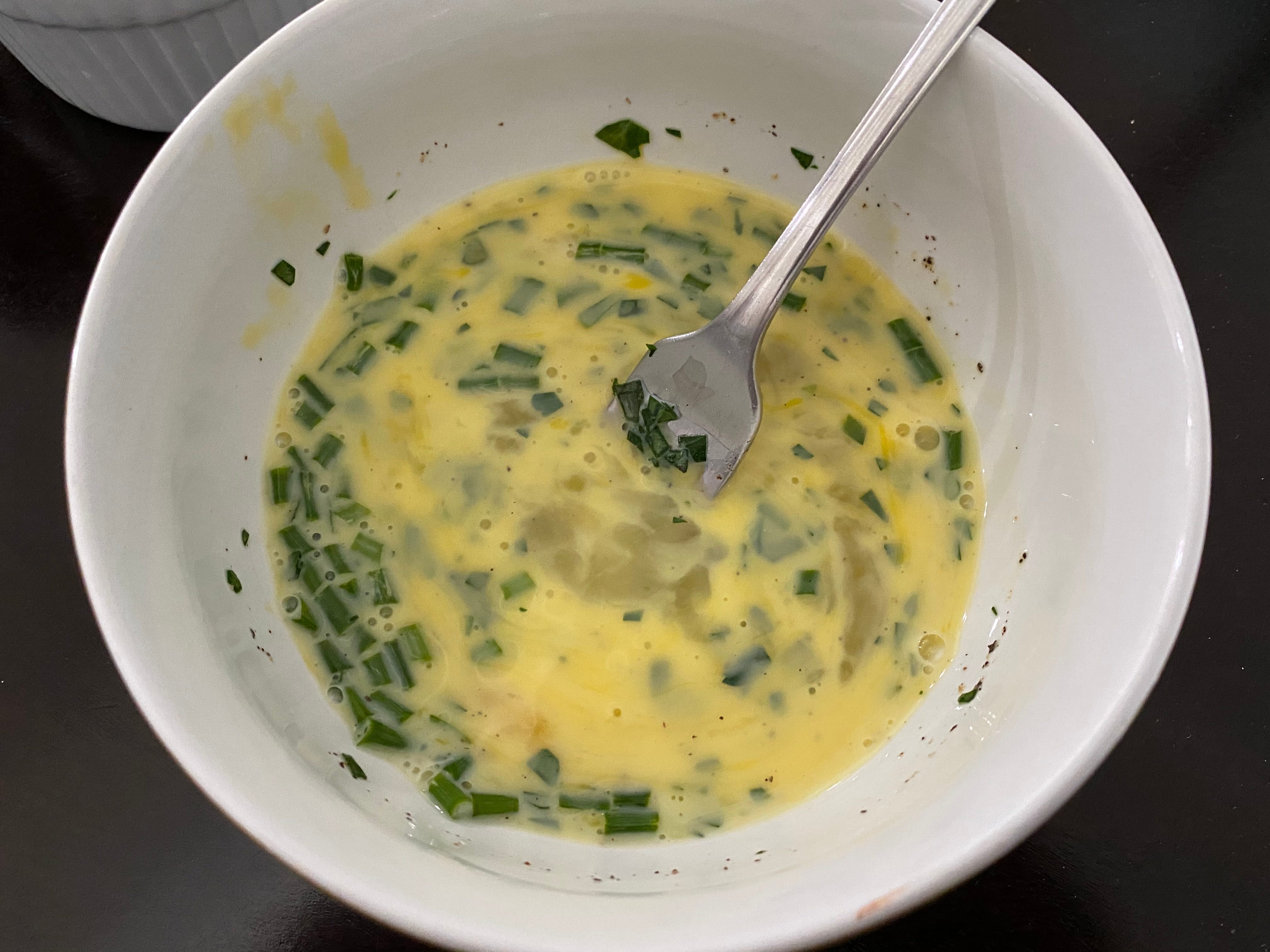 Paige Bennett for InsiderI mixed the ingredients in a bowl before moving them to the pan.

I tossed my chopped herbs in a bowl, then whisked them together with milk, salt, pepper, and eggs.

After coating a pan with olive oil and letting it warm over medium-high heat, I swirled the whisked mixture around in it until the eggs were coated and began to set. 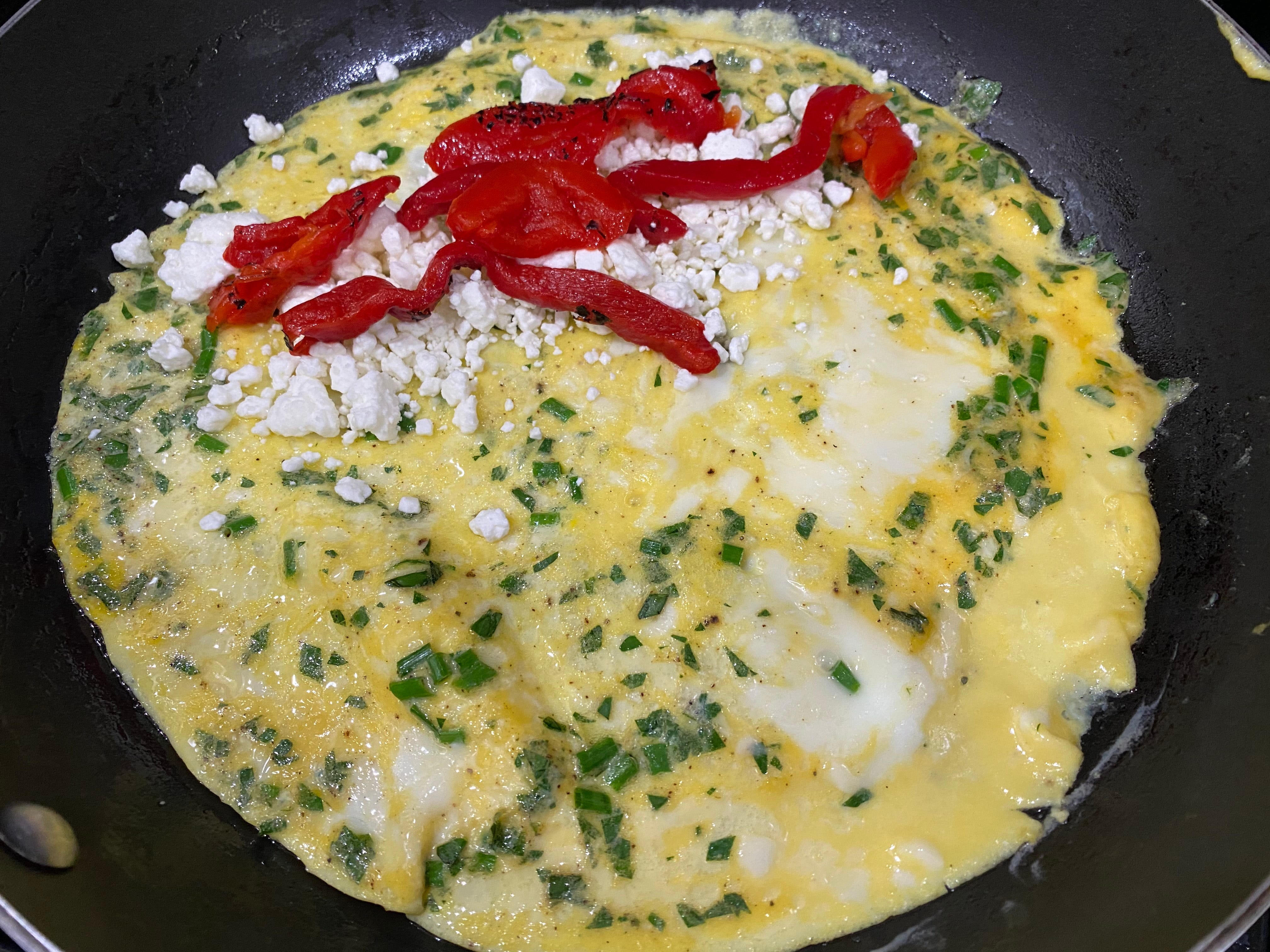 Paige Bennett for InsiderI added the goat cheese and red peppers as instructed.

When it was nearly finished, I topped it with the goat cheese and peppers, then attempted a trifold.

The eggs stuck to the pan a little bit, but not as much as some of the other recipes I tested thanks to the oil. So it wasn’t a perfectly folded omelet but was still presentable on the plate.

I was impressed with the results 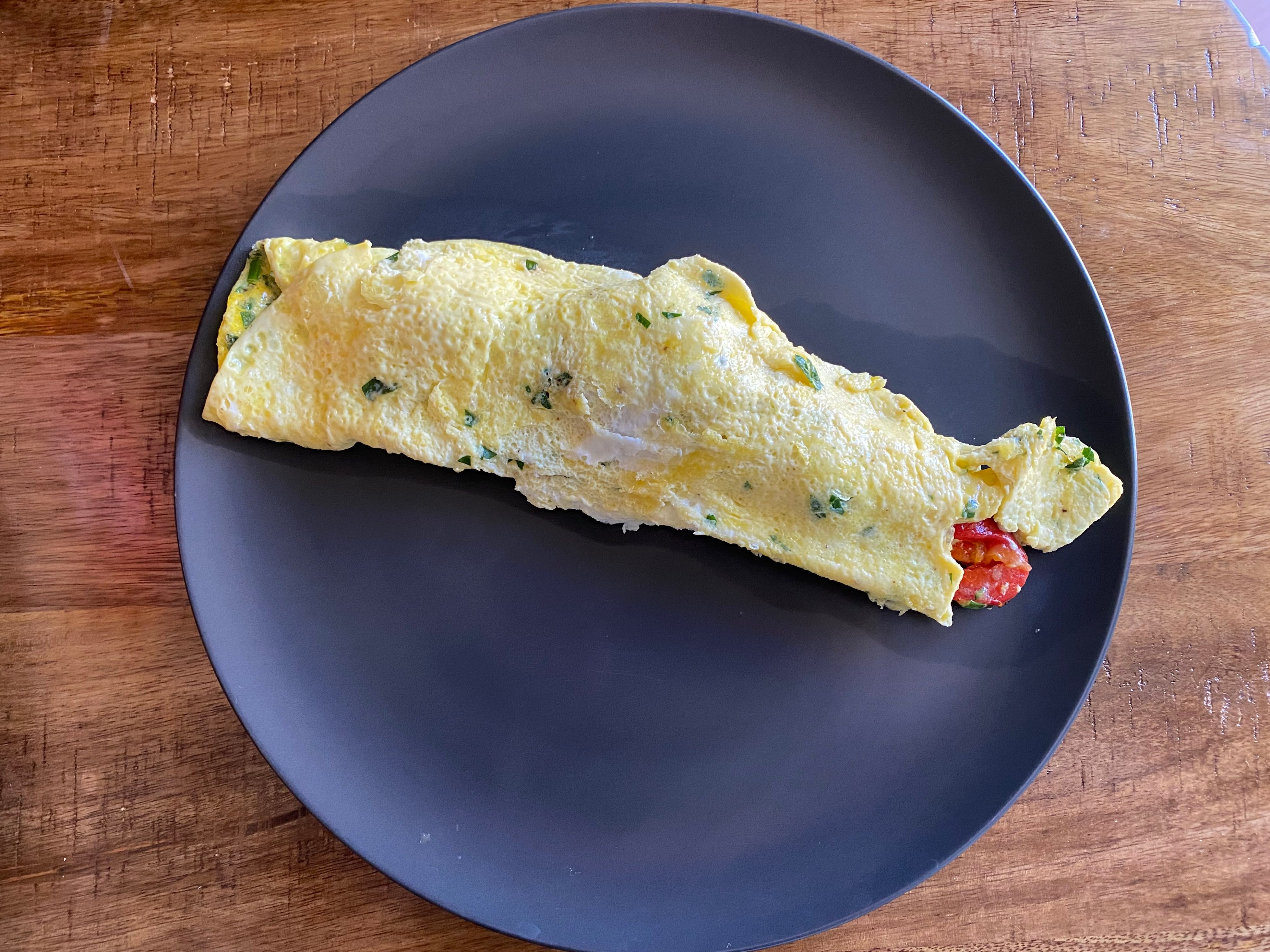 Paige Bennett for InsiderThis omelet was soft but not runny.

I didn’t love the tarragon, so I’d probably omit it next time, but the eggs were perfectly soft without being runny.

Hall’s soufflé omelet is completely made in the microwave 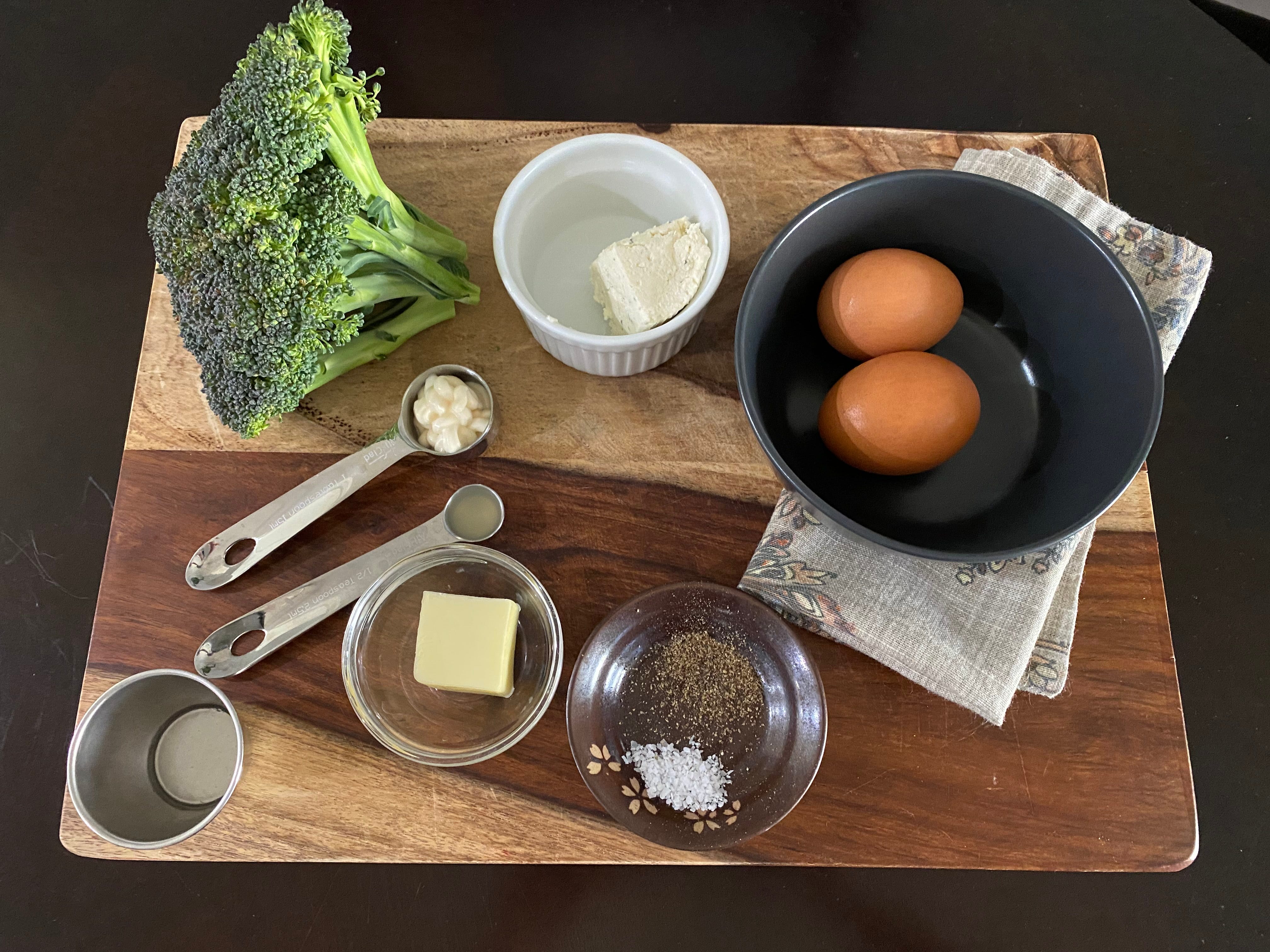 From start to finish, Hall’s soufflé omelet, topped with cheese and broccoli, is prepared using a microwave, so I didn’t have high expectations.

It also calls for ingredients like mayo and lemon juice.

This omelet came together in a matter of minutes 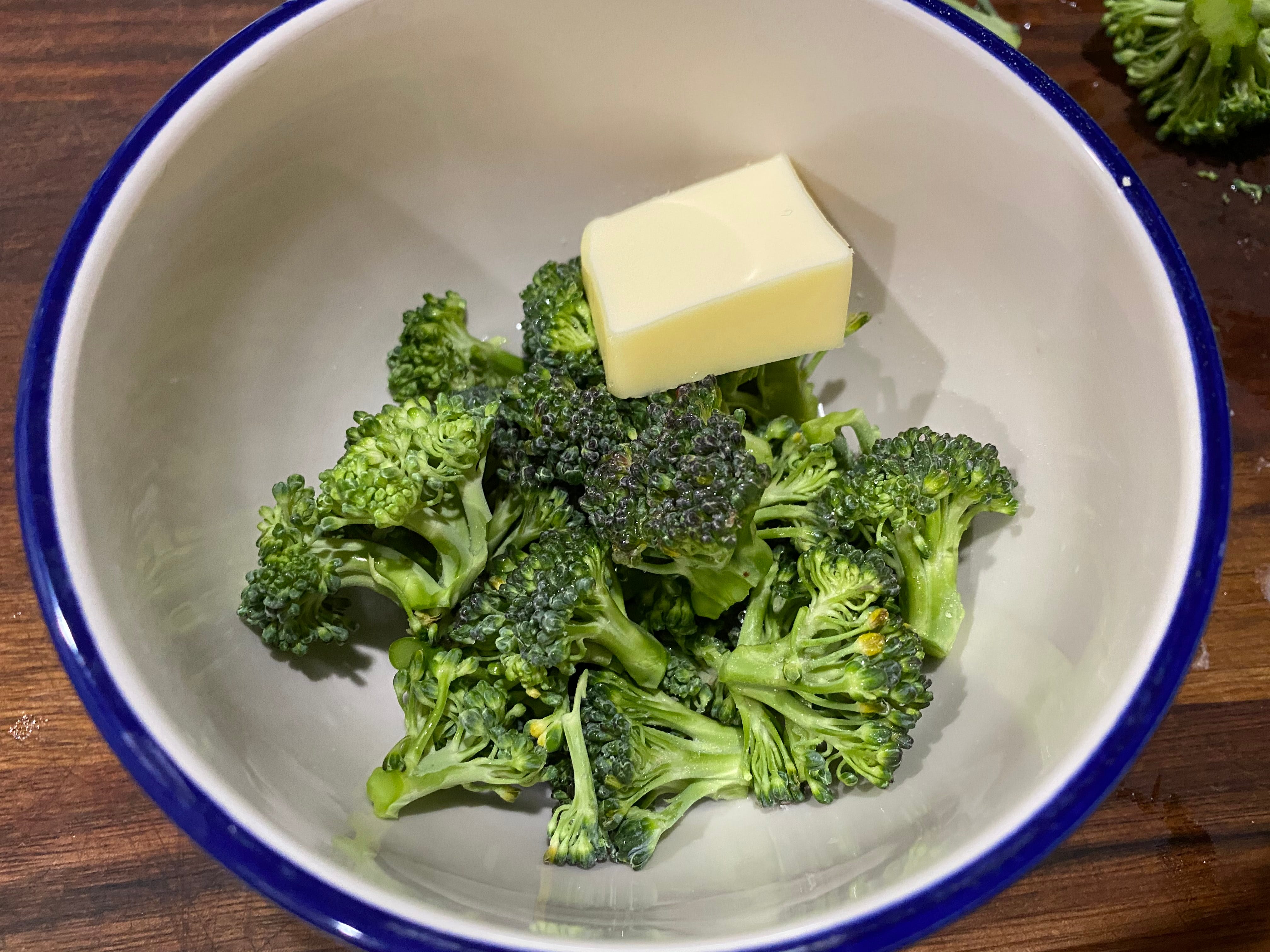 I started by cooking the broccoli in the microwave with butter, water, salt, and pepper in a bowl covered with a wet paper towel, and in just two minutes, the veggie was both perfectly crispy and soft.

As the broccoli cooked, I mixed mayonnaise, water, salt, pepper, and lemon juice in a bowl, then added the eggs and whisked until thoroughly combined. 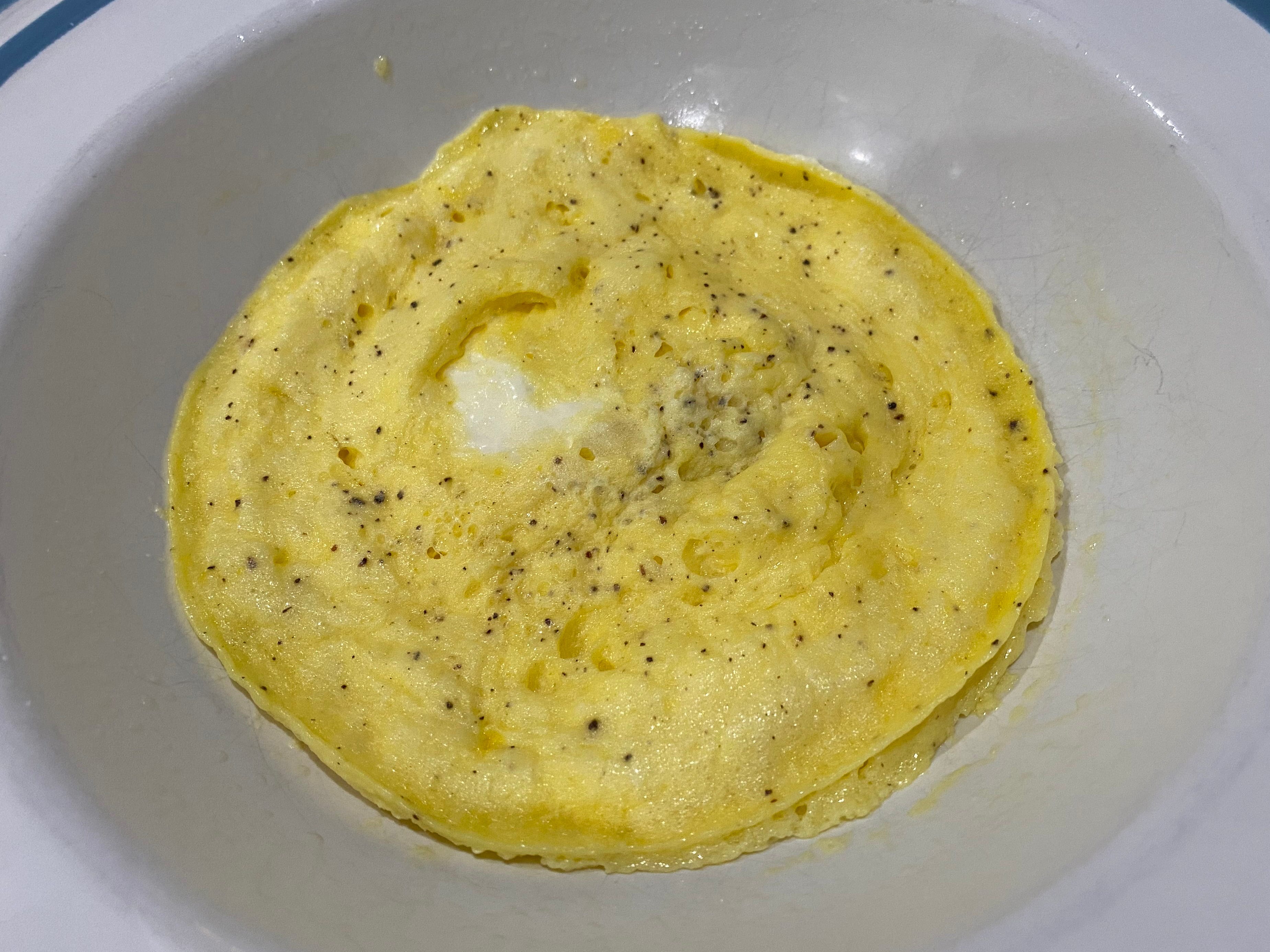 Paige Bennett for InsiderThe eggs took about two minutes to cook in the microwave.

I then melted butter in a large bowl, added the egg mixture to it, and microwaved it all for a minute, pulling the edges of the omelet up to allow the excess liquid to pool underneath before throwing it back in for another 50 seconds.

This was one of my favorite recipes 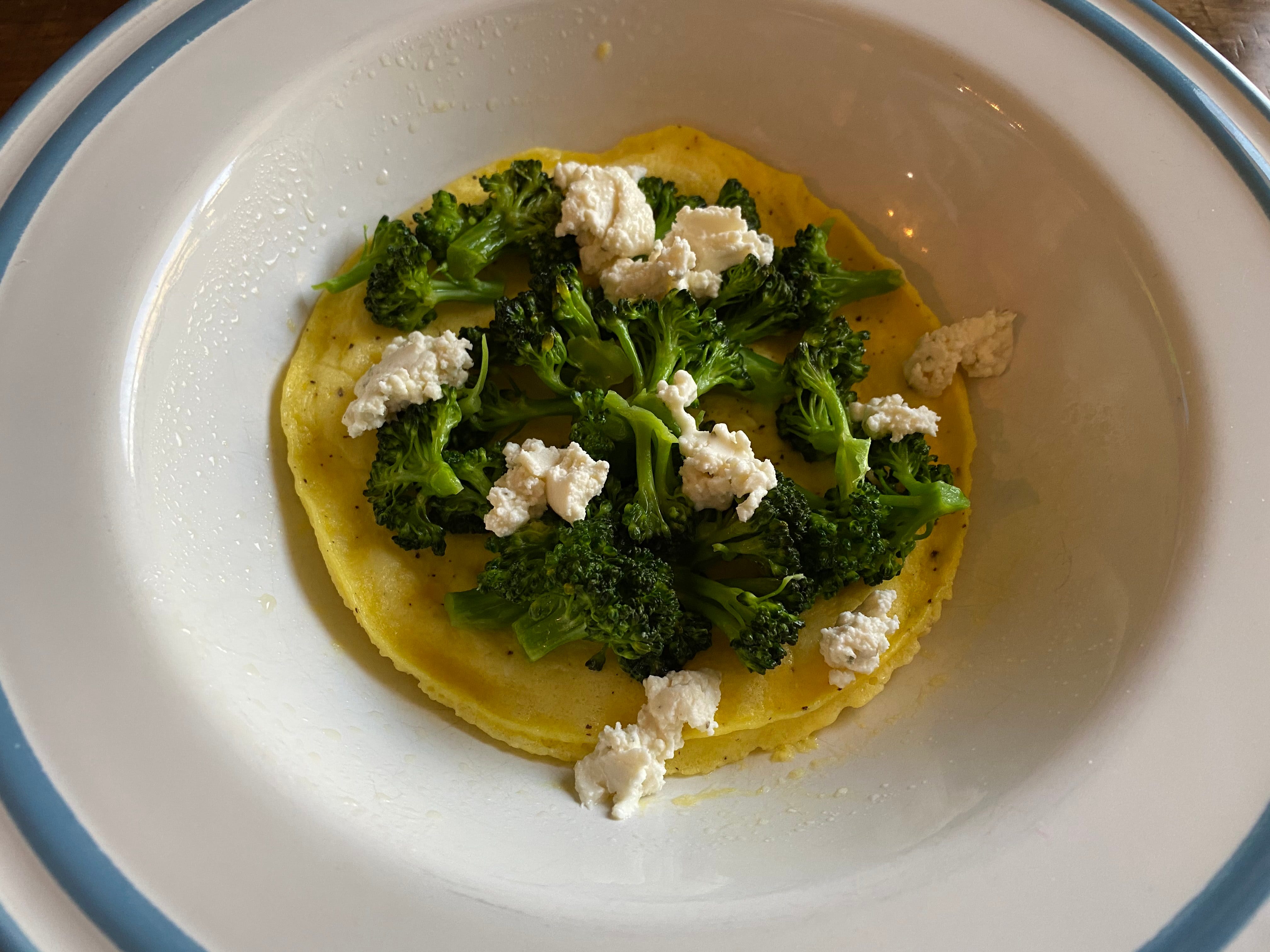 Paige Bennett for InsiderThis omelet was fluffy and flavorful.

I wasn’t sure how I’d like a microwaved omelet, but this actually turned out incredibly good.

The omelet was so fluffy and light. The Boursin cheese made it creamy, and the broccoli added a fresh flavor and some crunch.

It was nice to cook everything in just two dishes instead of dirtying larger pots and pans, and the eggs didn’t stick to the bowl at all.

Lagasse’s omelet is mixed in a blender 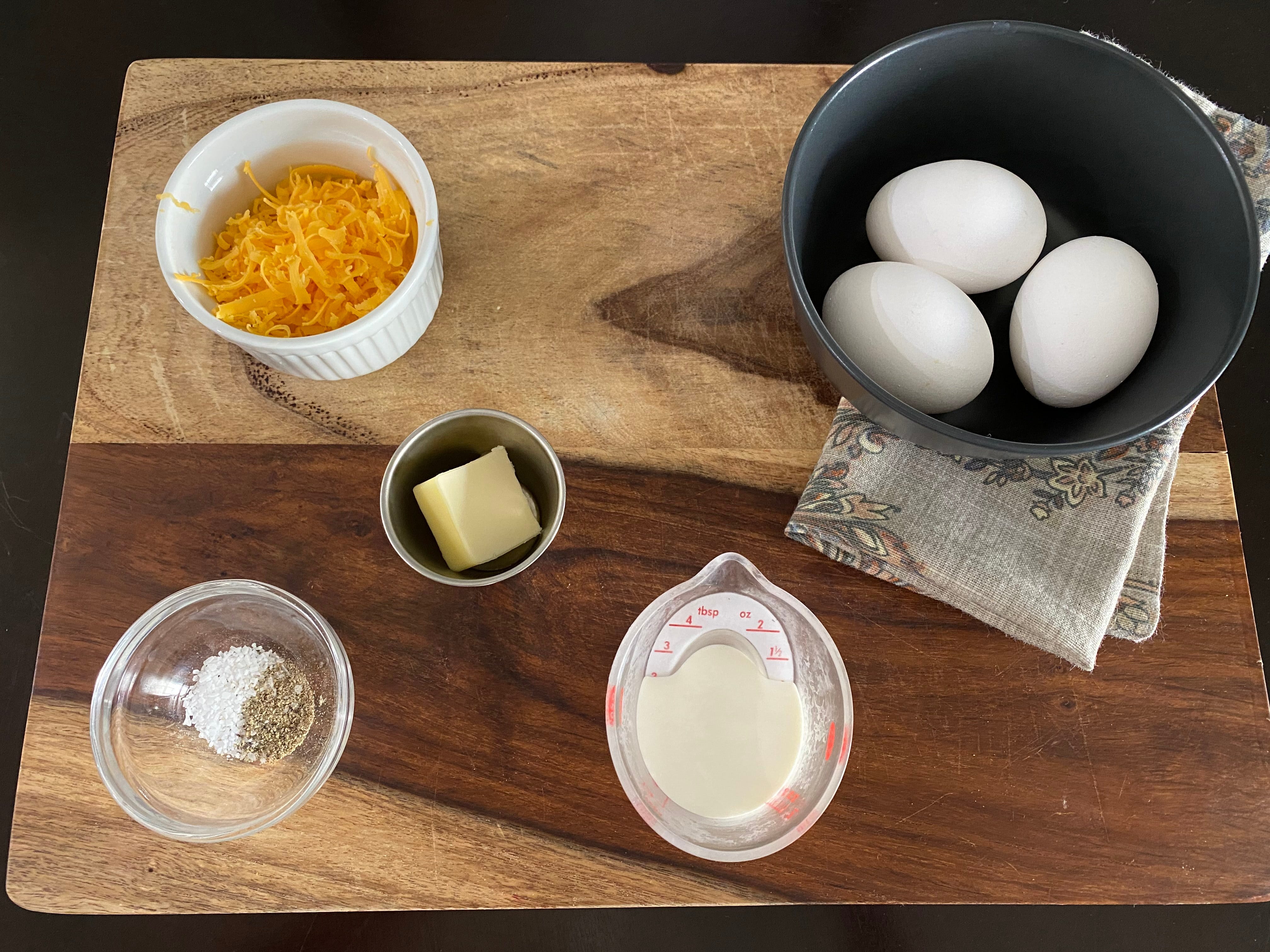 That said, it does include breaking out and dirtying a blender.

This omelet was difficult to flip 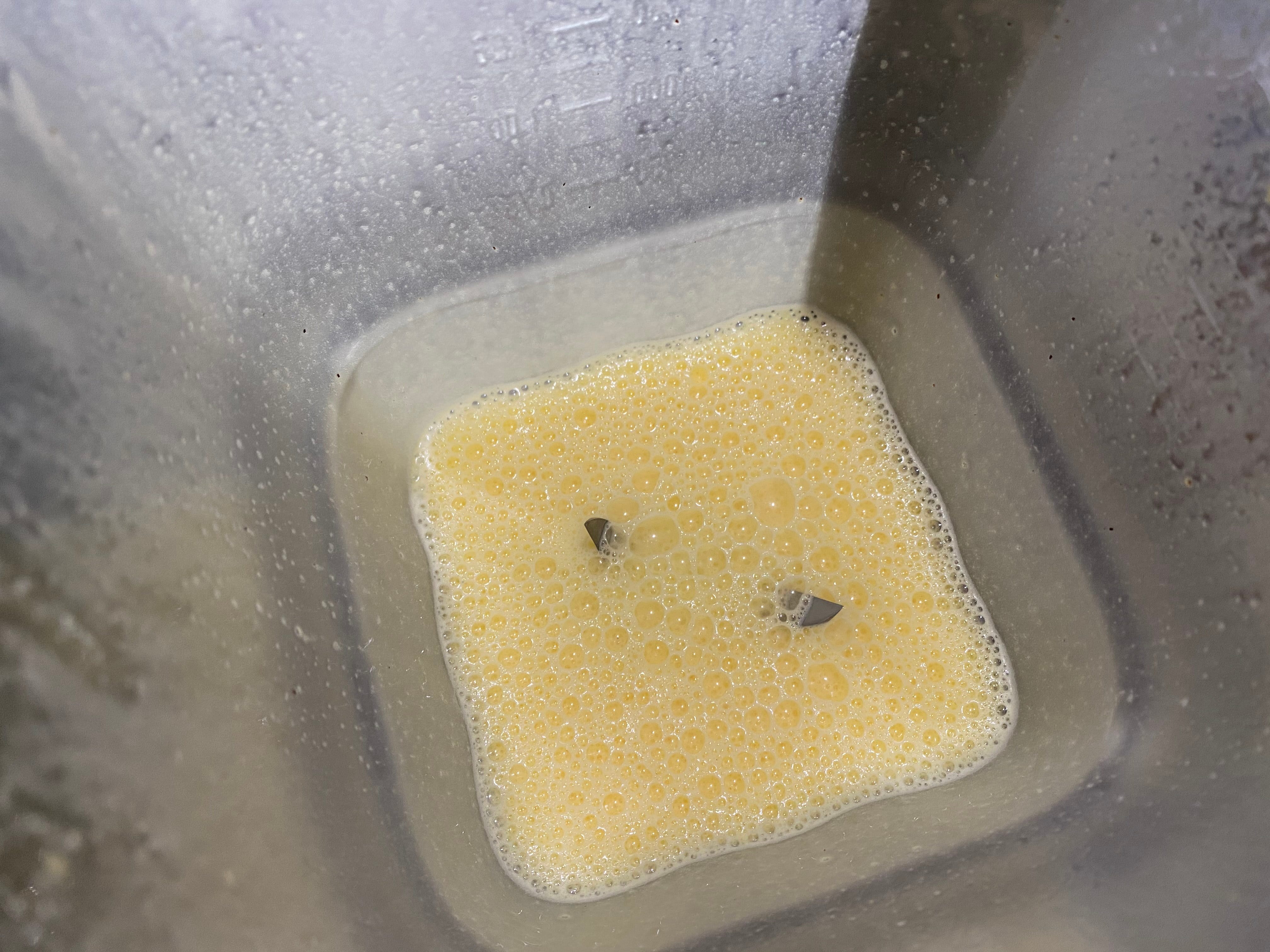 Paige Bennett for InsiderEmeril Lagasse’s recipe calls for a blender.

I put all of the ingredients in a blender and let it run for about a minute, then added the mix to a hot, buttered pan.

I gave it a few stirs as if I were making scrambled eggs and then just let it sit. I added cheese when it was almost done cooking, just before I attempted to flip it. 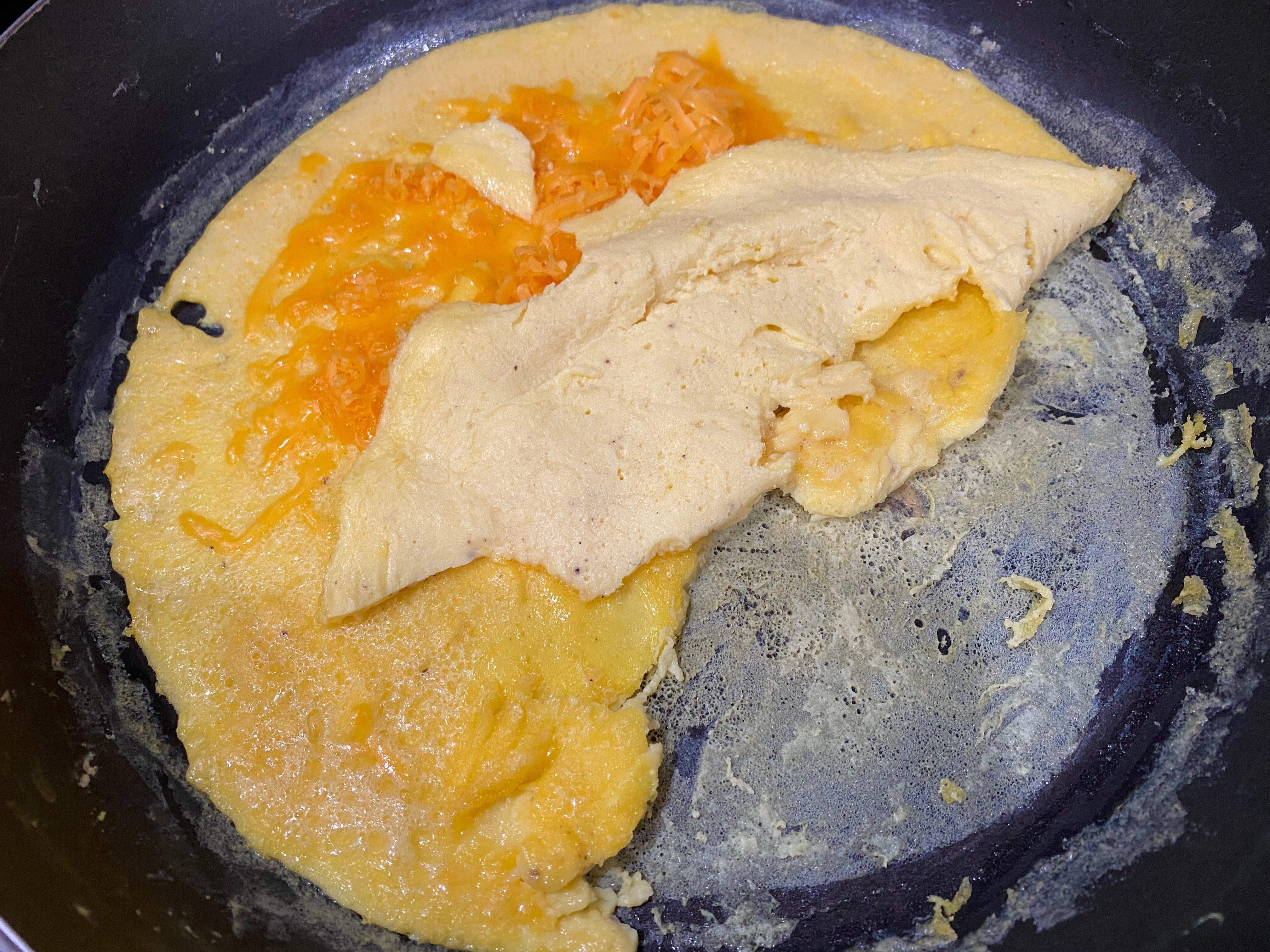 Paige Bennett for InsiderThe eggs stuck to the pan.

Although I turned the heat down once the eggs were in the pan, they still started to stick to the bottom, making the omelet a challenge to flip.

This omelet wasn’t the prettiest but turned out delicious 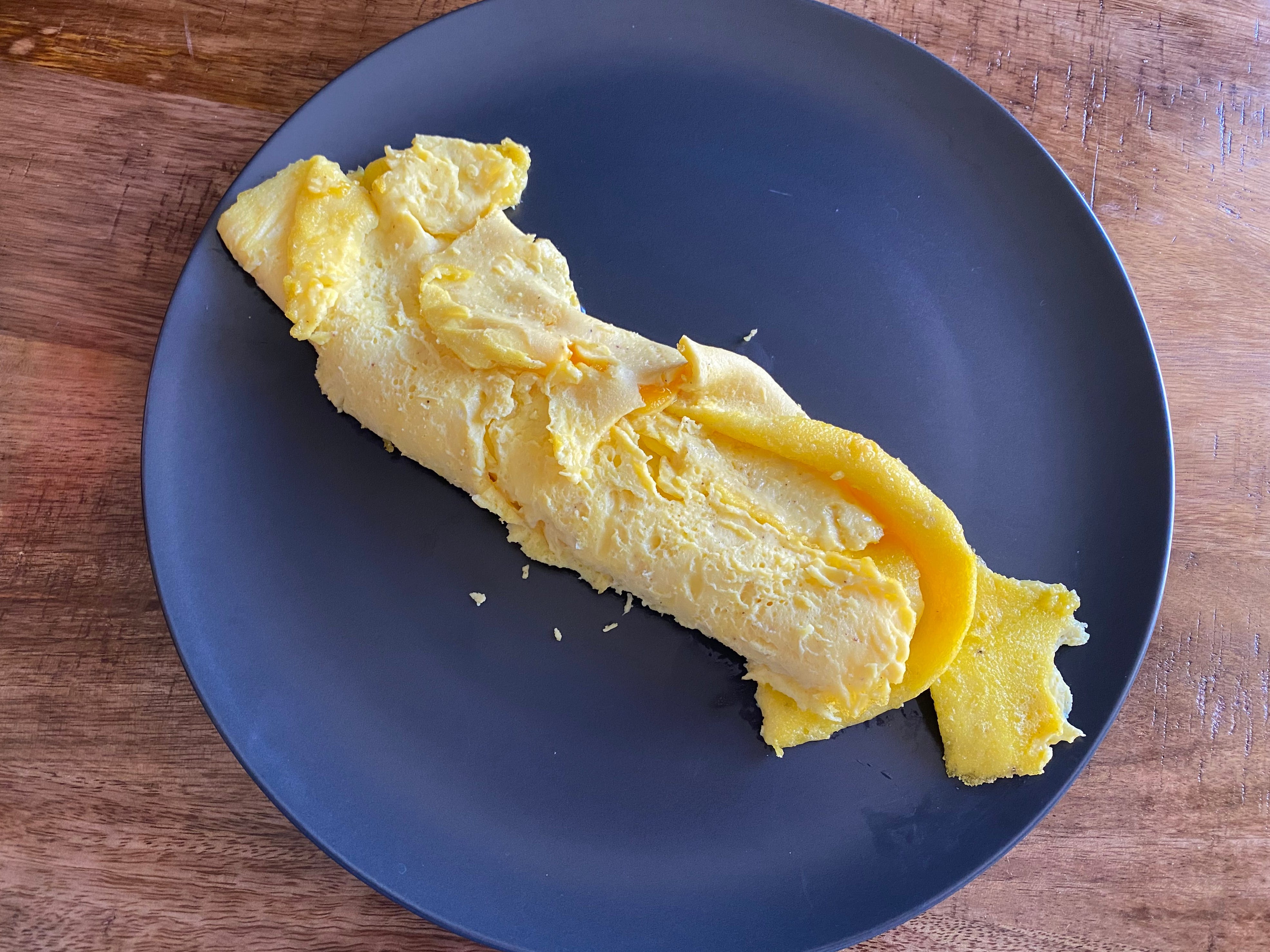 Don’t let this omelet’s appearance fool you – it tasted amazing.

It was fluffy, buttery, and cheesy, and although I was bummed it didn’t look the best, the flavor more than made up for it.

In the future, I will probably swap the butter for oil to help the omelet lift easier and add some fresh herbs for garnish.

De Laurentiis’ recipe seemed the strangest of them all 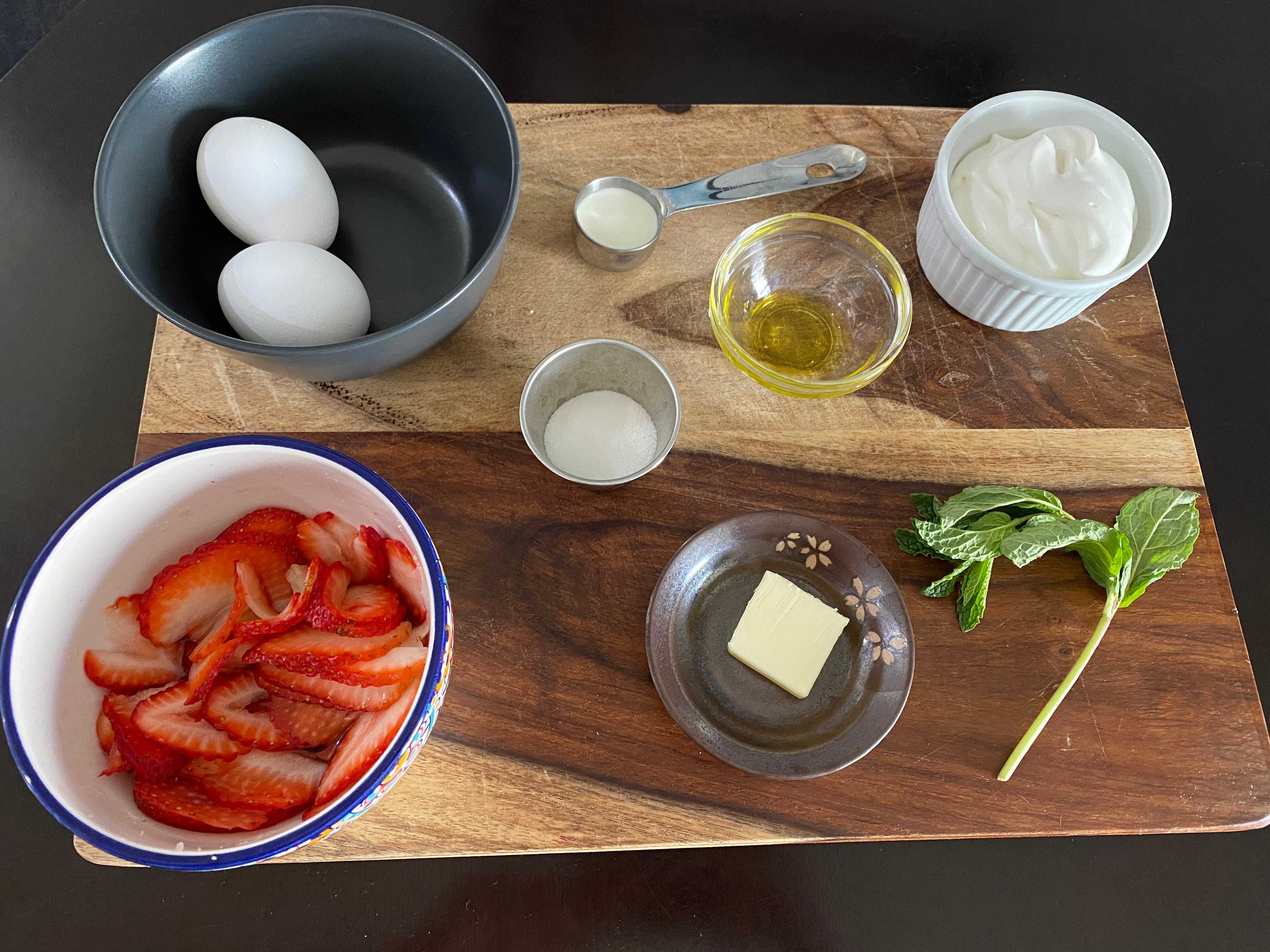 I wasn’t sure how I felt about De Laurentiis’ omelet recipe, which includes mint, strawberries, and whipped cream. I hoped it would taste more like a crepe than an egg dish.

As I soaked the strawberries in a bit of sugar and white-wine vinegar, I made whipped cream with powdered sugar, heavy cream, and vanilla in my mixer. 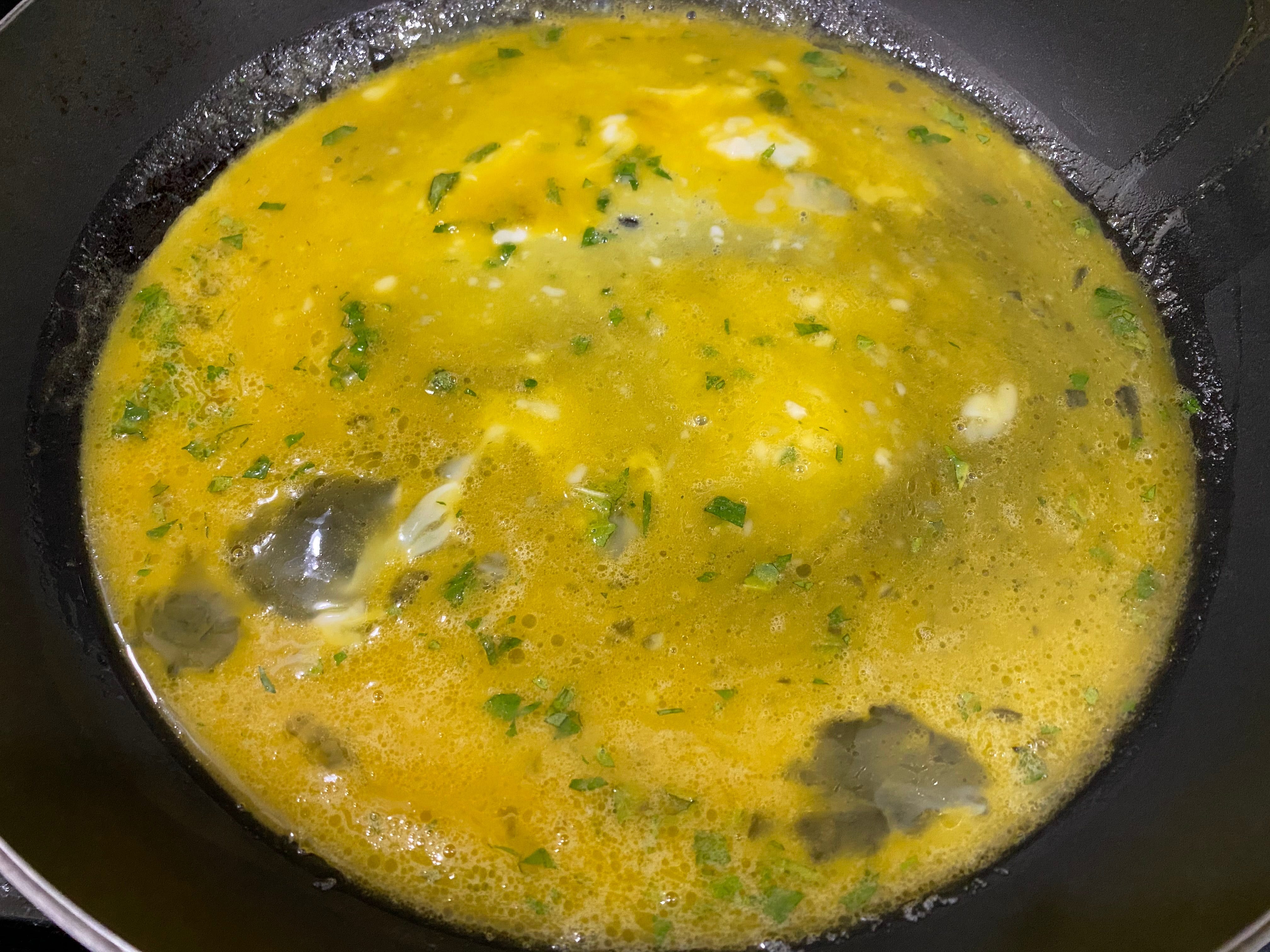 Paige Bennett for InsiderThe recipe calls for adding mint to the egg mix.

I then whisked the eggs, chopped mint, sugar, cream, and salt together and added the mix to a pan with melted butter and oil.

The eggs quickly set in the pan, and once they were almost cooked on top, I drained the strawberries and added them to the omelet. 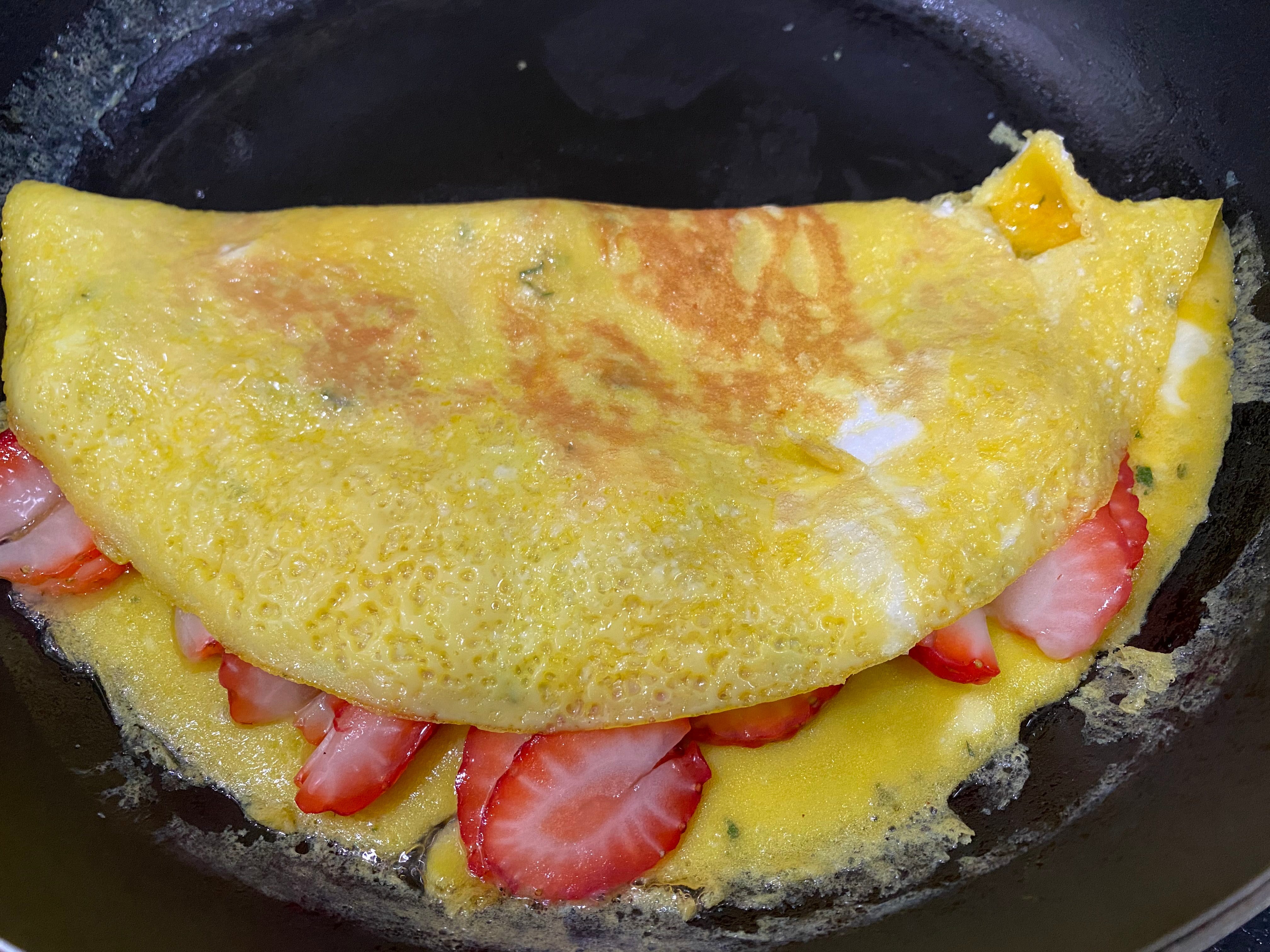 Paige Bennett for InsiderThis omelet was easy to flip.

Despite flipping pretty easily, this omelet was a struggle to plate. The juice from the strawberries made the entire operation slippery, but the meal still transferred onto the dish without falling apart.

This omelet had a lot of flavors, but they weren’t quite complementary 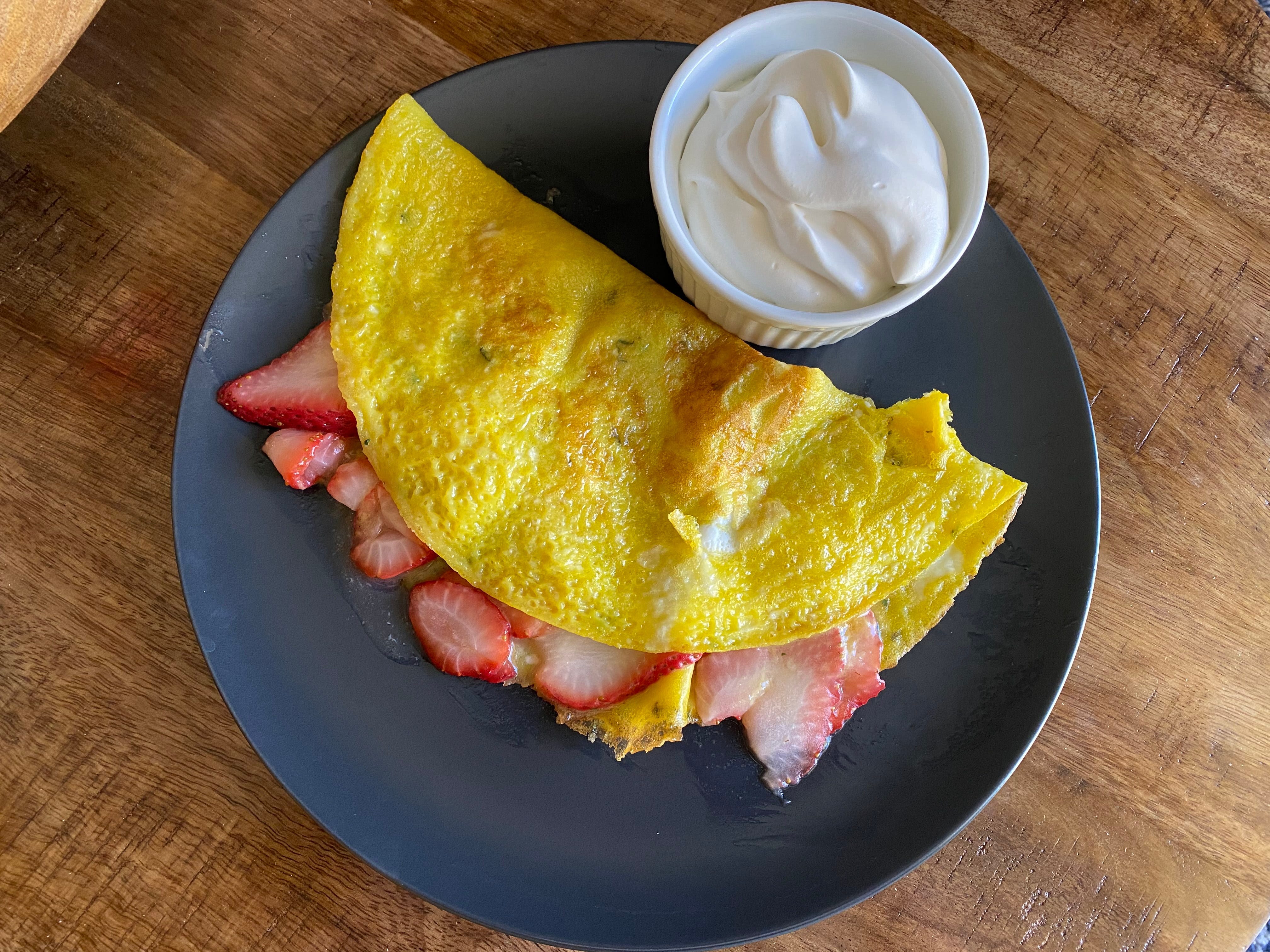 Paige Bennett for InsiderThis omelet was not enough like a crepe to work.

I was ready to give this omelet the benefit of the doubt, but I didn’t like the final result.

I took several bites, and each one started out OK, tasting sweet and a little like a crepe because of the strawberries, but then I’d quickly notice the egg flavor and overpowering final note of mint.

Drummond’s recipe is also made in the microwave 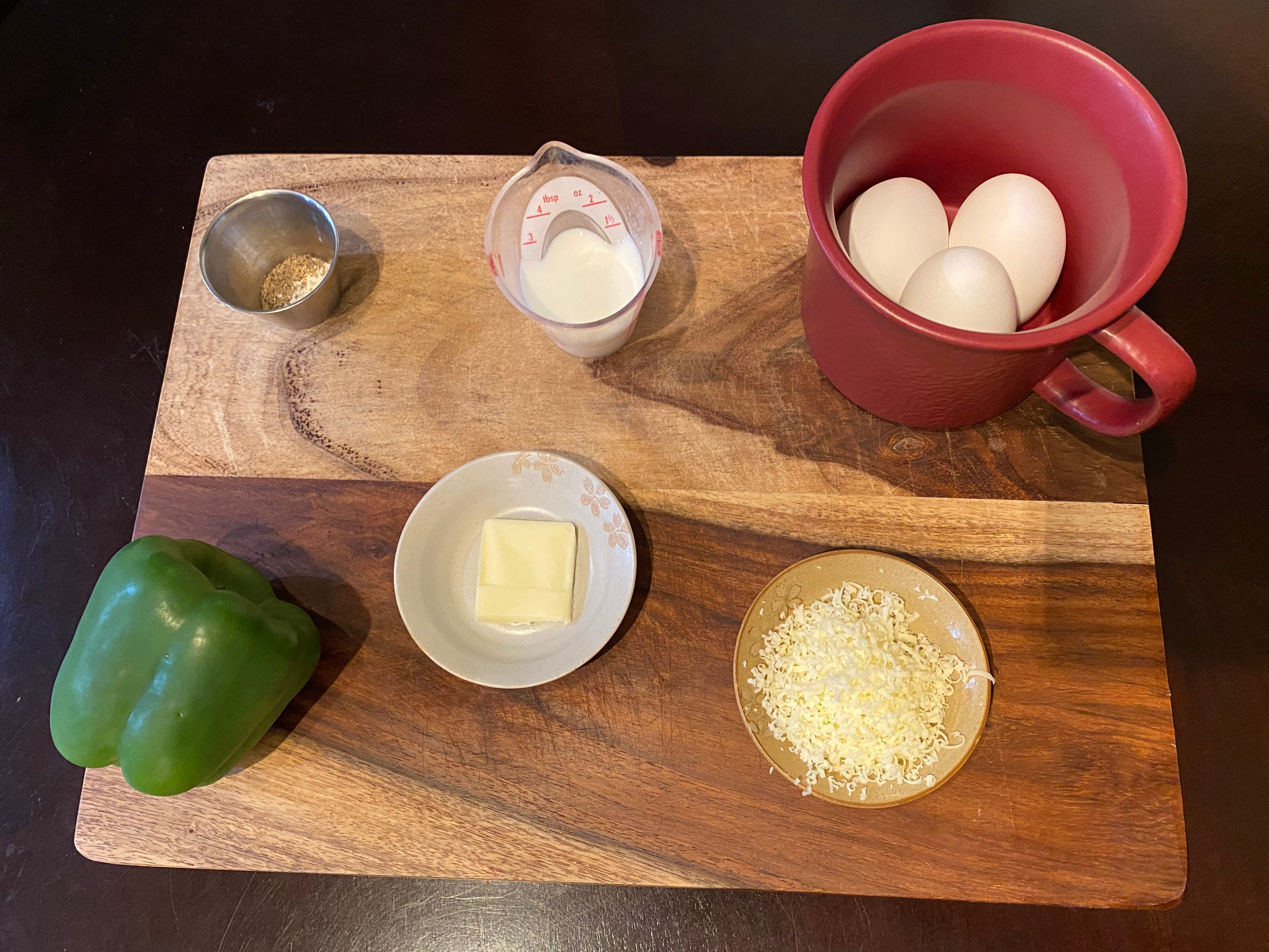 This omelet seemed easy enough since it only requires dirtying one microwave-safe mug to make.

The recipe also calls for ham, but I left it out because I don’t eat meat.

This was the easiest recipe to make 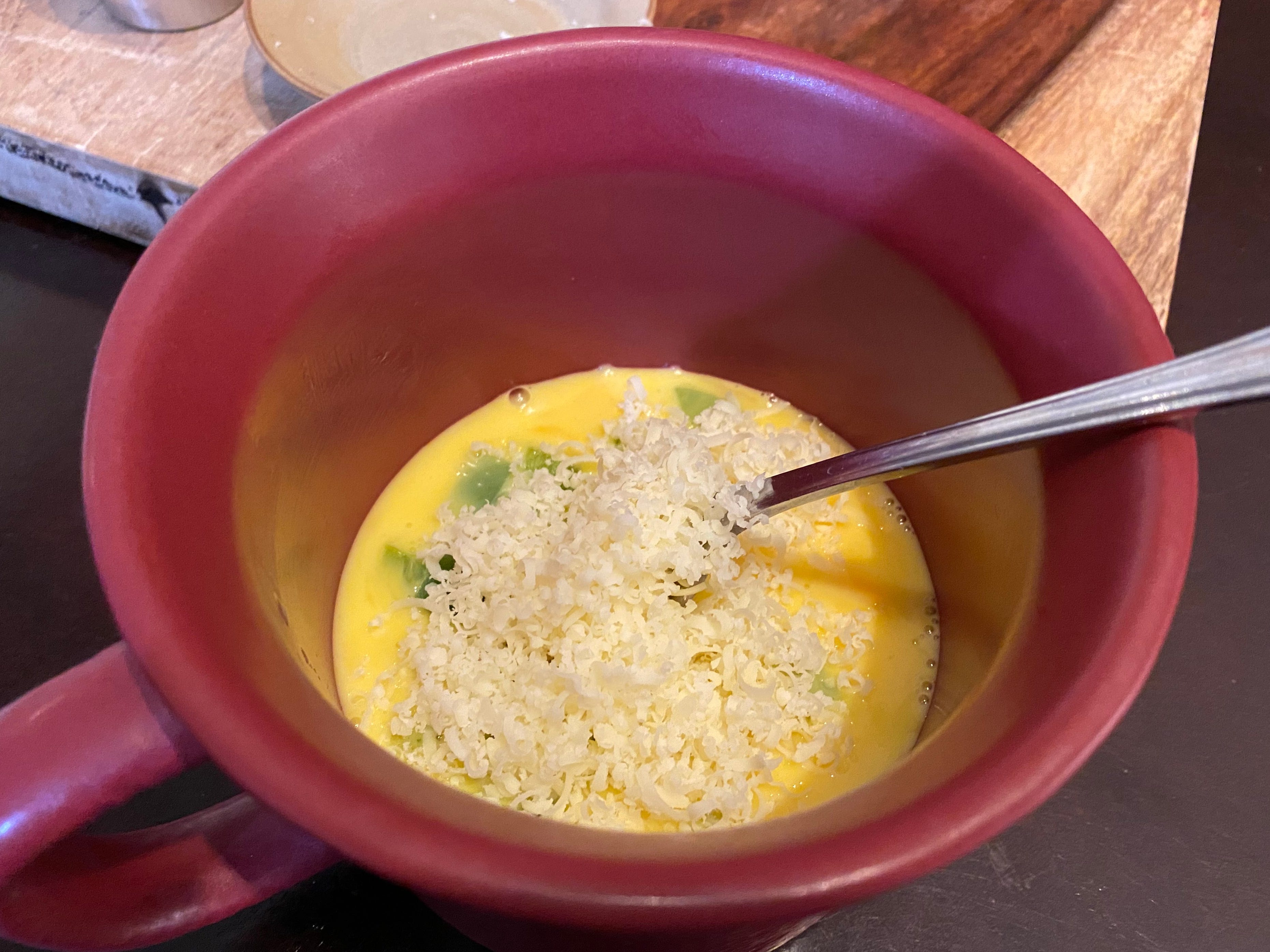 Paige Bennett for InsiderI mixed everything together in one mug.

This option was so easy to throw together.

I melted some butter in a mug, then whisked in the eggs, milk, cheese, salt, pepper, and bell peppers before popping it back in the microwave until everything was thoroughly cooked.

I was surprised by how much I enjoyed this omelet, even though it was more like scrambled eggs 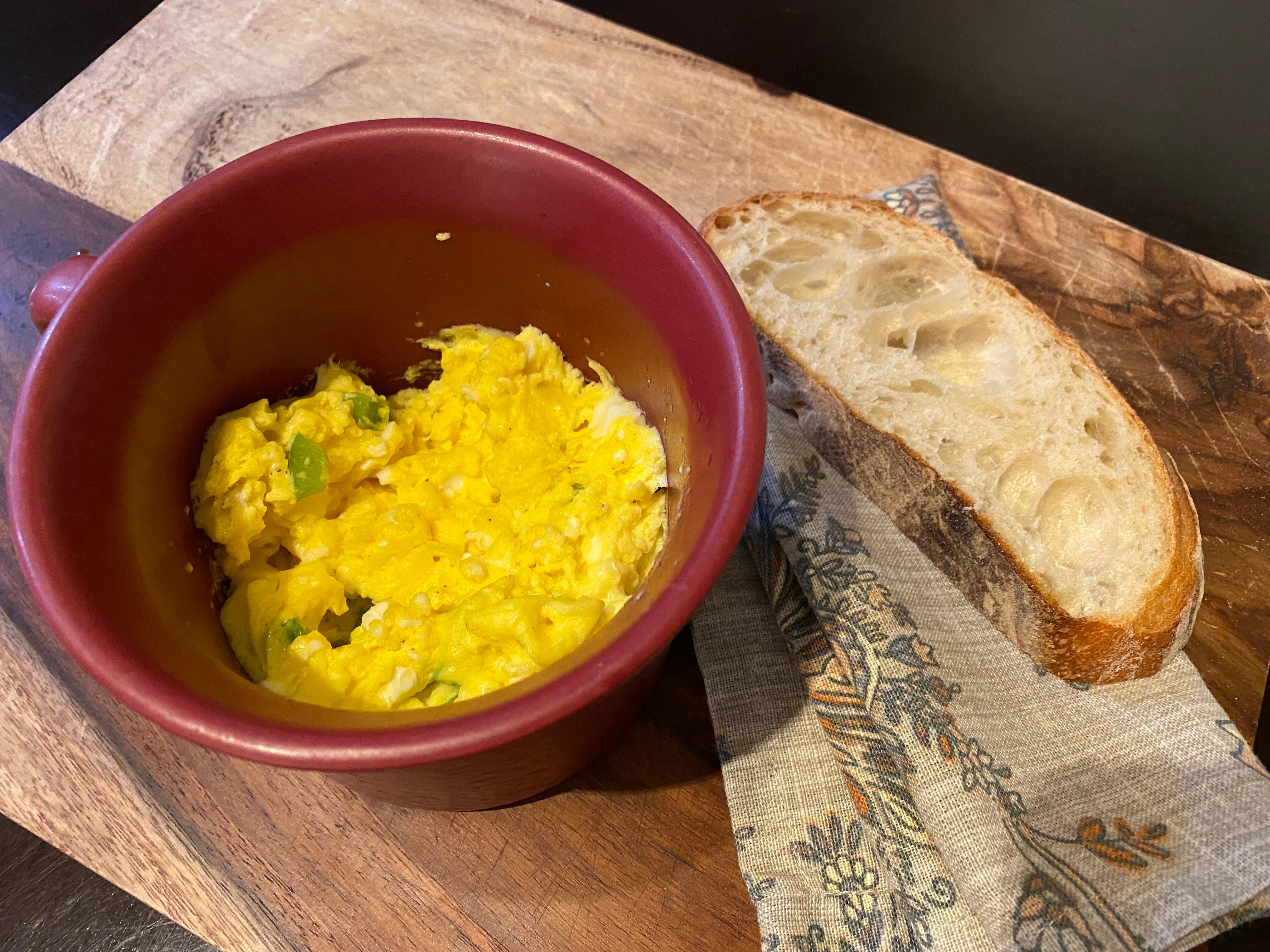 Paige Bennett for InsiderThis omelet came out moist and light.

When imagining microwaved eggs, I think of dry, rubbery, flavorless dorm-room concoctions, but this was anything but that. They had a lot of flavor thanks to the cheese and bell peppers and were slightly moist and very light.

They were the easiest of the bunch to make, and I loved that I could whisk the eggs and toppings right in the mug.

That said, this dish’s texture was more like that of scrambled eggs than an omelet, but I’d still be interested in making it again. 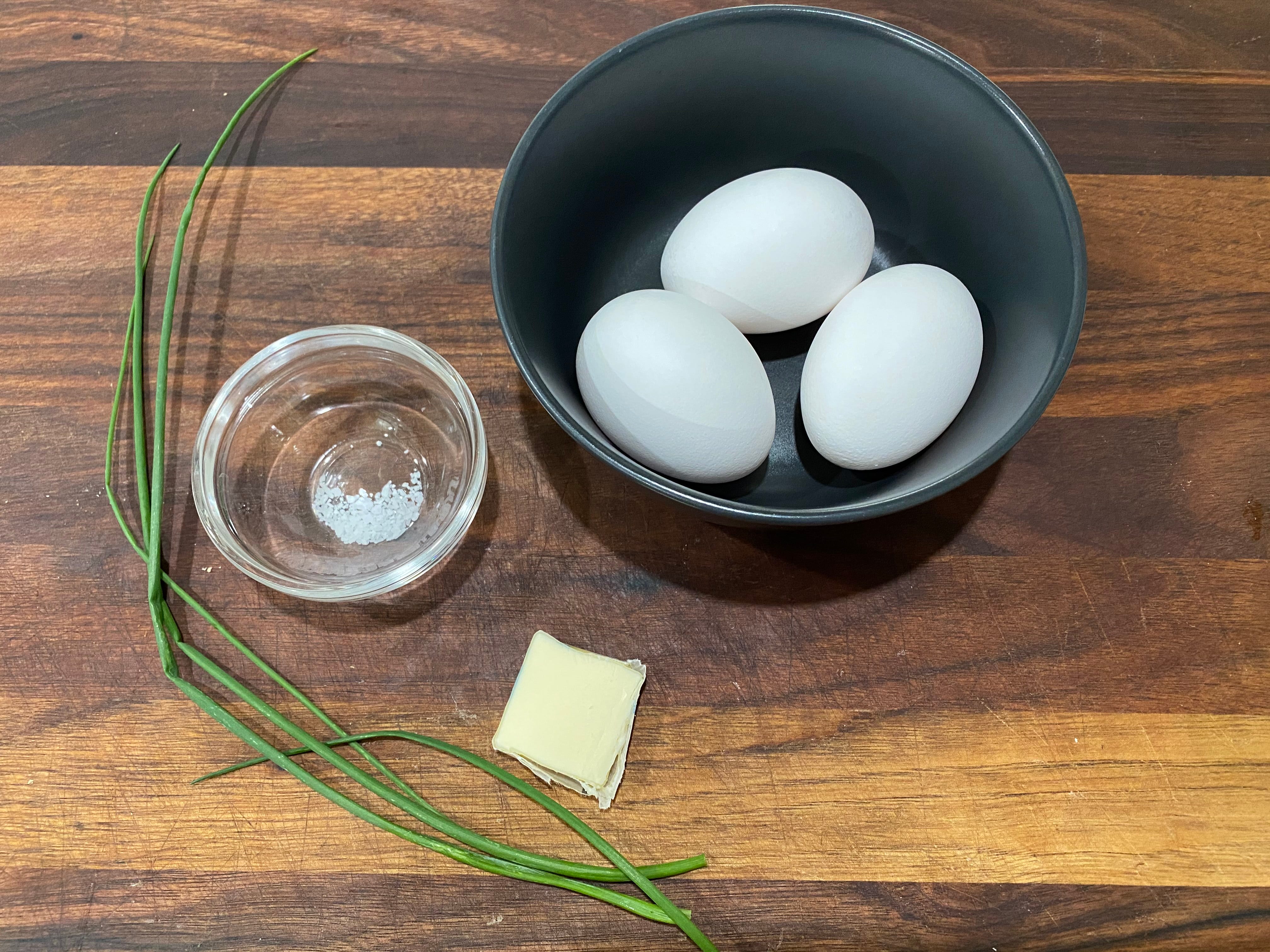 This recipe requires just three ingredients but calls for letting the eggs sit in water for five minutes before cooking.

I started by resting the eggs in hot water for five minutes, then cracked them into a bowl and mixed them with salt. 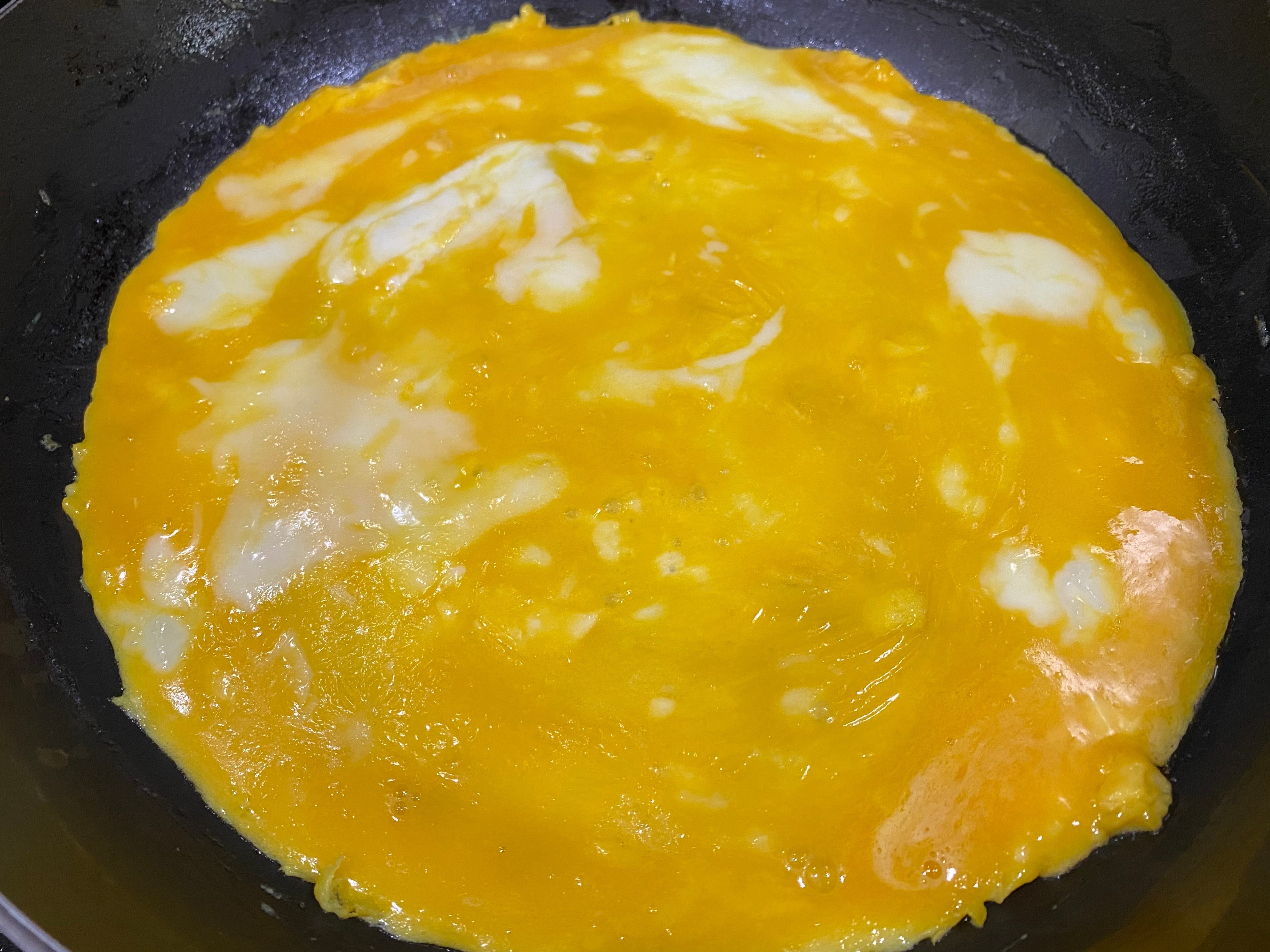 I then heated butter in the pan and poured the eggs in, whisking until they started to set. But even with thorough mixing, the eggs yolks and whites still started to separate.

I lowered the heat, lifted the edges with a rubber spatula, and attempted a trifold, but this omelet wouldn’t cooperate with me. It stuck to the bottom of the pan and started falling apart, plus it didn’t look fully cooked inside.

This omelet was too moist 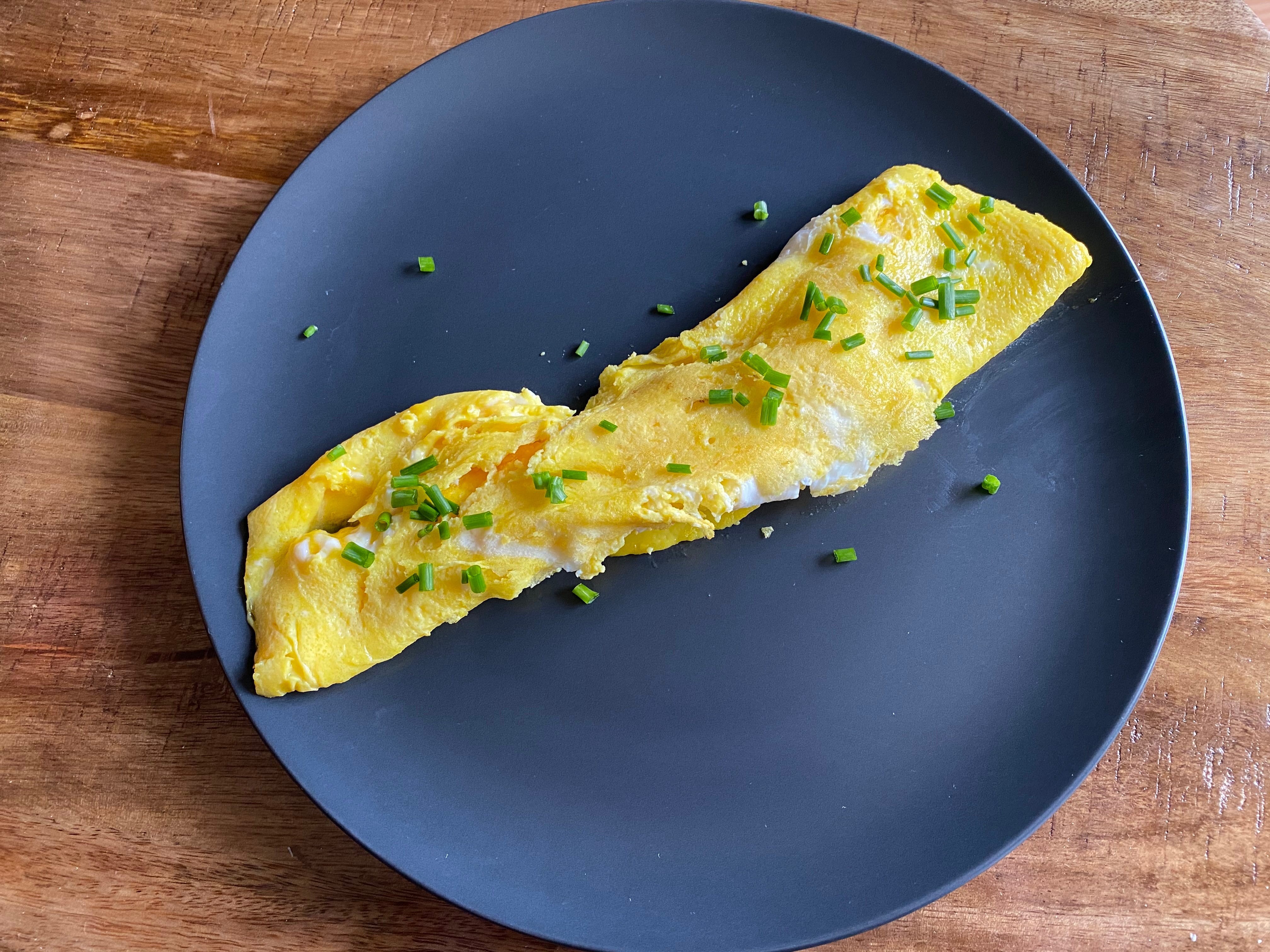 Paige Bennett for InsiderThis omelet seemed a bit too undercooked in the middle.

The first bite tasted fine and was soft and a little creamy. The chives also helped brighten the flavor.

But as I ate more of the omelet, I realized it was just too wet for my liking.

Although there are a couple I probably won’t attempt again, I enjoyed many of these omelets 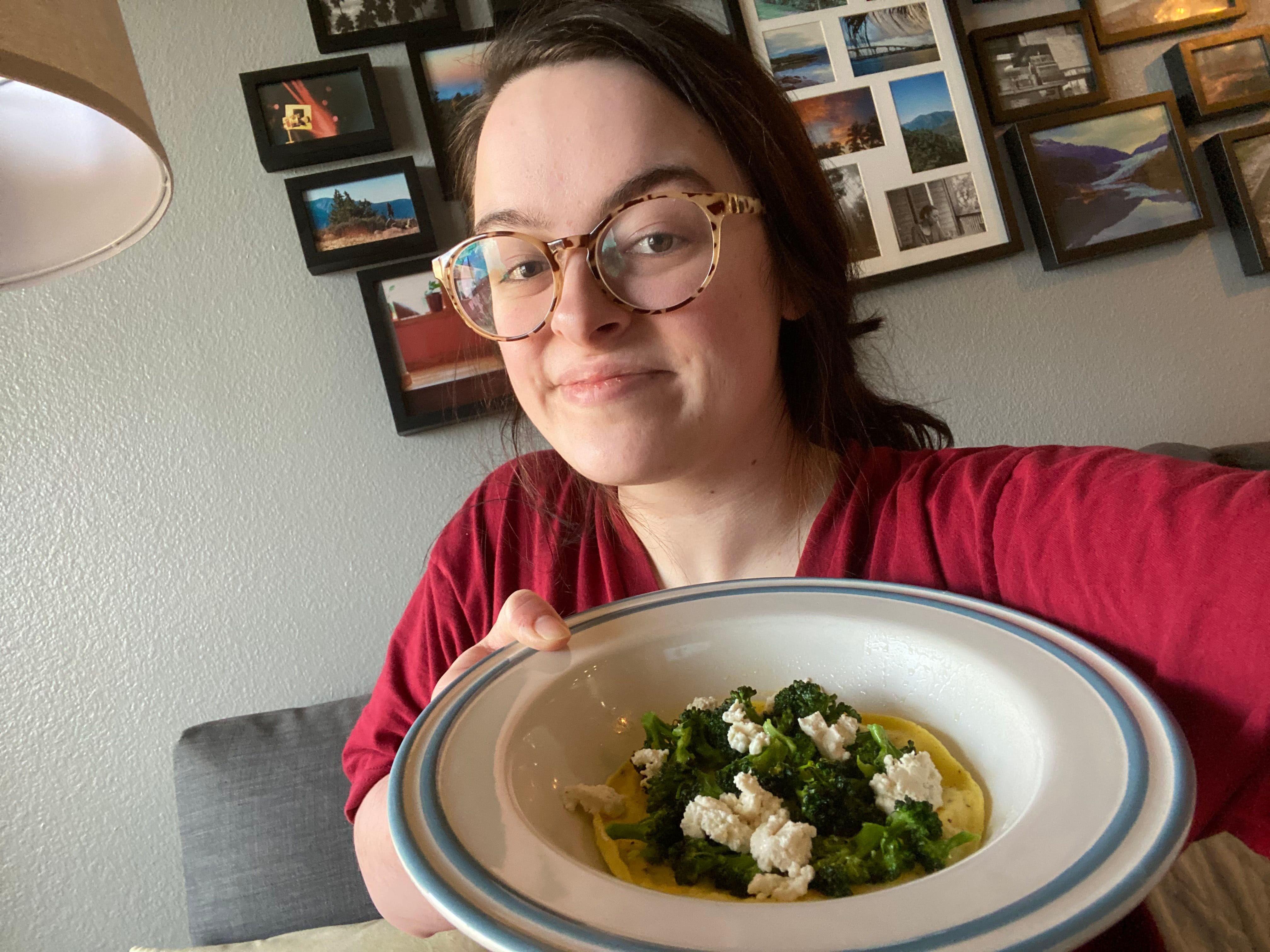 I don’t anticipate adding strawberries or mint to my omelets again anytime soon, but I still liked most of these recipes.

On the whole, oil or a combination of it with butter proved best for preventing the omelet from sticking.

I also loved the addition of fresh herbs and veggies and will never turn down plenty of cheese.

But I was most surprised to find out that you can cook airy and delicious omelets in the microwave, so I definitely plan to make both of those recipes again, especially on busy work mornings.

Click to check out the other celebrity-chef recipes we’ve put head-to-head so far.