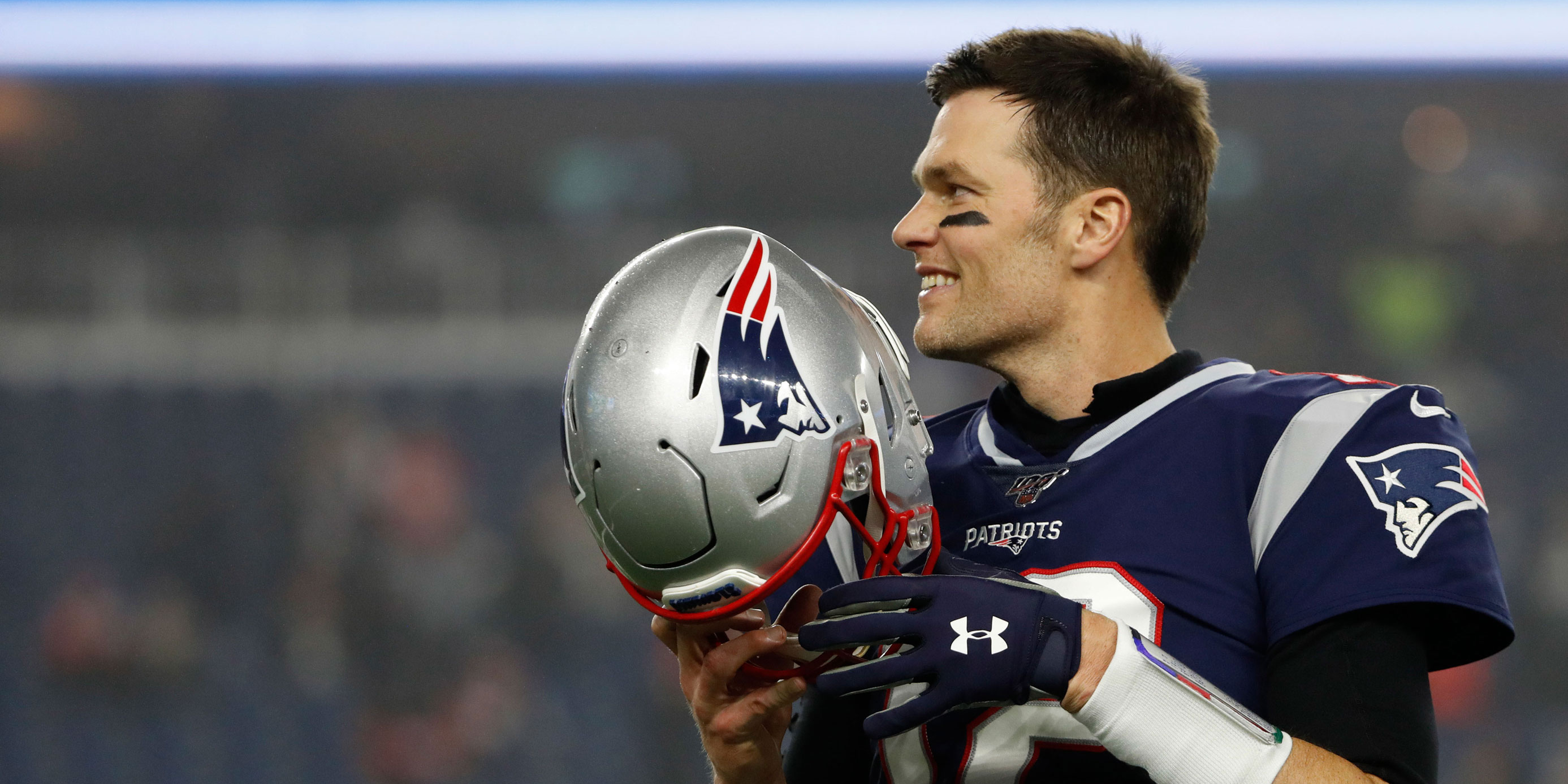 Winslow Townson-USA TODAY SportsTom Brady is set to become a free agent, and teams are eager to make him an offer and convince him to leave the Patriots.

After 20 seasons with the New England Patriots, Tom Brady will be a free agent for the first time in his career.

Brady had some fun with his coming free agency ahead of the Super Bowl, teasing fans with a cryptic Instagram post that later turned out to be a commercial for Hulu.

Since then, the possibility of Brady leaving the Patriots has only gotten more real, with NFL insider Jeff Darlington telling ESPN that he would be “stunned’ if Brady would up returning to New England for the 2020 season.

Below we take a look at teams that could be in the market to sign the superstar quarterback, whether due to a need to win now, a need for a bridge quarterback, or a need for some serious star power. Odds for each team come courtesy of the Westgate Las Vegas SuperBook as of February 26. 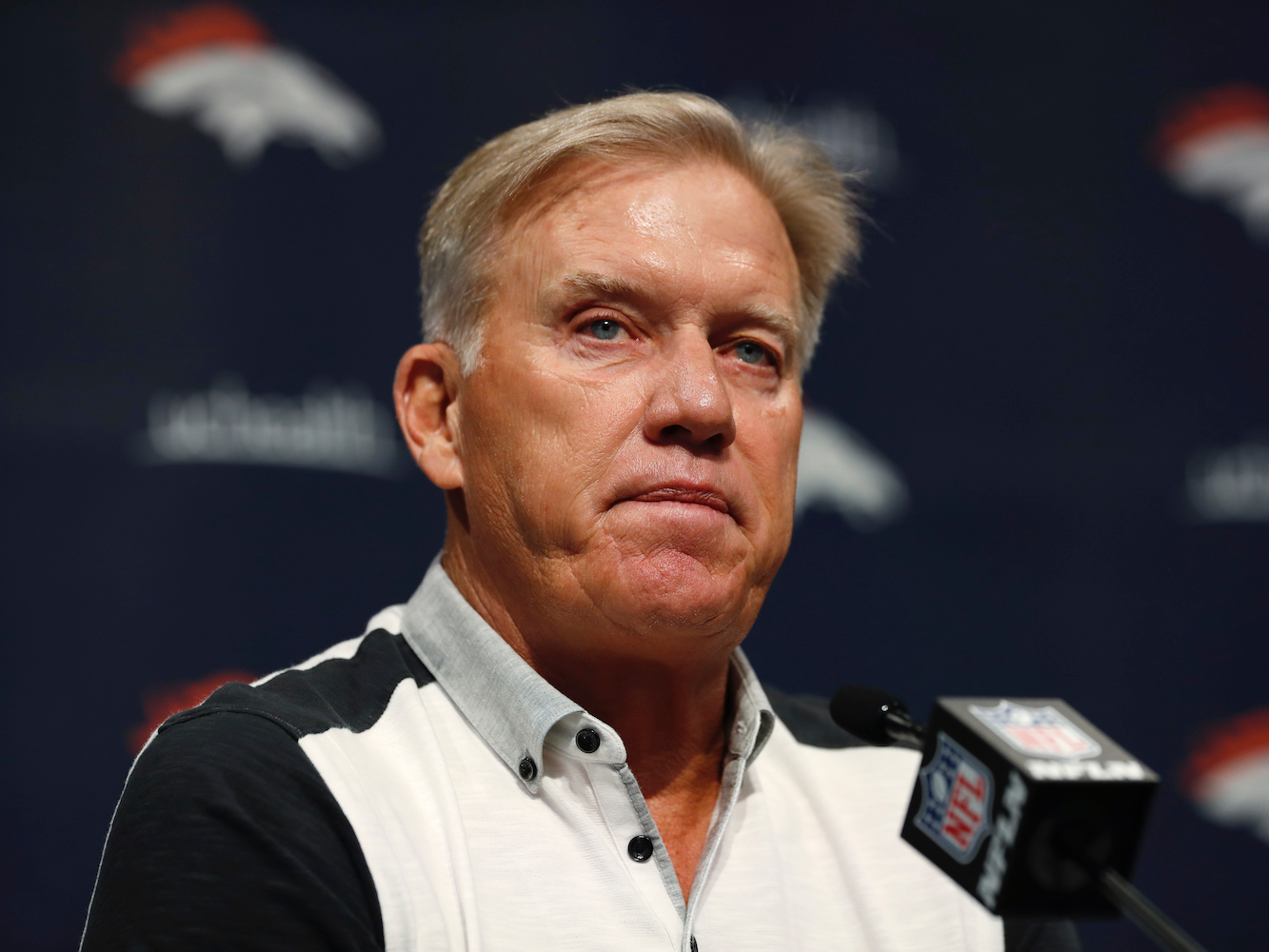 Why he could sign there: John Elway has made some big swings at quarterback during his time as general manager of the Denver Broncos. Most notably, Elway landed Peyton Manning in one of the most dramatic moves in NFL history, and brought the franchise a Super Bowl as a result.

Since then, Elway’s track record with quarterback selection has been less than stellar, with the likes of Brock Osweiler, Trevor Siemien, and Paxton Lynch all spending time as the Broncos starter before falling out of favour.

Rookie quarterback Drew Lock hit his stride a bit in the final weeks of the 2019 season, but it’s possible that Elway decides he’d be better served waiting another year and instead attempt to recapture the magic that Manning brought the team by making a run at Brady. Why he could sign there: The Miami Dolphins spent the 2019 NFL season waiting for the 2020 NFL draft. With the fifth pick, they look poised to pick up Alabama standout Tua Tagovailoa to be their next franchise quarterback.

Tagovailoa is coming off of a brutal injury, and while he’s expected to be ready to play in 2020, you wouldn’t fault the Dolphins, or whichever team winds up drafting him for proceeding with caution.

Should the Dolphins take Tagovailoa, but decide he should sit for a year, rest, and learn the system, Brady could prove a perfect mentor for the future of the franchise. Brady’s relationship with head coach Brian Flores, who was a Patriots assistant for more than a decade before heading to Miami, only adds fuel to the speculative fire.

With Brady’s infamous hyper-competitiveness, would the opportunity to play the Patriots twice a year as a divisional foe make him more likely to take his talents to South Beach? Time will tell. 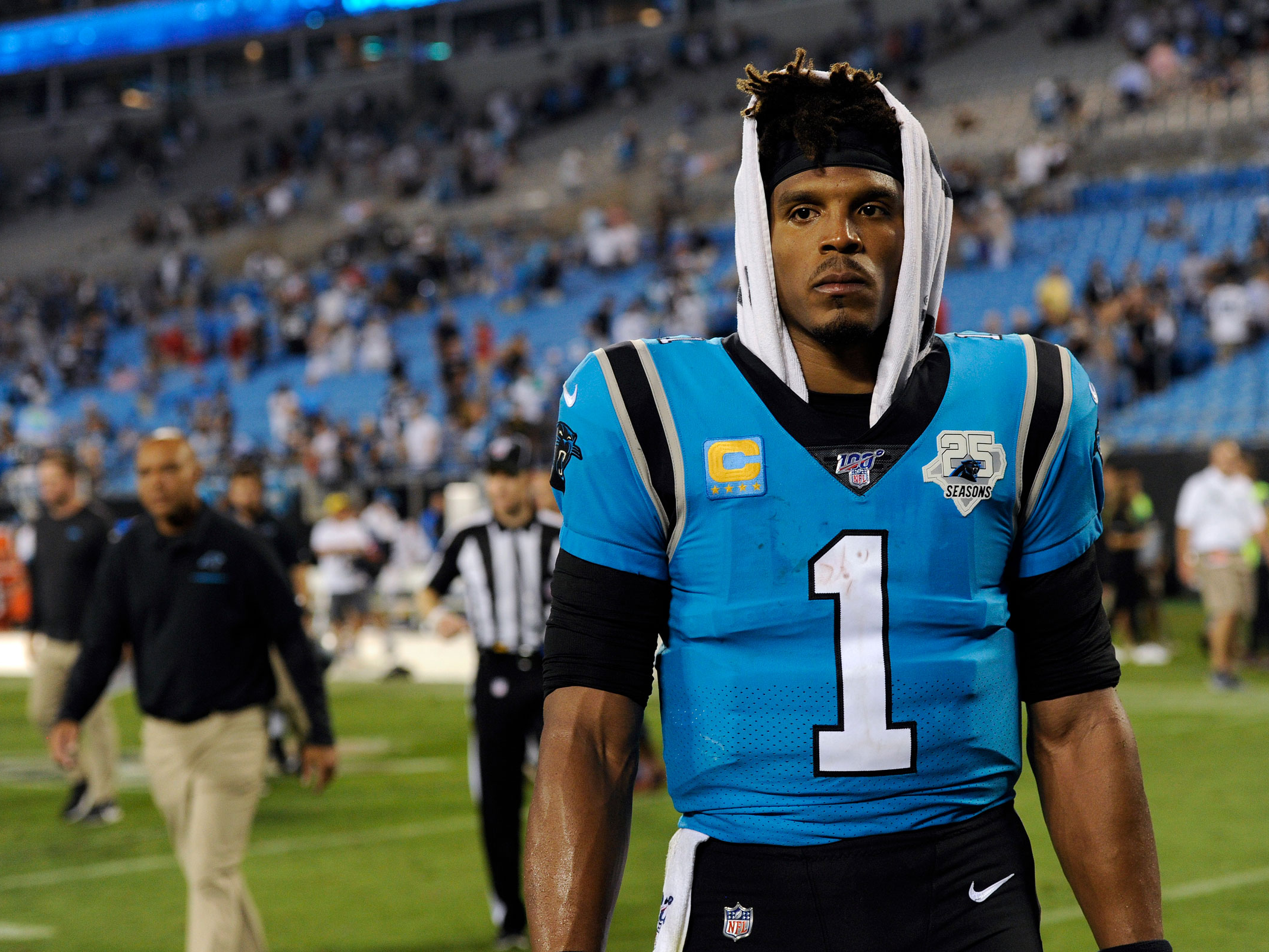 Why he could sign there: The Panthers are another team that might be in the market for a new quarterback ahead of the 2020 season. With Cam Newton coming off of an injury and in the final year of his contract, it’s unclear if the team will stick with him as a part of their future plans.

Should the Panthers opt for a temporary solution, Brady could guide them through a season or two, buying the front office some time to get their future planned out. 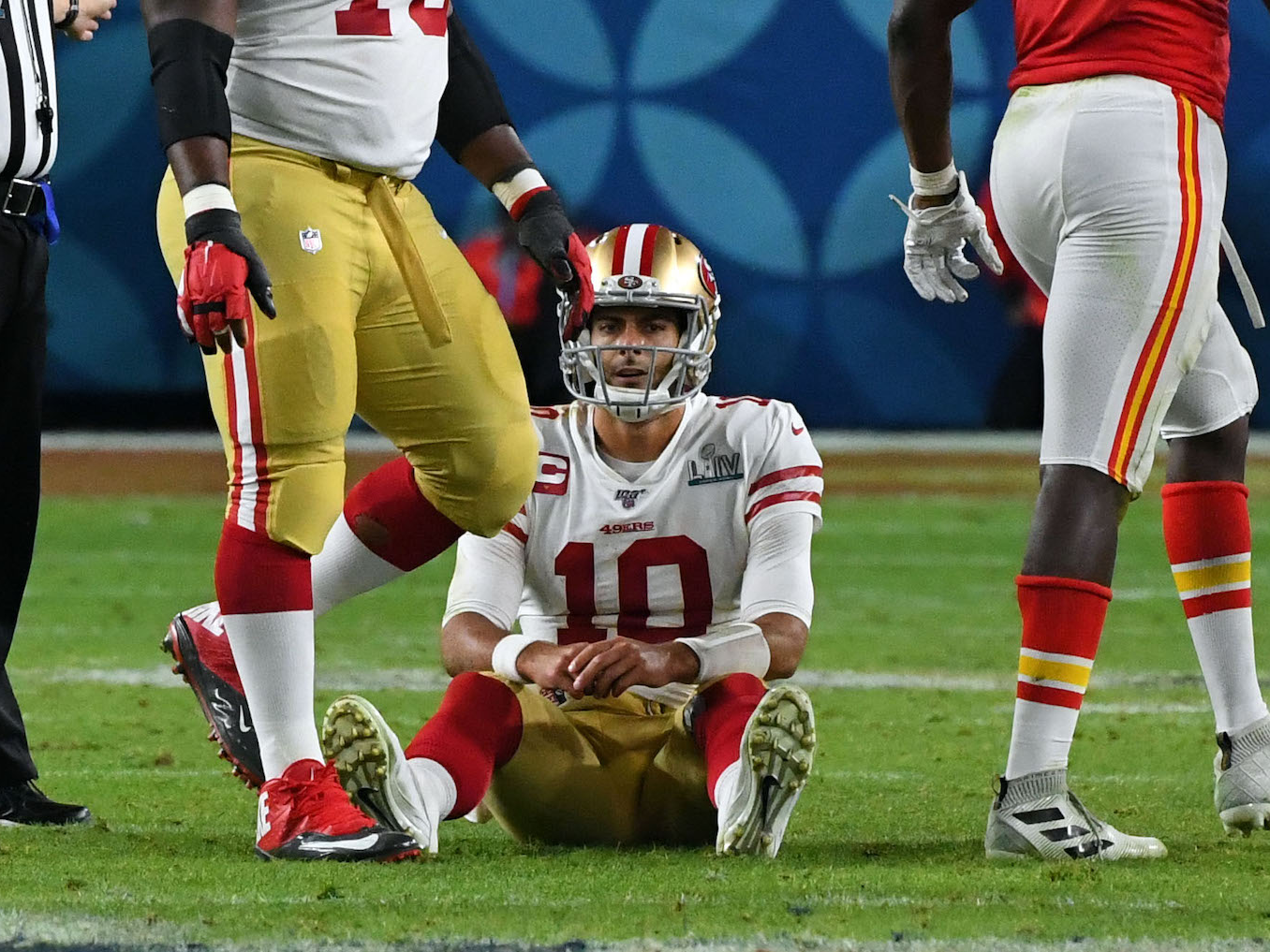 With the San Francisco 49ers just a few minutes short of winning the Super Bowl last year, it’s tough to imagine them punting on their quarterback of the future Jimmy Garoppolo in favour of the man he used to back up.

But while Garoppolo had his moments throughout the 49ers run through 2019, he was never the strong point of the 49ers game plan. He also missed the throw that could have sealed the 49ers victory in the waning minutes of Super Bowl LIV.

If the San Francisco front office believes they’re one piece shy of lifting the Lombardi Trophy, maybe Brady is that piece. 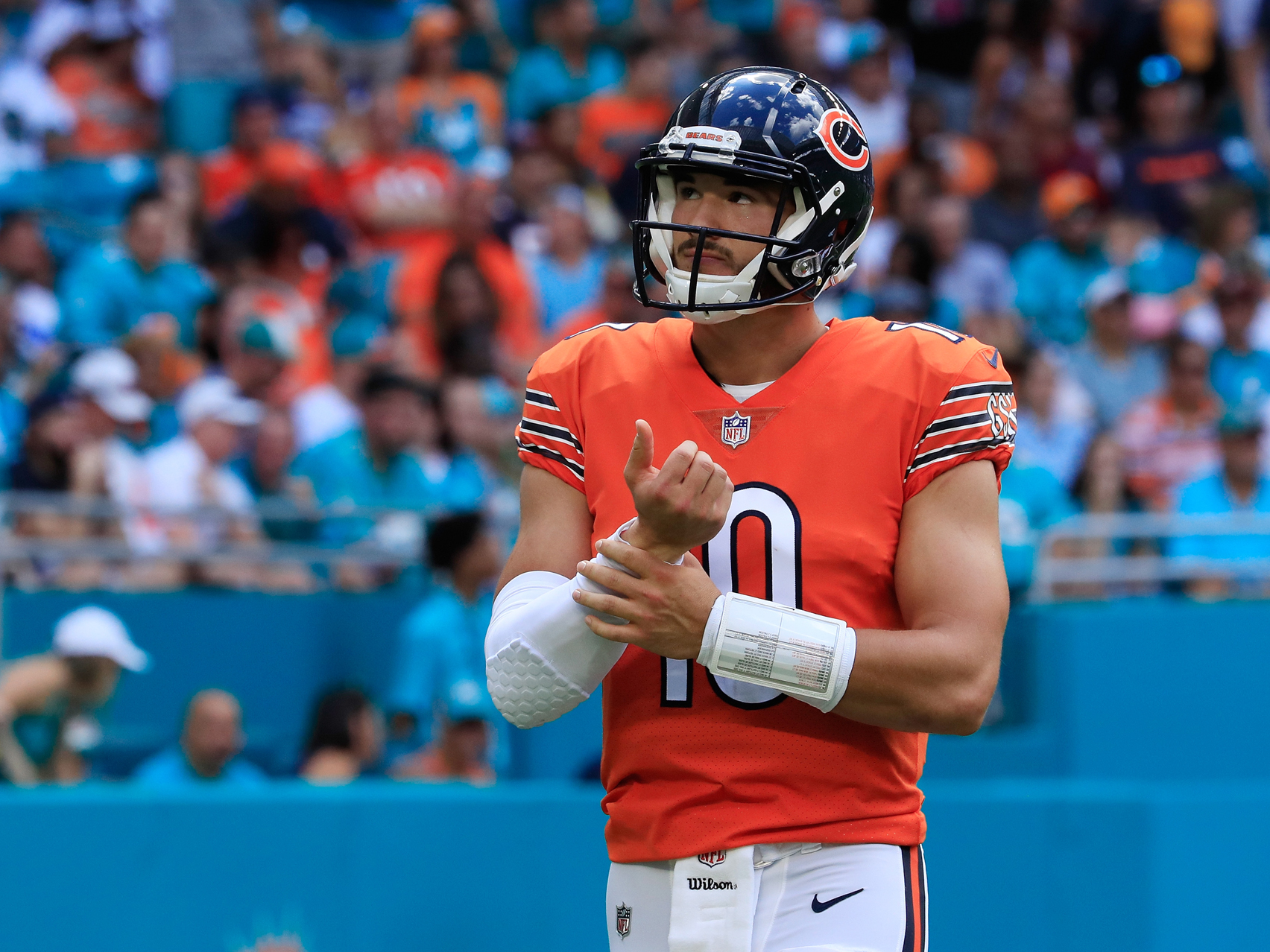 Why he could sign there: The Chicago Bears seemingly have every piece needed to be a championship team aside from a reliable quarterback. For two years, they have boasted one of the most fearsome defences in the league, as well as a string of skill position players that could be unleashed if only their quarterback could put them in a position to succeed.

Third-year quarterback Mitchell Trubisky now has the difficult designation of being the first quarterback selected in a draft that included Patrick Mahomes and Deshaun Watson. While the Bears said last year that they were standing by Trubisky, should an upgrade like Brady be available, Chicago might at the very least make their pitch. Why he could sign there: The Dallas Cowboys are still hoping that Dak Prescott will be their quarterback for the foreseeable future. But after negotiations of Prescott’s eventual extension lasted through the 2019 season unresolved,it’s possible the Cowboys will decide to use the franchise tag on Prescott, locking him under team control for at least another year.

There’s little Prescott can do in protest to the move, but one nuclear option is to threaten to sit out for the year if a new deal is not reached. Such aggressive moves by players in contract negotiations have seemingly become increasingly normal in recent years, from Le’Veon Bell’s decision to sit out a year for the Steelers to Ezekiel Elliott’s holdout through the 2019 preseason.

Should Prescott elect to make a move so bold, the Cowboys would be in the market for a quarterback. No one in the NFL loves to make a splash more than Dallas owner Jerry Jones, and there’d be no bigger splash to make than bringing Brady to America’s Team. 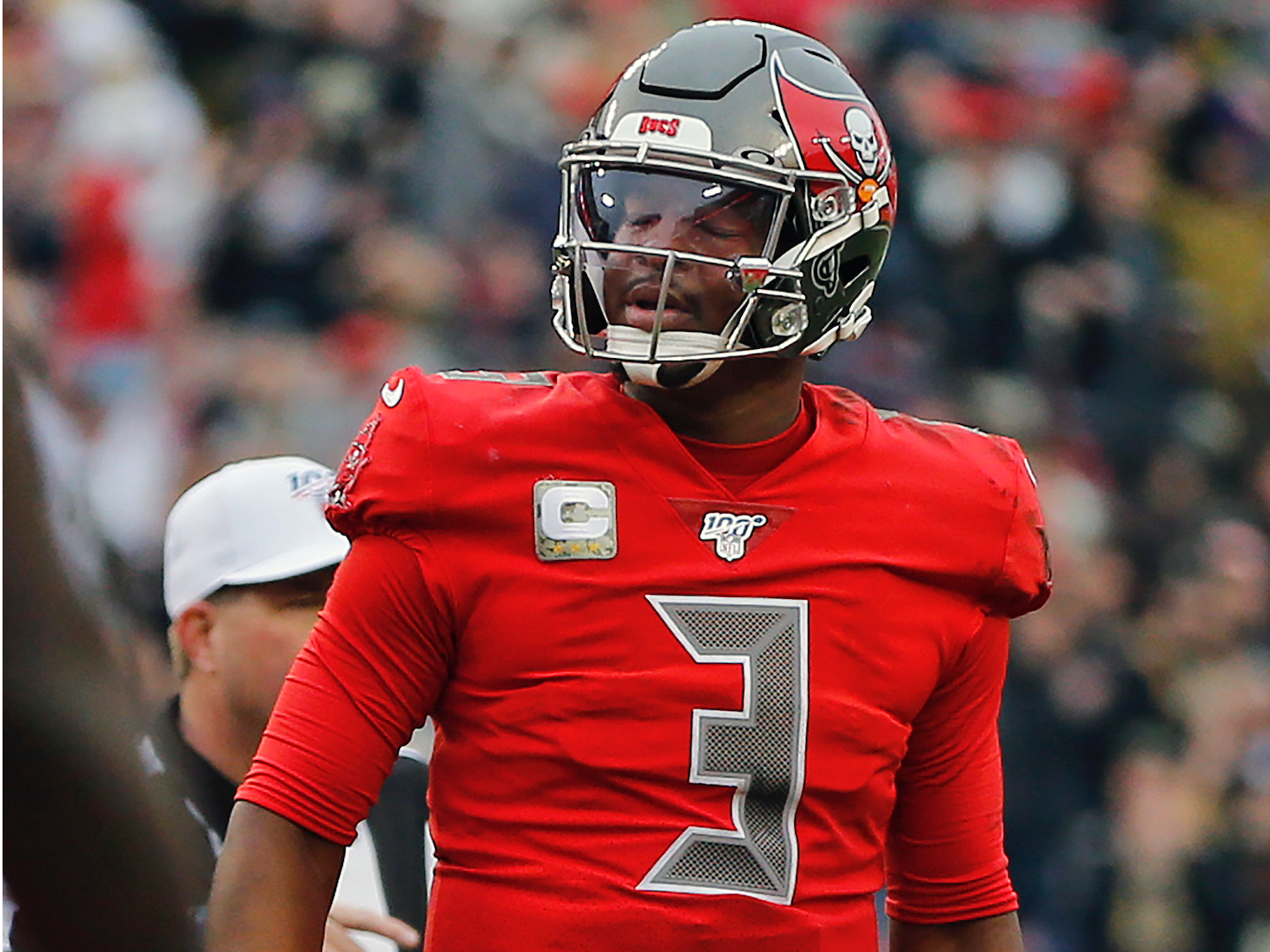 Why he could sign there: Jameis Winston is one of the more fascinating quarterback cases we’ve seen in recent years. He is simultaneously brilliant and unplayable, leading the NFL in passing yards and interceptions through the 2019 season.

There’s a good chance the Buccaneers roll the dice with one more year of Winston. But if they decide they can’t handle the stress anymore, Brady is a viable option as something of a stop-gap quarterback until they have developed another starter. 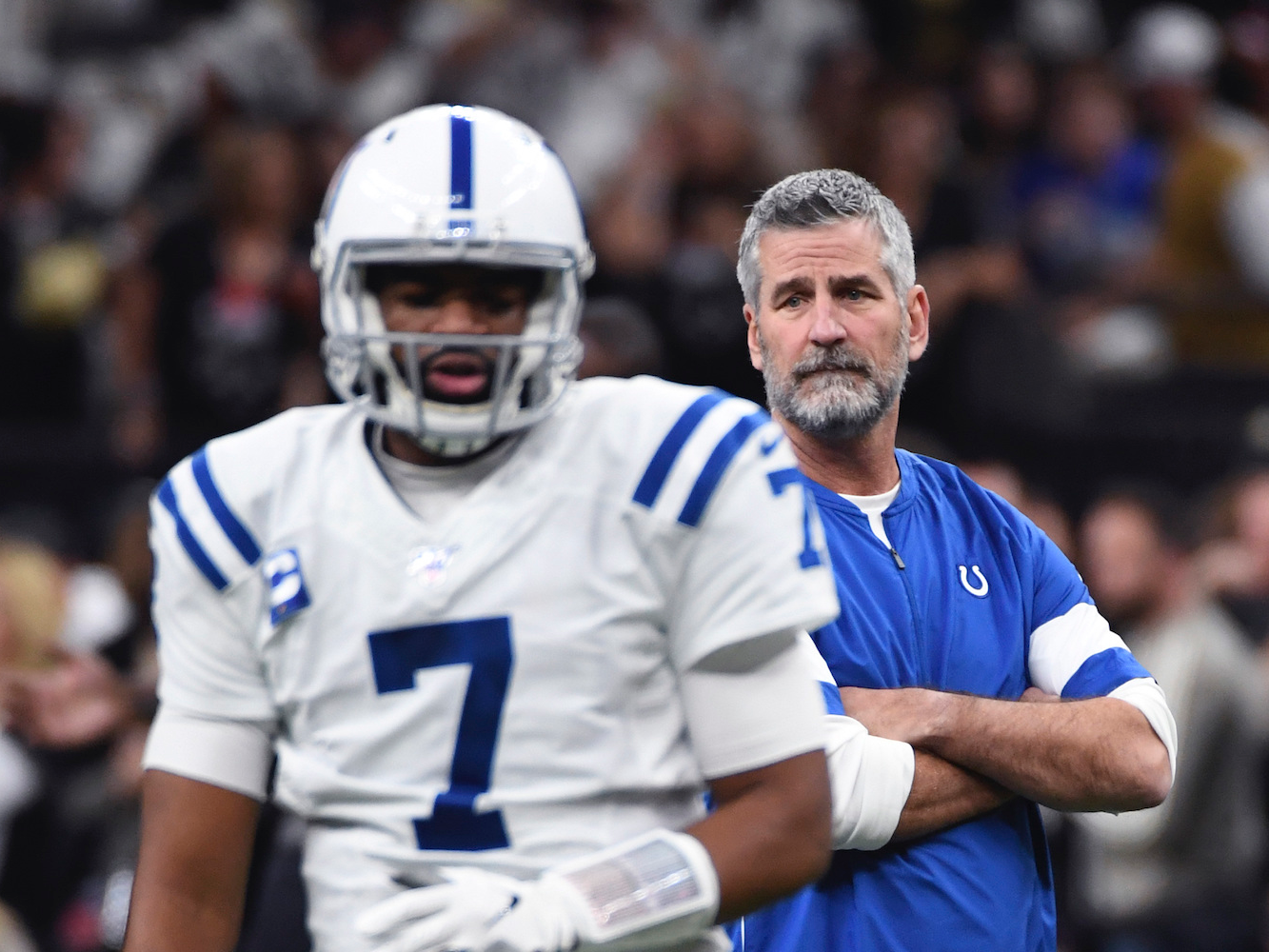 Why he could sign there: The Indianapolis Colts were shocked by the sudden retirement of franchise quarterback Andrew Luck just days before the start of the 2019 season. Promoted backup Jacoby Brissett played valiantly through the early weeks of the season, but it quickly became apparent that he wouldn’t be enough to get the Colts to the postseason.

There’s plenty of directions the Colts could take at this juncture – they could stick with Brissett, look to the draft, or attempt to make a splash in free agency to sign their next quarterback. Should Indianapolis elect to go with option No. 3, they’d certainly at least reach out to Brady with an offer. 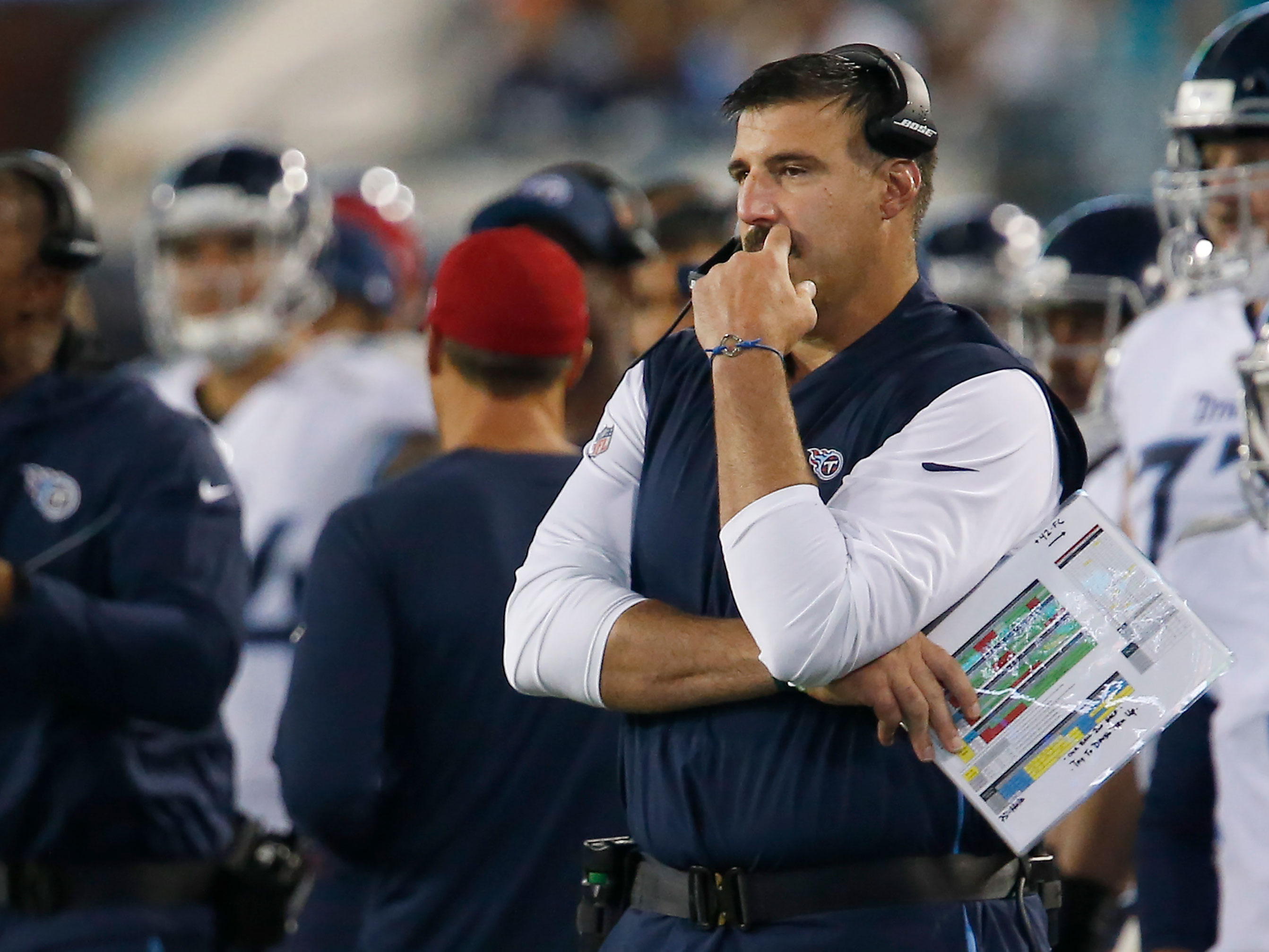 Why he could sign there: The Tennessee Titans found new life this year after a mid-season switch at quarterback, swapping out Marcus Mariota for former Dolphins quarterback Ryan Tannehill. Tannehill led the Titans to the AFC championship game, finishing the year with a 9-4 record as the starter.

Tannehill is set for a new contract this year, and with their success in the latter half of the season, it feels likely that the Titans will figure out a way to make it work. But should another team show interest in signing Tannehill, head coach Mike Vrabel could call his former Patriots teammate to see if Brady wants to try and win another Super Bowl together.

Given how much the Titans improved with one quarterback switch, they might not be too wary about making another. 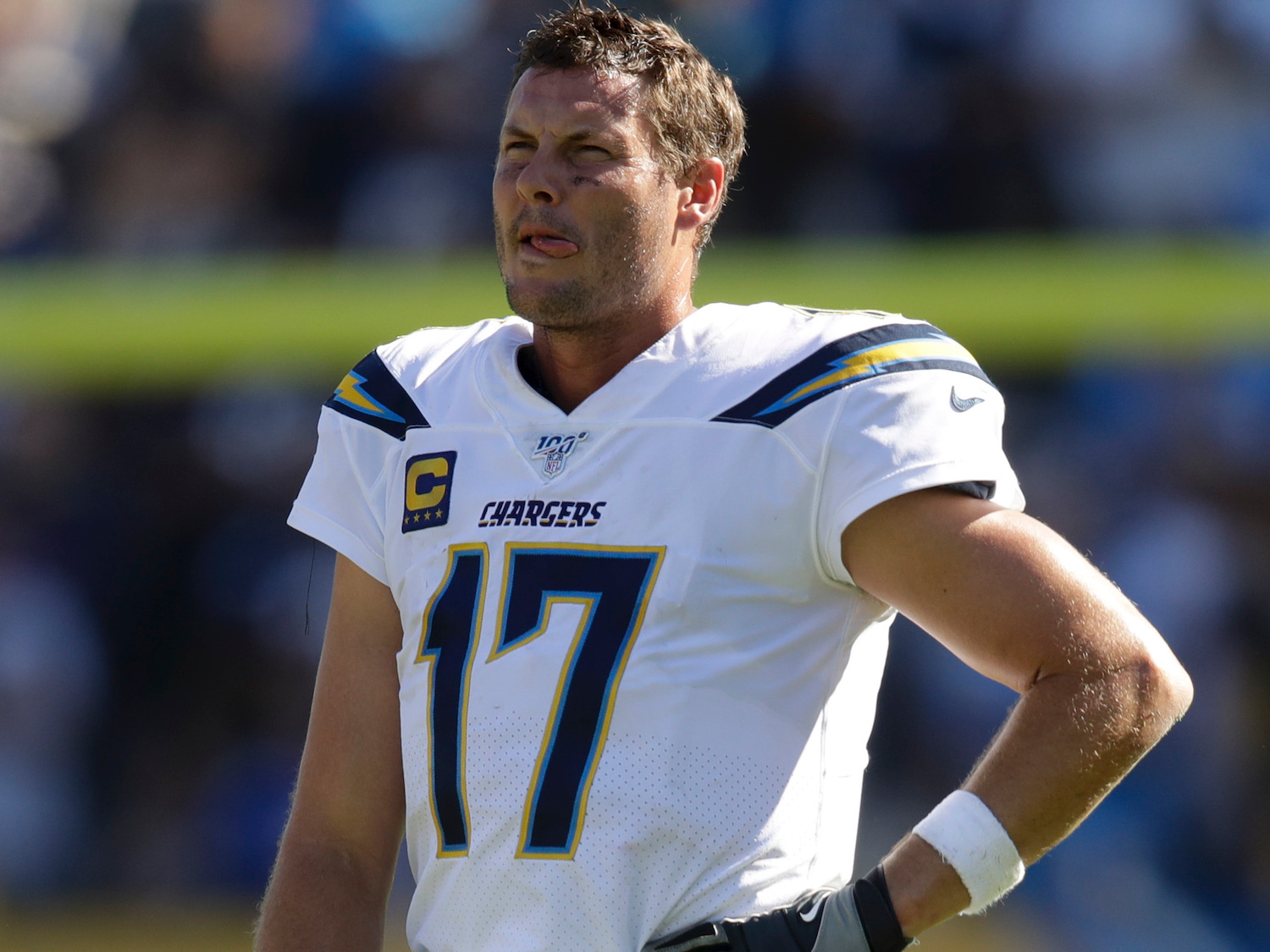 Why he could sign there: When it first became clear that Brady would become a free agent this offseason, the Los Angeles Chargers immediately sprung to mind as a potential destination.

The Chargers are likely ready to move past veteran starter Philip Rivers and are in desperate need of some star power. Since moving to Los Angeles, the Chargers have struggled to consistently fill their temporary home at Dignity Health Sports Park, which has a capacity of 27,000. This season, they will move into SoFi Stadium along with the Los Angeles Rams and will need to fill more than 70,000 seats.

Brady is from California, and would undoubtedly bring the star power that the Chargers desire to sell some tickets. Given their need to fill nearly three times as many seats as they did in 2019, the Chargers will undoubtedly be tempted to give Brady a monster offer should he decide to leave New England. Why he could sign there: Similarly to the Chargers, the Raiders are moving into a new home next season, taking the franchise from Oakland to Las Vegas for their 2020 campaign.

Las Vegas is a city of stars, and bringing in Brady would be a boon for the team that is looking for a way to compete in the same division as Patrick Mahomes and the Chiefs for the foreseeable future.

Jon Gruden has long been enamoured with the brilliance of Brady, and ESPN’s Adam Schefter has already reported that the Raiders are ready to make a move for the Patriots quarterback should he officially hit the market. Why he could sign there: Despite insistence from well-connected experts, the odds in Las Vegas still put the Patriots as the favourites to re-sign Brady.

It’s certainly possible that Brady is putting a fair bit of bluster into his first foray into free agency in order to drive up the price of his next deal with New England, but with how certain some reports seem to be of Brady’s imminent departure, I wouldn’t be surprised if these odds were soon on the move.