Where Michael Jordan, Scottie Pippen, and Dennis Rodman's interviews were filmed in 'The Last Dance' ESPNNone of the houses Michael Jordan is interviewed at are his in ‘The Last Dance.’

One consistent theme through the ESPN docuseries, “The Last Dance,” are the opulent settings of the interviews. Especially the ones done for Michael Jordan.

The posh locales are fitting for NBA legends like Jordan, Scottie Pippen, and Dennis Rodman, who you would think are living out their days in the lap of luxury. And though that’s probably true, we actually are not seeing that on full display in “The Last Dance.”

According to the director of the docuseries, Jason Hehir, many of these interviews were not done at their homes. In fact, Jordan’s was done at three different houses, none of which he owns.

Hehir had a certain visual aesthetic in mind when beginning to make “The Last Dance.” At the time production started, the acclaimed 2017 HBO docuseries “The Defiant Ones,” about the transformative careers of business partners Jimmy Iovine and Dr. Dre, was airing and Hehir loved the look of the interviews in it. 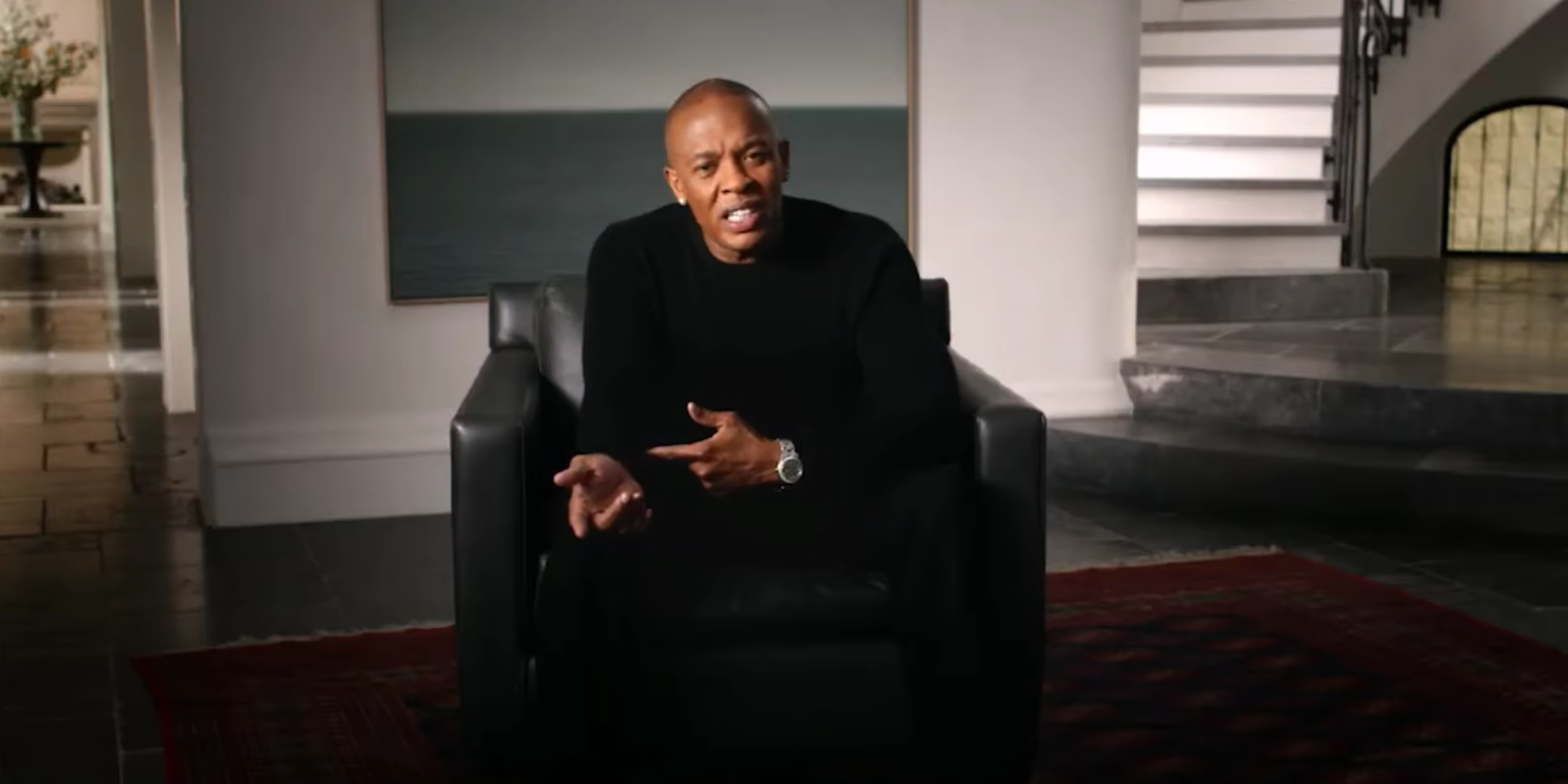 HBODr. Dre being interviewed in ‘The Defiant Ones.’

They had Iovine, Dre and the famous artists they have worked with over the decades in settings for their interviews that looked high-end and gave the viewer a feeling they were inside the elite world of music legends.

Hehir wanted the same for “The Last Dance.” But through shooting, the director realised keeping that aesthetic consistent for his key interviews would be tough.

Outside of Jordan, Hehir knew that if anyone else in the docuseries would get a lot of screen time it would be Scottie Pippen, Jordan’s partner through the Chicago Bulls’ multiple NBA championship runs. So he needed a setting that matched Jordan’s.

But the location decided for the Pippen interview turned out to have its challenges.

Pippen agreed to let Hehir and his crew interview him at his house, but Hehir was in for a surprise when he got there. ESPNScottie Pippen being interviewed by Jason Hehir for ‘The Last Dance.’

“We came in and my jaw dropped in the wrong way because there was no furniture in the home,” Hehir told Insider. “I think his family had just moved into the house a week or two prior to when we shot. They had all their stuff in boxes in the kitchen and the living room was this cavernous space.”

So that’s why there isn’t much in the background for the interview footage of Pippen.

“We go to that tight shot a lot,” Hehir admits of the Pippen interview.

Dennis Rodman was taped in an LA hotel suite

Aesthetically Hehir made out better with Dennis Rodman.

He shot the rebounding great in a hotel suite in West Hollywood. Though the director admits that had its challenges, too. 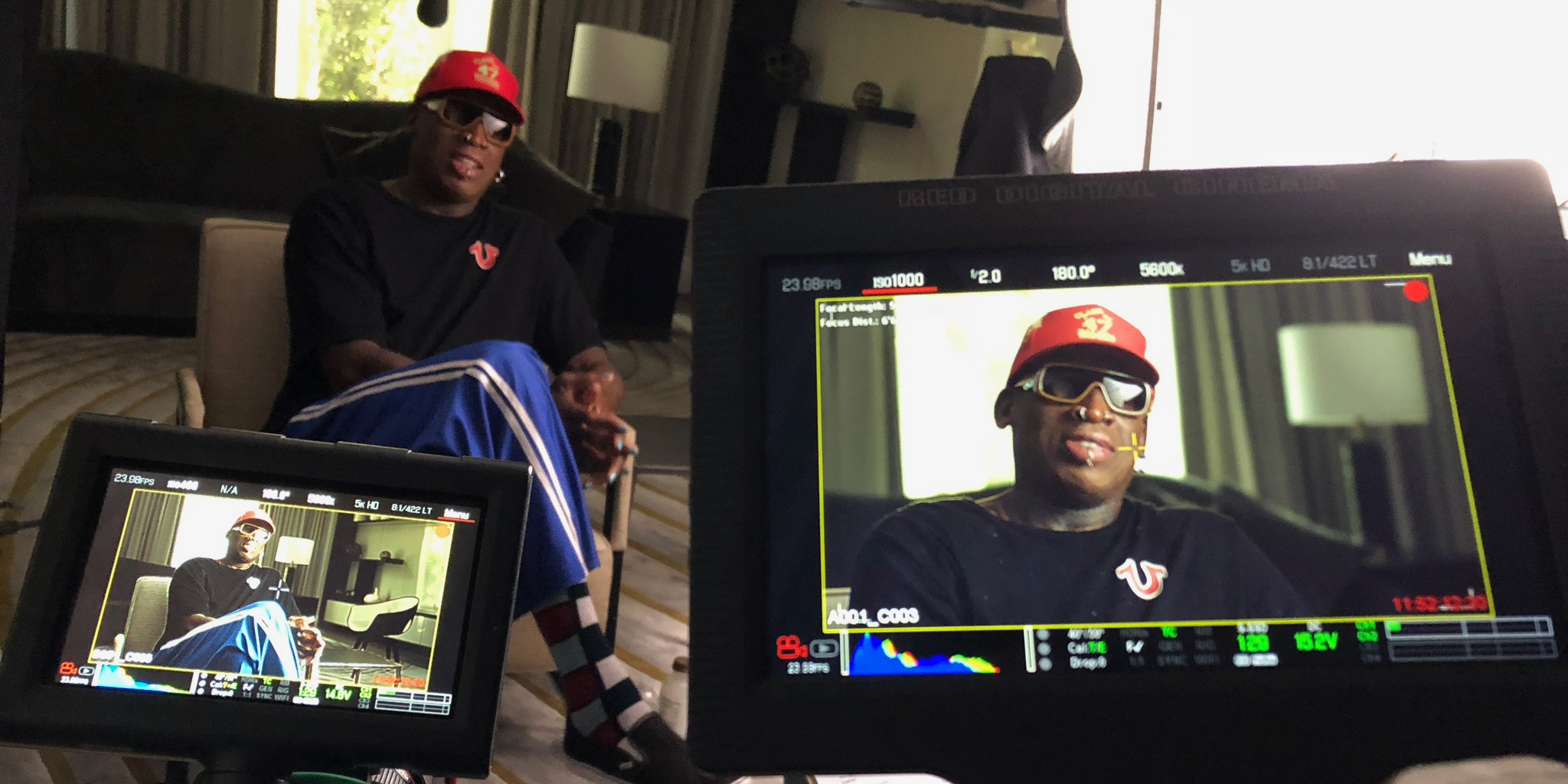 ESPNDennis Rodman being interviewed for ‘The Last Dance.’

“I thought for a while we were just going to have to flag him down on the side of the road and do the interview in the back of an SUV,” Hehir said of the hard-to-track-down Rodman. “Eventually we got him out of a car and into a seat so that was a real achievement unto itself.”

However, the crown jewel were the look of the Jordan interviews.

Michael Jordan refused to be interviewed in his own home

In keeping with the secluded lifestyle Jordan likes to live in since retiring, Heir said the legend would not allow “The Last Dance” interviews to take place at his home. ESPN(L-R) Michael Jordan being interviewed by Jason Hehir for ‘The Last Dance.’

“He said that his home is his sanctuary,” Hehir said. “I asked to get on his private plane to shoot him going to a Nike meeting and he didn’t want people on his plane. There are certain aspects of his life that he wants to keep private.”

So Hehir and his team went out and found three houses around Jordan’s home in Jupiter, Florida, to do the interviews. 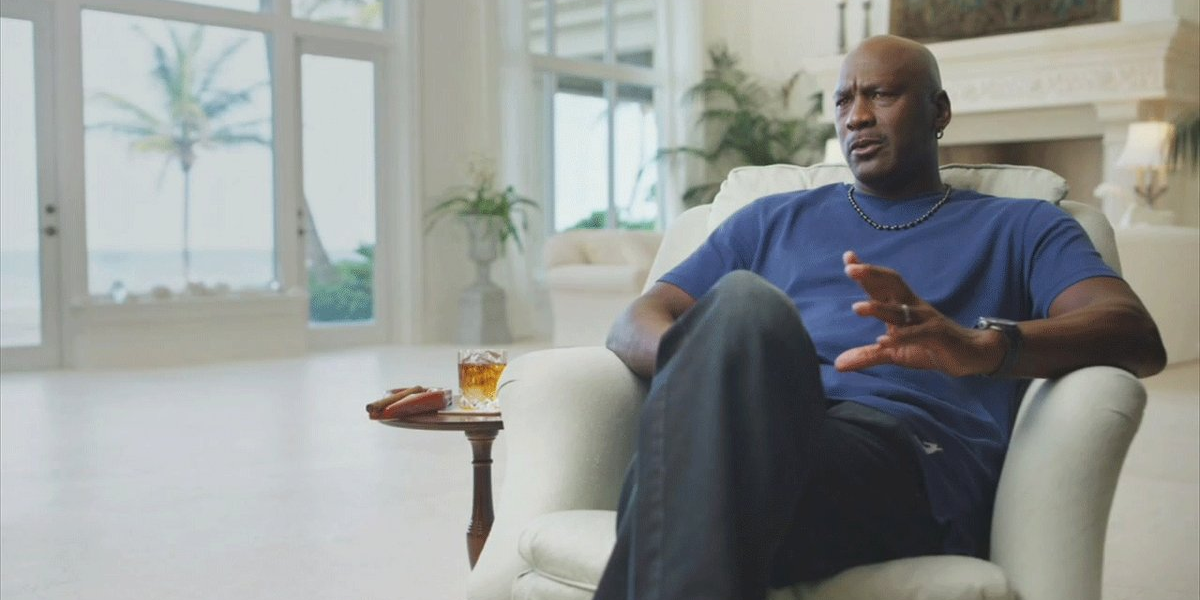 “I looked for places that seemed like Michael might live in,” Hehir said. “I knew what his real house looked like and I knew this is a wealthy guy who has certain tastes, so we wanted something to match that.”

The interview house that stands out is one that features an all-white living room with huge wall-to-ceiling windows that have palm trees and an ocean view in the background. Hehir said that was one that production rented. 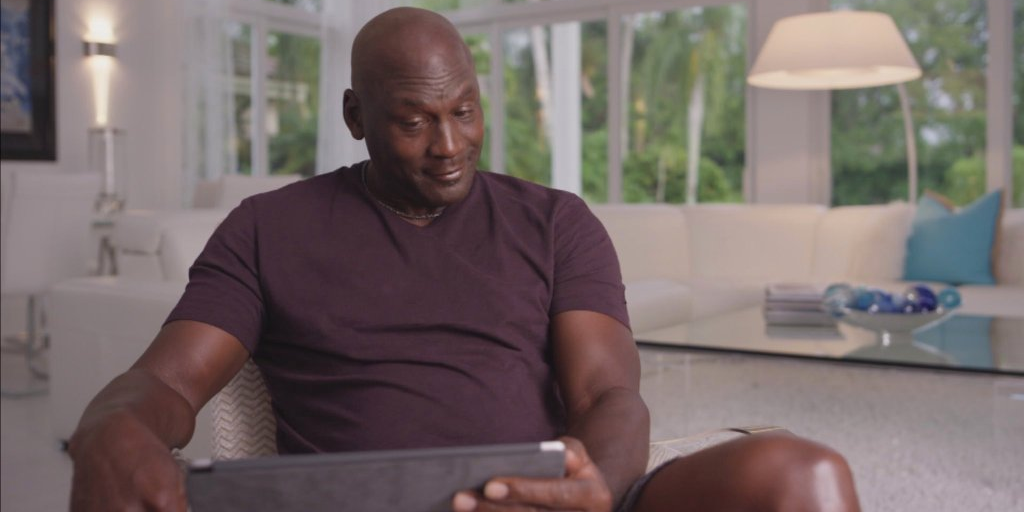 ESPNAnother house Jordan was interviewed in. 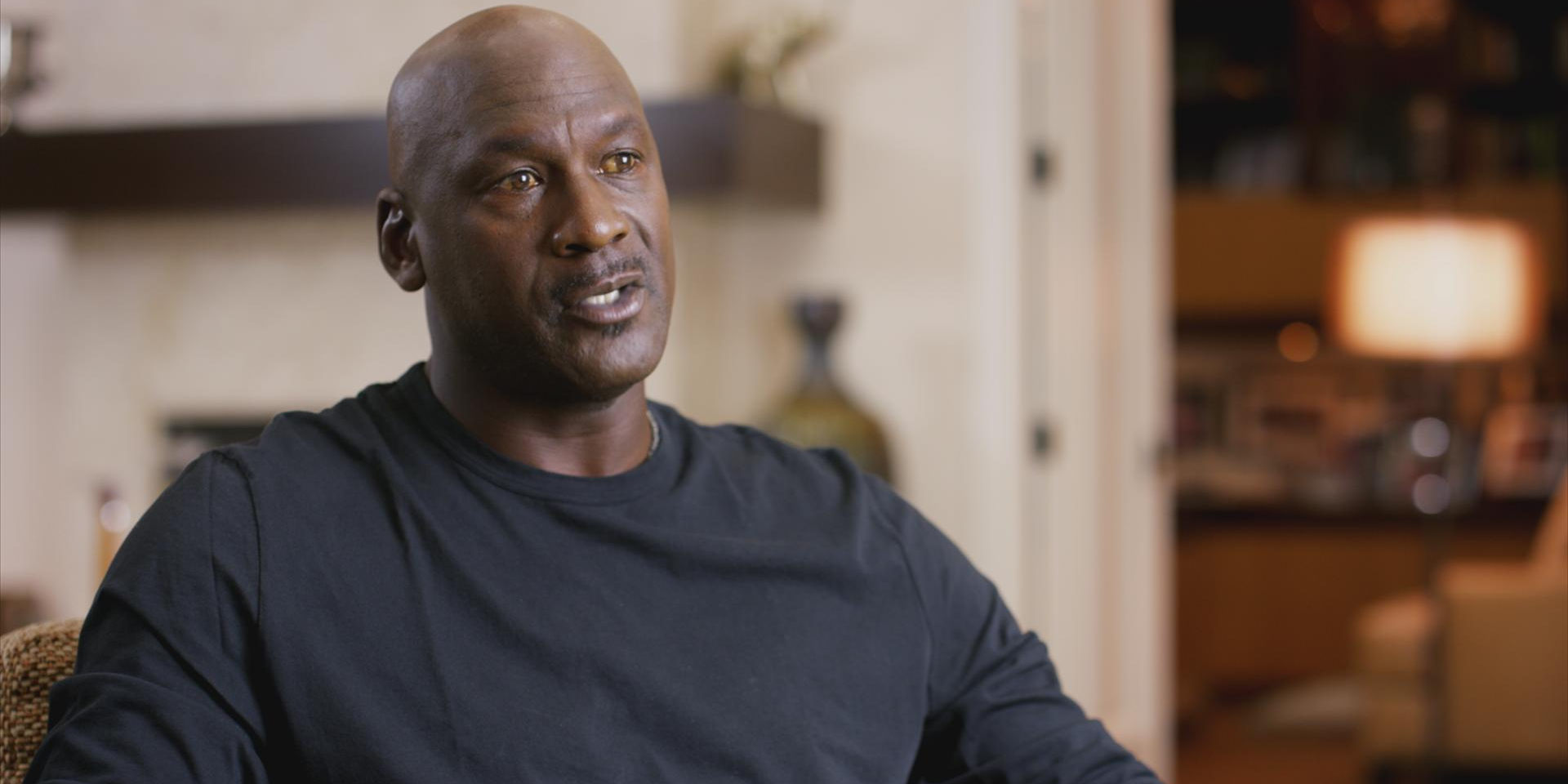 The other two houses they shot Jordan in were owned by friends of the production who allowed the interviews to be shot there.

“You’d be surprised how quickly people will open their doors when you say, ‘Can Michael Jordan come over and be interviewed at your house?'” Hehir said.

Read more about “The Last Dance:”