The Post Office says 300,000 New Yorkers have fled the city — for places like the Hamptons and even Honolulu 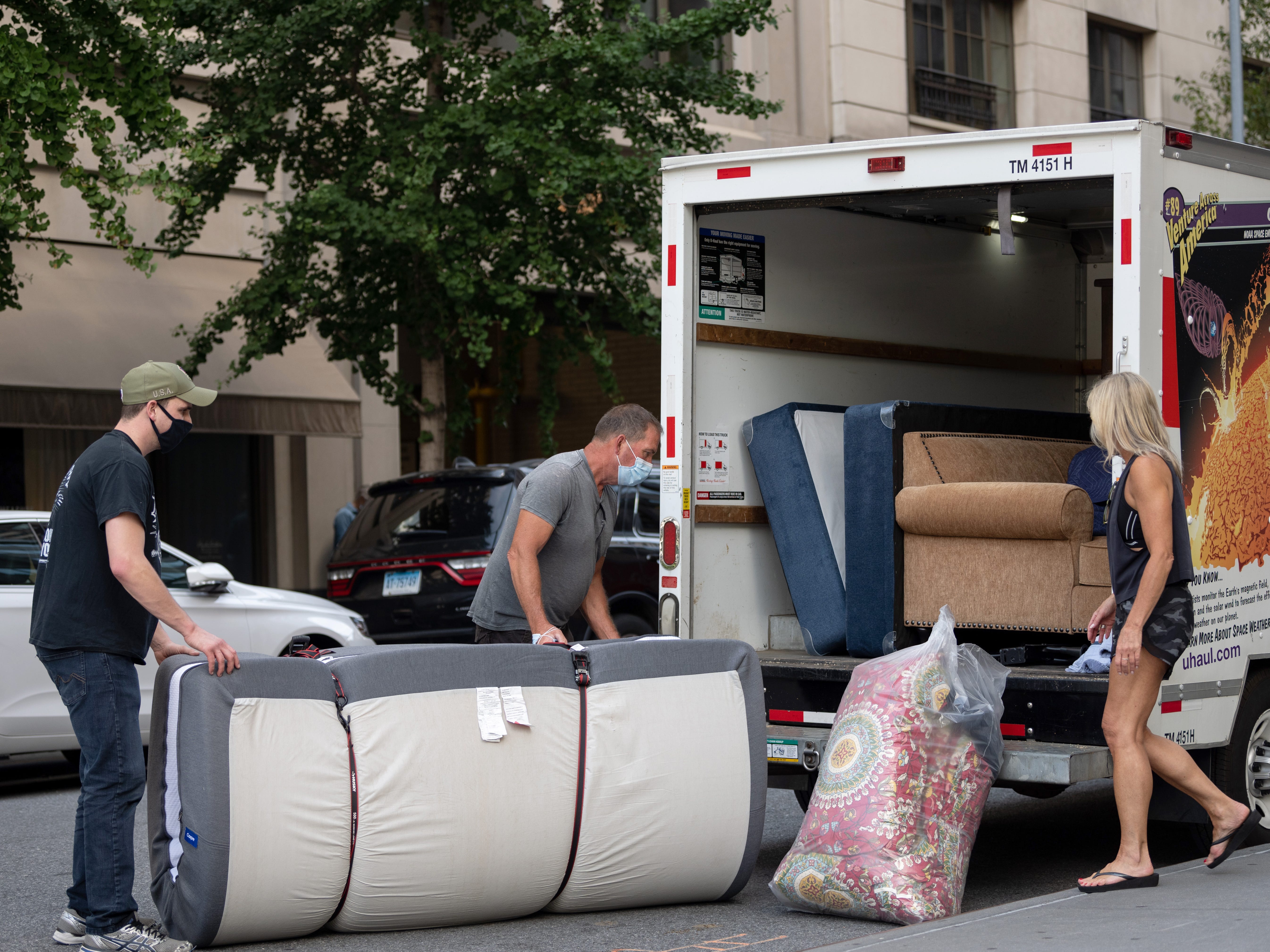 Alexi Rosenfeld/Getty ImatesMore than 300,000 people moved out of New York City during the coronavirus pandemic, according to mail-forwarding records from the US Postal Service.

The New York Post obtained data regarding mail-forwarding requests from the US Postal Service through a Freedom of Information Act request and found that hundreds of thousands of households fled New York City between March 1 and October 31.

The migration away from the city is mostly fuelled by the coronavirus pandemic.

The data offers a fascinating glimpse into where New Yorkers have fled in 2020, but it doesn’t differentiate between temporary mail-forwarding requests and permanent ones.

A mass exodus from the Big Apple

As the pandemic rages on, there’s no telling who will come back when.

In September, the CEOs of more than 160 companies demanded that New York City Mayor Bill de Blasio work to make returning sooner more enticing for former residents. The letter, signed by top brass at companies like Goldman Sachs and Macy’s, said there was “widespread anxiety over public safety, cleanliness and other quality of life issues that are contributing to deteriorating conditions in commercial districts and neighbourhoods across the five boroughs.” New York Gov. Andrew Cuomo toured the state over the summer, begging city residents to return.

Stakes are high: The mass exodus from New York â€” which has compressed a typical five-year migration trend into just a few months â€” stands to cost the city billions. 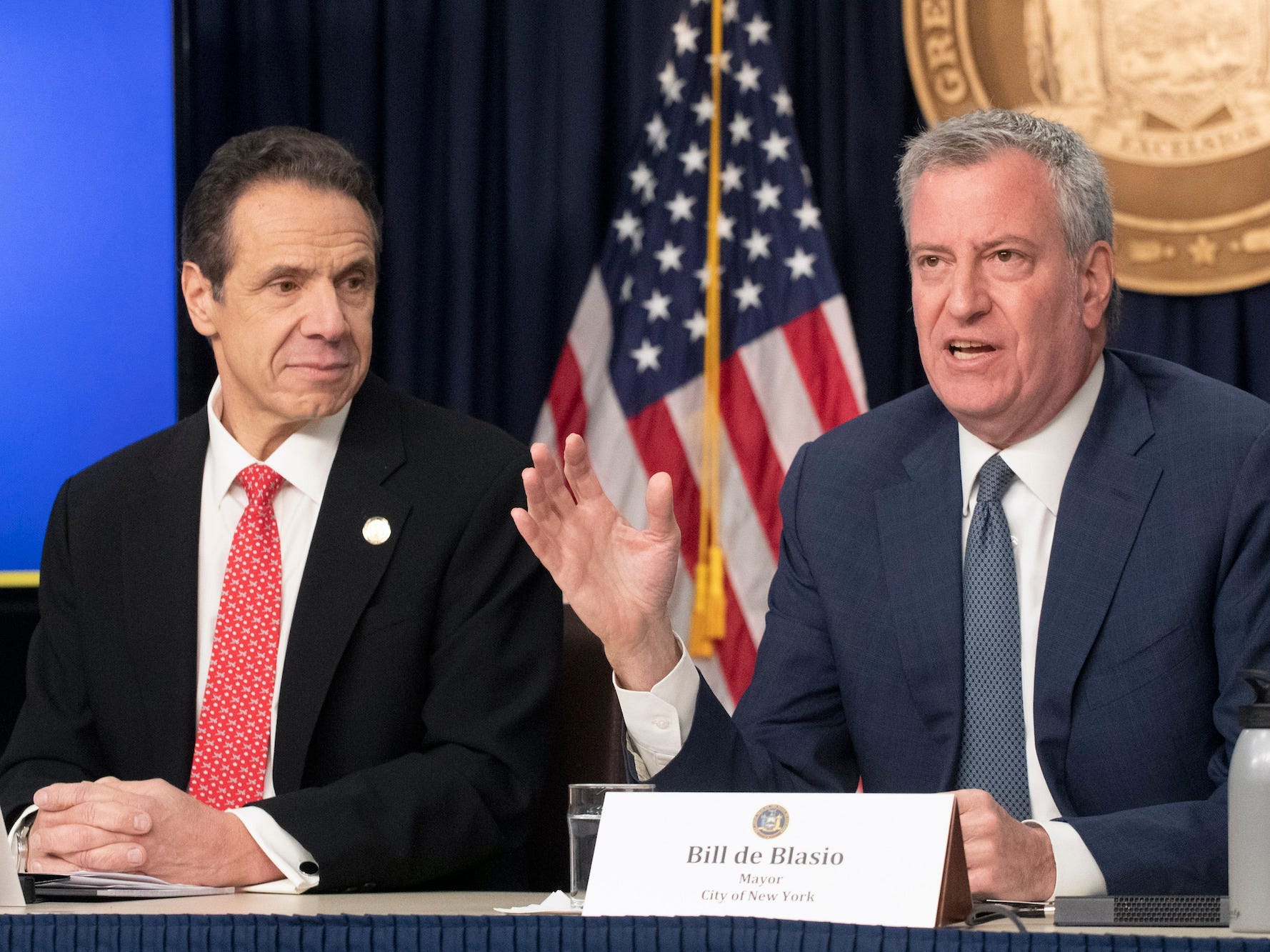 New York authorities expect to see $US59 billion in revenue shortfalls through 2022. The city’s richest residents, which account for just 1% of the population, had a combined $US133.3 billion income in 2018. Those one-percenters, though, paid out 42.5% of the city’s total income tax. Just 38,700 New Yorkers accounted for a whopping $US4.9 billion in tax revenue that year.

It’s those very city-dwellers who have fled and taken their tax dollars with them. Mail-forwarding requests were concentrated in wealthier neighbourhoods â€” with three ZIP codes on the Upper West Side topping the list of spots seeing outbound migration. Other Manhattan neighbourhoods drained of the most inhabitants include Murray Hill, Chelsea, Greenwich Village, and the Upper East Side.

So where did the richest New Yorkers go?

Many New Yorkers decided to stay close to home. Over 65,000 households simply decamped to nearby suburban spots in Long Island and Westchester (both in New York State) and New Jersey. The ritzy areas of Scarsdale, in Westchester, and Greenwich, Connecticut, also saw an influx of new residents.

While a record number of New York City apartments sit vacant, the tristate suburbs have become a land of bidding wars as housing inventory across the country plummets.

Thousands of fleers opted to decamp to the Hamptons, a summer haven for New Yorkers. There were 6,500 mail-forwarding requests to the East End, many to the quaint, popular towns of Southampton and East Hampton. This year, tensions between natives and pandemic escapees ran high. Locals in the Long Island enclave wielded pitchforks to stage a protest against city billionaires riding out coronavirus there.

Already notably posh, the Hamptons only got bougier amid the pandemic. Certain high-end retailers like Jimmy Choo and Giorgio Armani opened up East Hampton pop up locations while an elite Manhattan prep school opened a brand-new Hamptons outpost, complete with remote classes and $US48,000-a-year tuition. 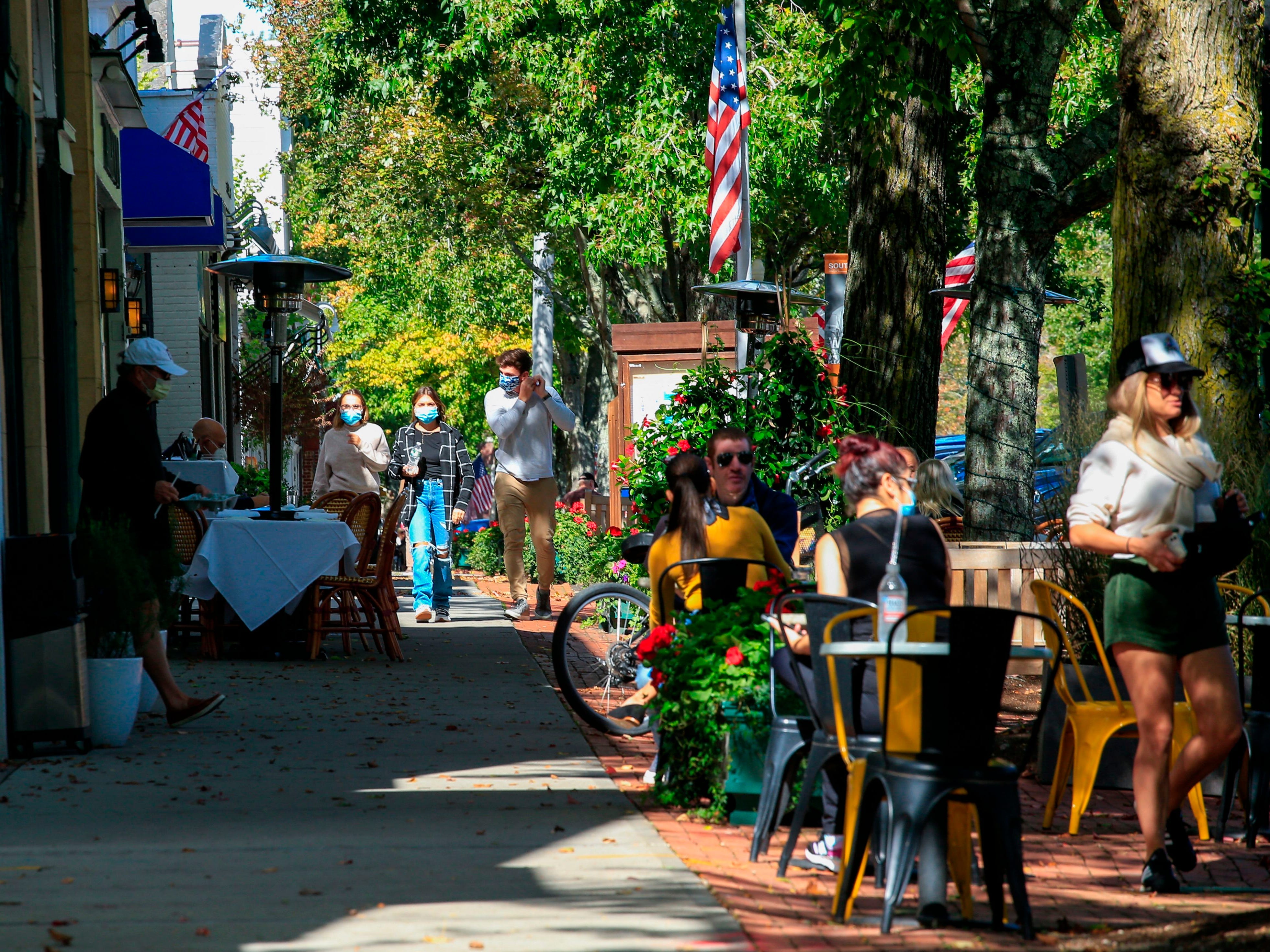 Kena Betancur/AFP via Getty ImagesSouthampton, a charming town in the Hamptons, is one of the top places New York City residents chose for their coronavirus escape.

Those hoping to relocate to the Hamptons are finding the same sky-high home prices that plague the tristate-area suburbs. As Business Insider’s Dominic-Madori Davis previously reported, the rental market in the Hamptons is pricing out even the “middle-class rich people.”

While many remained within commuting distance to the city, others are seemingly participating in an extended vacation. According to the Post, over 13,000 city-dwellers fled to South Florida and nearly 9,000 fled to Los Angeles. More than 400 people escaped to Honolulu in Hawaii.

A number of second-home hotspots are seeing gains. Their property markets are red-hot, buoyed by city dwellers nationwide who can work remotely and are eager to secure real-estate footholds for, social distancing and potential future lockdowns.

Take Aspen, Colorado. The top Compass agent there told Business Insider that the brokerage had $US1.084 billion in property under contract in August â€” at the same time last year, that figure looked more like $US111 million. In nearby Telluride, another real-estate agent told Business Insider that the average home price has “gone up dramatically” due to demand amid the pandemic. “We have well under six months’ inventory, which is a big deal for a resort town,” he said, considering the “hyperseasonality” of the area.

Other far-flung locales that are not necessarily resort towns have also seen waves of newcomers amid the pandemic, including booming southern areas like the “research triangle” of Raleigh, Durham, and Chapel Hill in North Carolina and the spirited Dallas suburb of Frisco, Texas.

And as coronavirus cases continue to rise across the US, the urban exodus seems primed to continue.