Where every '13 Reasons Why' character ended up after season 3 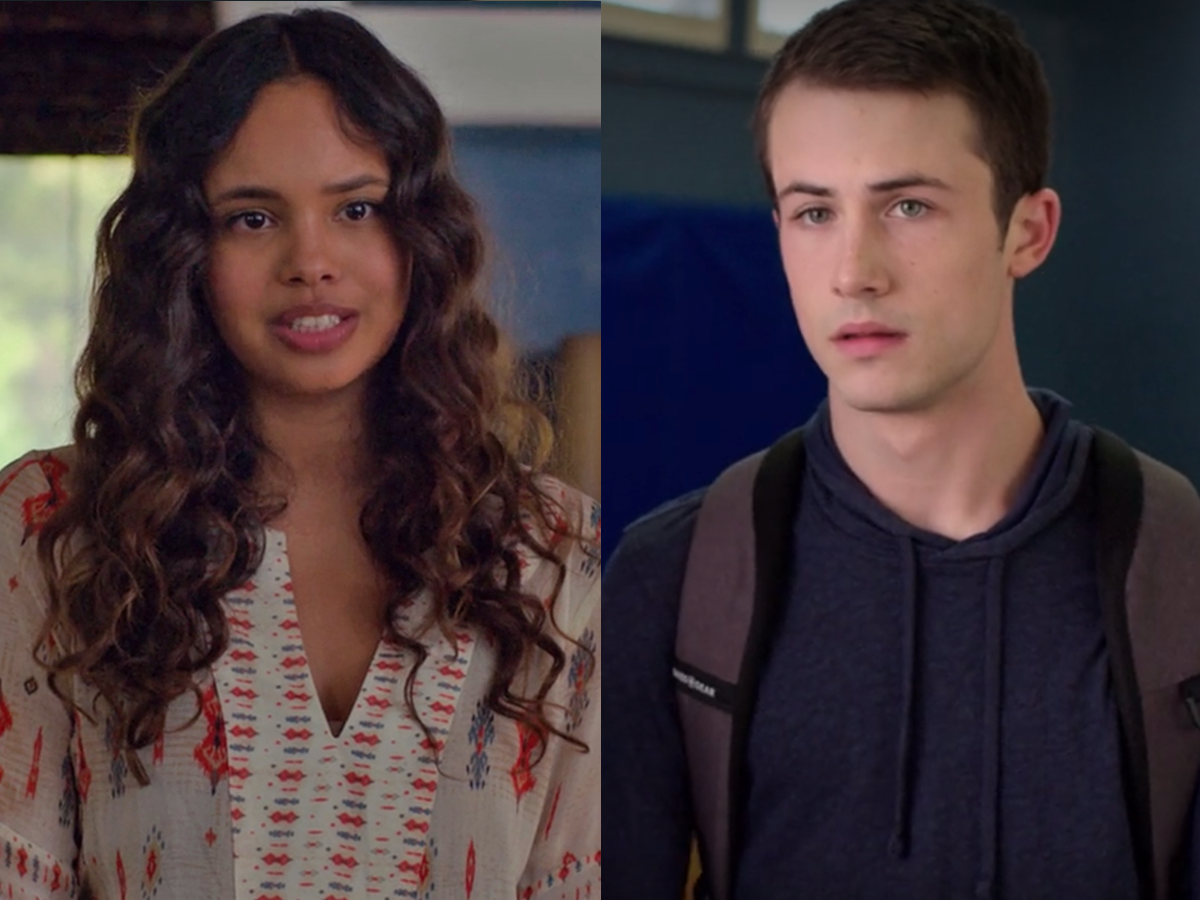 NetflixNot everyone made it out of season three of ’13 Reasons Why’ alive.

The fourth and final season of Netflix’s original drama “13 Reasons Why” airs on Friday.

Before watching, you may want a refresher on all of the loose ends and unanswered questions from the second-to-last season.

Here’s where the main characters from “13 Reasons Why” ended up by the season three finale.

By the end of season three, Clay Jensen is free from prison and in a new relationship. 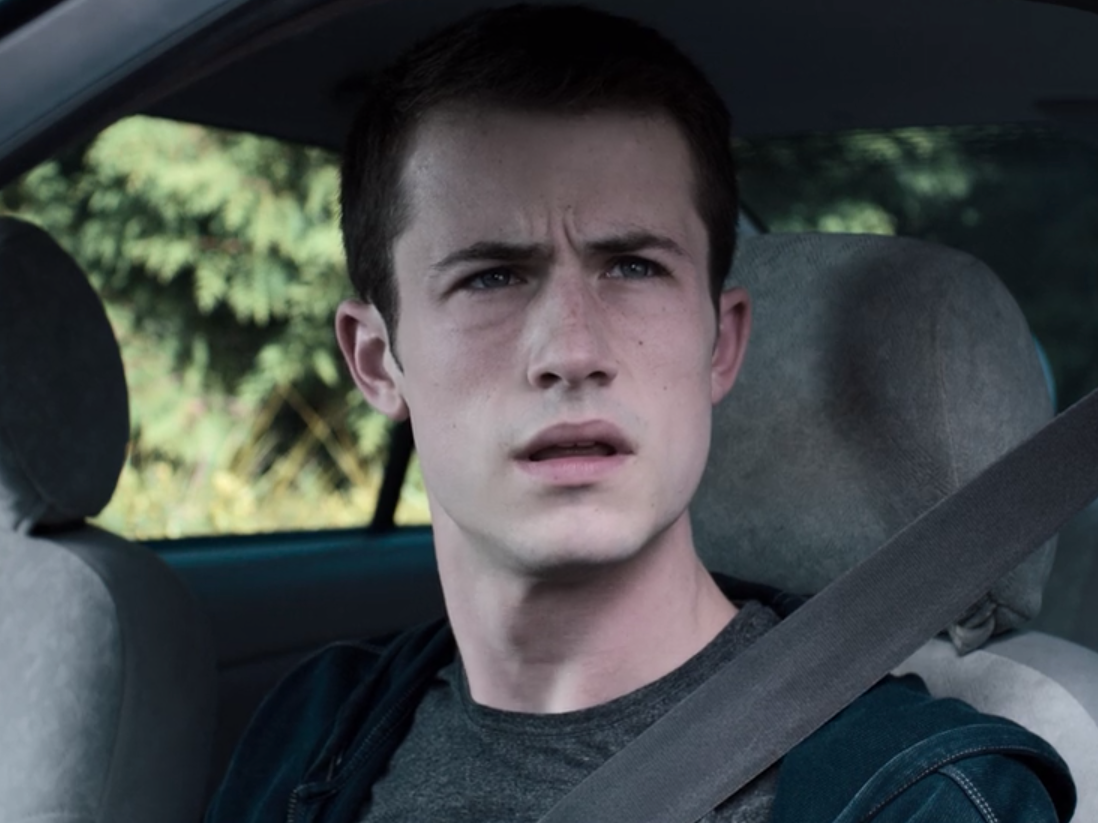 After being accused for the murder of Bryce Walker, being taken away by police more than once, falling in love yet again with a girl who put him second, and attempting to flee the city, Clay finally put together a plan with the rest of the gang so he would not get locked up for a murder he didn’t actually commit.

By the end of the season, Clay is no longer a suspect for Bryce Walker’s murder. He’s also somewhat made amends with Bryce’s mother and is dating newcomer Ani Achola.

Tony Padilla is living with his boyfriend, Caleb, and trying to get his family back to the US. 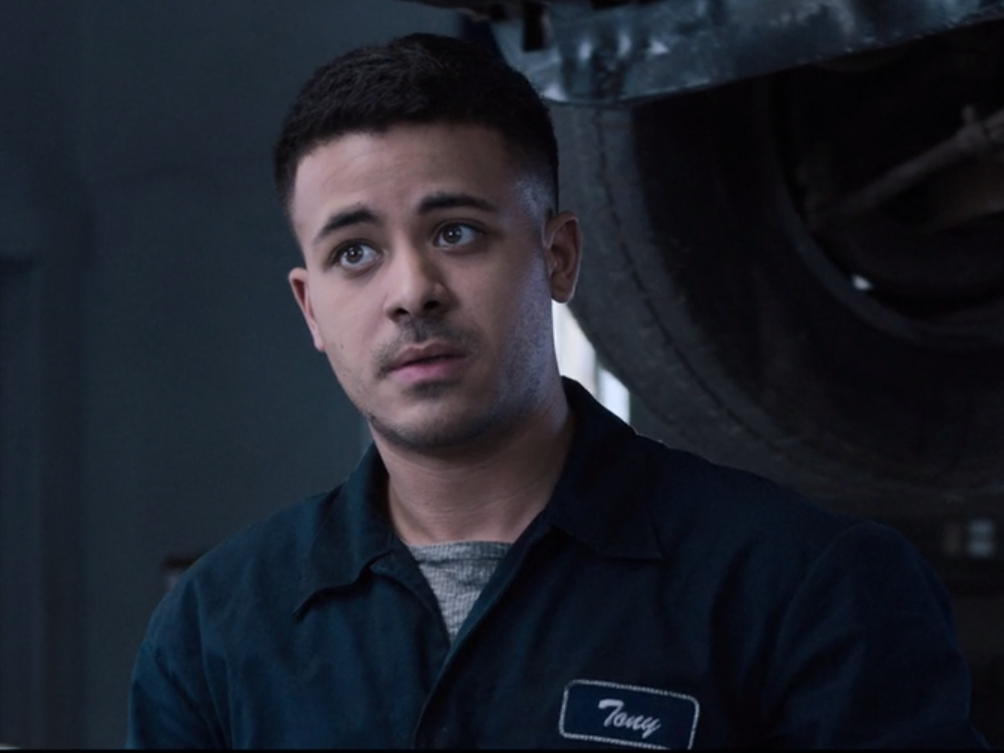 NetflixTony Padilla got his car back, too.

During the third season of “13 Reasons Why,” Tony is faced with the realisation that his family has been abruptly deported from the US.

It is revealed that when he testified in the Hannah Baker case, Bryce Walker’s family dug into his past and discovered that his family was not legally in the US. As payback, Bryce’s father called ICE to get them deported.

By season’s end, Tony is living with his partner Caleb and still working to bring his family back to the US. He is last seen talking to them via video call as he and Caleb prepare to take food over to the Jensen family’s home for Thanksgiving.

Jessica Davis ends the season as an outspoken class president and a murder witness. 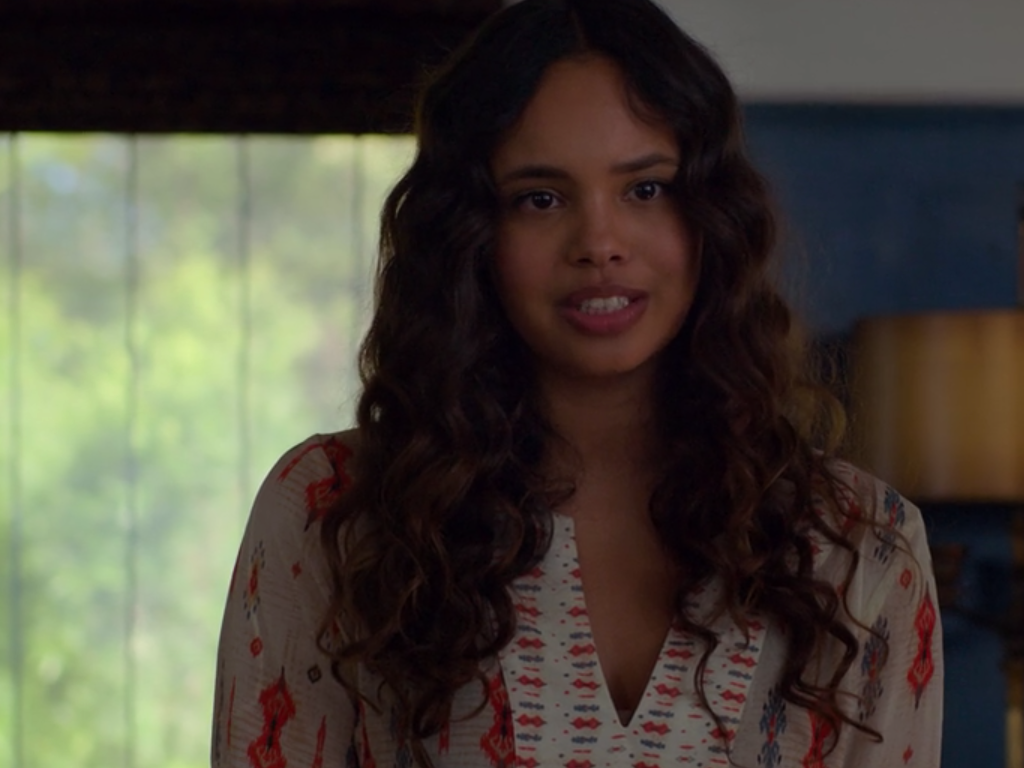 Jessica starts season three with a voice and newfound strength.

She’s elected class president and begins leading a group for survivors of sexual assault and allies. She even gets back with Justin Foley for a period of time.

But, we later learn she is also a witness to Bryce’s murder and even though she didn’t directly cause his death, she actively chose to not help save him or call for help.

Justin Foley finally decides to seek out help for his drug addiction. 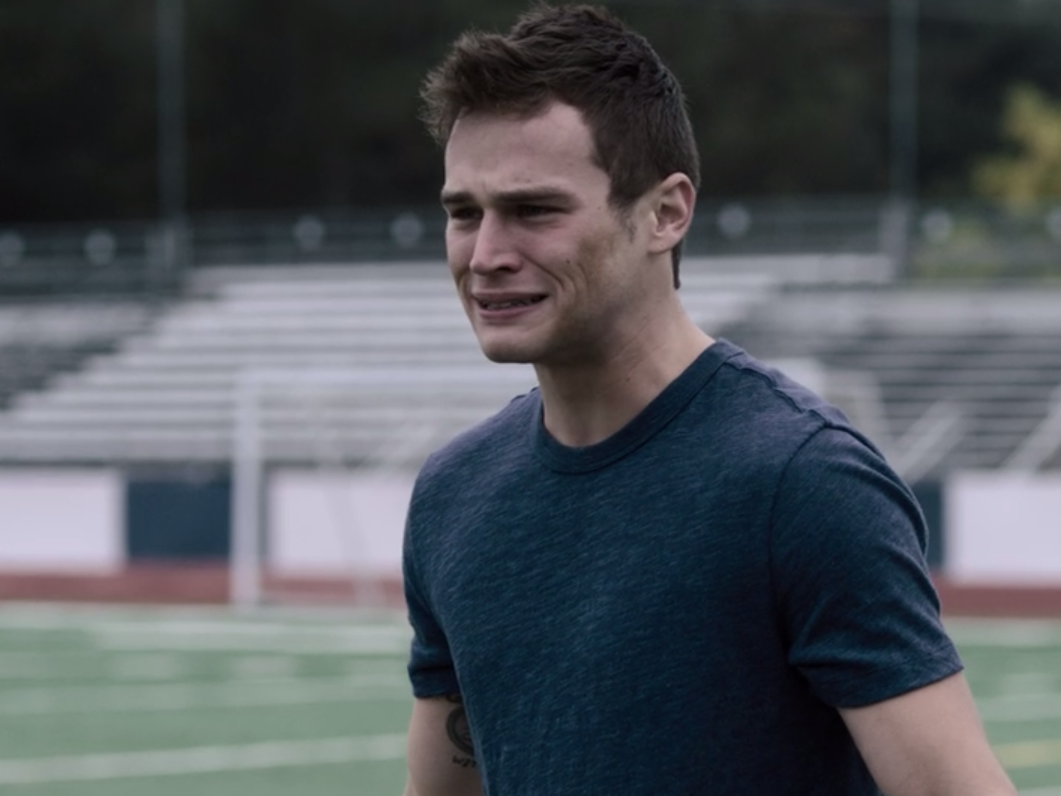 NetflixFoley hid his drug use from his friends for most of the season.

Season two may have wrapped up with Justin Foley on his way to living a drug-free life, but this season revealed that his journey hasn’t been easy.

Justin, who is in the process of getting adopted by the Jensens, found himself caught up with his mum’s former drug-dealing boyfriend, Seth.

Although he and former girlfriend Jessica were barely on speaking terms throughout the second season, it ended with the two of them hooking up at the Spring Fling. And although that may have seemed like a one-off encounter, their relationship carried on into season three and the two ended up getting back together after sneaking around for a bit – which proved to be a positive in his life just as getting back on the football team was.

By the end of the season, Justin had broken up with Jessica by telling her he cheated on her, even though he was really attempting to hide his drug usage. Even though the two got back together after Clay explained the real reasoning to Jessica, the status of the two’s relationship is a bit foggy by the end of season three.

What we do know, though, is that Justin finally reveals (at the Thanksgiving table with The Jensens, Tony, and Caleb) that he needs with his sobriety.

Chlöe Rice finds the strength she needs to let go. 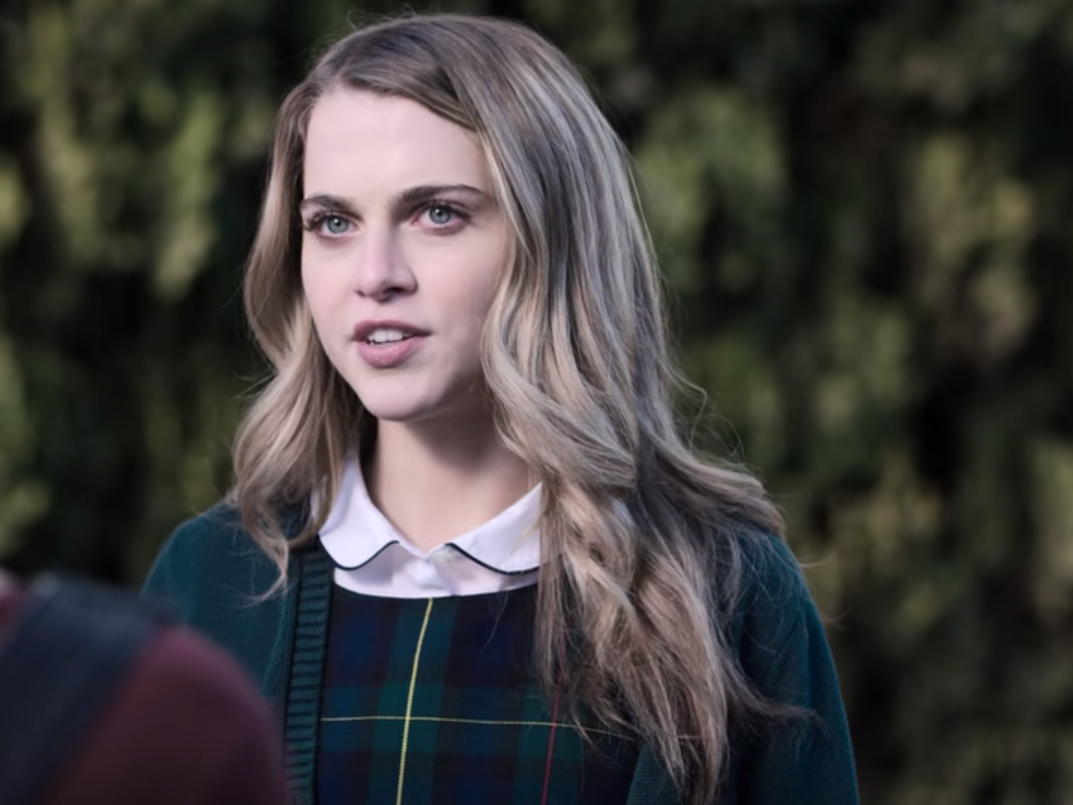 After she defended Bryce during season two, Chlöe realises she is pregnant with his child and she decides she doesn’t want to be with Bryce after all.

Early on in the season, Chlöe secretly gets an abortion and then breaks up with Bryce. The former Liberty High cheerleader also formed a close bond with Zach Dempsey and finally told Bryce that she was once pregnant with his child.

During the third season, Zach Dempsey revealed the part he played in Bryce Walker’s disappearance. 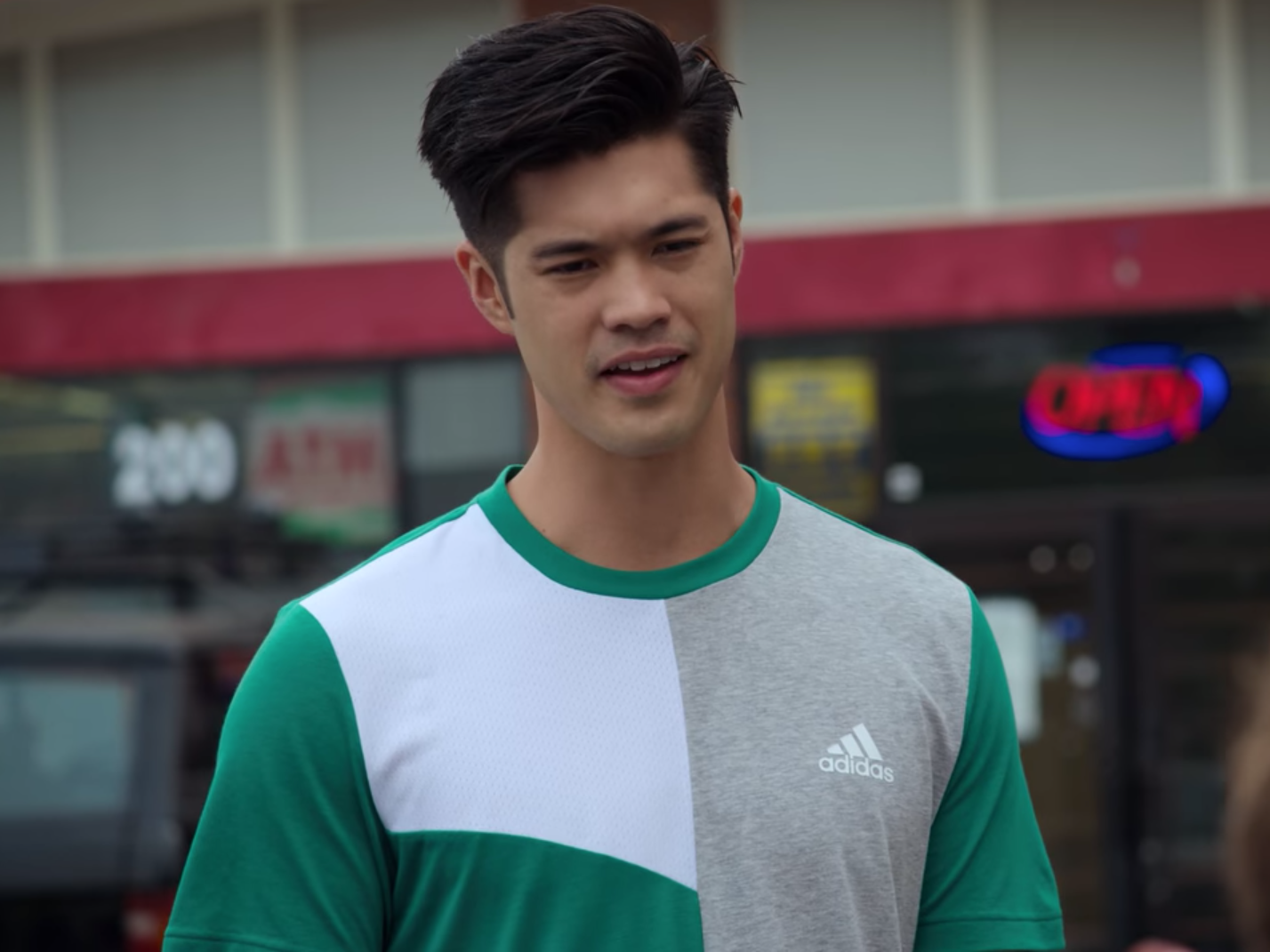 NetflixZach ends the season with a severely injured knee.

When the season began, Zach Dempsey was living his best life. He was the captain of Liberty High’s football team, had gotten Justin Foley to join the team again, and he had found a close bond with Bryce Walker’s ex-girlfriend Chlöe Rice.

At the end of season three, however, Zach’s leg is severely injured by Bryce during the homecoming football game and his career as a player is over.

After the game, Zach attacks Bryce at the pier, breaking his arm and his leg. He leaves Bryce there to bleed out. Because of this, he believes he’s the one who killed Bryce and he turns himself in to the police after Clay is arrested for Bryce’s murder.

After Zach confesses, the police inform him that Bryce’s cause of death was drowning. They also imply that the injuries on Bryce’s body could have been attributed to a football game – so they more or less let Zach off the hook.

Alex Standall’s frustration with his past starts to show in his present. 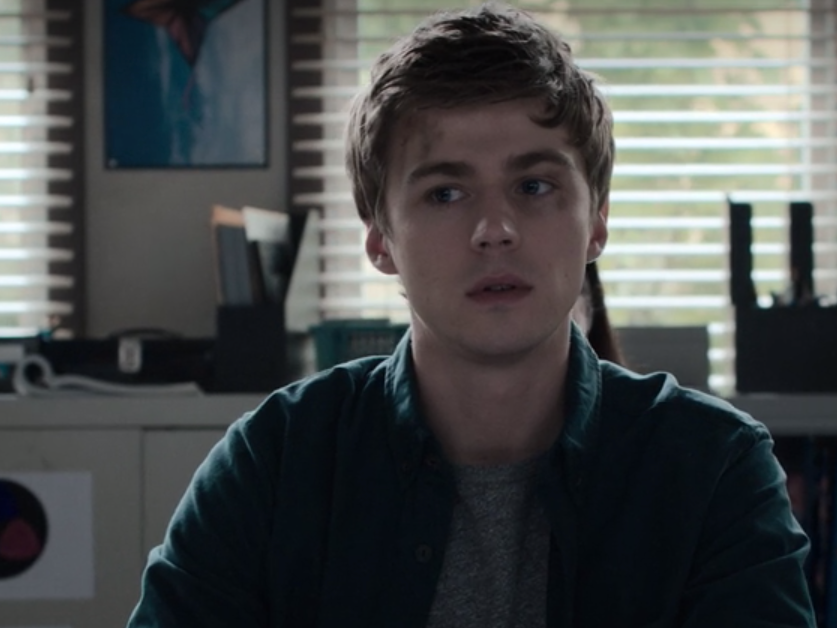 NetflixAlex pushed Bryce into the water.

It’s been a rough few seasons for Alex Standall and this season was proof that when aggression builds up, it’s bound to burst. Even though he started off the season at odds with Jessica, it is later revealed that the two share a bond deeper than anyone can imagine.

Jessica and Alex find Bryce at the pier, beaten up and begging for help. Jessica chooses not to help Bryce but does take the apology tape he made for her.

Alex goes to help Bryce get up but then instead decides to push him into the freezing water instead. He and Jessica watch him drown.

Even though Alex’s father, the deputy in town, seems to figure out that his son killed Bryce, the crew of Liberty High students spends the entire season executing a plan to pin the murder on Monty.

At the end of the season, Alex’s dad reveals to him that Monty is said to be Byrce’s killer and he burns the clothes that Alex wore the night of Bryce’s murder.

Bryce Walker’s road to redemption ends with his death. 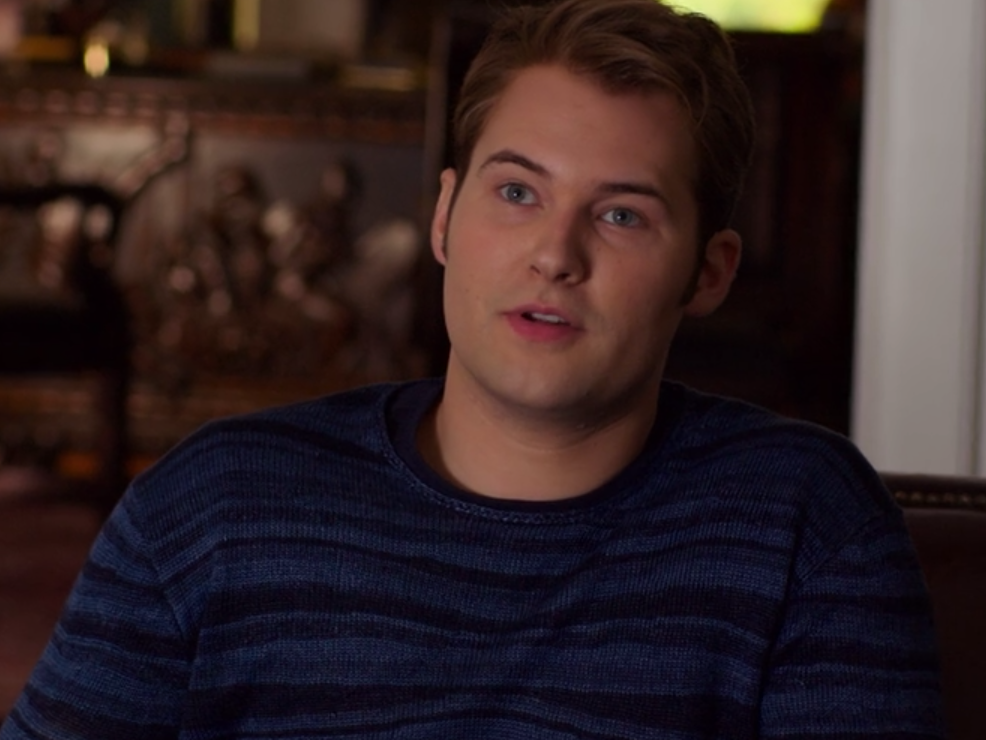 NetflixHis final moments were with Jessica and Alex.

After seeing the trailer for season three, it’s no secret that Bryce Walker would end up dead by the finale.

Before his death, Bryce was working to rebuild the bond with his mother, attempting to repent for all the terrible things he’s done to Liberty High kids (including confronting Monty about what he did to Tyler in season two and listening to Hannah Baker’s tapes), and trying to apologise to Hannah Baker’s mother for his actions.

That said, viewers still saw his overly aggressive side come through this season when he tried to force Ani to come back to him after she broke things off and when he purposely injured Zach’s leg during the homecoming game.

Bryce’s story ends when he is beaten by Zach on the pier and then later pushed to his death by Alex as Jessica looks on.

Tyler Down’s road to recovery is filled with constant reminders of his assault, but he finally gets some justice. 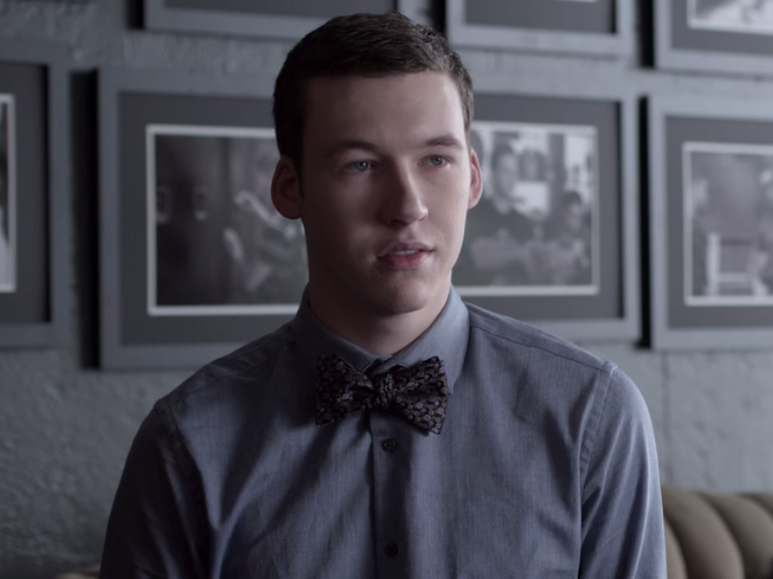 NetflixTyler still has a passion for photography.

Even though his trauma and sexual assault weren’t discovered by the rest of the teens until well into the season, Tyler found the support that he needed to keep going by relying on his friends.

Tyler told the police about his assault, which led to the arrest of Monty de la Cruz. Tyler ended the season on a high note while displaying his photo exhibit of friends at Monet’s during Thanksgiving break.

Montgomery “Monty” de la Cruz ends the season as a criminal who has been killed. 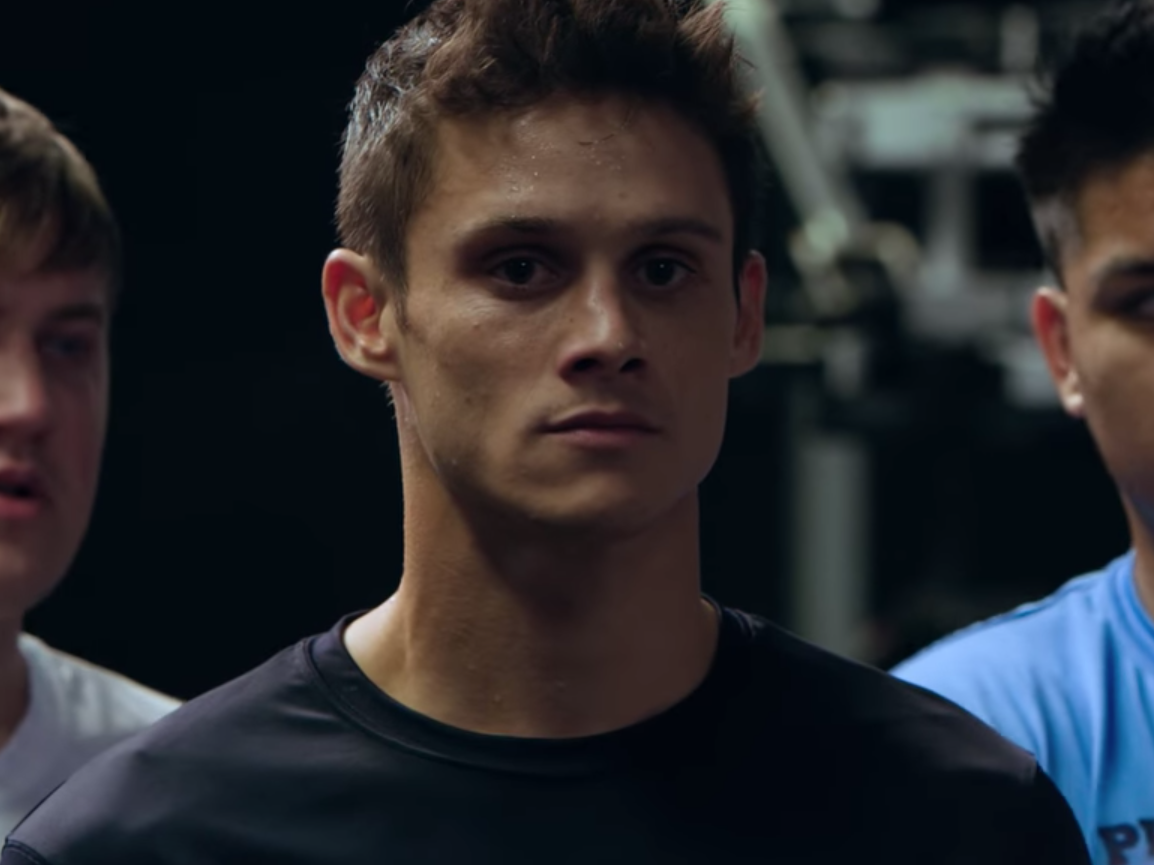 NetflixMonty is killed by the end of the season.

During season three, Montgomery “Monty” de la Cruz finally pays the price for the terrible things he and his friends did to Tyler during season two.

During the season, Monty attends a party with Bryce and, while there, has a sexual encounter with a Hillcrest student named Winston Williams. On his way out of the party, Winston bids him goodbye and Monty, seemingly afraid of being outed, panics and beats Winston to a bloody mess in front of everyone.

Monty is not held accountable for this (Bryce ends up paying Winston to keep quiet), but he is arrested after Tyler tells the police that he had been sexually assaulted by him.

After Monty is arrested and disowned by his abusive father for being gay, the Liberty High sleuths continue executing their plan to frame Monty for Bryce’s death.

On the season finale, it’s revealed that Monty was found dead in his jail cell.

Amorowat Anysia “Ani” Achola ends the season as a liar who missed a few loose ends. 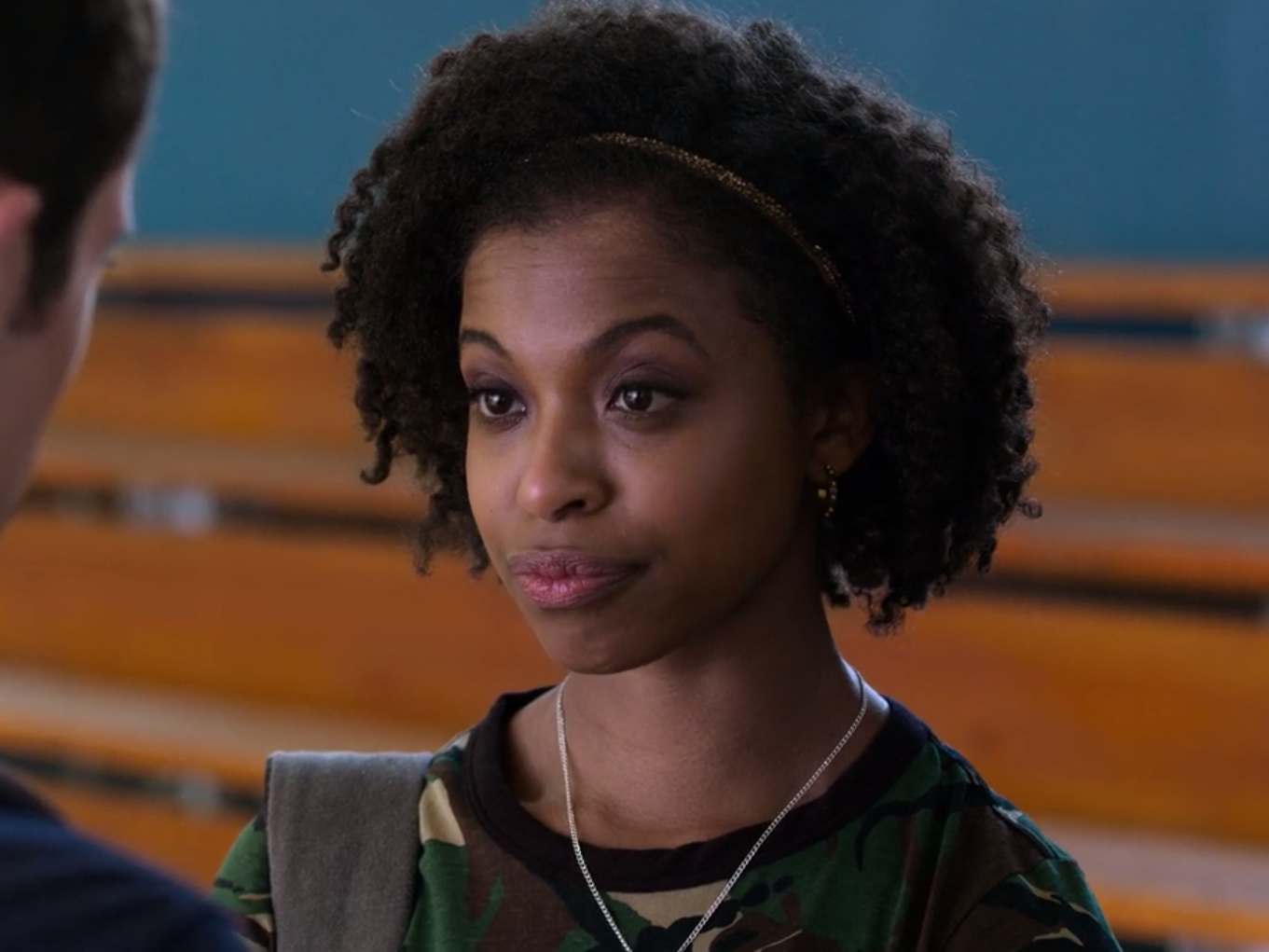 NetflixAni ends the season by lying to police.

Although the first two seasons of the show centered around Hannah Baker, this current season saw a new narrator take centre stage.

Amorowat Anysia Achola, who goes by “Ani” for short, made her debut during season three.

Throughout the 13 episodes, she befriended the crew, had a sexual affair with Bryce Walker, and began uncovering the secrets of the Liberty High students.

As the season went on, it was quickly revealed how sneaky Ani really was when she gave her false testimony to the officers about Monty being Bryce’s killer.

But Ani ends the season aware of some new loose ends. On the final episode, Winston confronts her and says he knows Monty did not kill Bryce – after all, Winston and Monty were together when Bryce was killed.

Ani leaves the season finale knowing that the murder she and her friends tried so hard to cover up in the fall might unravel when spring comes around. 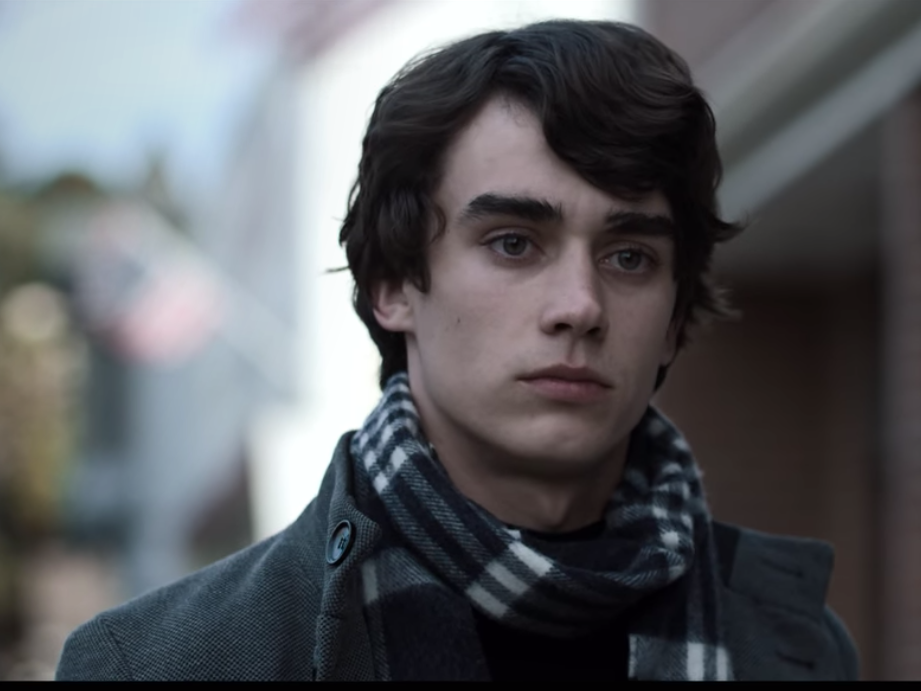 Although a very small part of season three, Winston Williams seems like he will be a key player in the final season.

After meeting Monty at a Hillcrest house party and having a sexual encounter with him, Winston is attacked by Monty and they go to their separate ways. After they see one another again after the homecoming game, Monty apologizes and the two go to Winston’s house to hook up.

After Monty is found dead in his cell and said to be Bryce’s murderer, Winston confronts Ani about the lie she told to pin the murder on Monty. He was hooking up with Monty at the time of Bryce’s death – so he knows that Monty was not the killer.

And although it’s not yet confirmed that we will Monty on the next season, it’s implied that he – along with the newly recovered guns from Tyler’s thwarted Spring Fling attack – will play a huge part in uncovering all the secrets that surround Liberty High.

15 of the best Netflix original comedies to watch right now

12 of the best and 12 of the worst Netflix originals that have come out this year, so far