20 million Americans could get a coronavirus vaccine next month, according to the head of Operation Warp Speed 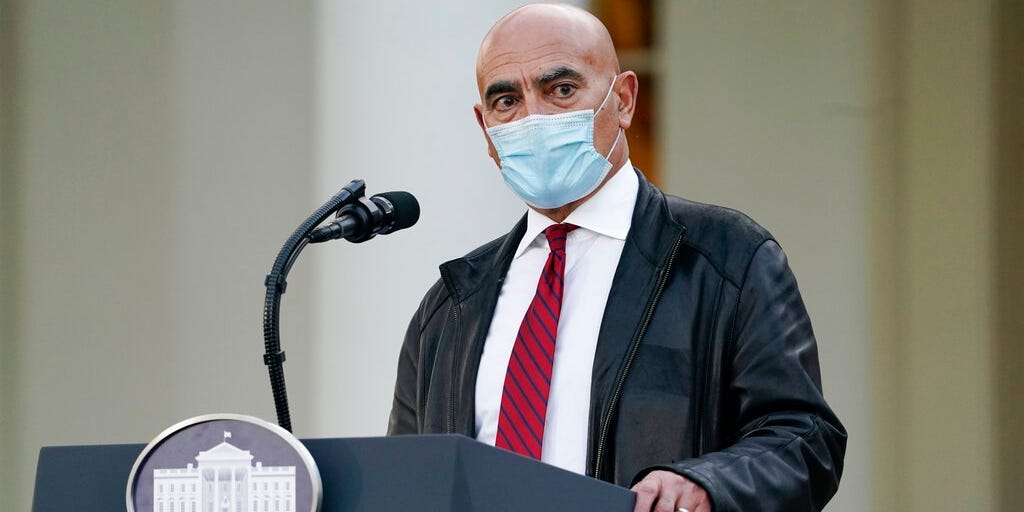 Twenty million Americans could get a COVID-19 shot before the end of 2020, the leading scientist driving the US government’s coronavirus vaccine initiative said on Friday.

Moncef Slaoui, the chief advisor to Operation Warp Speed, laid out the potential availability of a coronavirus vaccine over the next few months at a Friday press conference at the White House. After December, 25 million to 30 million people in the US could get a shot each month.

By the end of February, 70 million to 80 million people in the US could be immunized against the coronavirus, according to Slaoui’s forecast. That’s as much as a quarter of the US population.

Leading government officials including the Natonal Institutes of Health’s Dr. Anthony Fauci and Health and Human Services Secretary Alex Azar have said a COVID-19 vaccine could be widely available to the public as soon as April 2021.

During these first few months, limited quantities will be prioritised for frontline healthcare workers and people at highest risk of becoming critically ill, such as the elderly with multiple pre-existing health conditions. The specifics on an allocation plan will be finalised by an advisory group to the Centres for Disease Control and Prevention.

Slaoui’s prediction hinges on the two leading coronavirus vaccines achieving success and then winning approval from US regulators in the coming weeks. Slaoui expressed confidence that both vaccines will work, and said that both programs will apply for emergency use authorization “within the next few weeks.”

The race for a vaccine reached a milestone moment on Monday, when Pfizer announced that its experimental shot appeared to be more than 90% effective at preventing COVID-19 in a late-stage trial. While the study is ongoing and the exact efficacy could change, the news marked a remarkable scientific breakthrough and much-needed positive development in society’s fight against the raging pandemic.

The other frontrunner, Moderna, said Wednesday that enough volunteers in its final-stage trial had gotten sick to allow a group of experts to assess the data. That interim analysis is ongoing, and Slaoui said he expects results from Moderna “shortly, probably next week.”

Pfizer has said it should be ready to apply for approval in the second half of November, as the study continues to collect the required safety information to be reviewed.

The two frontrunners’ vaccines are remarkably similar. Both were built using a new vaccine technology platform called messenger RNA, and both shots target the same portion of the coronavirus called the spike protein. As the nation’s top infectious-disease expert Dr. Anthony Fauci put it recently, the candidates are “almost identical.”

Slaoui said those two vaccines could then start to be rolled out to the US population in December, if they get a green light from the Food and Drug Administration.

“We plan to have enough vaccine doses available for use in the US population to immunize about 20 million individuals in the month of December, and another 25 to 30 million per month on an ongoing basis from there on,” he said, speaking from the Rose Garden through a mask.

Slaoui also noted that more vaccines could be authorised in early 2021, further boosting available supply. In an October interview with Business Insider, he outlined three waves of potential vaccine approvals, with Pfizer and Moderna making up the first pairing.

They could quickly be followed by shots from Johnson & Johnson and AstraZeneca, which are now in the final stage of clinical testing.

The third wave is made up of two more injections, respectively developed by Novavax and Sanofi/GlaxoSmithKline. Those programs are expected to start the final stage of clinical trials in the US within the next few weeks.


Read more:
We just got our first evidence that a coronavirus vaccine works. Here’s everything we know about the race for a vaccine and when you might be able to get a shot.