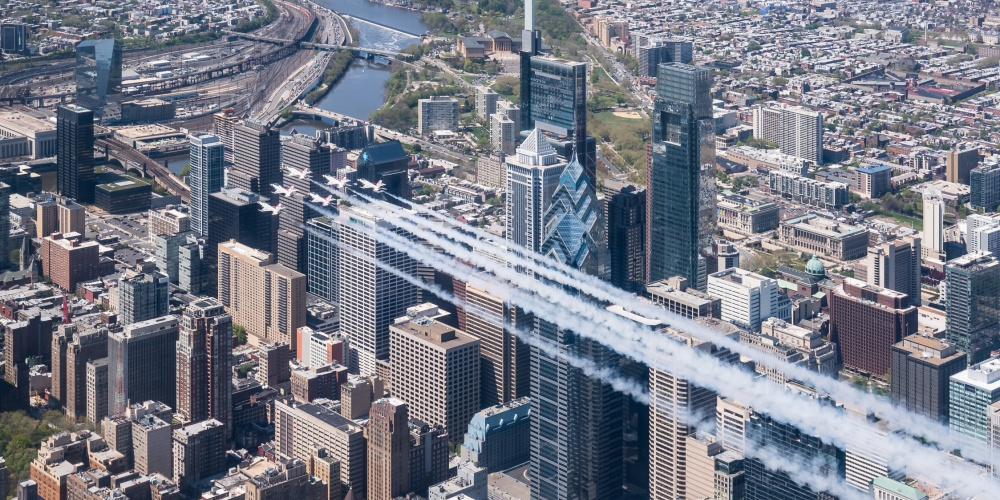 The Navy’s Blue Angels and the Air Force’s Thunderbirds are conducting flyovers of different cities to honour front-line COVID-19 responders. On Friday, the Thunderbirds will be flying over San Diego and Los Angeles.

The two demonstration teams conducted the first “America Strong” flyovers on April 28, soaring over New York City, Philadelphia, Newark, and Trenton. On May 2, they flew over Baltimore, Washington DC, and Atlanta. 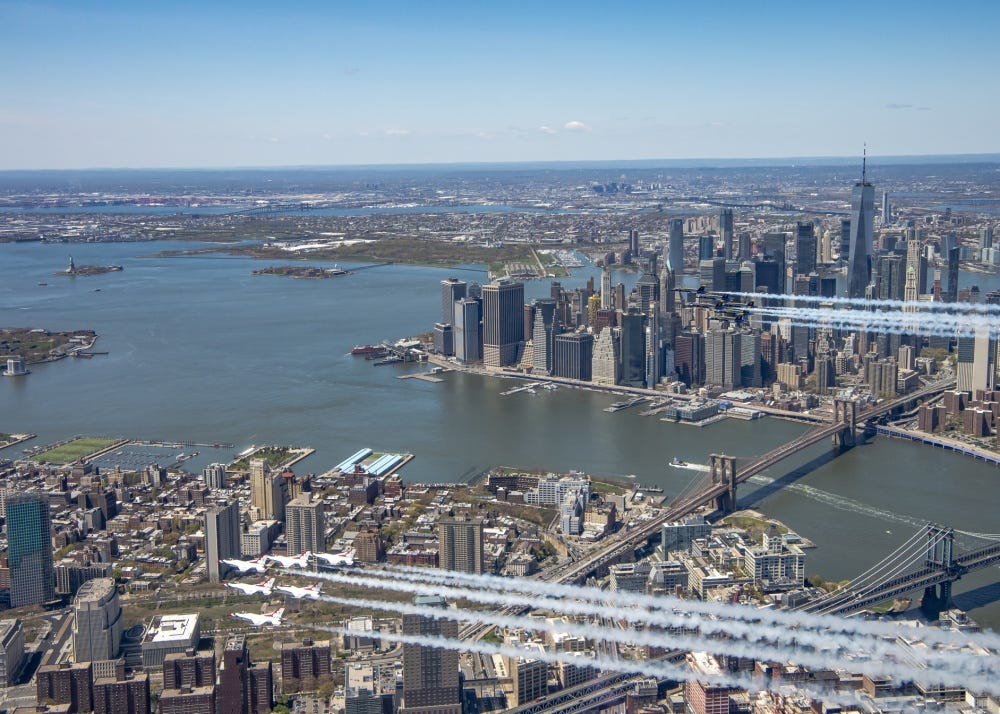 Two formations consisting of six F-16C/D Fighting Falcons and six F-18C/D Hornets flew over the cities “to recognise healthcare workers, first responders, military, and other essential personnel while standing in solidarity with all Americans during the COVID-19 pandemic,” a joint press release said.

The flight over Atlanta was the last joint formation flight. 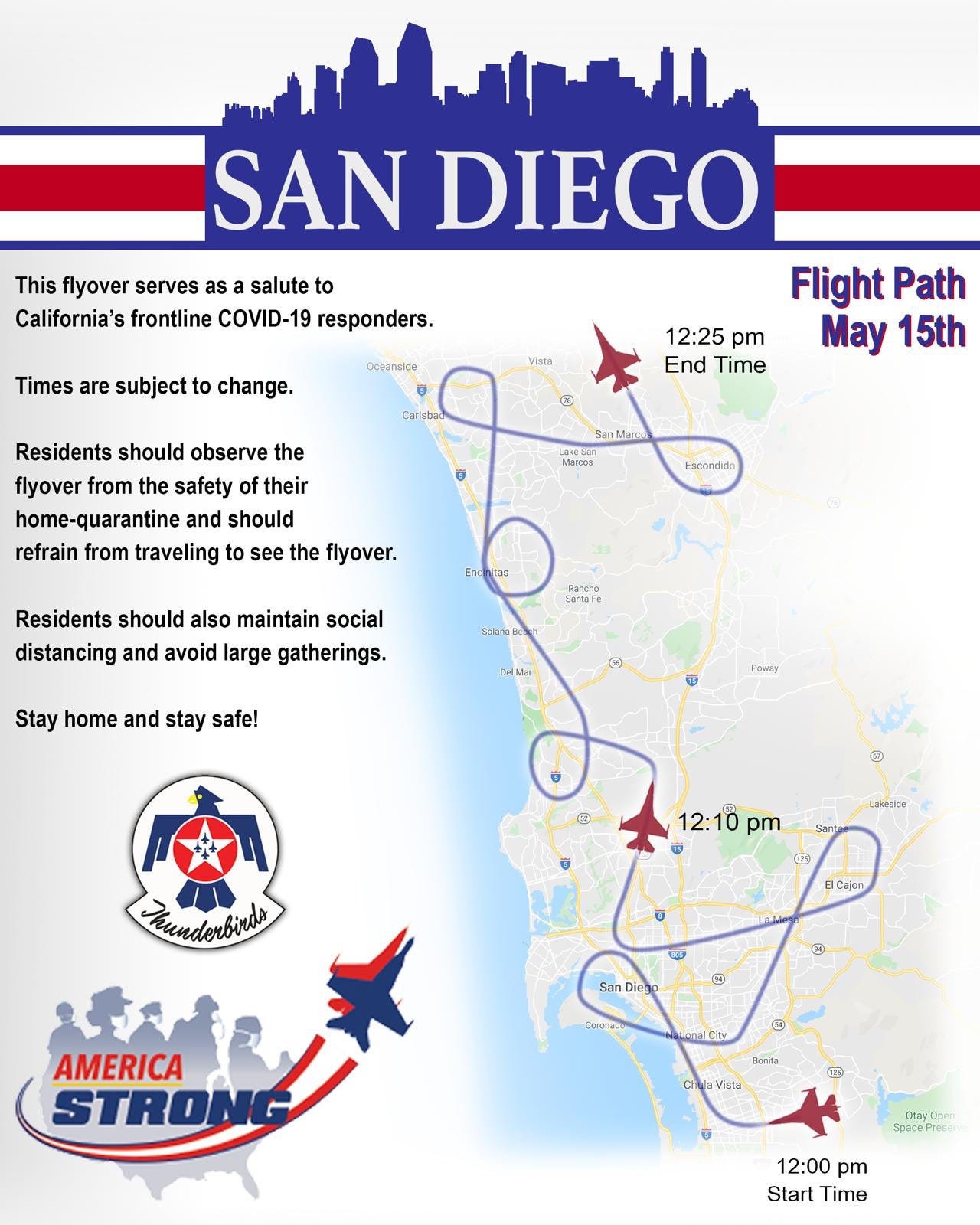 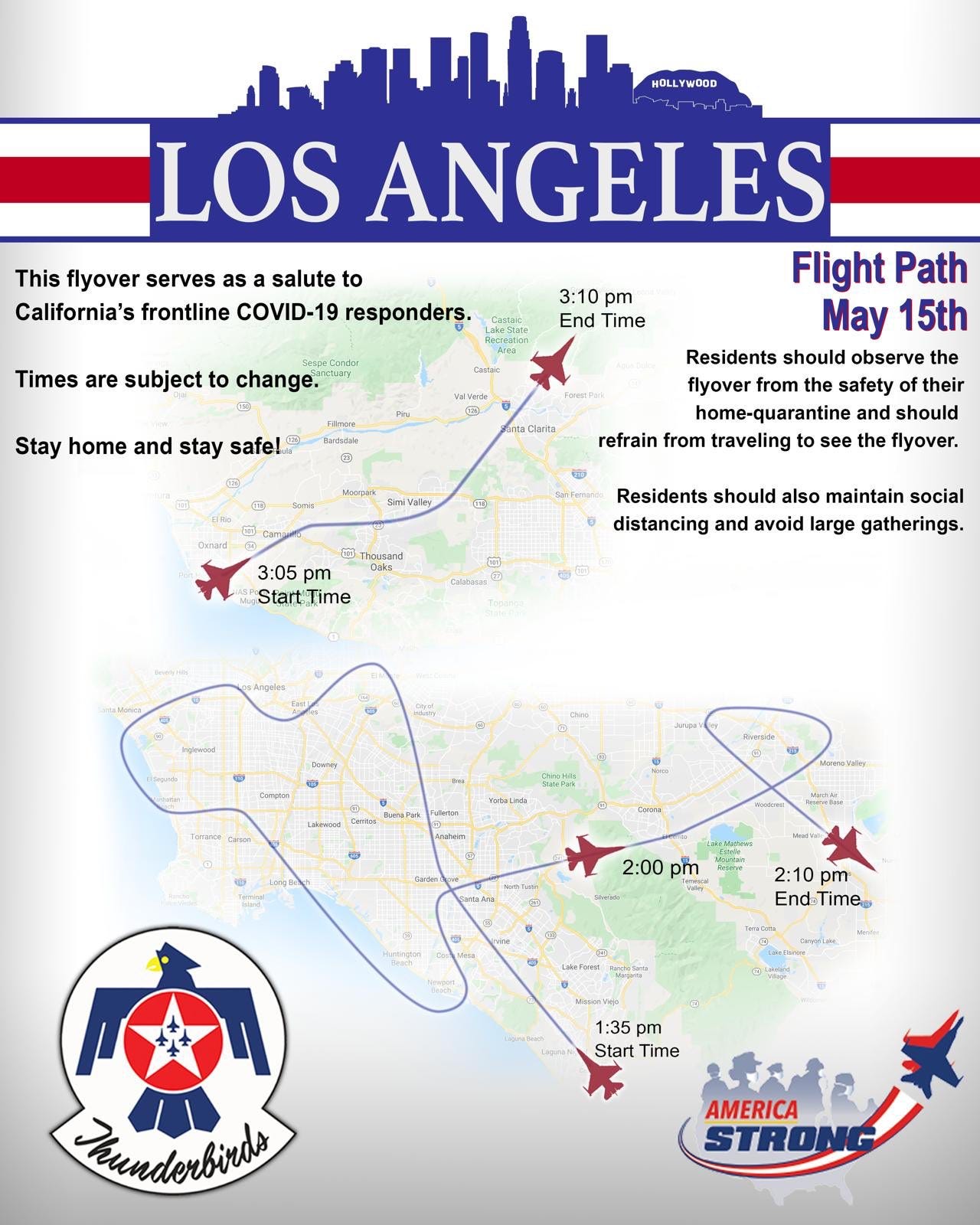 “It is an honour for our team to salute the countless Californians who have committed to keeping the communities safe during this difficult time in our nation,” Lt Col John Caldwell, Thunderbirds commander, said in a statement. “We hope to give onlookers a touching display of American resolve that honours those serving on the frontline our fight against COVID-19.”

The Air Force says residents in flyover areas should be able to observe the flyovers from the safety of their homes, stressing that people should not travel to view the flyovers and should continue to practice social distancing.

Updates: The Navy Blue Angels and Air Force and Thunderbirds demo teams have several flyover missions planned for the next few weeks. This article will be updated as more information becomes available on those flights.