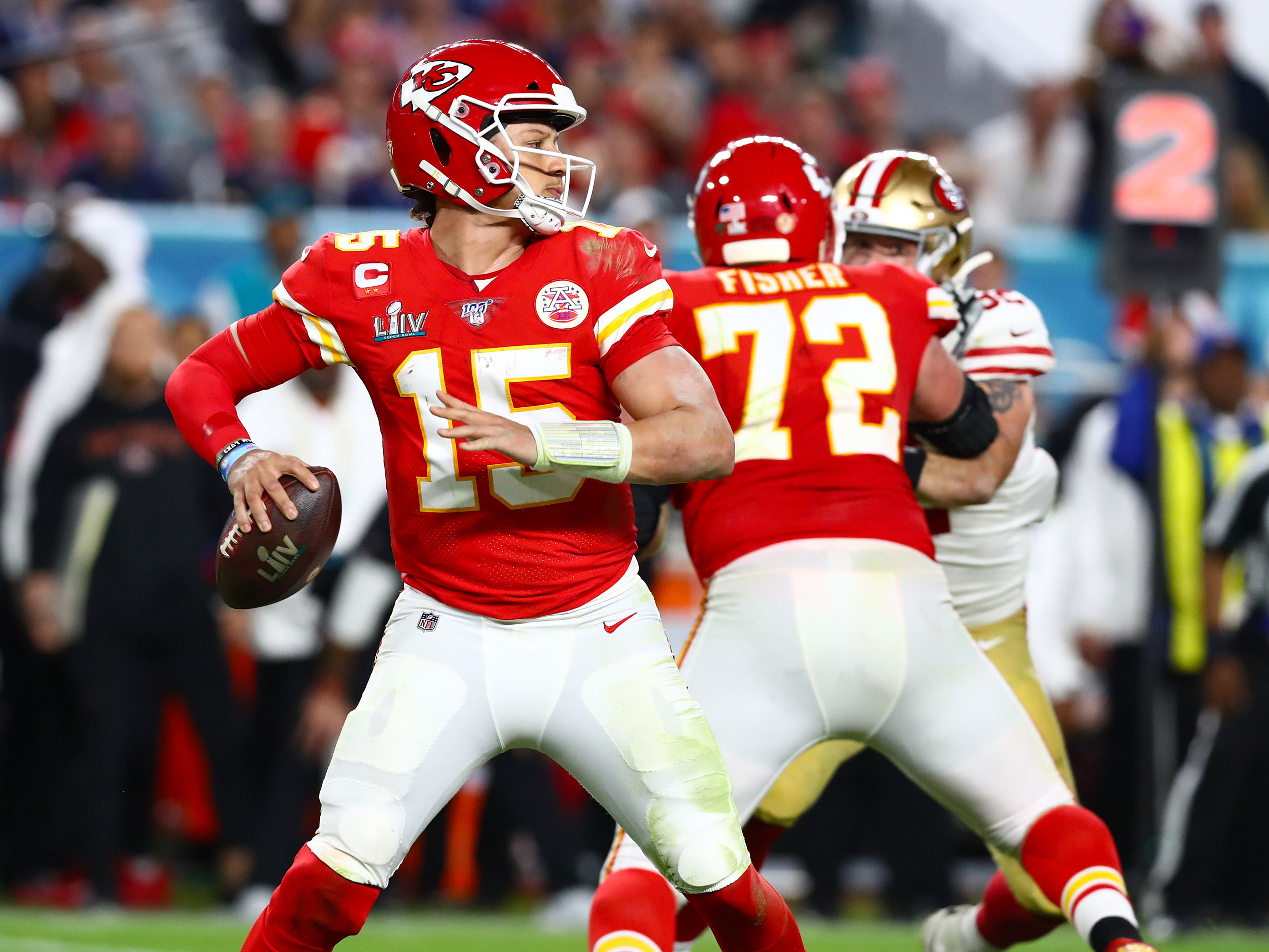 Matthew Emmons-USA TODAY SportsThe coronavirus pandemic brought the sports world to a sudden stop two months ago, but the NFL is still hoping its season can go on as scheduled.

The NFL was one of the few sports leagues in America that did not have its regular season directly impacted by the coronavirus pandemic.

While the NBA and NHL seasons were forced to a sudden stop in mid-March, the NFL was already in its offseason, with six months before more football was set to be played in stadiums.

Adjustments still had to be made – the league held its first-ever virtual draft in April, with front offices working remotely and league commissioner Roger Goodell announcing picks from his basement – but given the enormity of change the pandemic had thrust upon many sports leagues, the NFL has gotten off relatively unscathed.

As things stand, the league is hoping that trend continues and planning to go forward with the 2020 season as scheduled until a change is absolutely necessary.

When the schedule was released in early May, Week 1 was still scheduled to begin in early September, with the Houston Texans travelling to face the Kansas City Chiefs on Thursday, September 10, to kick off the season, followed by a full slate of games that Sunday.

According to ESPN’s Adam Schefter, Goodell warned team officials in a memo in early May against “uninformed commentary that speculates on how individual clubs or the league will address a range of hypothetical contingencies,” saying it “serves no constructive purpose and instead confuses our fans and business partners.”

While the NFL is publicly holding to the fact that the season will begin as scheduled, the league does have a few contingency plans built into the schedule that could help buy some time should the season wind up needing to be delayed.

According to Schefter, should a delay be necessary, the league could hypothetically begin with Week 5, with Weeks 1-4 being tacked on to the back of the season to complete the full 16-game schedule. Pushing back the Super Bowl, as well as cutting out a few potential weeks through eliminating byes and the Pro Bowl, could also help the league delay the start of the season and wrap up with a Super Bowl in February.

There is still a long way to go before the NFL season can actually know if starting on time is realistic.

As Dr. Anthony Fauci to NBC Sports’ Peter King, teams will have to be vigilant with testing and be ready to “shut it down” should a team have multiple players test positive for COVID-19, but players that test negative could carry on playing on Sundays.

“I think it’s feasible that negative testing players could play to an empty stadium,” Fauci said. “Is it guaranteed? No way … There will be virus out there, and you will know your players are negative at the time they step onto the field.”

Working backward, at least some preseason games will have to be played before opening the season – though it’s possible the league decides to cut down from four games to two to save some time. Additionally, teams are scheduled to start training camp in July, which might be possible in some states but not in others depending on how things change regarding the pandemic in the interim.

Should we see multiple training camps pushed back over the summer, or possibly an uptick in COVID-19 cases at some point between now and the start of the season, things could change quickly. But as things stand, the NFL season is set to start on Thursday, September 10, kicking off 17 weeks of regular-season action and concluding with Super Bowl LV on February 7 at Raymond James Stadium in Tampa Bay.