You don't always have to wear a mask outside. Experts share 'really simple' ways to know when you need one and when you don't. Don Milton is as serious as they come about wearing masks to prevent the spread of COVID-19 from person to person.

As one of the world’s leading experts on how viruses spread through the air, it makes sense that he’s adopted a conservative stance during the pandemic – he sports an N95 (the “gold standard” for masks) on his trips to the grocery store, for example.

But these days, when Milton goes for a bike ride around College Park and the University of Maryland, where he is a professor of environmental health and medicine, his mask remains out of sight. It’s tucked into a pocket in the back of his cycling jersey.

He doesn’t worry much about the fact that his strenuous exercise might be generating lots of aerosols (very light, floating particles) in the fresh air around him, because he’s riding solo. And besides, he knows that outdoors, there is infinite ventilation, in case someone were to ever ride up behind him.

“Hopefully, you can educate people, and we can do things that make sense,” he said.

Milton’s own rule for outdoor mask-wearing is simple and clear: “In a place where you might be close to other people, or where you might run into somebody you know and you might stop and want to talk to them for a while and one of you is going to be up or down wind of the other person, then you should probably have a mask on,” he told Insider.

Though Milton knows well that the risk of transmitting the virus outside is far lower than indoors, he stresses it’s still not zero.

“Barbecues last summer were showing up in the Maryland contact tracing data as a risk, something that people were reporting having done that were infected,” he said. “If you’re going to be close to other people outdoors and everybody is not vaccinated, then you certainly need to be wearing masks.”

Public health experts agree: there are simple rules for when we need to wear a mask outside and when we don’t 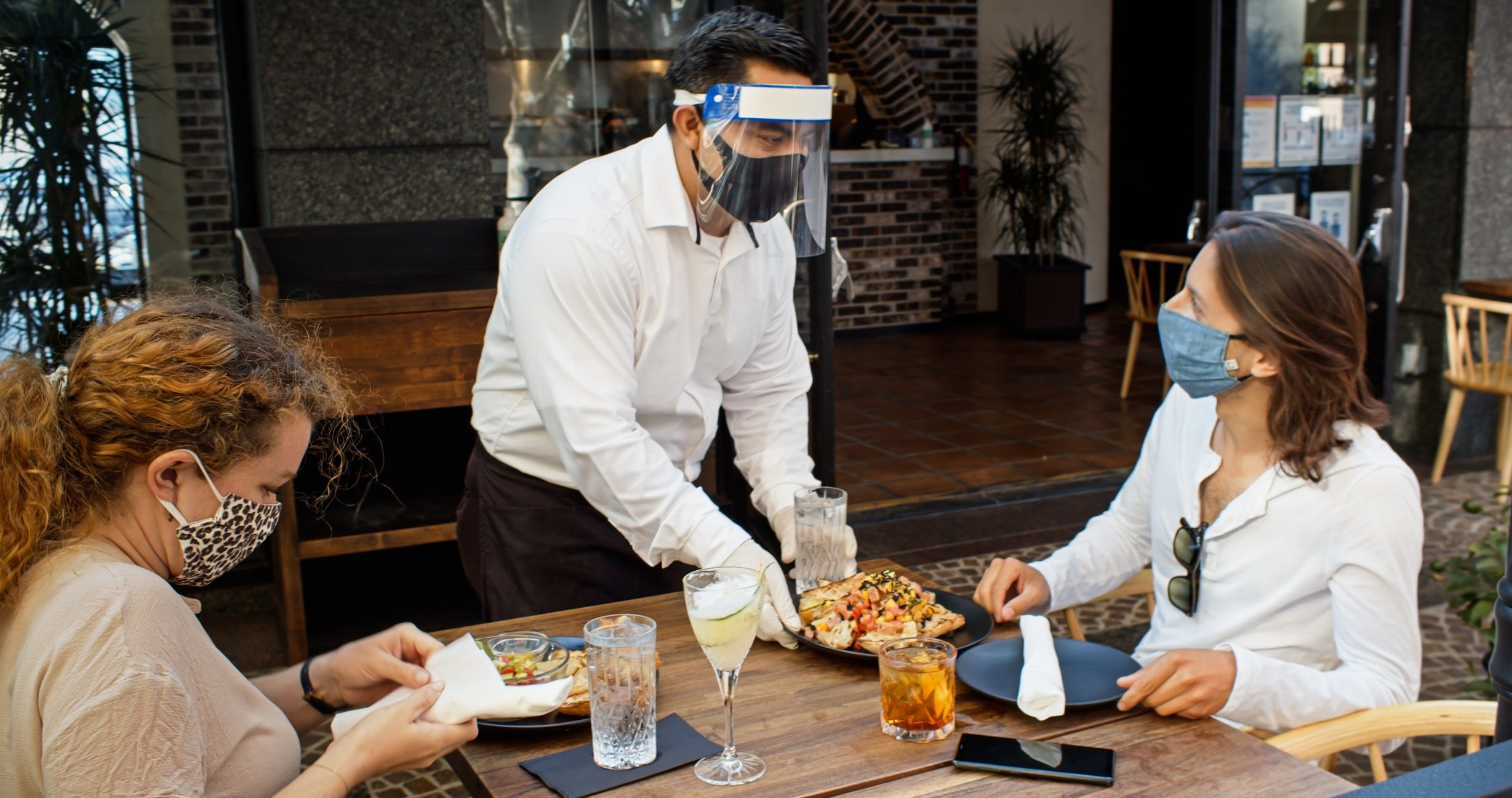 Leana Wen, an emergency physician and public health professor at George Washington University, spoke to Insider about her own outdoor masking rule while out on an evening walk, unmasked.

“I think we can make this really simple,” Wen said. “If you are outdoors and you can keep at least six feet away from others, you don’t need to wear a mask.”

Wen and Milton are joining a growing number of public health experts around the globe in saying: outdoor mask mandates have never made much sense, and only serve to erode trust and respect for public health precautions.

Muge Cevik, an infectious disease researcher and science communicator at the University of St Andrews, told Insider that fewer than one in ten reported COVID-19 cases involve outdoor transmission, “and those are typically associated with prolonged close interactions, or settings where people mix both indoors and outdoors,” she said in an email.

“People make complex decisions regarding risks every day and should be informed and empowered to make the right decision for themselves for outdoor masks,” she added.

“People have common sense, and we don’t need for laws to be so overly broad,” Wen said. “What Israel has done in lifting the mask mandates after a large number of people have been vaccinated and the number of infections is much lower, I think that’s probably where we will end up going.”

When Wen spots a neighbor up the street, she either quickly puts her mask on, or she crosses the street. This is a simple “common courtesy” during a pandemic, she says.

“If there is a chance that you could be within six feet of others, you should bring a mask with you, and wear that mask if you cannot keep physical distancing.”