For the past 35 years, flu activity in the US has peaked in February, according to the Centres for Disease Control and Prevention, so the shortest month of the year might not feel that way for the many infected.

But February isn’t the only month you can contract the flu. In fact, it’s always flu season somewhere in the world.

In the Northern Hemisphere, including the US, “flu season typically picks up around October, and it can usually peak between December and February,” says Amanda Simanek, associate professor of epidemiology at the University of Wisconsin-Milwaukee’s Joseph J. Zilber School of Public Health.

“But we can see cases as late as into April and May,” she adds.

Why flu season is in the fall and winter

The flu tends to spike in the fall and winter for a major reason: the temperature.

“The virus survives better in cool, dry temperatures,” Simanek said. And that’s thanks to a protective gel-like coating that surrounds the flu virus while it’s in the air.

The flu is an airborne infectious disease. So in order to spread, the virus needs to survive long enough in the air to travel from one person to the next. And that’s where the virus’s gel-like coating helps when it’s cold outside.

In colder temperatures, that capsule, which is made of fats and oils called lipids, hardens into a shell around the virus. This protects the virus and keeps it alive long enough to spread between victims.

For comparison, this isn’t as easy to do when it’s warm outside because the lipid coating degrades, exposing the virus to the environment where it can easily get destroyed before finding a host.

Once the virus is inside you, your body temperature degrades the coating, releasing the virus. After that, the virus starts to wreak havoc and replicate in hopes of infecting you and the next bystander. If you get the flu, you will be contagious for 5 to 7 days after your symptoms begin.

It doesn’t help that people tend to congregate inside in close quarters when it’s cold and dreary outside, making it that much easier to spread those tiny respiratory droplets containing the virus.

So if the flu virus spreads most in colder temperatures, does that mean warming global temperatures could lead to a milder flu season in the future? Experts aren’t yet entirely sure.

But some research suggests that mild winters with mild flu seasons can cause a rebound effect, where the next year’s flu season is more severe. That’s because with fewer infections during the previous year, more people are susceptible the following year.

“It’s possible that climate change that causes swings in temperature from season to season could have an impact on the severity of influenza transmission,” Simanek says.

The best way to prevent the flu is to get a flu shot as soon as it is available, which is usually in October.

Yes, you can get the flu when it’s not flu season

Once the weather warms up and the spring flowers start to bloom, flu activity tends to drop off. But that doesn’t mean you can’t still get the flu.

“When you come into contact with a flu virus or respiratory virus to which you are susceptible, you can certainly catch that, no matter what season it is,” says Lisa Maragakis, MD, senior director of infection prevention for the Johns Hopkins Health System.

Plus, when it’s summer in North America, it’s winter in the Southern Hemisphere. So, for example, if you travel to Australia during their winter, you could be exposed to the flu there. 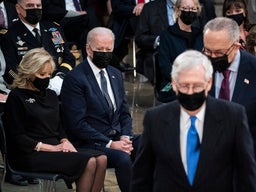