UFC finally announced the location of its secret 'Fight Island,' and will host 4 blockbuster events there next month 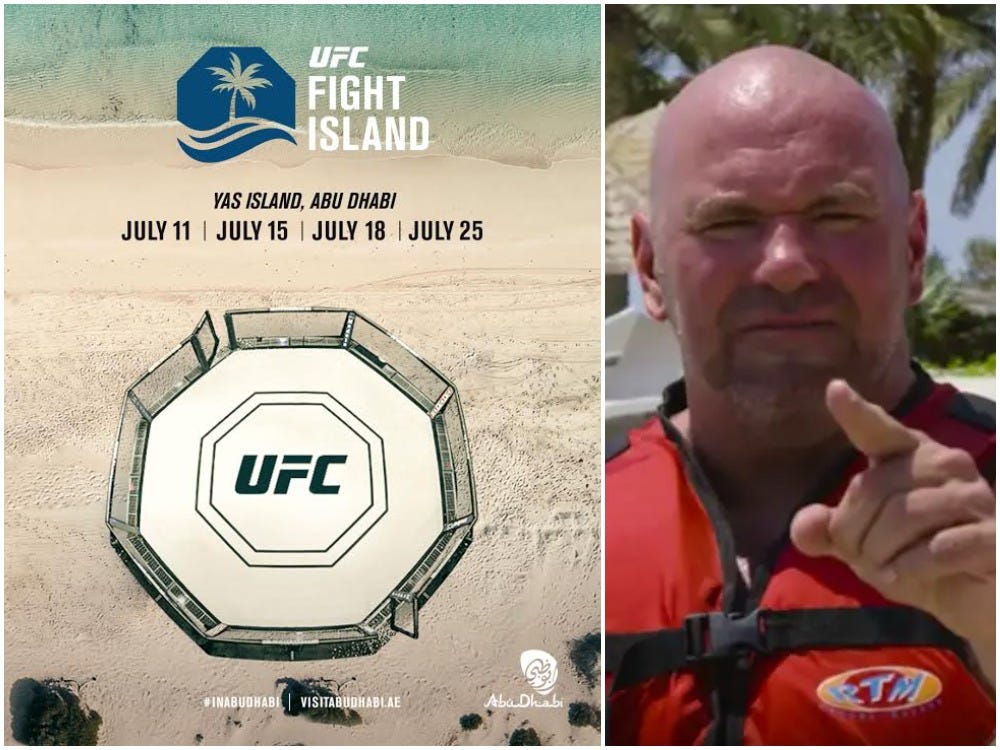 Photos by UFCUFC Fight Island is in Abu Dhabi.

UFC has finally announced that “Fight Island” is real and it’s happening at Yas Island, an events space in Abu Dhabi, with four events already scheduled from mid-July.

The UFC boss Dana White teased in April a mysterious island he had apparently had talks about leasing, when the coronavirus pandemic had shut down the world’s major sports leagues.

White looked at ways to circumvent travel restrictions to allow his international athletes to compete, and honed in on the ‘Fight Island’ concept.

In a press release, White said: “We came up with the idea of having fights on ‘Fight Island’ because we needed a destination to hold international events during the global pandemic.

“Abu Dhabi has been an amazing location to hold fights over the past 10 years and it is the perfect place for these events.”

UFC will be holding ‘Fight Island’ events on:

White had recently told TMZ Sports that he didn’t want the fantasy generated by ‘Fight Island’ to eclipse the reality.

He said he feared people would be expecting an Octagon to be on the beach under the sun, and for him to be sitting cage-side on a throne, surrounded by tiki torches.

However, in Tuesday’s release, White promised a “once-in-a-lifetime opportunity for the fighters.”

He said: “The infrastructure we are building [has] never been done before – from the arena, the private training facility, and the Octagon on the island – it’s going to be an experience that none of us will ever forget.

“I can’t wait to deliver amazing fights from Yas Island.”

A small island geared toward entertainment, Yas Island has a Grand Prix car-racing circuit, amusement parks like Ferrari World and Warner Bros World, a shopping mall, a beach, and a golf course.

The ESPN MMA reporter Brett Okamoto said Tuesday that the first “Fight Island” event, the UFC 251 show, will feature many fights, including: 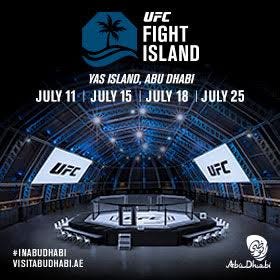 Okamoto added that the UFC’s designated part of Yas Island will include an arena, hotel, training facilities, and dining establishments.

There will be a safety zone of 10 square miles where only UFC athletes, coaches, staff, and personnel will be allowed.

While the athletes will fight under a roof in an arena, there will be an Octagon on the beach for training purposes, ESPN said.

The UFC has previously held events in Yas Island, including its first live event in Abu Dhabi in 2010.

The most recent show was UFC 242 when Khabib Nurmagomedov defended his lightweight championship with a dominant win against Dustin Poirier in September, last year.

Amanda Nunes beat, bloodied, and bludgeoned her opponent so bad it was like she was armed with an axe

Dana White says his mysterious ‘Fight Island’ will be ready in a month, and a UFC champion has already said she’d happily live there