When polls close on Election Day, and when we can expect results from the presidential race 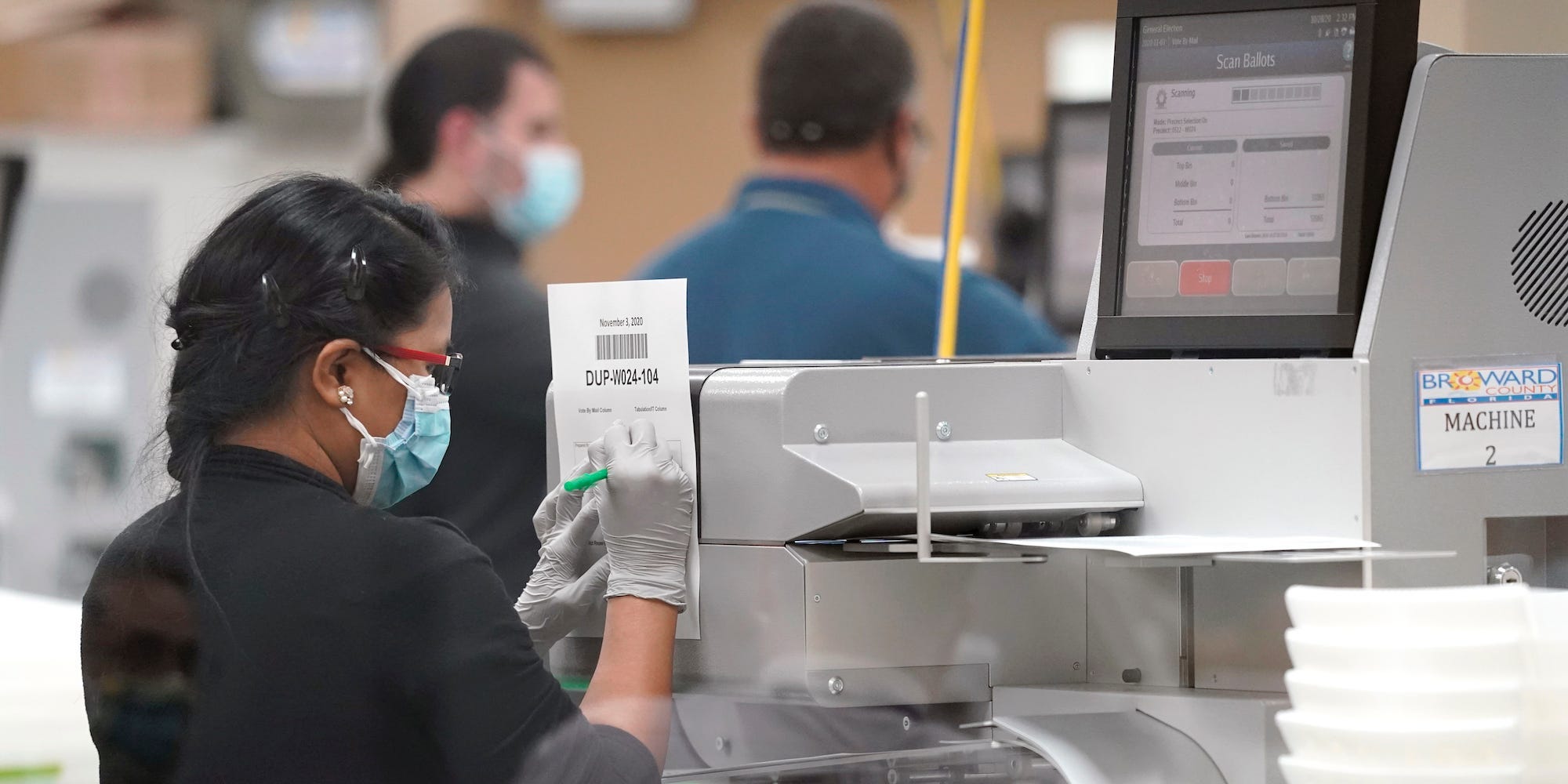 After four years of politicking, advertisements, and raucous debates, Americans will soon tune in to find out the next president of the United States: President Donald Trump or Democratic nominee Joe Biden.

But despite the desires of some impatient followers of American politics, there is no one specific time that each state reports its election results.

Instead, each state will begin to report its results once all of its polling sites are closed. Most states have their polling locations open for at least 12 hours, but each state’s hours are different and start and finish at different times. If a state is split into multiple time zones, then it will only begin reporting once its last polling site is finished.

In swing states, polls first close in Florida and Georgia in 7:00 p.m. ET, in North Carolina and Ohio at 7:30 p.m. ET, in most of Michigan and Texas at 8 p.m., in Wisconsin and Arizona at 9 p.m. ET (although Arizona embargoes the release of election results until an hour afterward), and in Iowa at 10 p.m. ET.

But voters in every state are legally allowed to cast their ballot if they’re still in line at the time when the polls close, meaning that long lines in some places could extend after polls legally close.

Follow along with Insider and Decision Desk HQ’s live coverage and results for the 2020 election here.

Initial returns released on election night, which networks rely on to make race calls, are never final and do not represent the full vote count.

In nearly every jurisdiction, there are always absentee ballots either from domestic or military and overseas voters that arrive after election day and provisional ballots that need to be adjudicated and resolved. Every state gives election officials multiple days or weeks to fully canvass and certify results.

When news networks and decision desks call races, they don’t make those calls based on the final, certified outcome. Rather, they are making a projection of which candidate will win the final count based on factors including which candidate leads initial results and exit polling. In most recent elections, networks were able to call races on election night because there weren’t enough outstanding mail-in or provisional ballots that would change the outcome.

But due to the COVID-19 pandemic, more Americans are voting by mail or early in-person in this election than in any in recent history. Because mail ballots take longer to process and count than in-person votes, and in many states, are permitted to arrive after Election Day, it could affect the timing of results. 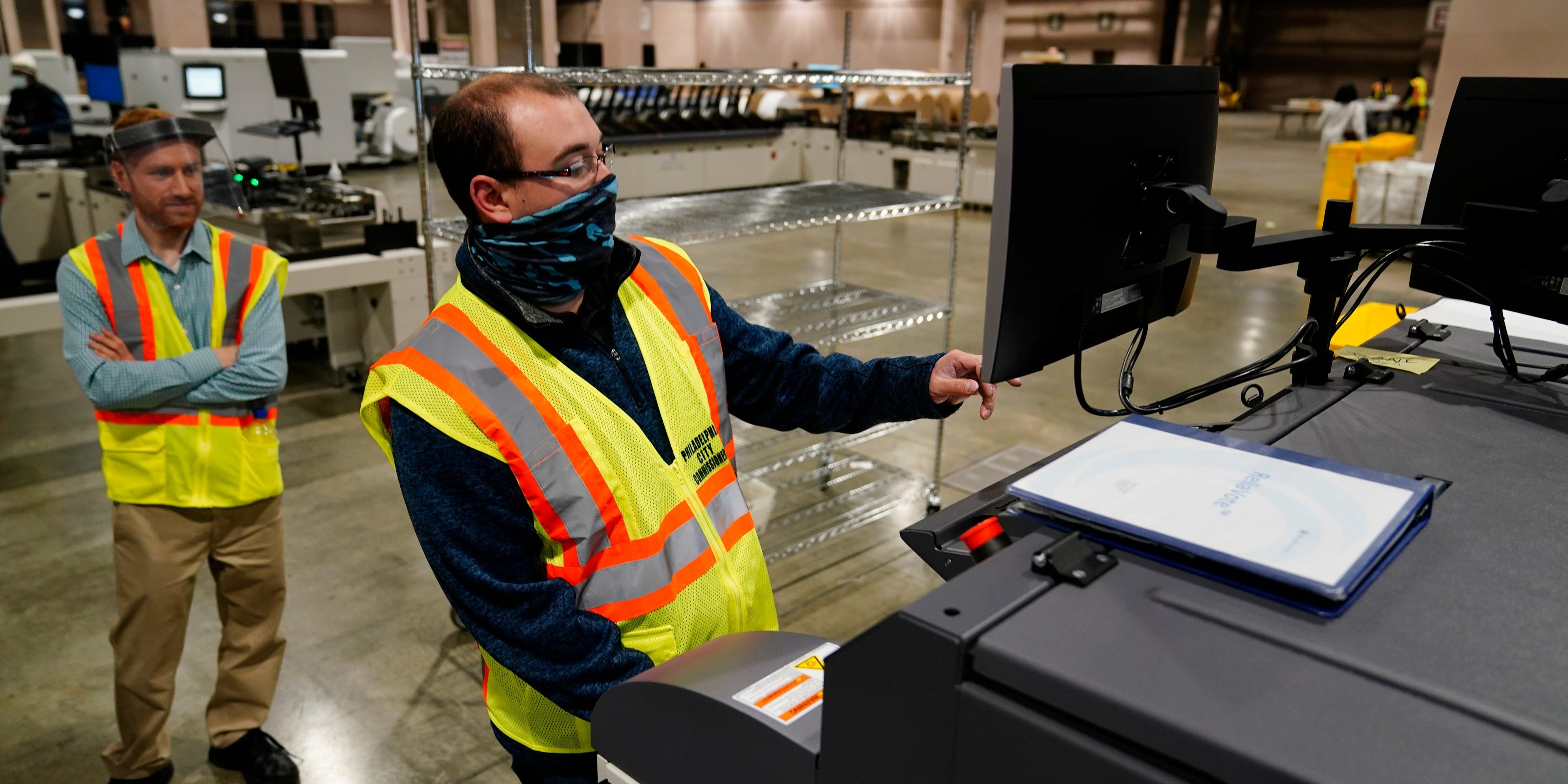 AP Photo/Matt SlocumJohn Hansberry, with the Philadelphia City Commissioners office, runs a sorting machine at the city’s mail-in ballot sorting and counting centre in preparation for the 2020 General Election in the United States, Monday, Oct. 26, 2020, in Philadelphia.

There are stark partisan divides in how Americans are choosing to vote. Partly due to Trump’s months-long crusade in discouraging voting by mail, mail votes are likely to disproportionately favour Biden while the in-person Election Day vote may heavily skew towards Trump.

This means that in states that process the majority of their early mail and in-person mail votes before reporting results from those who voted on Election Day, the initial results could show Biden leading followed by a “red shift” with Trump making up ground as Election Day votes are counted.

And in states that don’t permit for much pre-processing, we could see the opposite pattern of a “blue shift” where the initial in-person votes reported favour Trump while Biden catches up to Trump when mail-ins are counted.

The rise in mail voting doesn’t mean, however, that we’ll be left in the dark for days on end.

Experts say that Florida and North Carolina, which both allow officials to count mail ballots (but not report results) weeks in advance, are likely to report the majority of their results after the polls close and give us a good picture of where the candidates stand.

Karen Brinson-Bell, Executive Director of the North Carolina State Board of Elections, recently told reporters that she expects a full 80% of the state’s full votes to be counted by the time the polls close on election night.

Ohio is also planning on both reporting a substantial amount of results from mail voting and in-person early voting.

“In Ohio, we’re going to be able to get those numbers pretty quickly. We’re never going to sacrifice the accuracy for the speed, but sometime on Tuesday night or early Wednesday morning we should be able to have that unofficial number ready for Ohioans,” Secretary of State Frank LaRose told WKYC News.

Iowa, too, made a change that allows election officials to begin processing mail ballots the Saturday before Election Day and start counting on Monday.

“We feel this will give auditors ample time to have everything ready to report on election night, and we don’t anticipate significant delays in reporting statewide results,” Paul Pate, Iowa’s Secretary of State, told the Daily Iowan.

But election officials in the three Midwestern battleground states of Michigan, Wisconsin, and Pennsylvania are very limited in their ability to process ballots before Election Day, and could take a few more days to fully count results.

The Michigan state legislature recently passed a one-time bill for the November election allowing counties with more than 25,000 residents to count ballots for 10 hours on Nov. 2, the day before Election Day, but officials in Pennsylvania and Wisconsin are not legally permitted to process or count ballots until the polls open on Election Day.

In Wisconsin, the sheer volume of mail ballots cast, and the time-consuming process of counting those ballots, means that unofficial statewide results likely won’t be available until Milwaukee has completed counting, which may not be until the early hours of Wednesday morning, the Milwaukee Journal-Sentinel recently reported.

And in Michigan too, even though officials in some big counties were able to begin pre-processing prior to Election Day, both the amount of time it takes to count ballots and Michigan’s ultra-localised system means that we may not get a full picture of the unofficial results for a couple days, the Detroit Free Press reports.

Pennsylvania is the battleground state most likely to take the longest to count enough of the vote for the race to be called.

CNN recently reported that every county will have a different process for how they count mail ballots: some will count starting first thing in the morning, and others will not count mail-in ballots until after they finish counting and tallying in-person votes cast on Election Day.