Unemployment benefits will expire in 10 days if Congress doesn't pass a stimulus bill. Here's what else could expire this month. 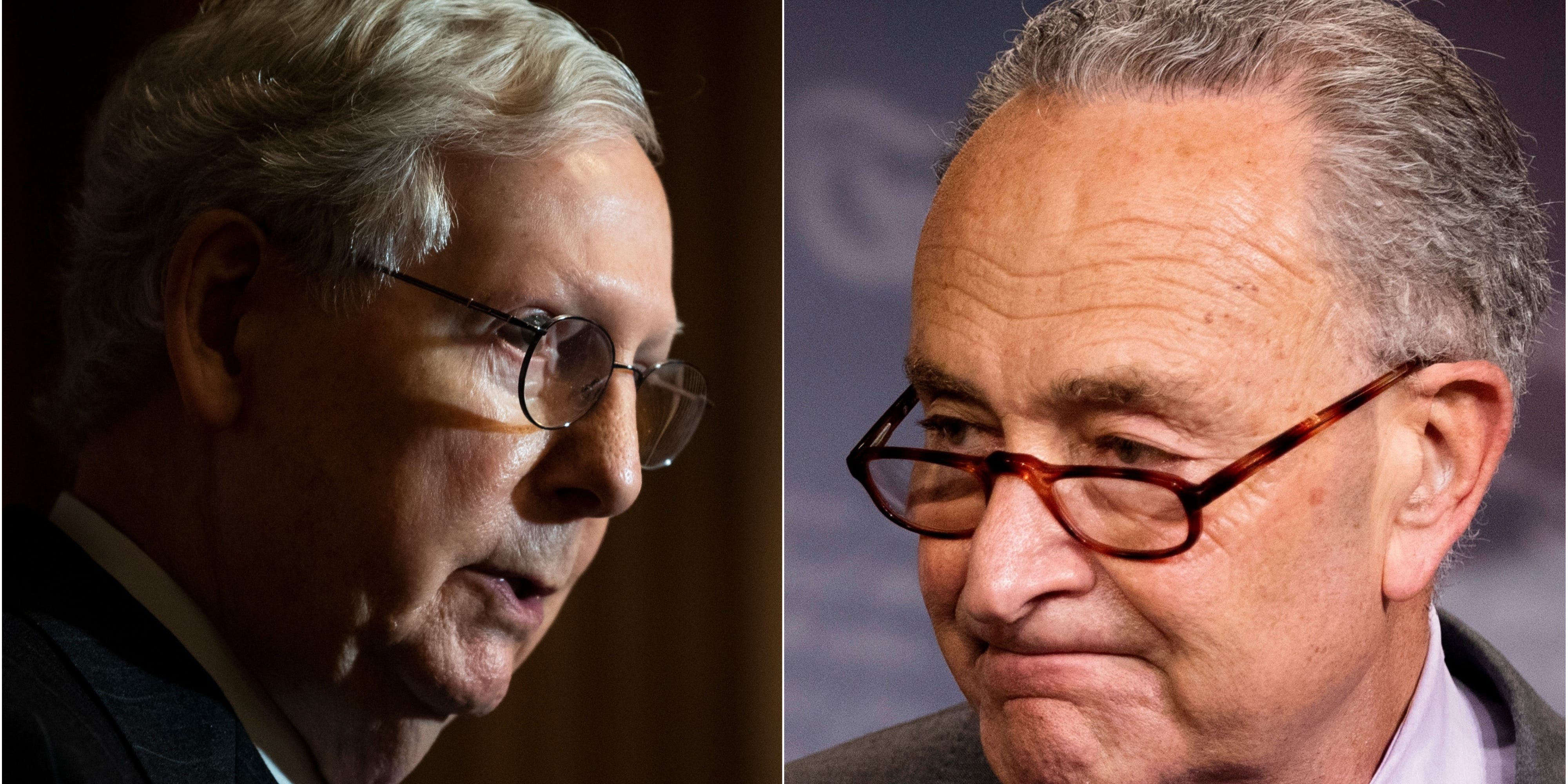 The clock is ticking for Congress to get the American Rescue Plan on President Joe Biden’s desk by March 14 – the day Americans are set to lose their unemployment benefits. And now that the bill sits in the Senate, many Americans can’t afford to see federal aid run out.

The $US900 ($1,155) billion relief package Congress passed in December included $US300 ($385) weekly unemployment benefits to be allocated to Americans through March 13, and Democrats are now calling for that benefit to be continued – as well as boosted to $US400 ($514) per week – through the end of August.

On February 27, the House passed Biden’s $US1.9 ($2) trillion stimulus plan and sent it to the Senate, where it now faces a vote-a-rama in which members of the Senate will vote on provisions within the plan. A $US15 ($19) minimum wage increase – which progressives strongly supported – has already been cut from the bill, but Democrats are still pushing to get the plan passed as quickly as possible.

However, Republicans in the Senate who oppose the size of the president’s stimulus plan have attempted to slow the process down. Sen. Ron Johnson of Wisconsin plans to have clerks read the 600-page bill aloud and said on Twitter on Wednesday that “it could take 10 hours but the American people deserve to know what’s in it.”

Here are the main issues up for debate this month:

In the stimulus bill

Congress has 10 days to get the stimulus plan passed before unemployment benefits expire on March 14.

The bill the House sent to the Senate included an extension of $US400 ($514) weekly benefits through the end of August. Although that would cut benefits off a month earlier than Biden had requested, without any form of extension, 11.4 million Americans are at risk of losing needed aid.

The Foundation also reported on February 2 that a delay in extending unemployment aid in December cost unemployed Americans $US17 ($22) billion in January, stressing the need for a prompt extension this time around.

A tax incentive for employers to offer paid sick and family leave will expire on March 31, and Biden’s plan calls for emergency paid leave measures to be extended through the end of September with a maximum paid leave benefit of $US1,400 ($1,797) per week.

“We need to make sure that workers who have Covid-19 symptoms are quarantined and those who need to take care of their family members with Covid-19 symptoms should be able to stay home from work and still get paid,” Biden said at a news conference on January 14. “This will reduce the spread of the virus and make sure workers get the support they need to maintain their families.”

Not in the stimulus bill

Although not included in Biden’s stimulus bill, small business pandemic aid is also set to expire this month.

On February 22, the president amended the Paycheck Protection Program to ensure equitable access to relief, including the opening of a two-week period where the smallest businesses can apply for the program, along with eliminating certain restrictions that prevented businesses from receiving aid.

However, funds distributed through the PPP are set to expire on March 31, so small businesses have less than a month before they will no longer be able to receive aid through it.

Despite the PPP’s expiration, Biden’s stimulus bill includes $US50 ($64) billion in small business aid, including the addition of $US7.25 ($9) billion to the PPP which could be used before the end of the month, along with $US25 ($32) billion for restaurants.

On his first day in office, Biden extended the federal moratorium on evictions through March 31. However, a further extension is not included in the stimulus bill, and a Housing and Urban Development administration official said on a February 25 press call that another extension is still under consideration and would be driven by public health considerations.

According to the Center on Budget and Policy Priorities, one in five renters is behind on rent. Biden’s plan does include $US20 ($26) billion in emergency rental assistance to aid struggling renters.