The rest of the world is 'simply not ready' for the coronavirus, according to a WHO envoy who just returned from China

COVID-19 appears to be loosening its grip on China, just as other countries around the world are starting to grapple with the effects of person-to-person spread of the deadly virus for the first time on their home turf.

The number of virus cases reported in China continues to decline. Doctors there say they have got beds available for patients, and the 31 affected provinces around the country are beginning to wake up from a quarantine-induced slumber. Some people in Hubei province, at the epicentre of the outbreak, are heading back to their factories. But schools are still closed, and street life in Wuhan, the province’s capital, has been relatively quiet for more than a month.

Dr. Bruce Aylward, a physician and public-health expert with the World Health Organisation, just returned from an independent fact-finding mission in China, along with more than 20 health counterparts from around the world, including the Chinese.

His message is sobering.

The world is not ready for the novel coronavirus

“Big conclusion for the world is – it’s simply not ready,” Aylward said just hours after disembarking in Geneva from his China trip. “Folks, this is a rapidly escalating epidemic in different places that we’ve got to tackle superfast to prevent a pandemic.”

That may be difficult in countries that don’t have the same disease-surveillance setup as China, a country that was hit hard by the deadly SARS outbreak in 2002-03.

Still, Aylward pointed to a few basic preparedness measures that are being used in China that other countries could mimic to help control the spread of this poorly understood virus.

“Hundreds of thousands of people in China did not get COVID-19 because of this aggressive response,” Aylward said, adding that the techniques were “old-fashioned public-health tools” but applied “with a rigour and innovation of approach on a scale that we’ve never seen in history.”

“In 30 years of doing this business, I’ve not seen this before, nor was I sure it would work,” he said.

Here are Aylward’s big takeaways from his time in China, where he traced the COVID-19 response. 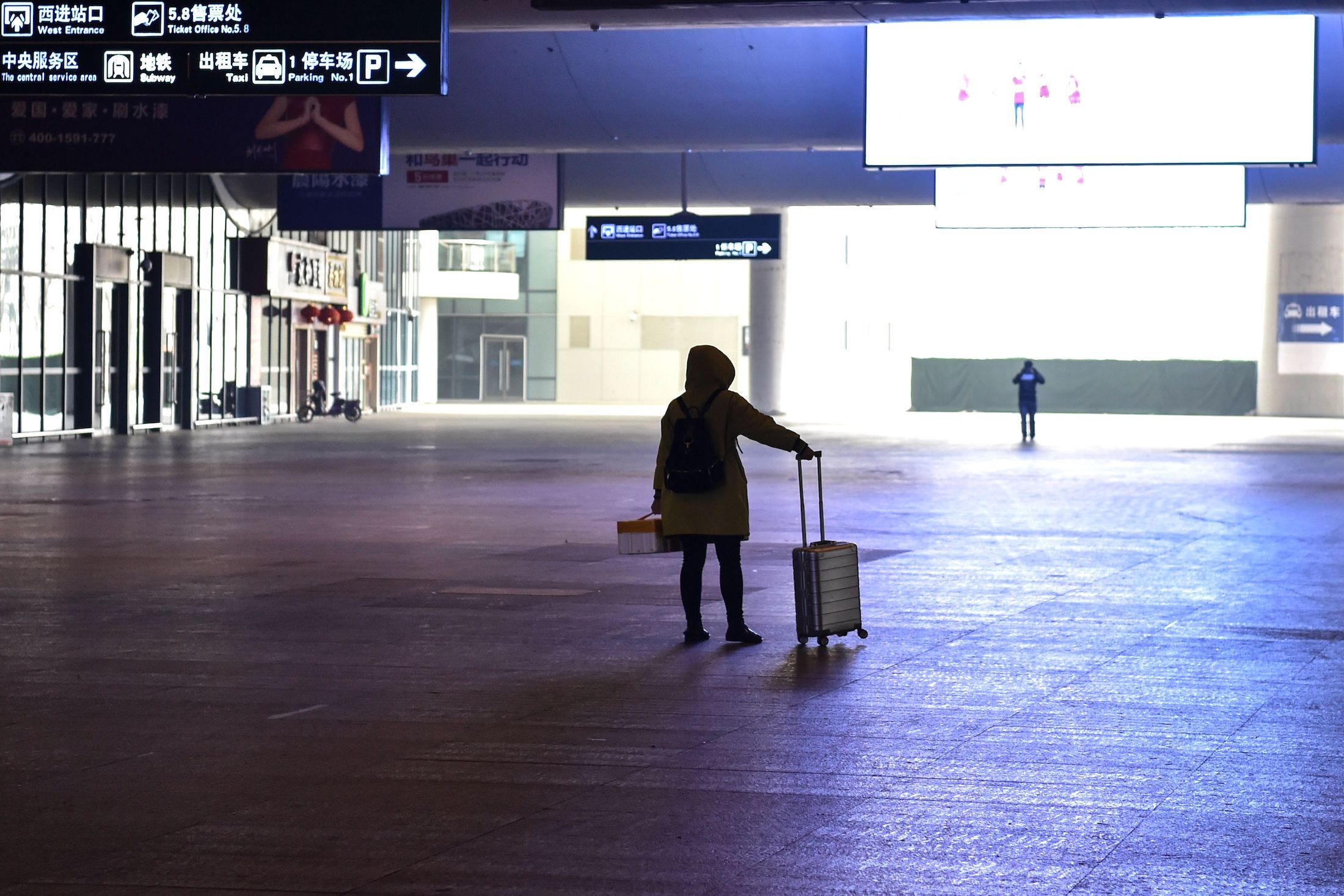 Cordoning off sick people from society appears to be effective, but you don’t have to put a whole country on lockdown to do it

Aylward said the Chinese took a “tailored” approach to their response to the outbreak.

In the normally bustling New York-sized city of Wuhan, which has been under a strict quarantine for over a month, trains often roll right through the stations with the blinds down, he said.

The approach in other Chinese cities is different depending on how many people are sick.

“A lot of people say you can’t do this at scale because you will exhaust your response,” he said. “But the Chinese pragmatically said ‘not if you tailor this properly.'”

Other health and legal experts, however, have concerns that draconian and drawn-out quarantine measures may be unethical and inhumane.

“It’s a ghost town,” Aylward said of Wuhan. “But behind every window and every skyscraper, there are people cooperating with this response.”

The same is true of the medical teams dispatched to help in the outbreak. More than 3,000 of those workers have gotten sick in the line of duty so far, though.

Aylward said one of these medical teams travelled on his train as it arrived in Wuhan.

“They had these little jackets on and a flag,” he said. “It was a medical team coming in from Guangdong to be part of the 40,000 healthcare workers from other parts of China that have come in, many of whom volunteered to go into Wuhan and help with the response.”

It’s not only medical workers who are chipping in, Aylward said. Many people, including Chinese forestry workers and toll-booth attendants, are doing their jobs differently now to respond to the outbreak, which began in December and is still sickening tens of thousands of people.


Prepping “hundreds” of hospital beds and ventilators and enlisting thousands of public-health workers are some of the most crucial “really practical things you can do to be ready,” Aylward said.

In China, makeshift sick bays in stadiums have been built in mere days during the outbreak, and Aylward said some hospitals were erecting new walls around entire wards to keep COVID-19 patients in isolation.

“We’re going to find every case,” he said. “We’re going to go after every contact. We are going to make sure that we can isolate them and keep these people alive so they survive the case. This is the way we’ve got to be thinking. It takes a real shift in mindset.”

Use ‘massive amounts of data’ to track the outbreak’s spread

China has harnessed data in its attempt to trace every case of COVID-19, Aylward said.

“Remember, you don’t have to find every single one ’cause you never will,” he added. “You want to find enough to break the big chains of transmission, slow this thing down, and get a grip on it.”

The technique might sound draconian, but it is how a lot of public-health work is done. (In the US, this is often a key part of how investigators pinpoint where foodborne illnesses come from.)

In addition to tracking the spread of the virus, technology also helped move entire workflows online, Aylward said, like prescription refills. This eased strain on the country’s medical system, even as many elective surgeries have gone undone in hospitals burdened with COVID-19.

Evolve with the science

Aylward said national guidelines on how to take care of severely sick patients had changed “six times by six weeks” in China as scientists learned more about how the disease works.

Wash your hands. Tell your friends to wash their hands too.

This is still one of the most effective preventive measures against the novel coronavirus. Avoid touching your face, and keep your hands as clean as possible.

Because of all these different measures, Aylward said he was stunned to see the number of cases decreasing in China. But this does not mean the outbreak is coming to an end. Even in China, it’s hard to predict where the virus may head next.

“What was a rapidly escalating outbreak has plateaued and then come down faster than one would have expected,” he said. “You know, if I had COVID-19, I’d want to be treated in China.”