What prison food in the US really looks like, and why some inmates refuse to eat it 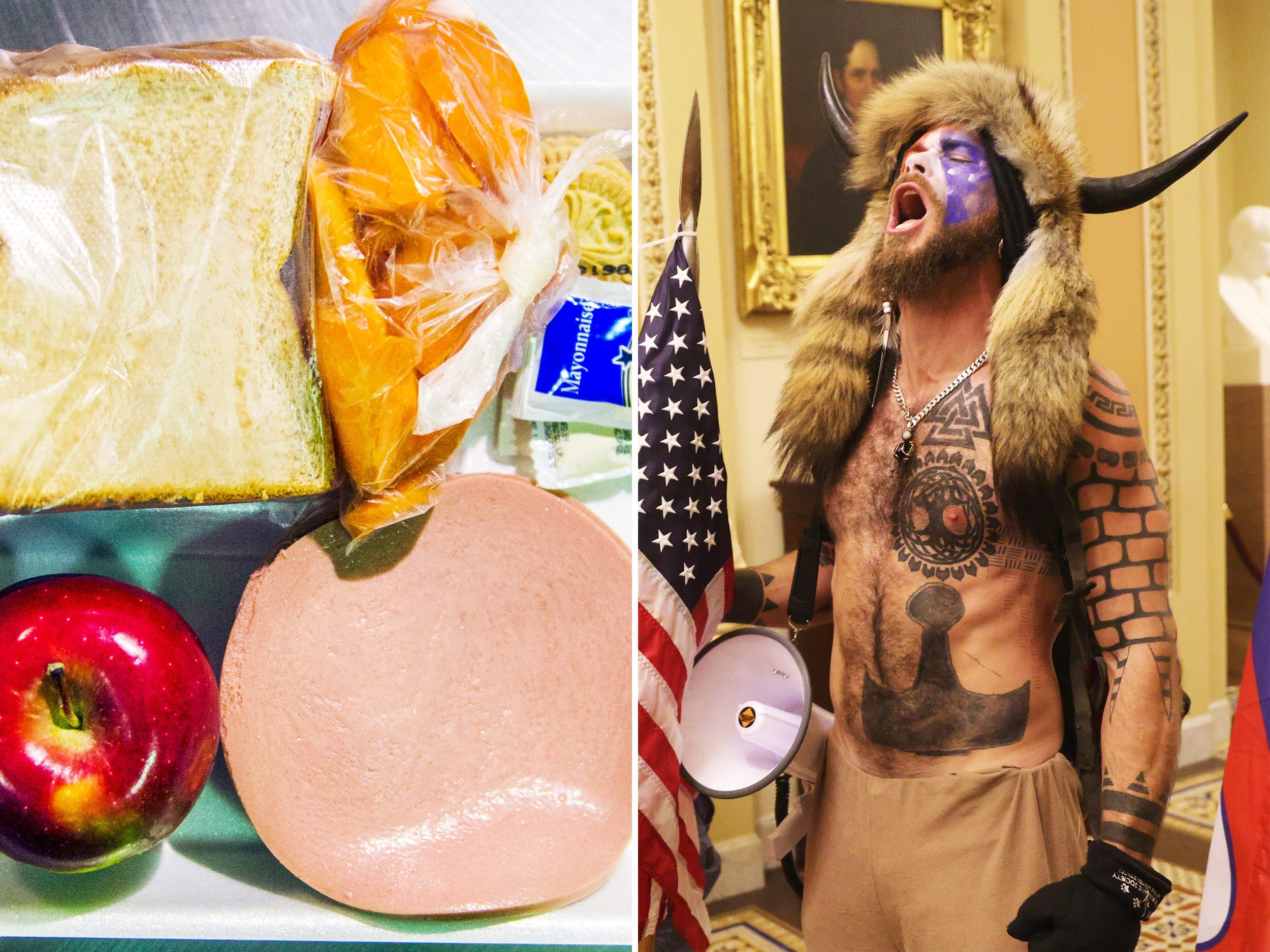 Jeff Gritchen/Digital First Media/Orange County Register via Getty Images, Win McNamee/ Getty ImagesJake Angeli is a far-right Arizona conspiracy theorist known as the ‘Q Shaman, and he only eats organic food, according to his mother.

Jake Angeli, a far-right Arizona conspiracy theorist known as the ‘Q Shaman, is in federal custody after storming the Capitol on January 6, and his mum says he needs organic food.

Angeli was charged with disorderly conduct, violent entry, and illegally being in the Capitol, the Department of Justice announced on January 9.

Angeli refused the food provided to him in detention because of his “extremely restrictive diet.”

“He gets very sick if he doesn’t eat organic food,” his mother, Martha Chansley, said. “He needs to eat.”

Angeli will receive food “in line with a shaman’s strict organic diet,” David Gonzales, US Marshal for the District of Arizona,told ABC15.

It’s unlikely, however, that the majority of US prisoners eat as well. Correctional facilities tend to emphasise saving money on food, and organic food is expensive. So inmates probably aren’t served too many organic meals.

In fact, meals are notoriously awful in US jails and prisons.

Since the US has local, state, and federally-run jails and prisons, an inmate’s plate varies depending on where they are in the country, 9 News reported. 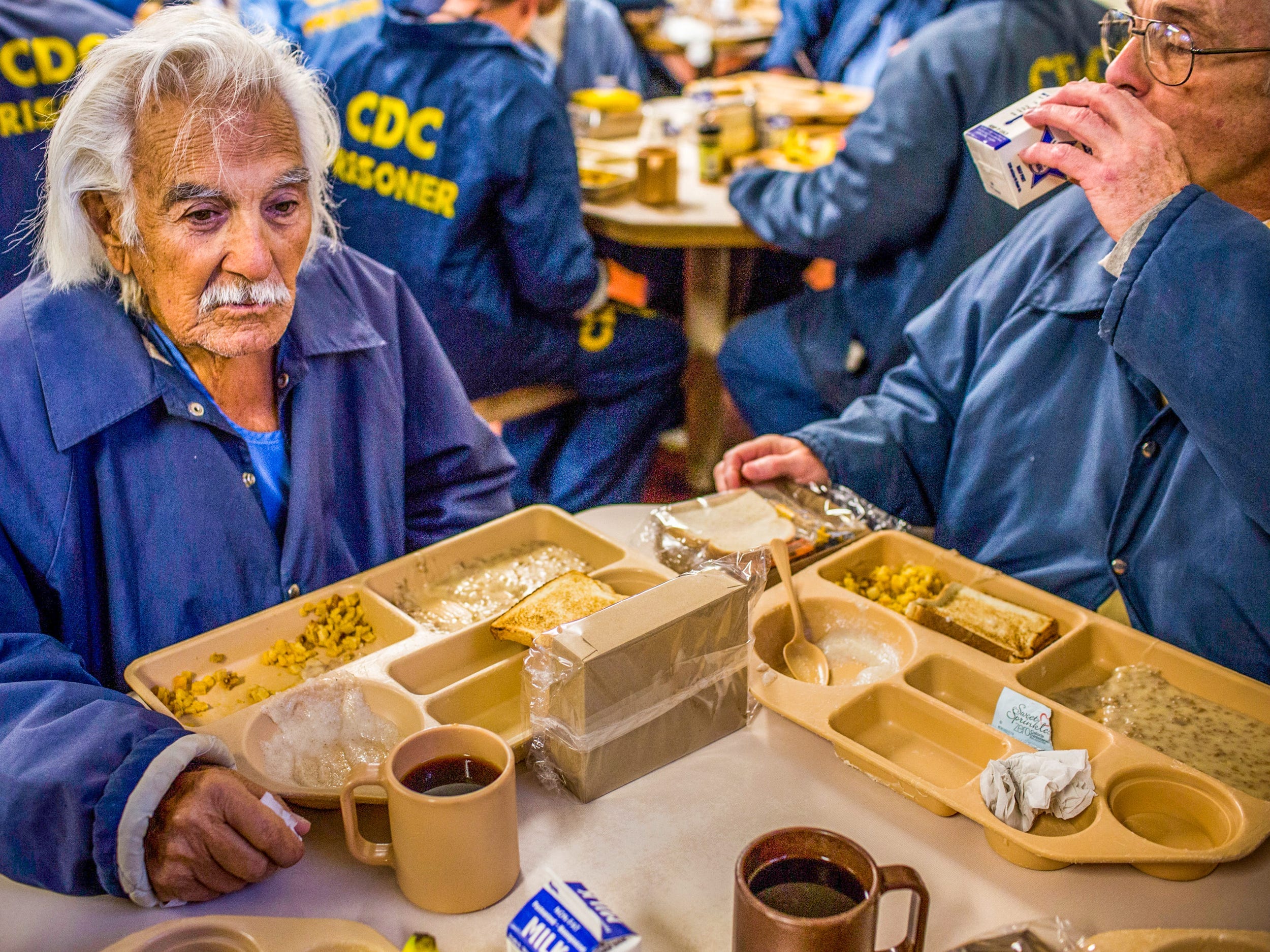 Cereal, fruit, bread, and sugar packets were on the breakfast menu for US inmates in 2020, according to the Federal Bureau of Prisons. 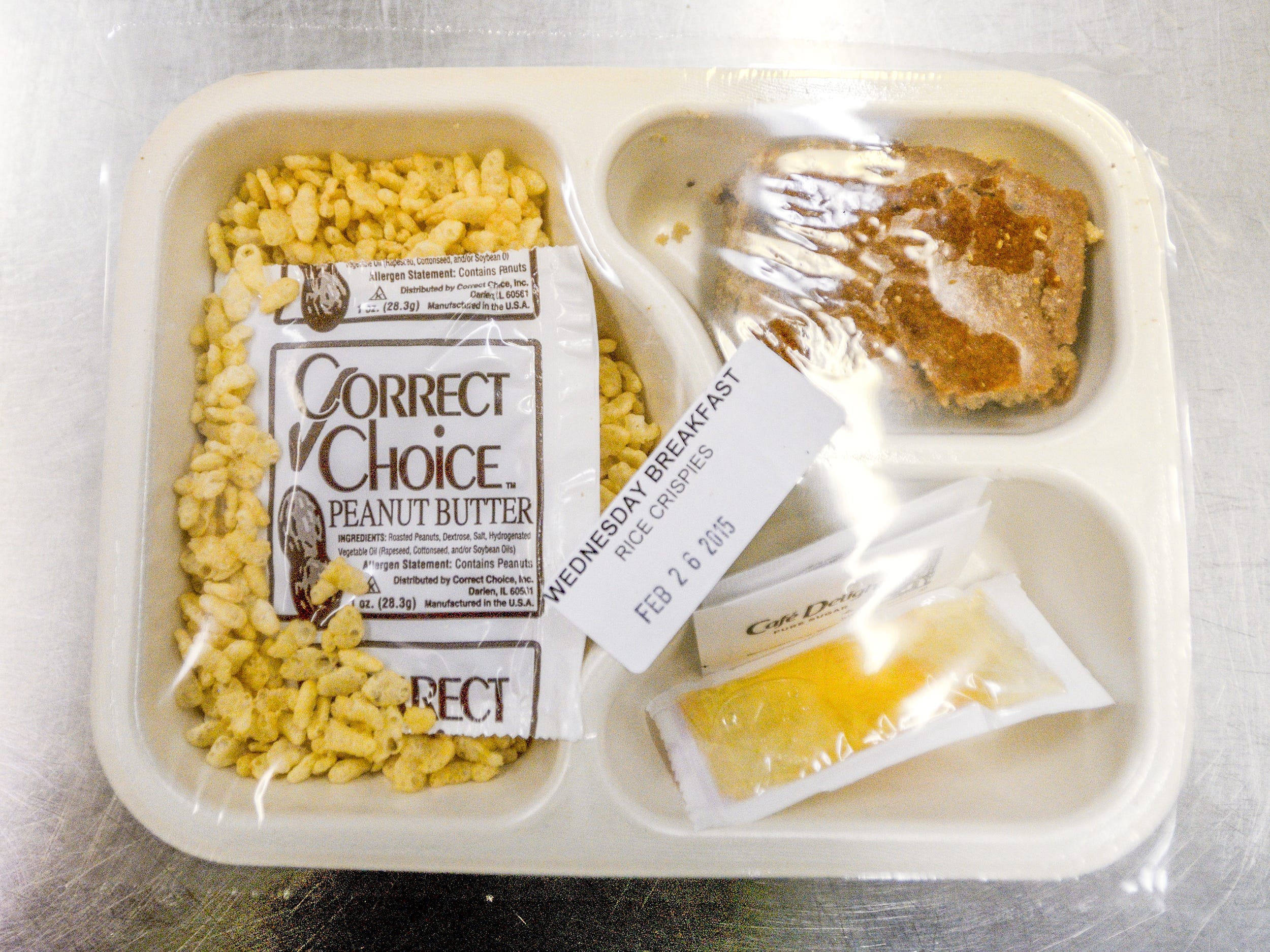 For lunch in US prisons, bread, a fruit, a vegetable, and some kind of protein, like beans, are standard. 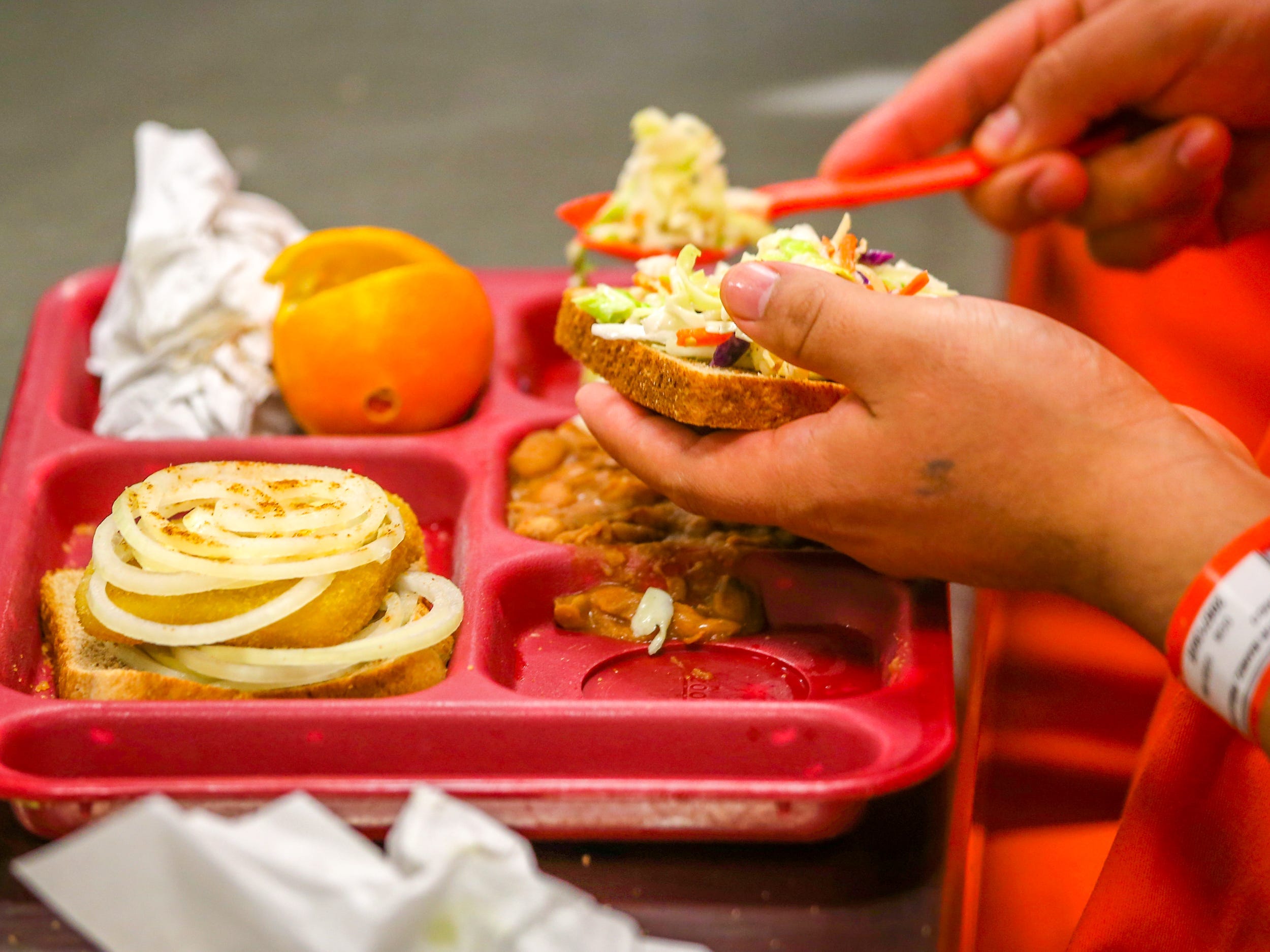 Some US prisons spend less than $US1 on each inmate’s meal, the Marshall Project, a nonprofit publication that covers the US criminal justice system, reported in 2015. 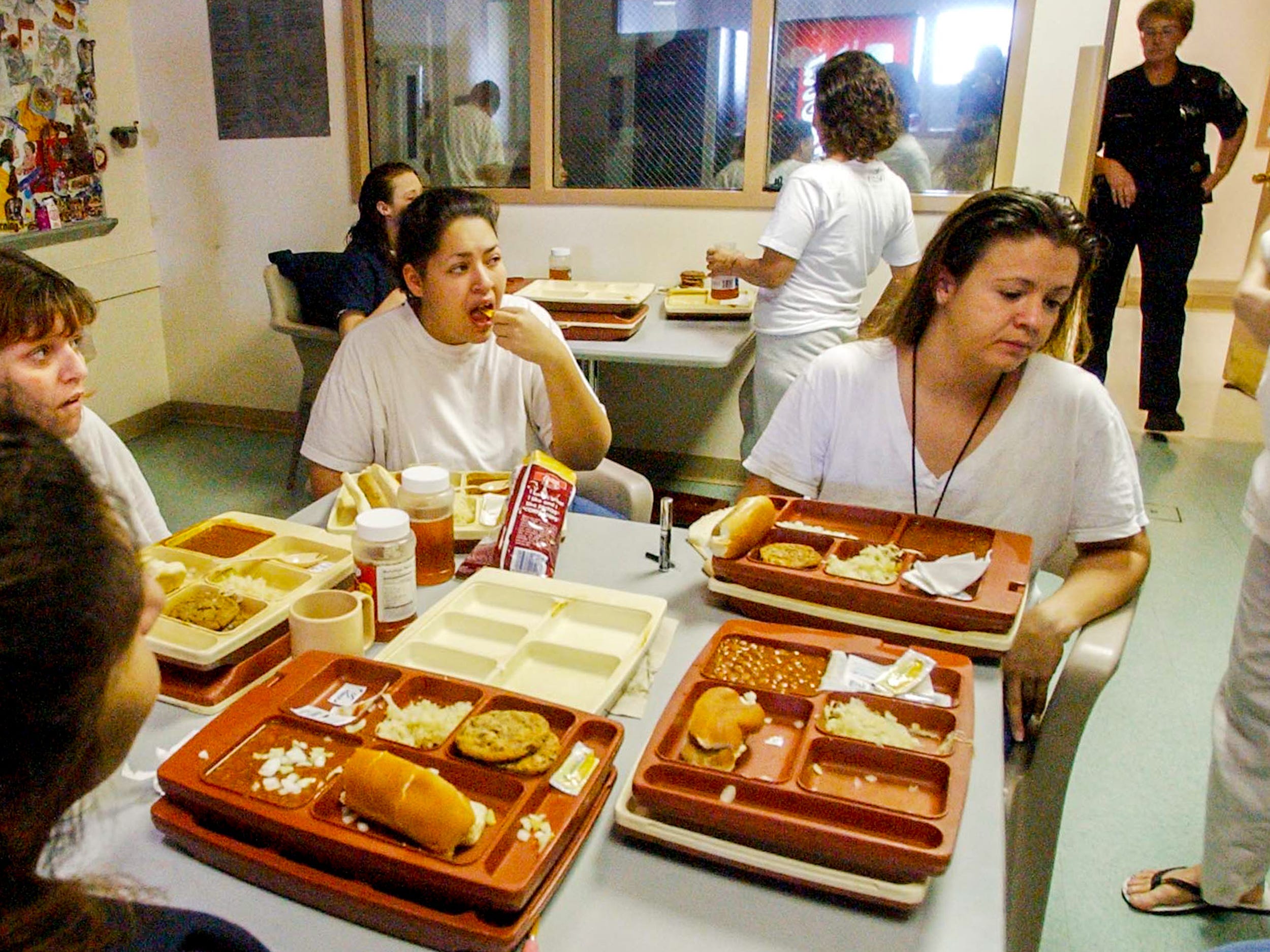 Some inmates are so repulsed by certain meals that they skip them. 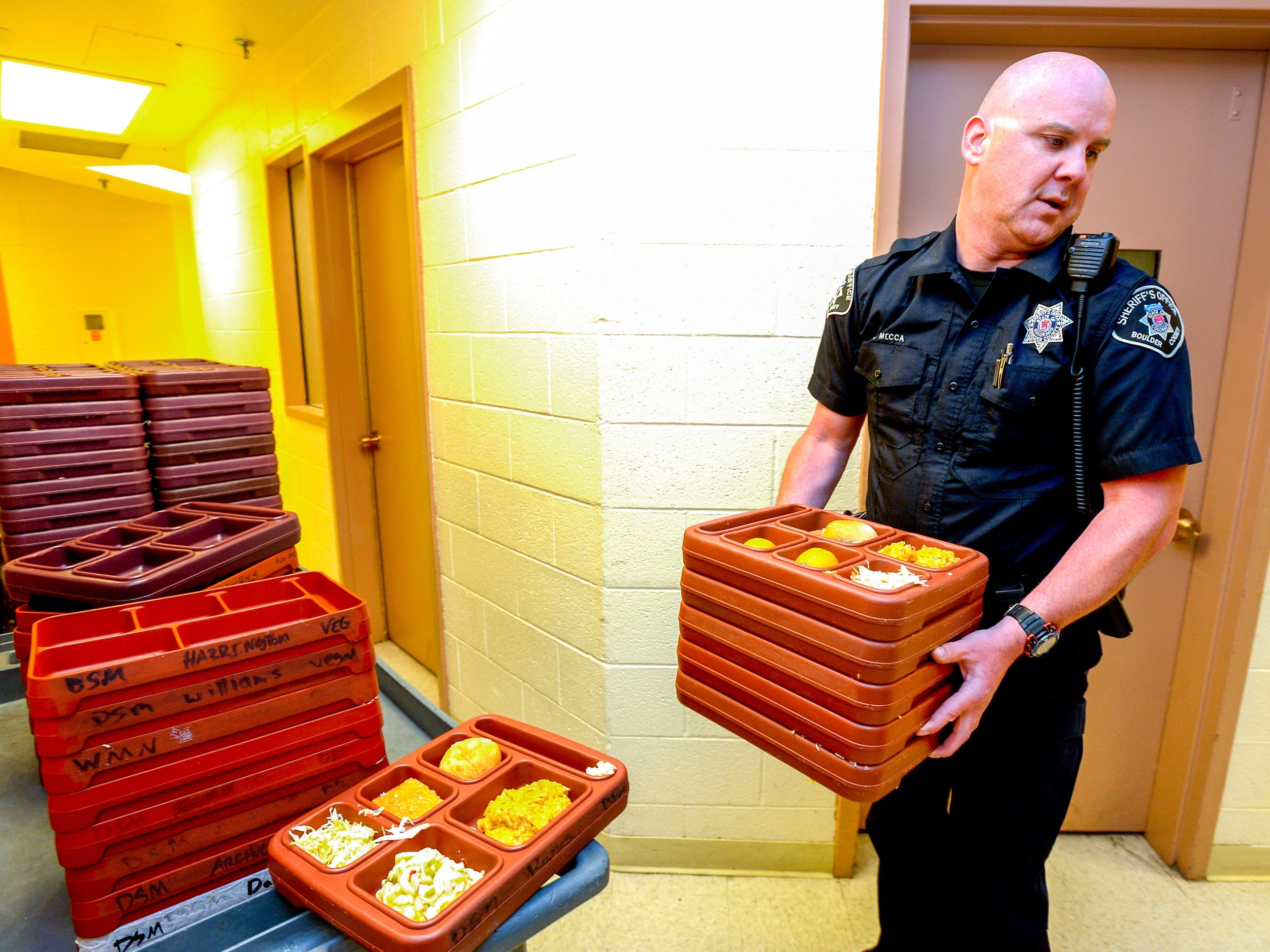 Barbara, an inmate from A&E’s documentary series “60 Days In,” previously told Insider that the beans in jail were so “inedible” that she frequently skipped dinner and didn’t eat until breakfast the next day. 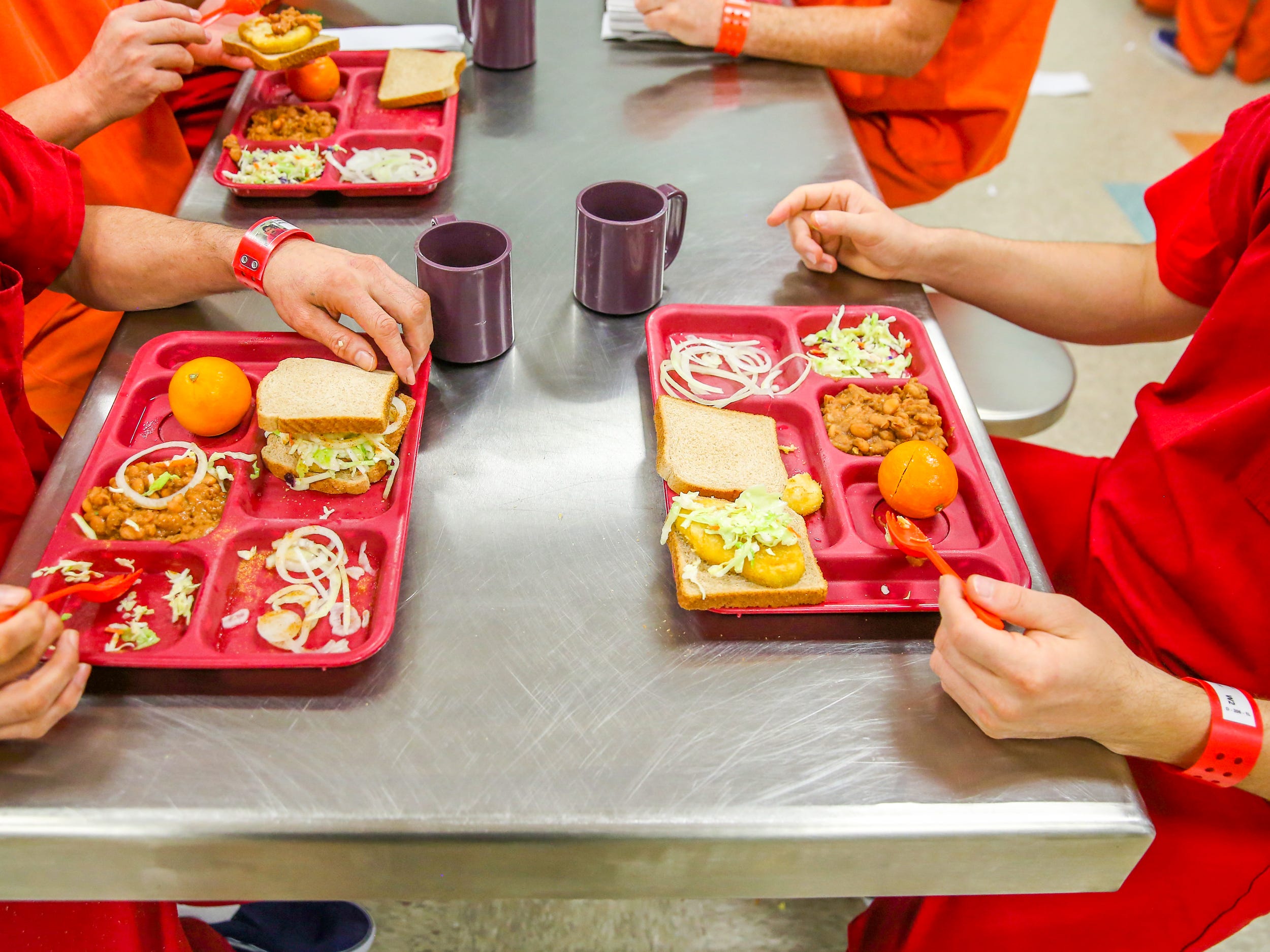 Another inmate on the show, Tami, called the prison meals “depressing.” 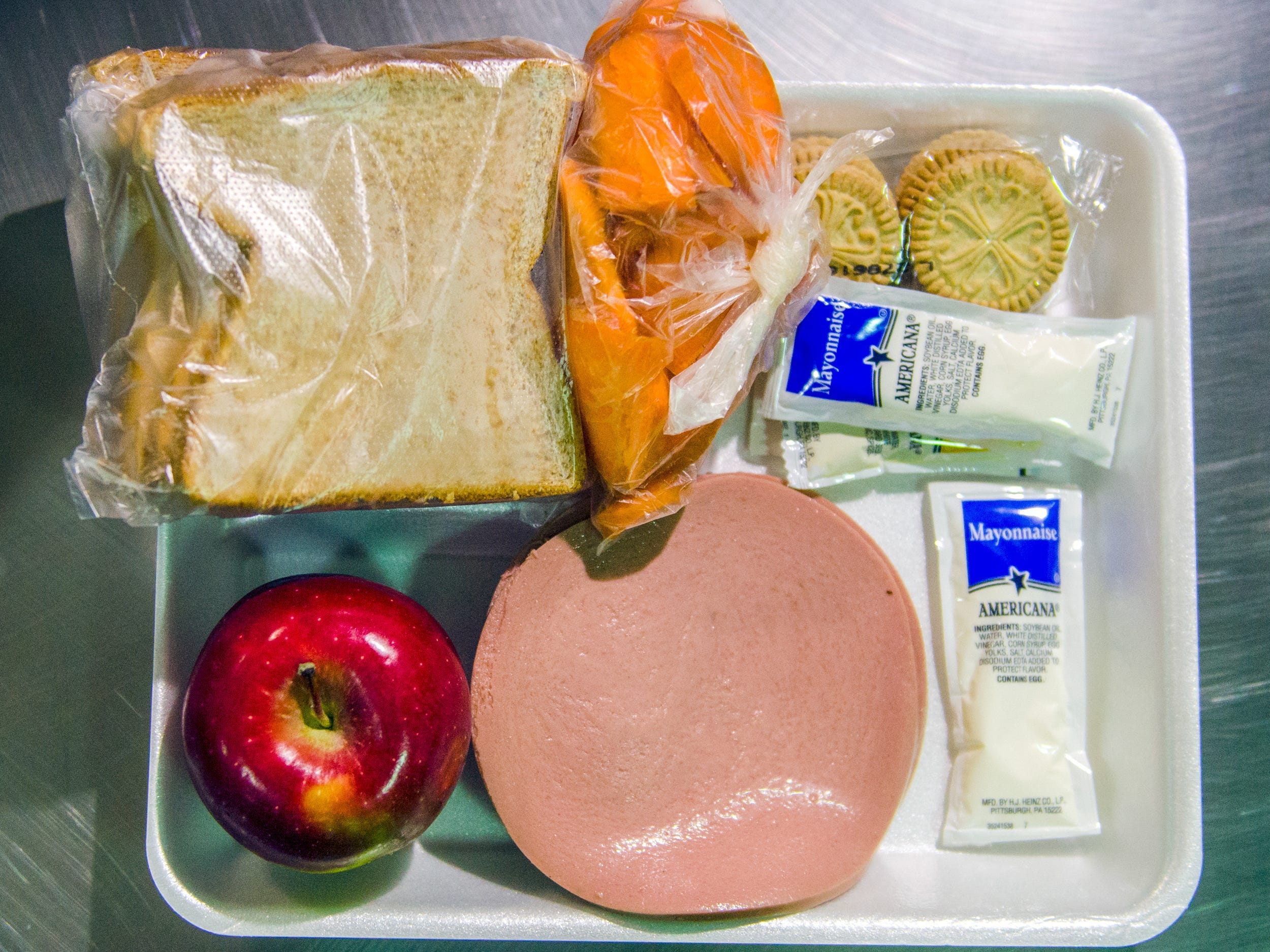 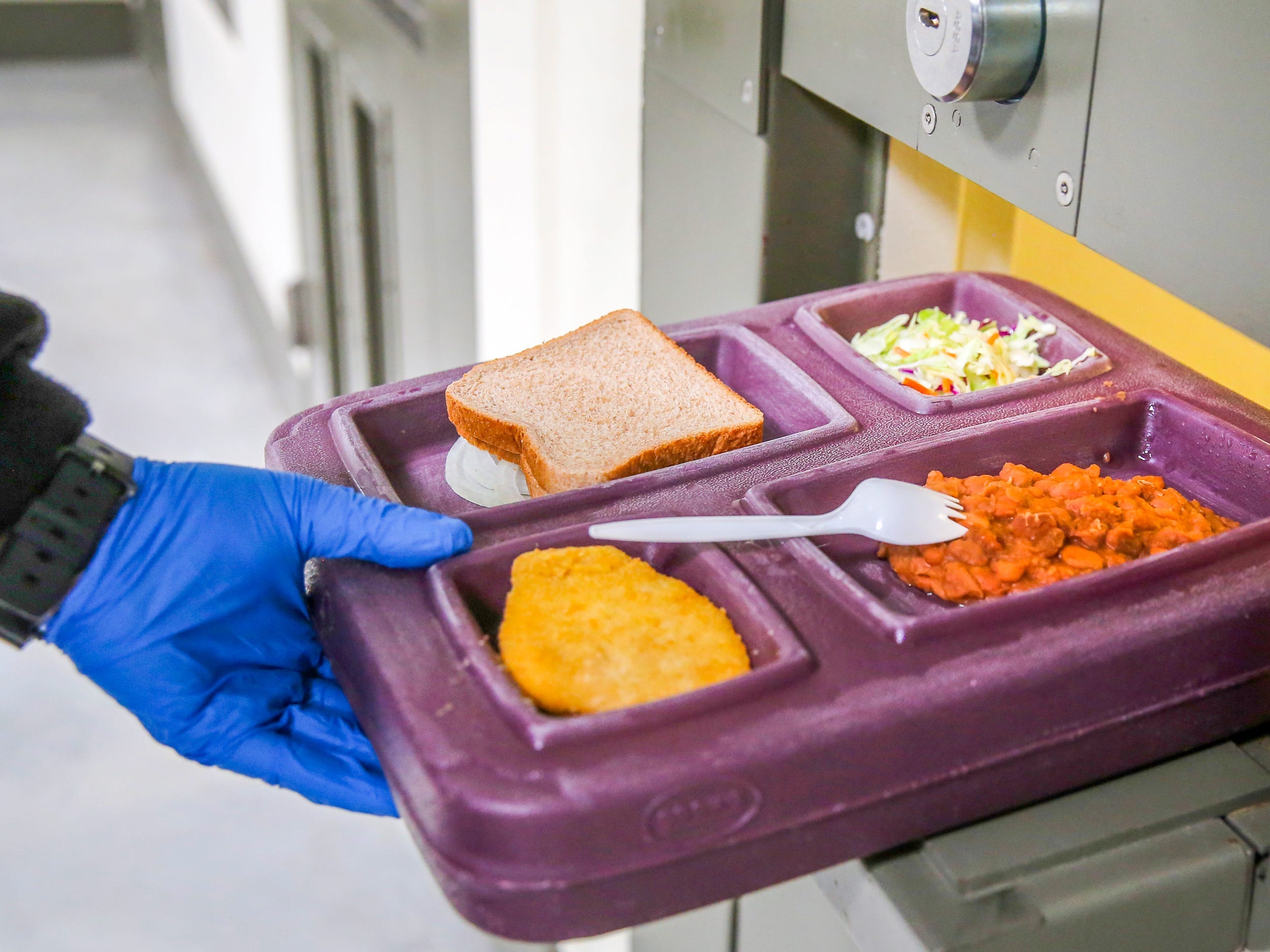 John Moore/Getty ImagesA guard serves lunch to an immigrant detainee in his ‘segregation cell’ during lunchtime at the Adelanto Detention Facility in California in 2013.

A CDC study found that between 1998 and 2014, inmates suffered from a food-related illness 6.4 times more than the general population. 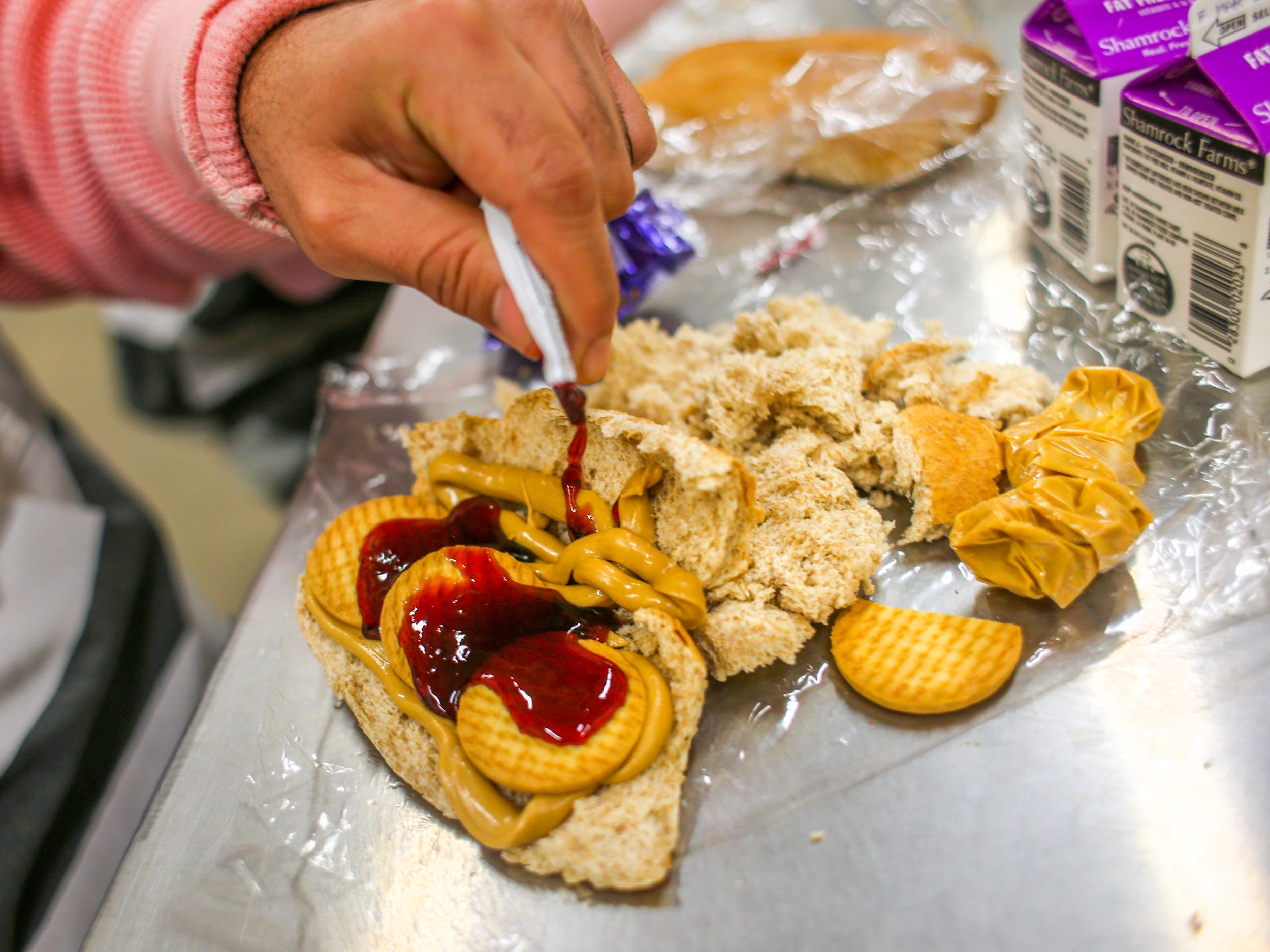 The nutraloaf is a punishment meal given to some US inmates because it’s so disgusting. 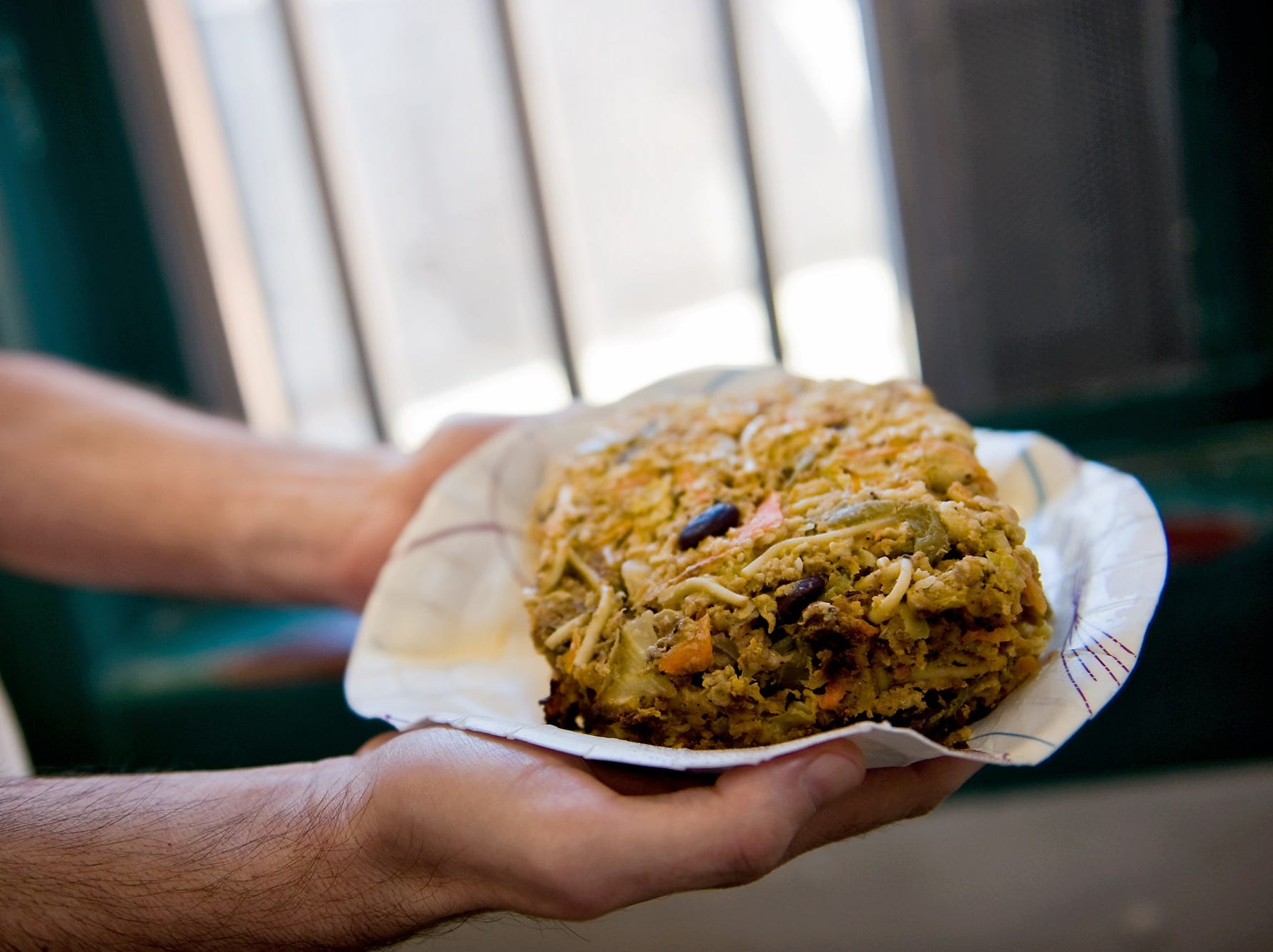 The brick-like meal is typically made from tomato paste, potato flakes, and beans, BusinessInsider previously reported.

While it has been banned in a handful of states, WUFT and Fox12 Oregon have reported as recently as 2017 that the horrible food is still being served in some states, like Florida and Oregon.

Inmates at some US prisons have gone on hunger strikes to protest horrid conditions including the terrible food. 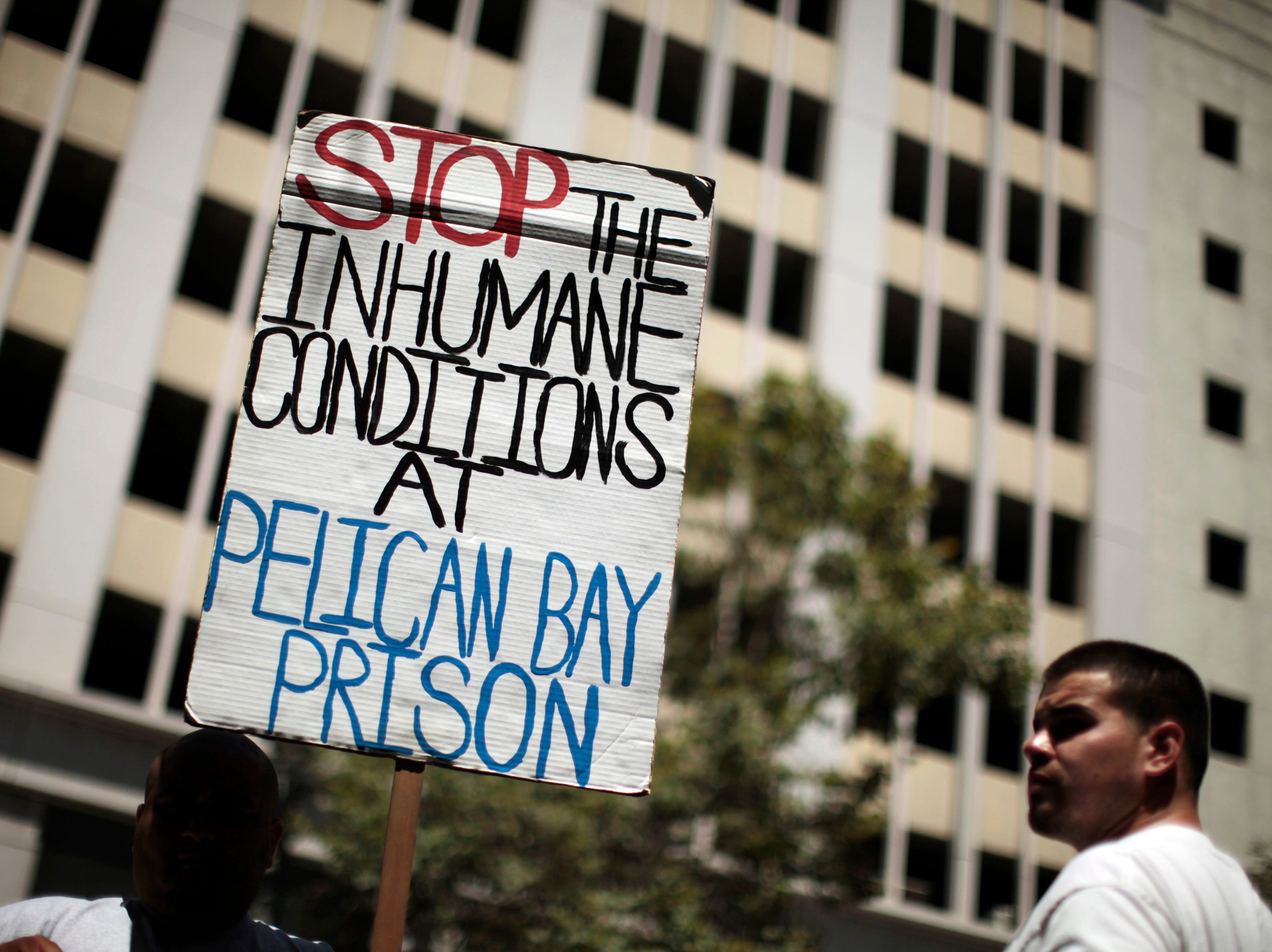 REUTERS/Lucy NicholsonJose Flores and Eddie Ramirez attend a rally in Los Angeles in support of California inmates who spent weeks on a hunger strike to protest prison conditions in 2011. 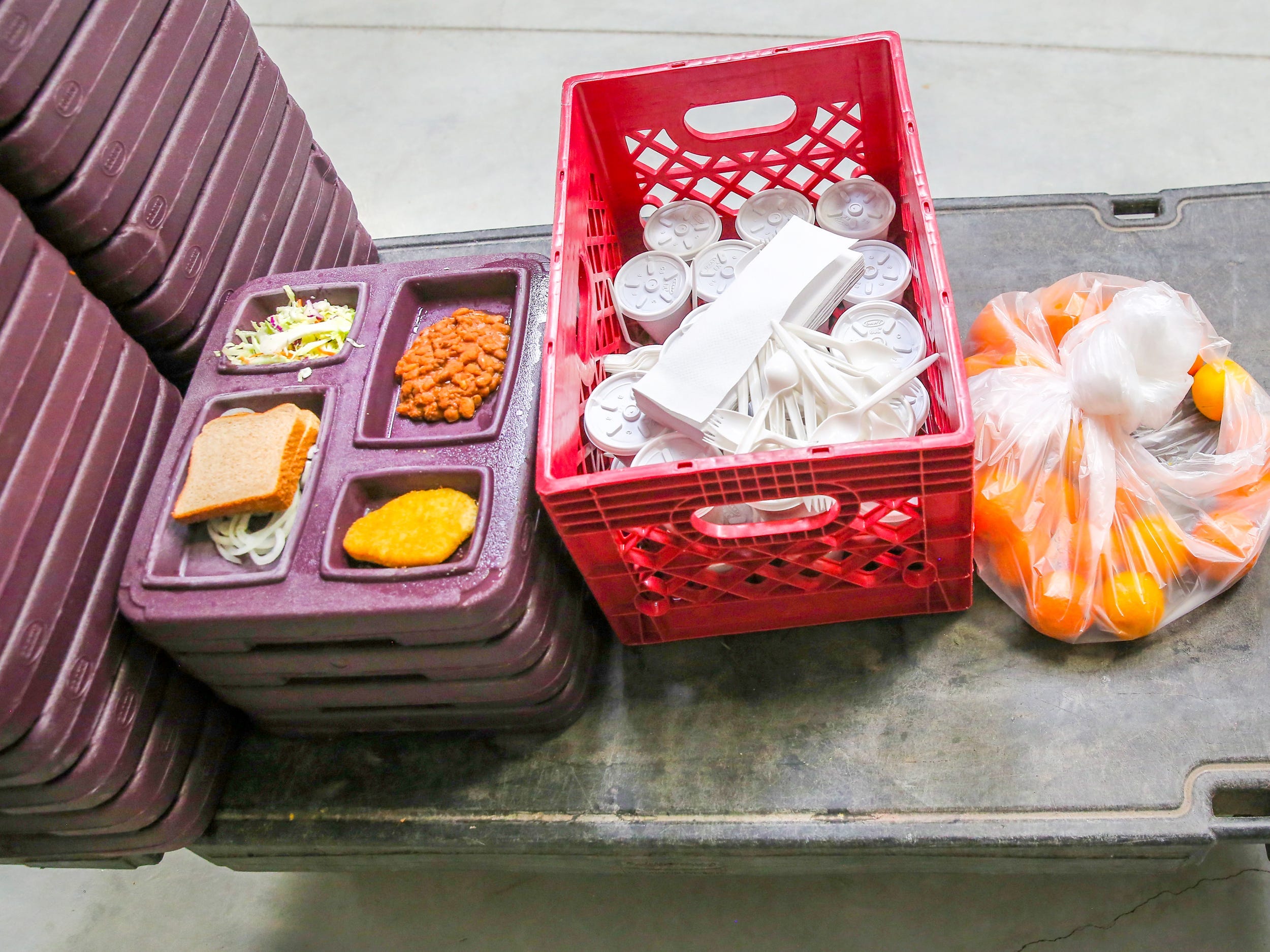 John Moore/Getty ImagesLunch waits to be served to immigrant detainees in their ‘segregation cells’ at the Adelanto Detention Facility in Adelanto, California, in 2013.

… other countries have it much better. 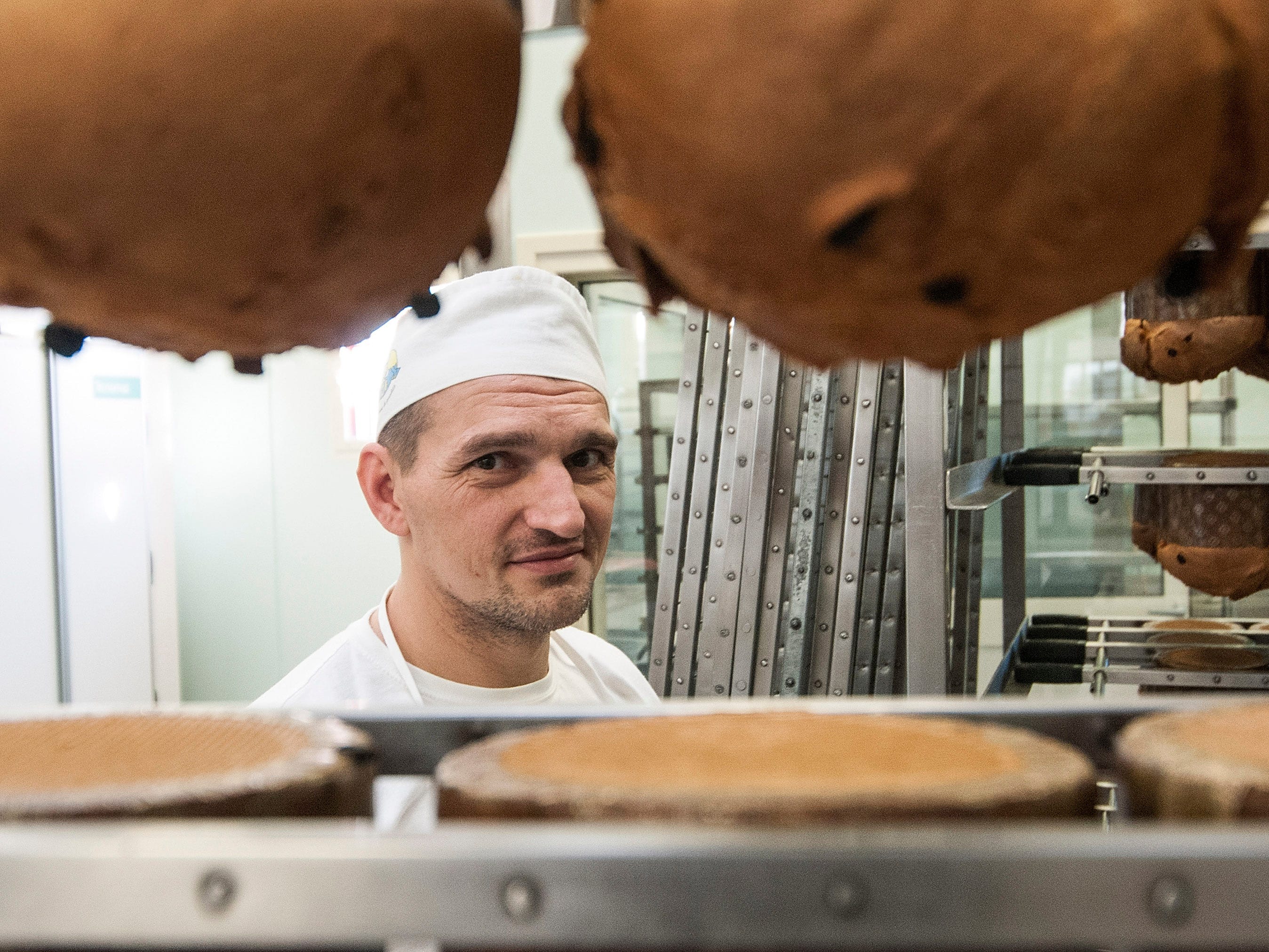 Awakening/Getty ImagesA prisoner looks on in the bakery in 2015 in Padova, Italy.

One prison in Italy has a bakery inside of it where inmates make desserts like Panettone — a traditional Italian Christmas cake, Reuters reported in 2014. 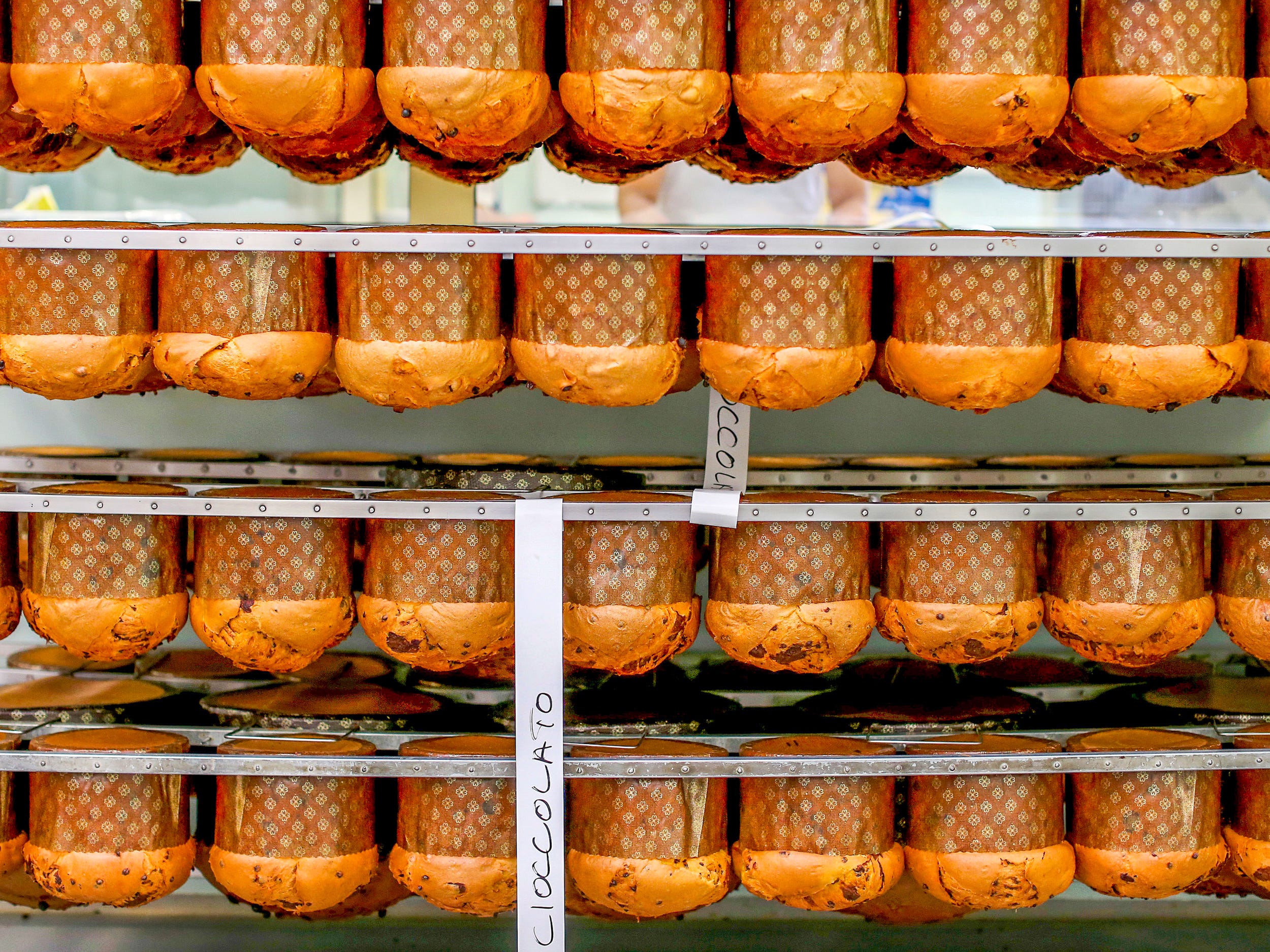 REUTERS/Alessandro BianchiPanettone cakes are seen on a rack at the Pasticceria Giotto in Padua’s Due Palazzi prison in 2014.

A 2015 New York Times opinion piece reported that inmates in Germany had access to kitchens and were able to purchase fresh food with wages from vocational programs. 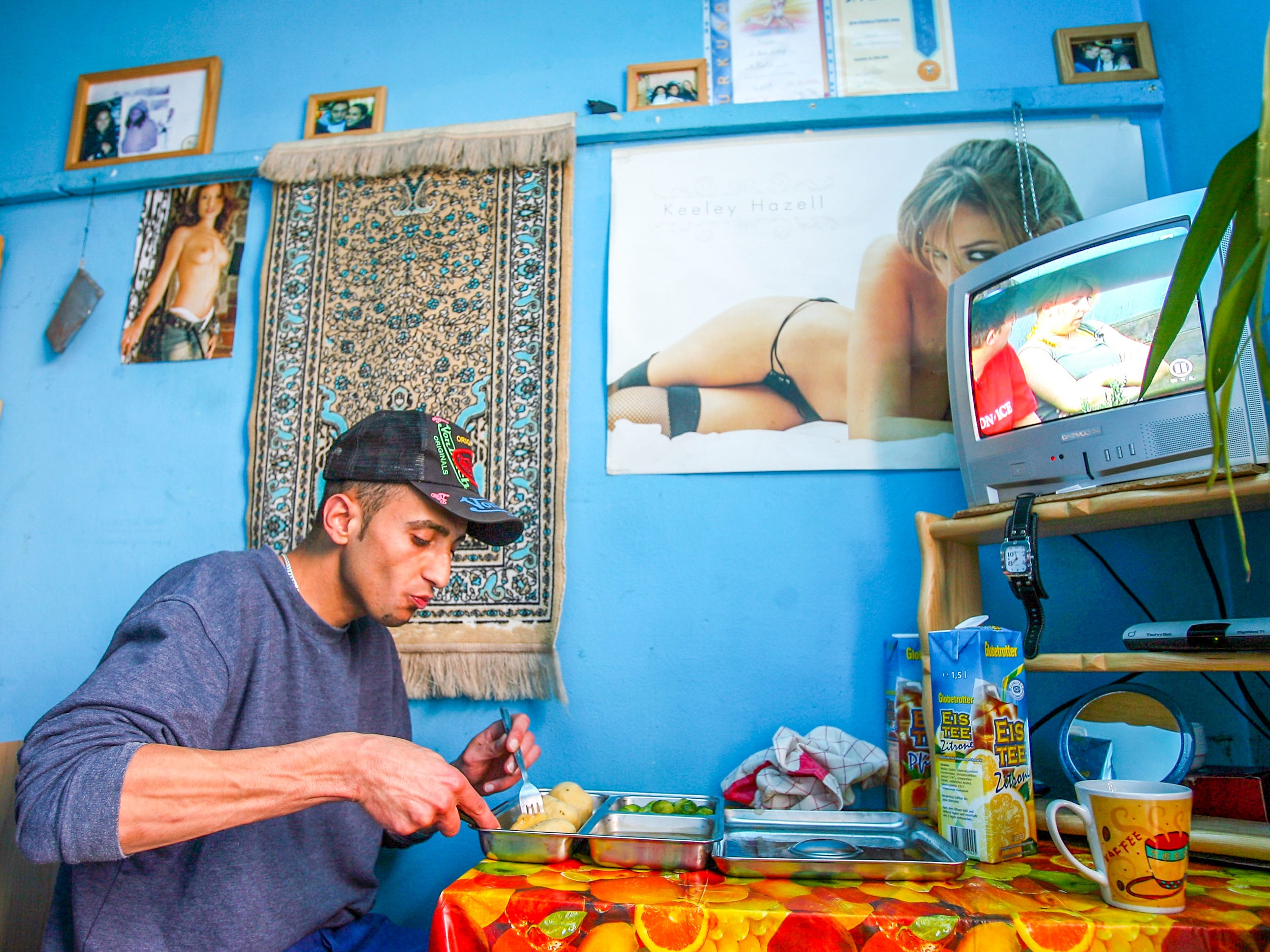 Christof Koepsel/Getty ImagesPrisoner Atif eats his lunch in his prison cell at the Iserlohn prison in Germany in 2008.

In “Incarceration Nations: A Journey to Justice in Prisons Around the World,” Baz Dreisinger reports that a prison in Norway has its own nature reserve that grows 25% of the prison’s food. 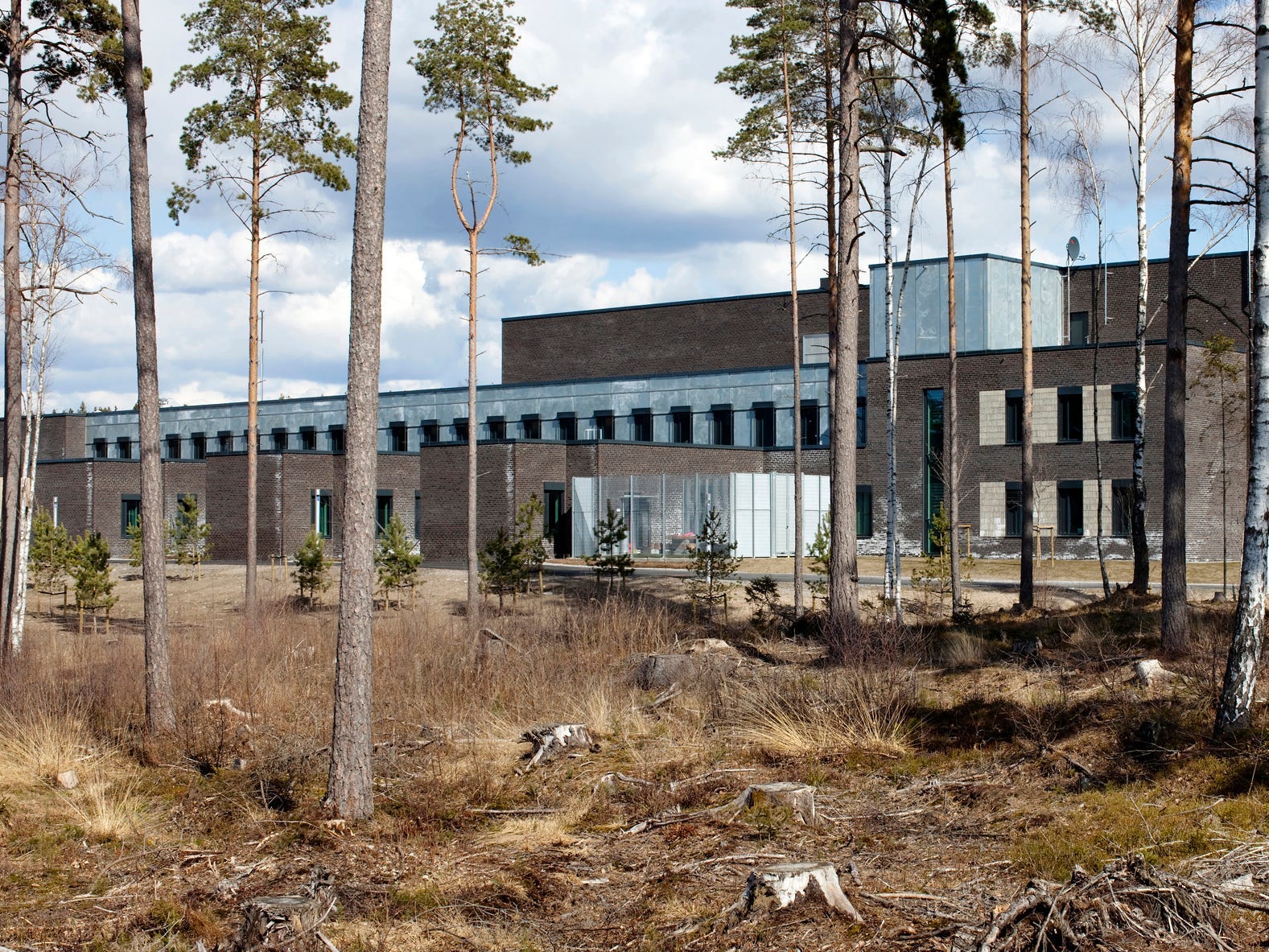 REUTERS/Trond A. IsaksenA general view of Halden prison in the far southeast of Norway is seen in this picture taken in 2010.

We don’t know what Angeli’s organic meals in detention look like, but we doubt he’s eating Nutraloaves. 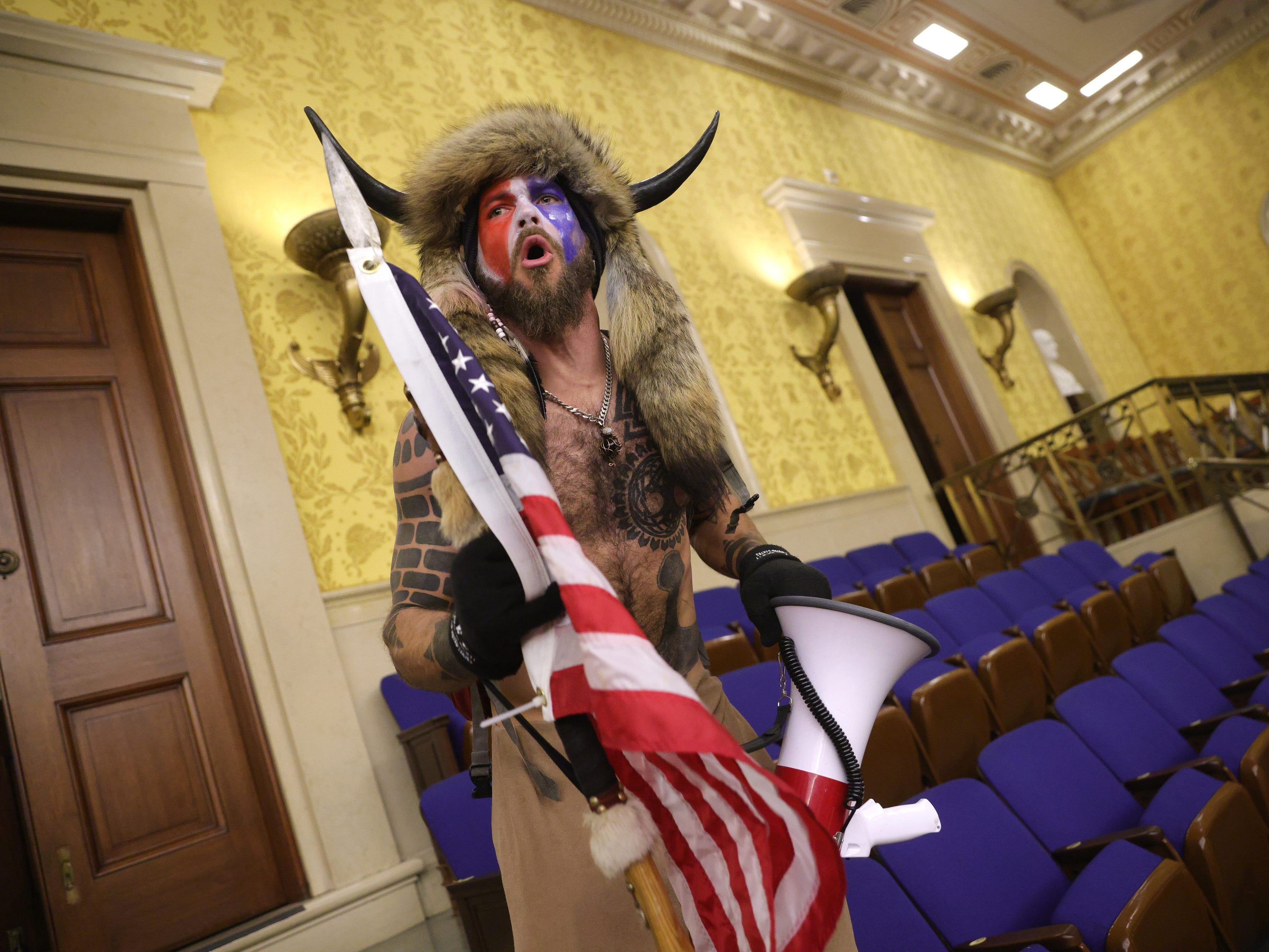 Win McNamee/ Staff/ Getty ImagesJake Angeli was detained after joining hundreds of others to storm the Capitol on January 6, 2020.