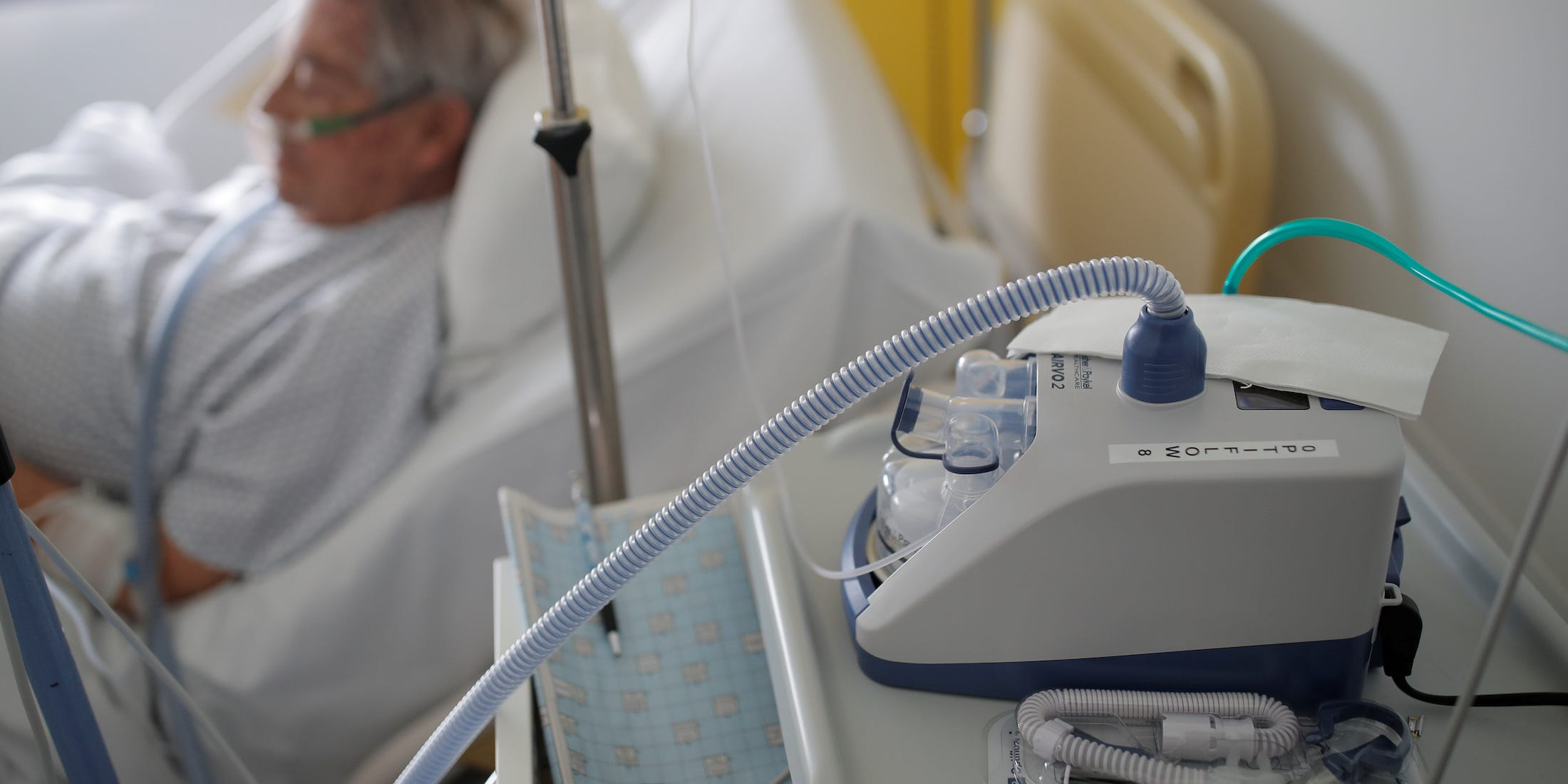 Stephane Mahe/ReutersA coronavirus patient is treated with a ventilator in Vannes, France, March 20, 2020.

Most people infected with the coronavirus recover on their own after a few weeks. But some develop a severe respiratory infection that could land them in the intensive care unit on an invasive ventilator.

Brian Boer, a pulmonologist at the University of Nebraska Medical Centre, treated some of the first Americans infected with the coronavirus after they were evacuated from the Diamond Princess cruise ship in February.

He told Insider doctors are trained to have frank conversations with ICU patients and their families about their options. The ventilator is always a last resort.

“What we say ahead of time is, ‘We’re going to try to get you through this without a ventilator. But if it looks like you are going to potentially die without one, would you want to go on a breathing machine? We don’t know whether you’ll be a person who makes it through with the machine or one who doesn’t,'” Boer said.

The novel coronavirus can start with a dry cough and trickle down to the lower respiratory tract, where it can damage the lung’s air sacs, or alveoli, and constrict the flow of oxygen into the bloodstream. That damage causes the alveoli to fill with fluid, stiffening the lungs and leading to shortness of breath.

“You don’t have nice air in contact with your capillary network and blood vessels, you can’t get oxygen in and carbon dioxide out as effectively as normal,” Boer said. “It’s almost like you’re drowning. You have a lung half full of fluid.”

In that situation, doctors will try a number of other treatments first.

The least invasive is a nasal cannula, essentially a tube with prongs placed on the nostrils. It provides a steady, heated flow of oxygen at 70 litres per minute. Other options include a BiPap machine, which pumps pressurised oxygen through a mask that just covers the nose and mouth. 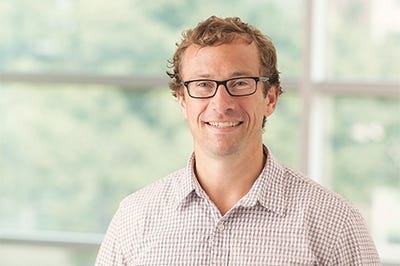 “If we can’t maintain stable vital signs with you breathing on your own power, or if we see a trend where you go from being able to breathe on your own to requiring escalating amounts of oxygen, that’s when we make the decision… to let the machine do the work,” Boer said.

Other symptoms, including clots in the kidneys and injuries to blood vessels, can worsen the patient’s overall condition. “It’s not just acute respiratory distress syndrome,” he said. “There’s a whole body [full of] inflammatory stuff going on.”

The condition of someone with COVID-19, the disease caused by the coronavirus, can worsen five to 10 days after symptoms appear. But the time between ICU admittance and intubation, Boer said, often depends on the patient’s baseline health and how long they waited before going to the hospital.

There are reports of patients crashing in a matter of hours but, Boer said, usually symptoms escalate over a day or two. “The bottom line is they are getting such a bad inflammatory response in their lungs [that] their lungs are too filled with fluid and they need help.”

Some people have the wrong impression of what ventilators do, he added.

“The ventilator is not fixing your lungs. You’re buying time. Your body needs time to recover and heal.”

How the intubation process works

At the Nebraska Medical Centre, there are typically three people in the room with the patient – an anesthesiologist or intensivist who performs the intubation, a respiratory therapist, and a bedside nurse to manage medications.

Patients can gag during intubation and spray the coronavirus, so staff wear the maximum amount of personal protective equipment – including face masks, shields, gloves, and gowns – to limit exposure. 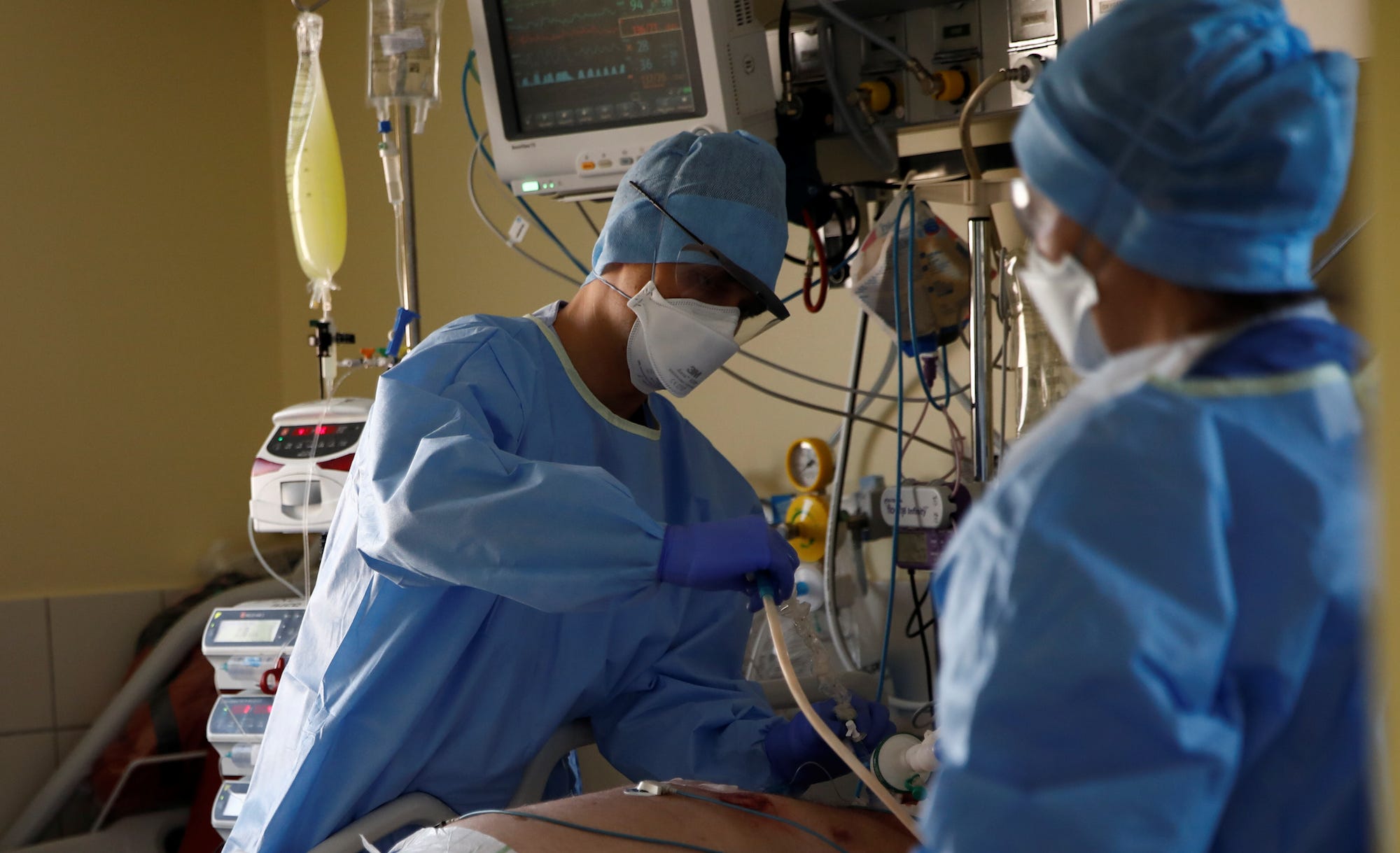 A member of the team will first administer a combination of sedatives and paralytic agents. Next, a doctor will pry the airway open wider with a speculum and slide a breathing tube down the windpipe to the lungs.

Before the ventilator is started, a small cuff around the tube is inflated to prevent particles from escaping. Once it’s on, the machine gently pumps highly oxygenated air at a steady rate, simulating the lungs’ natural flow.

Since patients can’t eat while intubated, doctors place a temporary feeding tube through the nose or mouth and insert an IV containing electrolytes and sedatives into the neck. Technicians X-ray the area to check that both lines are in the right position, and perform a bedside ultrasound to make sure heart and lung function are good.

Normal intubation can be completed in as little as 15 minutes, Boer said. But with the added effort to prevent coronavirus exposure, it can take as long as two hours.

“Doing it all safely, getting all equipment, and getting fully gowned and gloved up takes time,” he said. “Intubation itself only takes a couple minutes, once you push the medications and place the tube.”

Patients are sedated for as long as they’re on a ventilator, drifting in and out of consciousness and unable to speak. Boer said few of his patients can even remember the experience.

Attorney David Lat spent six days on a ventilator in March after being diagnosed with COVID-19. 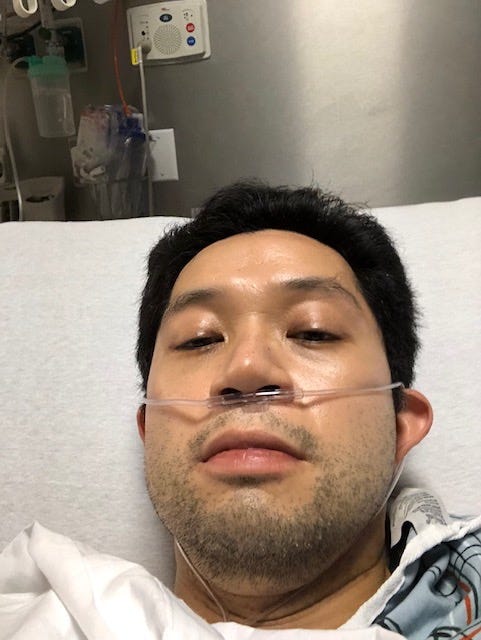 “I actually felt nothing,” Lat, founder of the legal blog Above the Law, told Insider’s Michelle Mark. “They sedate you quite heavily, so you’re essentially asleep the whole time – which is a good thing, because it wouldn’t be comfortable to have a tube down your throat.”

“That whole time is a bit hazy in my memory,” he added, “partly because they give you a lot of drugs.”

A person in respiratory distress from a stroke or influenza typically will use a ventilator for four to six days. Some patients with COVID-19 have been on one for nearly two weeks.

A move to use ventilators less frequently is growing

The machine has been the go-to solution for respiratory failure for decades, but some doctors are trying to use them less often because the required pressure can damage lung tissue.

Some experts say ventilators aren’t as effective against COVID-19 because the damage the disease inflicts is different from typical respiratory distress.

“We know that mechanical ventilation is not benign,” Dr. Eddy Fan, a critical care physician at Toronto General Hospital,told the Associated Press. “One of the most important findings in the last few decades is that medical ventilation can worsen lung injury – so we have to be careful how we use it.”

Boer said the balance “is between achieving acceptable vital signs and the potential injury to the lung in the process.”

Even under normal circumstances, the survival rates are discouraging: Up to half of patients with severe respiratory distress die on ventilators, according to the AP. A March study from the Intensive Care National Audit & Research Centre in London found that only a third of COVID-19 patients on ventilators survived.

In New York City, officials have put the fatality rate for COVID-19 patients on ventilators at 80%.

Having the end-of-life conversation: ‘I don’t sugarcoat stuff’ 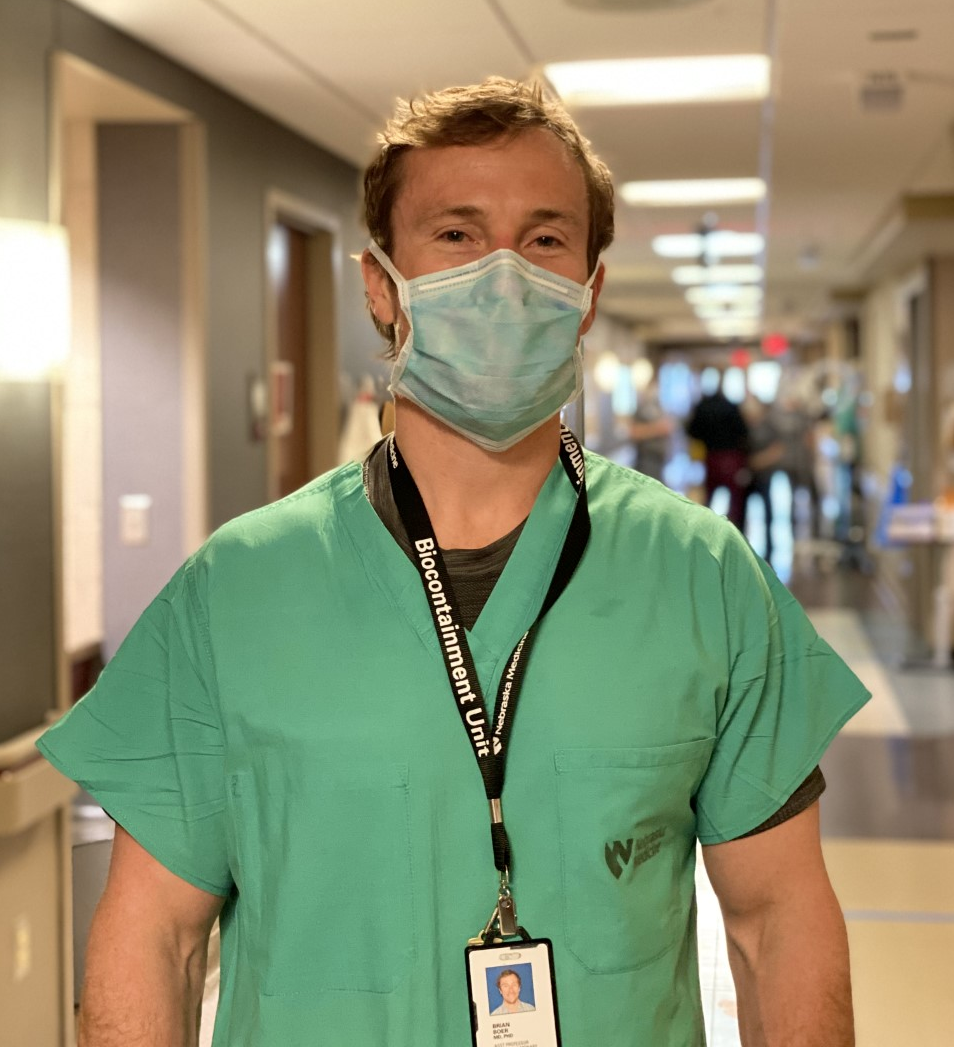 Brian Boer/UNMCBrian Boer says talking to families via iPad has been the toughest part of working in the ICU under coronavirus lockdown.

Because their patients are so ill, intensive care units already have some of the highest mortality rates in medicine.

Boer says ICU doctors always should try to be honest about the prognosis. If a patient needs an increasing amount of support from a ventilator, it’s time to begin end-of-life discussions.

“I do not sugarcoat stuff,” he said. “If it’s bad I’m going to tell you what your general chances are, if you’re getting better or getting worse, and if you’re at the point whether there isn’t a meaningful chance of recovery.”

If the machine is just prolonging the dying process, “that’s when we start talking with family members about taking the breathing tube out,” Boer said. “To let patients breathe on their own with medications, so they’re not suffering, and allow them to die peacefully.”

“That’s a tough one for people to wrap their heads around but sometimes it is the only choice,” he added.

Boer is used to having those tough conversations with family members, but they have always been in person. Because of the pandemic, visitor access is severely restricted and he’s been forced to communicate with families via an iPad.

“To me, the hardest part has been the lack of face-to-face conversations,” Boer said. “This has been very unique. It’s unprecedented.”