The key facts you need to know about Section 230, the controversial internet law that Trump hated and Biden might reform 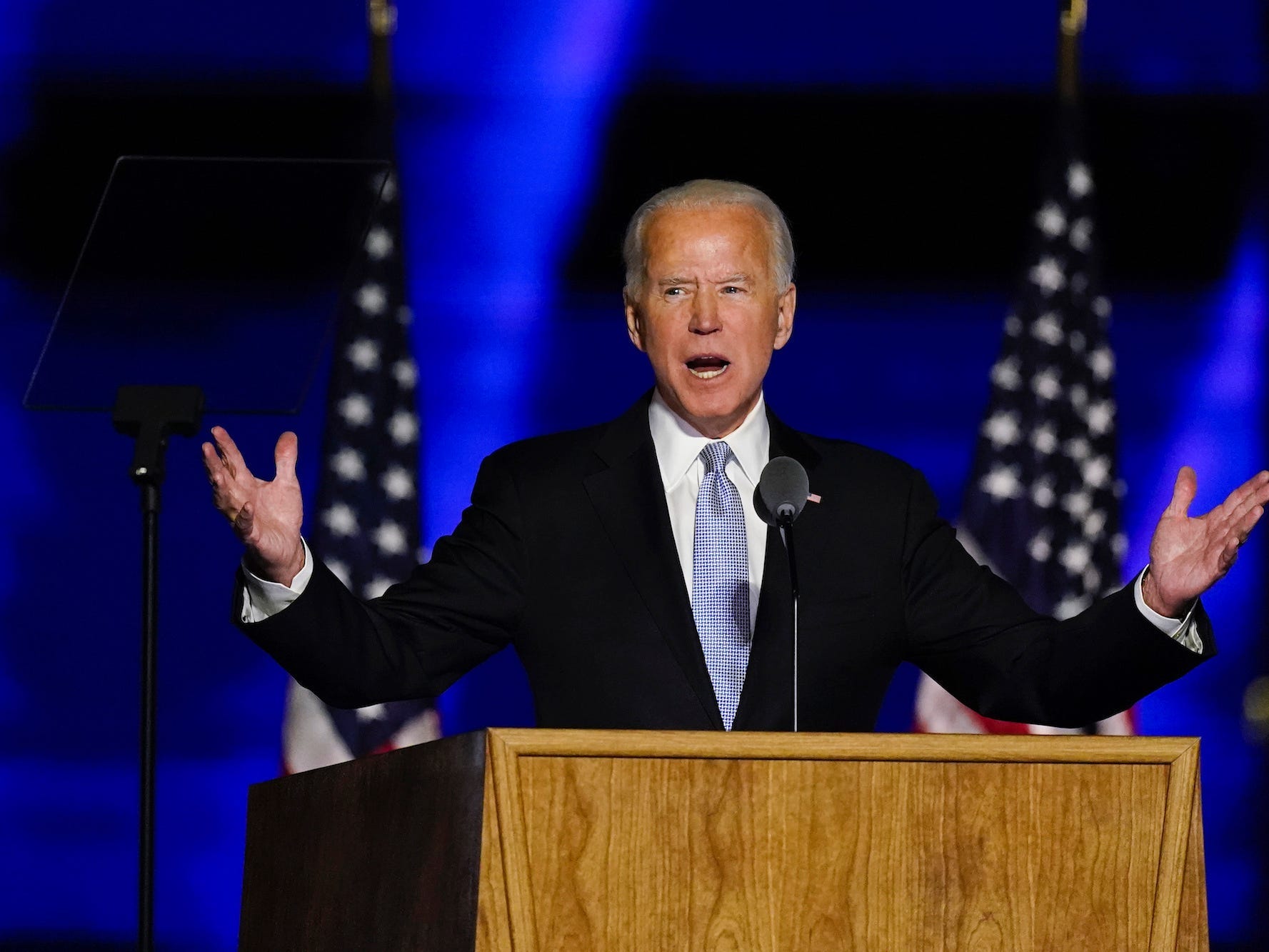 Associated Press/Andrew HarnikPresident Joe Biden has hinted that Section 230 could be revoked or reformed.

Section 230, the part of US law that shields tech companies from legal liability, is back under fire.

Reuters reported this week that Congressional Democrats have started talking to the White House about cracking down on Big Tech, potentially by making them accountable for harmful misinformation that spreads on their platforms.

Democratic representative Tom Malinowski told Reuters Section 230 has been mentioned in these discussions as a way for holding Big Tech responsible for harmful content.

Section 230 has become a contentious point in US politics and as a presidential candidate, Joe Biden also said he supported repealing the law, so it’s likely that it will continue to come under political scrutiny under his administration.

Section 230 is part of the Communications Decency Act of 1996, and its advocates have called it “the most important law protecting internet speech.”

The section, which has been described as “the 26 words that created the internet,” says “no provider or user of an interactive computer service shall be treated as the publisher or speaker of any information provided by another information content provider.”

This essentially allows sites like Twitter and Facebook to avoid being regulated as publishers, protecting them from being held liable for illegal posts (with some exceptions). Whereas a newspaper would be held liable for the content it produces and publishes, social media companies are able to distance themselves from the content posted by people onto their platforms.

The section also gives social media sites the ability to regulate content, such as hate speech, on their platforms:

“No provider or user of an interactive computer service… shall be held liable on account of any action voluntarily taken in good faith to restrict access to or availability of material that the provider or user considers to be obscene, lewd, lascivious, filthy, excessively violent, harassing, or otherwise objectionable, whether or not such material is constitutionally protected.”

This specific text protects social-media sites against claims from people who say the First Amendment gives them the power to post whatever they’d like, as long as it’s not illegal, without it being taken down.

While sites like Twitter and Facebook have been hesitant to regulate speech on their platforms, they have removed or flagged content if it explicitly violates their policies, such as policies against inciting violence. For example, Twitter’s rules ban hate speech but such speech is allowed generally by the First Amendment.

Why do lawmakers care about Section 230?

President Donald Trump first started calling for Section 230 to be revoked in May last year after Twitter flagged two of his tweets about mail-in voting with a warning that read “Get the facts about mail-in ballots.”

The order directed federal agencies to alter Section 230 and change the way they interpret and enforce Section 230, and while it ultimately had no effect on the law it raised its public profile and lawmakers on both sides of the aisle started discussing its possible revocation – though for very different reasons.

Republicans viewed amending or revoking Section 230 as a way to combat perceived anti-conservative bias in Big Tech companies, while Democrats largely saw it as a way to make companies liable for harmful content.

Following the Georgia runoffs in January the Democrats control both Houses, meaning they have a better shot at re-crafting Section 230 the way they want.

This poses a potential threat to Big Tech executives, who say that changing Section 230 could chill freedom of speech online.

Facebook CEO Mark Zuckerberg and Twitter CEO Jack Dorsey said while testifying before a Senate Judiciary hearing in October that revoking Section 230 would mean platforms like theirs would pre-emptively take down far more content out of fear of legal liability, leaving less room for nuanced moderation.