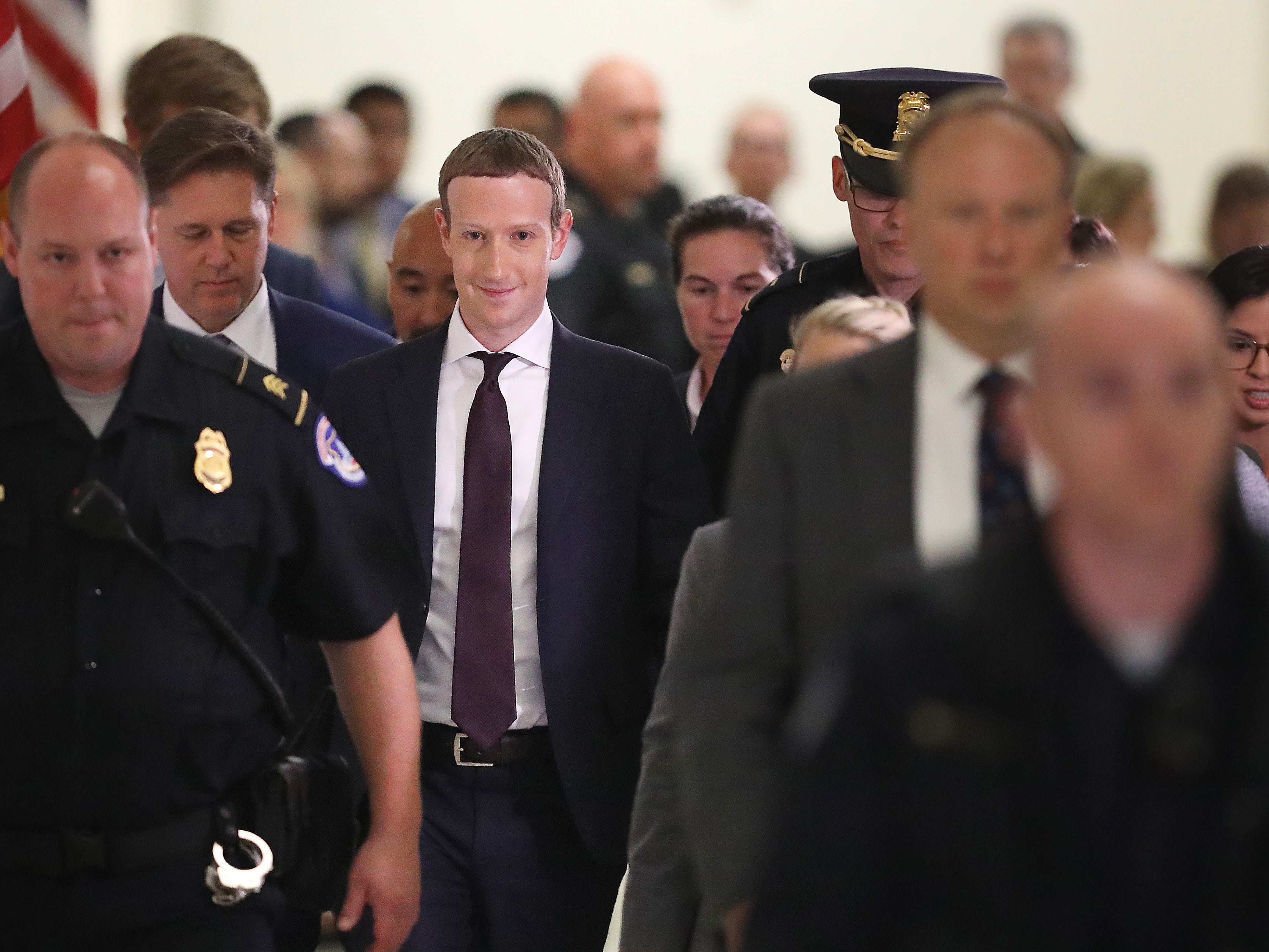 Chip Somodevilla/Getty ImagesPressure is mounting in all three branches of government to strip blanket protections that big tech companies have long enjoyed.

After years of threats, the US government appears closer than ever to stripping away one of Big Tech’s biggest shields.

In the weeks before the election, President Donald Trump has called with growing urgency for the repeal of Section 230, a law that prevents internet companies from being held liable for the content of users’ posts as long as they make a good faith effort to remove illegal content.

This week, officials mounted more immediate threats to the law that could fundamentally reshape the internet and its biggest companies.

On Thursday, Ajit Pai, chairman of the Federal Communications Commission, announced that his office would “clarify the meaning” of Section 230, a measure that Trump has specifically requested. While Pai didn’t indicate what the clarifications would include, he implied that social media companies would lose some of the legal immunity currently granted to them by the law. Two days earlier, Clarence Thomas, associate justice of the Supreme Court and one of the court’s conservative justices, issued an unusual opinion arguing that courts should reconsider how Section 230 is interpreted to offer social media companies fewer protections.

The new developments mean big tech companies could face a restructured Section 230 in the near future. And by potentially circumventing Congress and the legislative process needed to amend the law, the federal government could act more immediately, and leave those companies without much recourse to fight the new regulations.

Section 230 of the Communications Decency Act, known simply as Section 230, is part of a 1996 law that allows websites to avoid being treated as traditional publishers like newspapers that would be legally responsible for the content they produce. It has set the legal foundations for the modern internet and enabled sites to host open forums populated by posts from anonymous users. Companies like Facebook and other supporters of Section 230 see it as a fundamental building block for open discussion and innovation on the internet â€” akin to net neutrality. Trump and the law’s critics, meanwhile, say that big tech has too frequently wielded the law as a shield for their own bad behaviour.

Republican officials, including Trump’s closest allies, have been some of the most high-profile recent drivers advocating a repeal or rewrite of the law. They say actions by Facebook and Twitter to fact-check Trump’s false statements are evidence of systemic bias against conservatives, a claim without much data to back it up. Meanwhile, some Democrats â€” including House Speaker Nancy Pelosi â€” have implied tech companies should face harsher penalties for hosting misinformation or hate speech, but have not gone as far as to push to dismantle Section 230.

Tech companies like Facebook, Twitter, and Google have objected to calls to weaken the law’s protections. A Facebook spokesperson said in May that limiting Section 230 “will restrict more speech online, not less” by penalising companies “that choose to allow controversial speech,” while a Google spokesperson said the same month that repealing the law could hurt the US’ stature as a leader in internet freedom.

On Tuesday, the Supreme Court declined to hear a case concerning Section 230. In the rejection, Thomas argued that courts should still reconsider the law at some point in the near future.

He cited examples of previous lawsuits in the opinion, arguing that Section 230 was interpreted too broadly to shield tech companies.

In one case, a group called Sikhs for Justice sued Facebook, claiming it removed their page at the request of the Indian government and refused to reinstate it, amounting to racial discrimination. In another case, a man sued the gay dating app Grindr for allegedly failing to remove the profile of another man who was impersonating him using his photos.

Facebook and Grindr won each of their cases. In both, courts didn’t rule on whether the plaintiffs’ claims were true â€” rather, they argued that Section 230 protected Facebook from claims of racial discrimination in how it moderates content, and that Section 230 immunized Grindr from complaints about how it removes fake profiles.

Thomas argued that those cases established an overly broad definition of Section 230 that should be narrowed in the future.

If Thomas’ view prevails, hosting social media platforms would pose a far greater liability for tech companies, opening them up to a slew of new potential lawsuits. Legal experts are divided on what social media would look like without Section 230 protections, but changing the law could massively reshape how open forums are hosted across the internet.