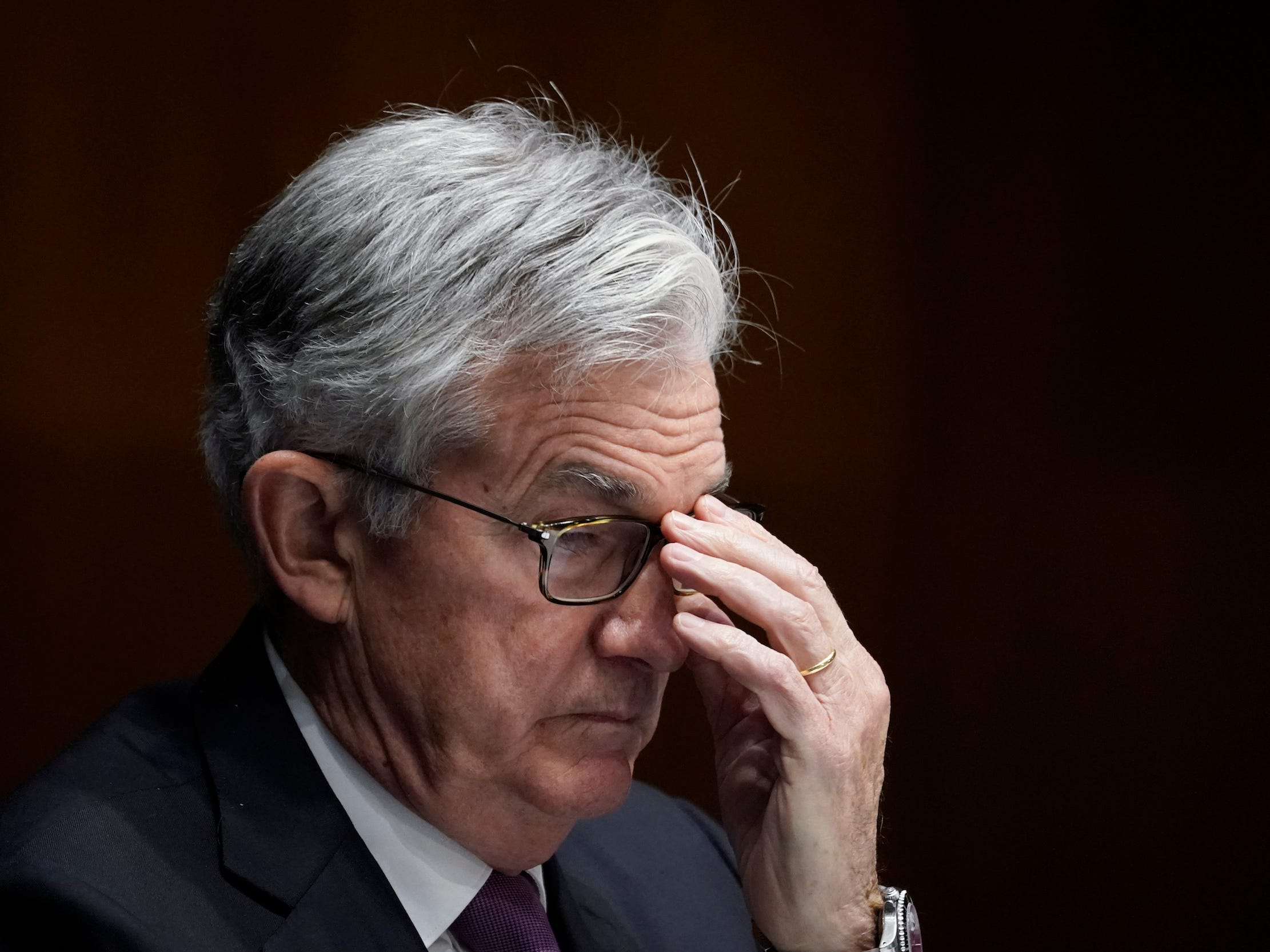 As the pandemic plunged America’s economy into turmoil last March, Jerome Powell, the Federal Reserve chairman, rushed to prop it back up with a series of programs.

A policy that the Fed pioneered during the 2008 Great Recession known as quantitative easing, in which the country essentially buys its own debt, worked by making credit more readily available. Companies in sectors heavily impacted by the pandemic rushed to raise new funding, with US corporate bond issuance hitting $US1 trillion in record time.

Besides helping businesses, it’s also helped the wealthy class of stock-owning Americans. The flood of money from the Fed set the stock market on a path to recovery after a dramatic drop in the early moments of the pandemic. That disproportionately benefited wealthy Americans.

Meanwhile, the non-stock-owning class has been increasingly falling into poverty.

Powell, although nominated by President Donald Trump, has maintained central bank independence, and his agenda looks likely to continue. President-elect Joe Biden has nominated Powell’s predecessor at the Fed, Janet Yellen, as treasury secretary, where she will likely form a strong partnership with Powell.

Their challenge is to solve the riddle of America’s K-shaped recovery, which seems to be mostly or only helping its wealthiest citizens. Here’s how the best tools for fighting a financial crisis have been exacerbating the wealth gap.

What is quantitative easing?

Before 2008, with the notable exception of 1987’s “Black Monday,” stock-market crashes had been a thing of the distant past. The US had enjoyed decades of “the Great Moderation,” when both inflation and growth were stable. But the subprime mortgage crisis was another level more serious, and America’s central bank got creative with its firefighting efforts.

To stimulate the economy during the 2008 financial crisis, the Fed (then helmed by Ben Bernanke) bought Treasury bonds and mortgage-backed securities, a policy known as quantitative easing. In a sense, the Fed “printed money” by adding credit to its bank accounts, buying its own debt and thus increasing the supply of money in the economy.

During the weak recovery from the Great Recession, quantitative easing helped lower long-term interest rates, spurring investment and consumption and making it easier for banks to lend money. Through quantitative easing programs from 2010 to 2015, the Fed’s balance sheet roughly doubled to $US4.5 trillion, making it the largest economic stimulus in history (to that point). 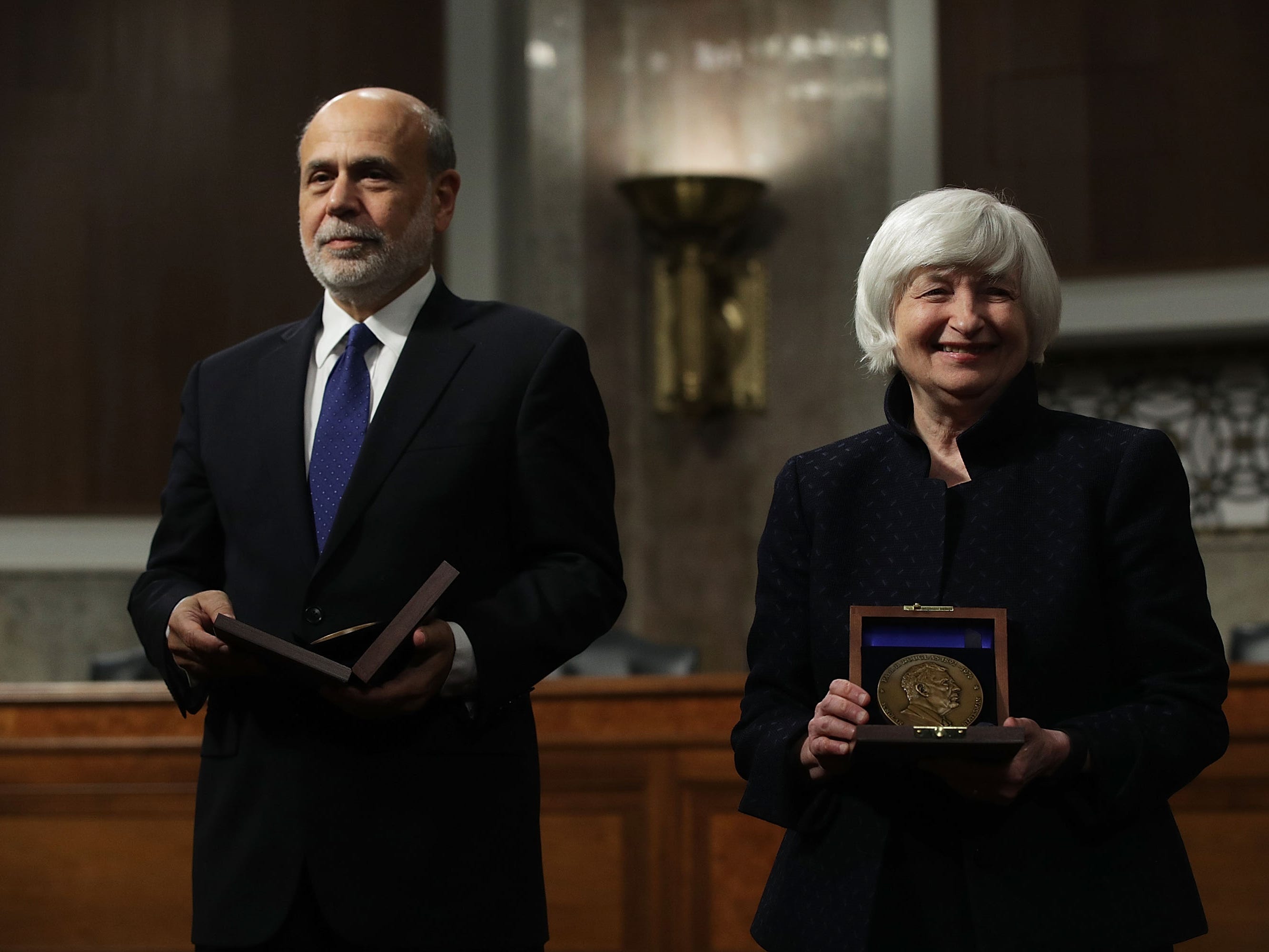 Powell dusted off the old quantitative easing playbook as part of an array of new programs to save America’s pandemic-ridden economy in March, when the Fed announced it would purchase unlimited treasury bonds, agency mortgage-backed securities, and commercial mortgage-backed securities. By November, the Fed’s balance sheet passed $US5 trillion for the first time ever, increasing from $US4.3 trillion to $US7.2 trillion.

These two drivers helped stocks recover, as investors pumped money into the market looking for a return at a time when the bond market was offering little in the way of yields.

America’s household wealth hit a record high in the third quarter, reaching $US123.52 trillion as the wealthy profited from a recovering stock market.

But most Americans don’t own stocks, and the quantitative easing program for Americans lacking in financial assets was limited to a stimulus package that expired in July and is only now being followed up with more support. The stimulus packages also haven’t prevented lower-income and frontline earners from struggling to pay bills.

(To his credit, Powell has repeatedly advocated for more stimulus spending, but that power lies with congress, not the Fed.) 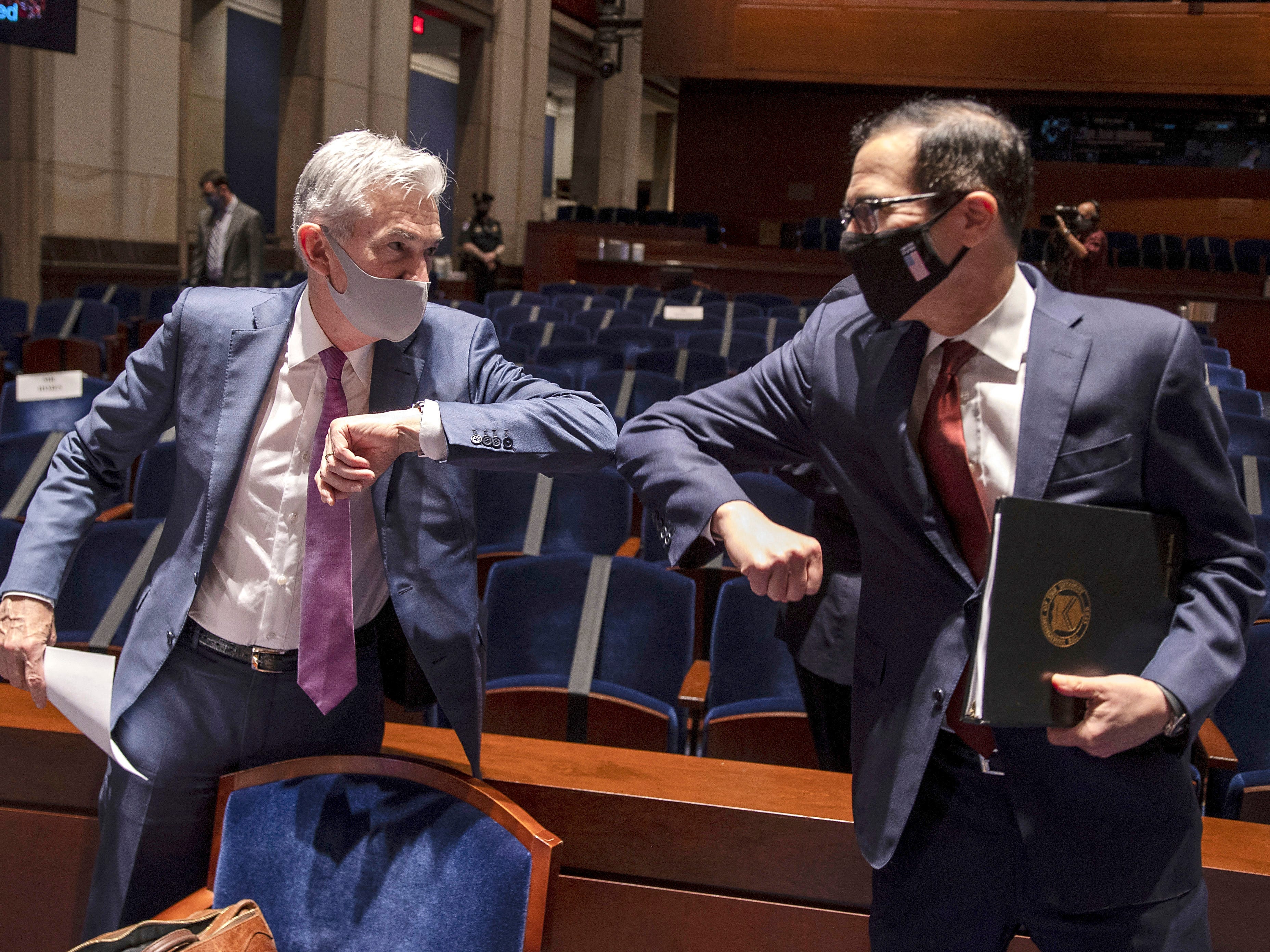 Where is the quantitative easing for Main Street?

The $US2.2 trillion CARES Act, which included economic relief checks and expanded unemployment benefits, helped prop up consumer spending and keep small businesses afloat from the end of March through the end of July. At the time, US savings rates soared, hitting an all-time high of 33% in April.

But the CARES Act hasn’t helped narrow the wealth gap and its small-business rescue initiative, the Paycheck Protection Program (PPP), was intended to be a sort of quantitative easing for Main Street, but it hasn’t really worked.

Only 5% of small businesses were able to get relief before the first infusion of PPP loans ran out. By the time the program ended in August, it had distributed $US523 billion to more than 5 million businesses, out of 30 million small businesses overall in the US. As Matthew Zeitlin previously wrote for Insider, the program has been underfunded. This also isn’t Powell’s fault â€” eight months of political gridlock over a second stimulus package left many small businesses closing their doors.

The stimulus package passed in December includes $US284 billion to restart the PPP program, but many small businesses are facing a long-term structural shift in the economy and may well not survive, even with government aid.

In December, Yellen urged action to close the wealth gap, calling US inequality “an American tragedy.”

Still, she and Powell will be facing the question of not just whether widening wealth inequality is another structural shift in the post-pandemic economy, but whether they can find the tools to do anything about it.