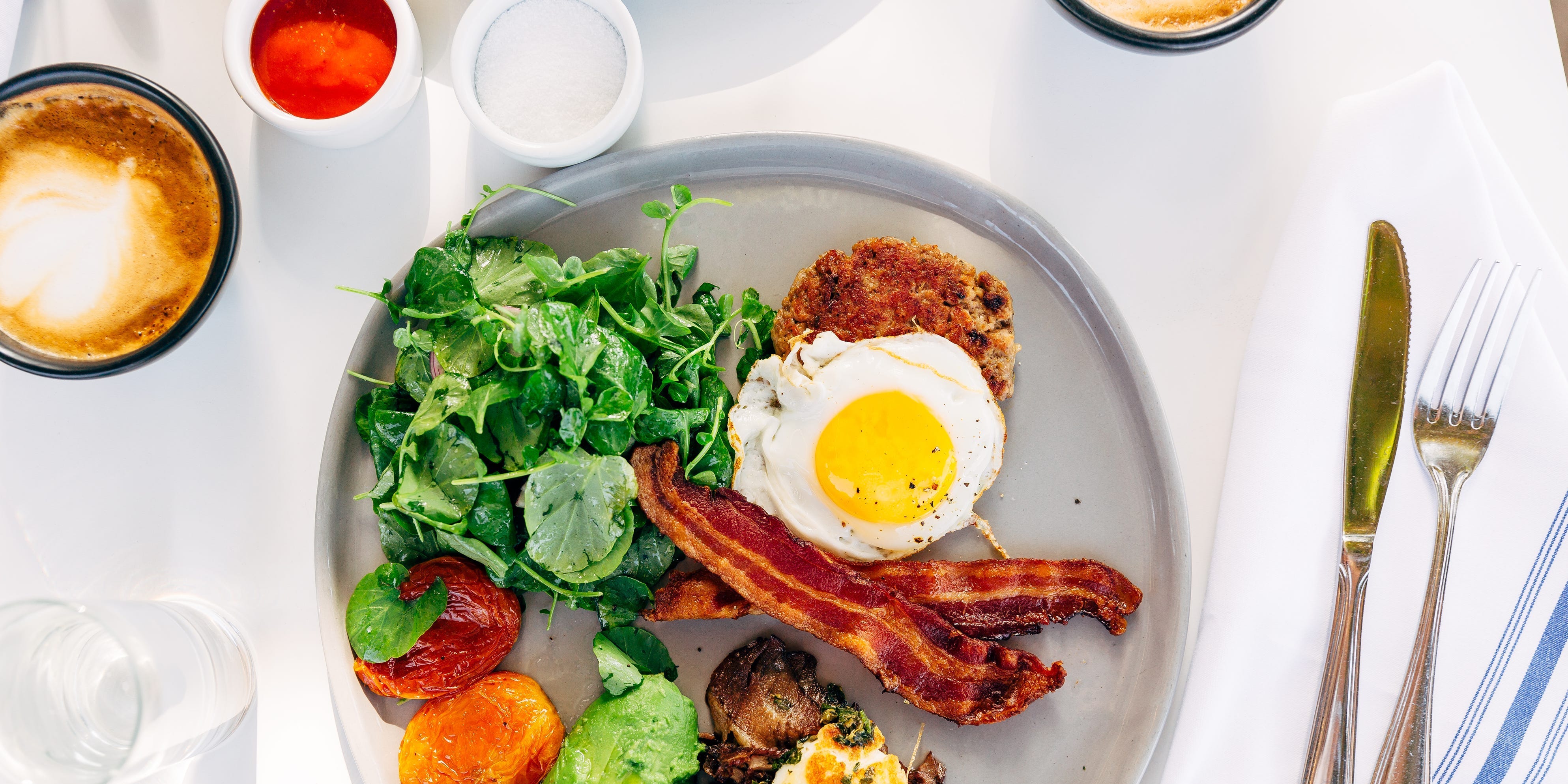 Alexander Spatari/ Getty ImagesThe keto diet isn’t for everyone and may exacerbate heart conditions and cause nutrient deficiencies.

Compared to the low-fat craze in the ’90s, the ketogenic diet seems to go against all diet logic. Because instead of cutting out fat, you eat large amounts of it for every meal.

Research shows that the ketogenic diet can be effective at helping to fight diseases related to obesity. That said, the keto diet is not for everyone. Here’s what you need to know.

What is the ketogenic diet?

The ketogenic diet â€” keto for short â€” is a restrictive diet where you replace carbs with fatty foods. For example, carb-rich foods like bread, rice, and potatoes are usually eliminated, or severely reduced, because they will easily tip you over the limit of 20-50 grams of carbs per day. Meanwhile, low-carb fatty foods, protein, and non-starchy veggies are prioritised.

There’s some variation of the keto diet, so there is some wiggle room for catering it to your particular lifestyle and eating preferences. Here are six different types of the ketogenic diet:

What do you eat on the keto diet?

A typical ketogenic diet consists of 75% fat, 20% protein, and 5% carbs. On keto, common foods that you’re allowed to eat include:

Common foods you’re recommended to avoid while on keto are:

What keto does to your body

When you follow the ketogenic diet, your body stops relying on carbs as the main source of energy. This sends your body into a metabolic state called ketosis.

Ketosis is when your metabolism burns fat for energy instead of carbohydrates, and produces molecules called ketones in the process.

Normally when you eat sugar and carbohydrates, your body turns them into glucose, aka blood sugar. Then, your liver releases insulin, which helps your cells absorb that glucose for energy.

But when you limit your sugar and carb intake, there’s nothing for your body to turn into glucose. As a result, blood sugar levels remain low, and your body generates ketones, instead.

Ketones are acidic, so too many in your body are potentially harmful. However, it’s this ketone production that makes the keto diet so helpful for people with certain neurological diseases.

For example, 100 grams of glucose generates 8.7 kilograms of ATP whereas the same amount of a ketone, called acetoacetate, generates 9.4 kilograms of ATP. Ketones are a more efficient fuel source for the brain.

This may help partly explain why some research has found a helpful link between keto diets and certain neurological diseases like epilepsy and Alzheimer’s. Other evidence suggests that the keto diet helps with protein build up in the brain that reduces its capacity as well as helps with inflammation in brain cells. There are many possible explanations that continue to be studied.

What the research says about a keto diet

The ketogenic diet gets a lot of attention for its purported weight-loss benefits, but it can also be beneficial for those suffering from neurological disorders like epilepsy and insulin disorders like type 2 diabetes. Moreover, some research indicates that the keto diet can also help with PCOS, fertility, and more. Here’s what researchers know so far about the keto diet’s many health benefits:

How the ketogenic diet helps with type 2 diabetes

The keto diet has been shown to help people with type 2 diabetes because of how it maintains low blood sugar levels, and subsequently, can promote better insulin control.

How the ketogenic diet helps with weight loss

The keto diet has been shown to help with weight loss â€” specifically fat reduction â€” because it can suppress appetite and kick start fat-burning through ketosis.

How the ketogenic diet helps with epilepsy

Side effects of following a keto diet

When following the keto diet, weight loss can vary from person to person, says Jeff Volek, a registered dietitian and professor at Ohio State University. “When people with excess weight start a ketogenic diet, they typically lose about six to eight pounds the first week, then about 1 to 2 pounds per week thereafter,” Volek says.

However, some people who go on keto reportedly suffer from some initial side effects including:

The initial weight loss is partly due to losing water weight because you tend to retain less water on a low-carb diet. And some studies suggest that you may not continue to lose weight on keto long-term. Some call this the “keto plateau” which is when you stop losing weight altogether.

Dangers of the keto diet

The ketogenic diet isn’t necessarily for everyone. Take kids, for example. Nutritionists told Insider that putting children or teens on the keto diet â€” or any restrictive diet â€” can lead to nutritional deficiencies and eating disorders. Keto can be used to treat seizures in children, but this is an exception to the rule.

Here are some other downsides of the keto diet and who should not try it:

Keto may exacerbate heart conditions: Keto isn’t great long-term if you have, or are at risk of, heart rhythm problems. A large 2019 study, published by the American College of Cardiology, that involved medical records of nearly 14,000 people reported that people who don’t consume many grains, fruits, and starchy vegetables for years at a time, are at a higher risk of developing a heart condition called AFib.

Keto may cause nutrient deficiencies: Even if you’re otherwise healthy, long-term keto could lead to vitamin B and C deficiencies, since many foods rich in these vitamins â€” like beans, legumes, and fruit â€” are also high in carbs. If you’re still in a caloric surplus, keto may actually lead you to weight gain.

Keto should be treated carefully by those with diabetes: “If you have diabetes and are using diabetes medications to control blood sugar, you should work closely with your physician in order to adjust medications appropriately.” Some studies suggest that people with diabetes who go on a ketogenic diet may not need as much or any insulin regulating medication.

Keto is a restrictive diet that may be hard to sustain: “The average ‘healthy’ person probably does not need to follow a keto diet but they could probably benefit from reducing their intake of refined/processed carbohydrates.” In a 2004 study of the keto diet, patients found it at times difficult to follow consistently due to its restrictive nature. This has been echoed throughout the literature at large regarding the long-term effectiveness of keto.

The ketogenic diet, famous for its touted weight loss benefits, is essentially a low-carb diet. There are many variations of this diet suited to different needs and goals.

However, the keto diet doesn’t just help with weight loss. Evidence indicates that it has clinical and therapeutic benefits in treating type 2 diabetes and epilepsy.

The keto diet is not for everyone and you should speak with a certified nutritionist before starting it, especially if you have a medical condition that the diet may affect.