What is inflation? Why the cost of goods rise over time and what it means for the value of your money 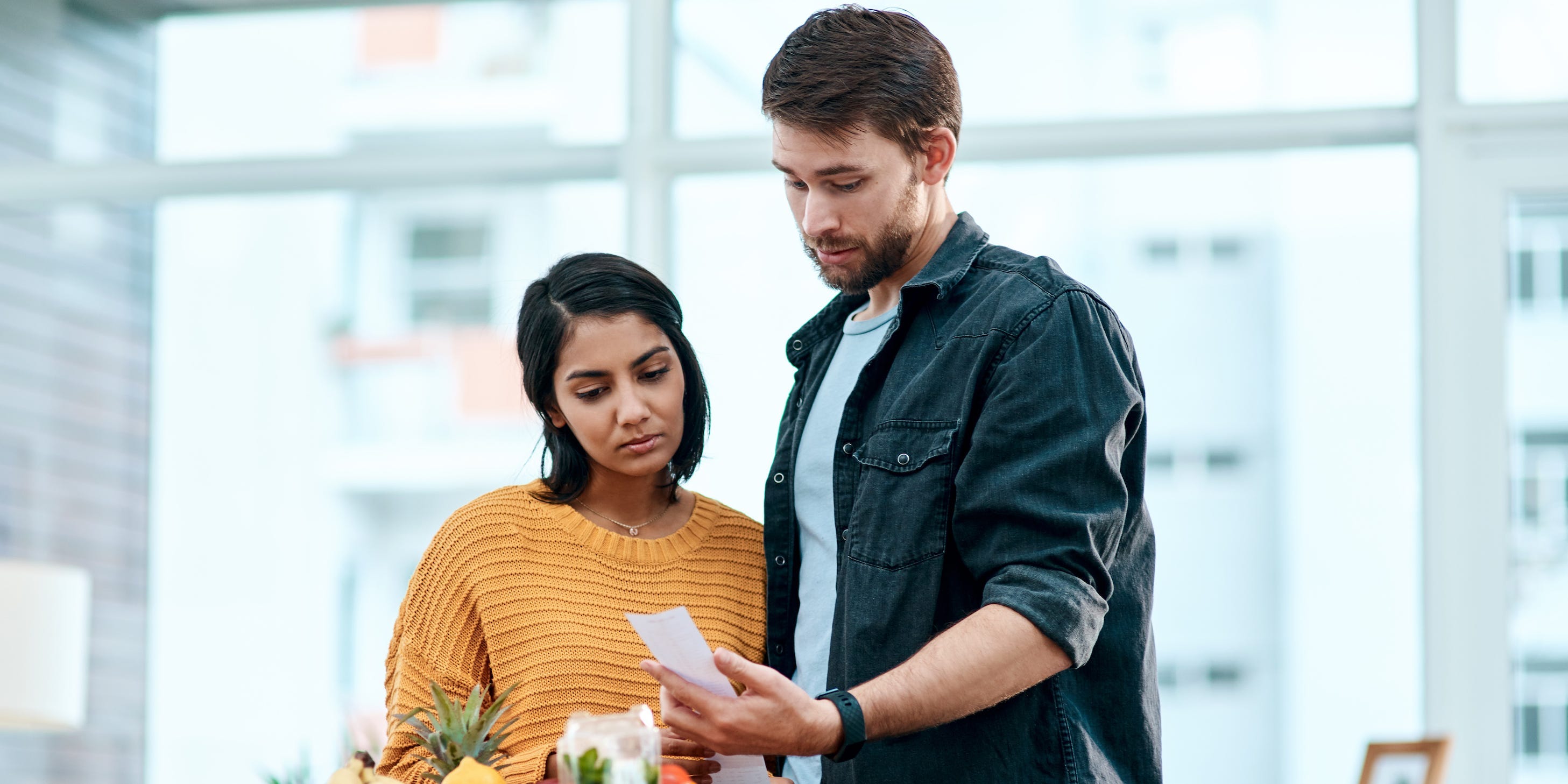 PeopleImages/Getty ImagesInflation, an increase in the costs of goods and services, means that your money has effectively gone down in value.

Does it feel like a dollar buys less than it used to? You’re not imagining things. “It’s inflation,” people sigh.

You probably have a rough idea of what inflation means. The cost of things is going up.

But what is inflation really, what causes it, and how does it affect your finances? Here’s everything you need to know about this everyday economic term.

In the news: As the US economy rebounds, many economists and policymakers are sounding the alarm about inflation, with Warren Buffet – the world’s most famous investor – warning high inflation could be here to stay.

Inflation is an increase in the prices of goods and services in an economy over a period of time.

That means you lose buying power – the same dollar (or whatever currency you use) buys less, and is thus worth less. In other words: With inflation, your money doesn’t go as far as it used to.

Example: If apples cost 25 cents apiece, one dollar buys four of them. But say apples become scarcer or more expensive to grow, and the next year, the grocer prices them at 50 cents apiece. Now one dollar buys only two of them. In purchasing-power terms, the dollar has effectively lost half its value (at least as far as apples are concerned).

Remember that modern money really has no intrinsic value – it’s just paper and ink, or, increasingly, digits on a computer screen. Its value is measured in what or how much it can buy.

While it’s easier to understand inflation by calculating goods and services, it’s typically a broad measure that can be applied across sectors or industries, impacting the entire economy. In fact, one of the primary jobs of the Federal Reserve is to control inflation to an optimum level to encourage spending and investing instead of saving, thereby encouraging economic growth.

How is inflation measured?

The PPI is useful in its ability to forecast consumer spending and demand, but the CPI is the most common measure and tends to have a significant influence on inflation-sensitive price forecasts.

The PCE is less well-known than the CPI, using different calculations to measure consumer spending. It’s based on data from the GDP report and businesses and is generally less volatile than the CPI, because its formula accounts for potential price swings in less stable industries.

To make meaningful historical cost comparisons – to compare apples to apples, so to speak – economists adjust prices for inflation.

Is inflation good or bad?

Inflation is certainly a problem when it comes to ready cash that isn’t invested or earning anything. Over time, it’ll erode the value of your cash and bank account. It’s also the enemy of anything that pays a fixed rate of interest or return.

But individuals with assets that can appreciate in price, like a home or stocks, may benefit from inflation and sell those assets at a higher price.

In general, economists like inflation to occur at a low, steady rate. It indicates a healthy economy: that goods and services are being produced at a growing rate, and that consumers are buying them in increasing amounts, too. In the US, the Federal Reserve targets an average 2% inflation rate over time.

When inflation starts mounting higher than that or changes quickly, it can become a real problem. It’s a problem because it interferes with how the economy works as currency loses its value quickly and the cost of goods skyrockets. Wages can’t keep up, so people stop buying. Production then stops or slows, and an economy can tumble into recession.

There’s a massive economic literature on the causes of inflation and it’s fairly complex. Basically, though, it comes down to supply and demand. Keynesian economists emphasize that it’s demand pressures that are most responsible for inflation in the short term.

Other analysts cite another cause of inflation: An increase in the money supply – how much cash, or readily available money, there is in circulation. Whenever there’s a plentiful amount of something, that thing tends to be less valuable – cheaper. Indeed, many economists of the monetary school believe this is one of the most important factors in long-term inflation: Too much money sloshing around the supply devalues the currency, and it costs more to buy things.

Hyperinflation refers to a period of extremely high inflation rates, sometimes as much as price rises over 50% per month for several months. Hyperinflation is usually caused by government deficits and the over-printing of money. For example, hyperinflation occurred during the US Civil War when both the Union and the Confederate states printed money to finance their war efforts.

In a modern case, Venezuela is experiencing hyperinflation, reaching an inflation rate over 800,000% in October 2020.

Stagflation is a rare event in which rising costs and prices are happening at the same time as a stagnant economy – one suffering from high unemployment and weak production. The US experienced stagflation in 1973-4, the result of a rapid increase in oil prices in the midst of low GDP.

How inflation is controlled

Governments can control inflation through their monetary policy. They have three primary levers.

How to beat inflation with investments

Investing for inflation means ensuring that your rate of return outpaces the inflation rate. Certain types of assets may beat inflation better than others.

More generally, Asher Rogovy, chief investment officer at Magnifina, suggests that it’s best to avoid nominal assets in favor of real assets when inflation’s on the upswing. Real assets, like stocks and real estate, have prices that fluctuate or vary freely. Nominal assets, like CDs and traditional bonds, are priced based on the fixed interest they pay and will lose value in inflationary times.

Inflation means costs and prices are rising. When they do, it means that paper money buys less. Low, steady inflation is good for the economy but bad for your savings. Ashburn says, “While having cash available is important for financial security, cash will see its value slowly eaten away by inflation over time.”

To beat inflation, don’t leave your cash under your mattress – or in any place where it’s stagnant. It has to keep earning.

Instead, aim to structure your portfolio so that it provides a rate of return – one that’s hopefully better than, or at least keeps pace with, that of inflation, which is almost always happening. If you do, it means that your investment gains really are making you richer – in real terms.