What is Chromium? A guide to Google's open-source software project, which runs some of the world's most popular internet browsers

Chromium, first released by Google in 2008, is one of the most popular software projects in the world. A vast majority of internet users use Chromium in some way â€” it’s the software unpinning both Google Chrome and Microsoft Edge.

The reason that Chromium is so popular is that it’s open-source, meaning that anyone can use the software for free as a base to build another program or app. And developers have answered this call â€” more than two dozen internet browsers are built on Chromium.

Chromium is also the name of a standalone internet browser, based entirely on the Chromium code with no extra additions. It’s similar to Google Chrome, without many of the features that make Chrome popular.

You can download Chromium to use as an internet browser, or to build your own apps on it.

How to get Chromium

You can install Chromium from the Download Chromium website. The site will automatically recognise your operating system and offer the correct version for your device. 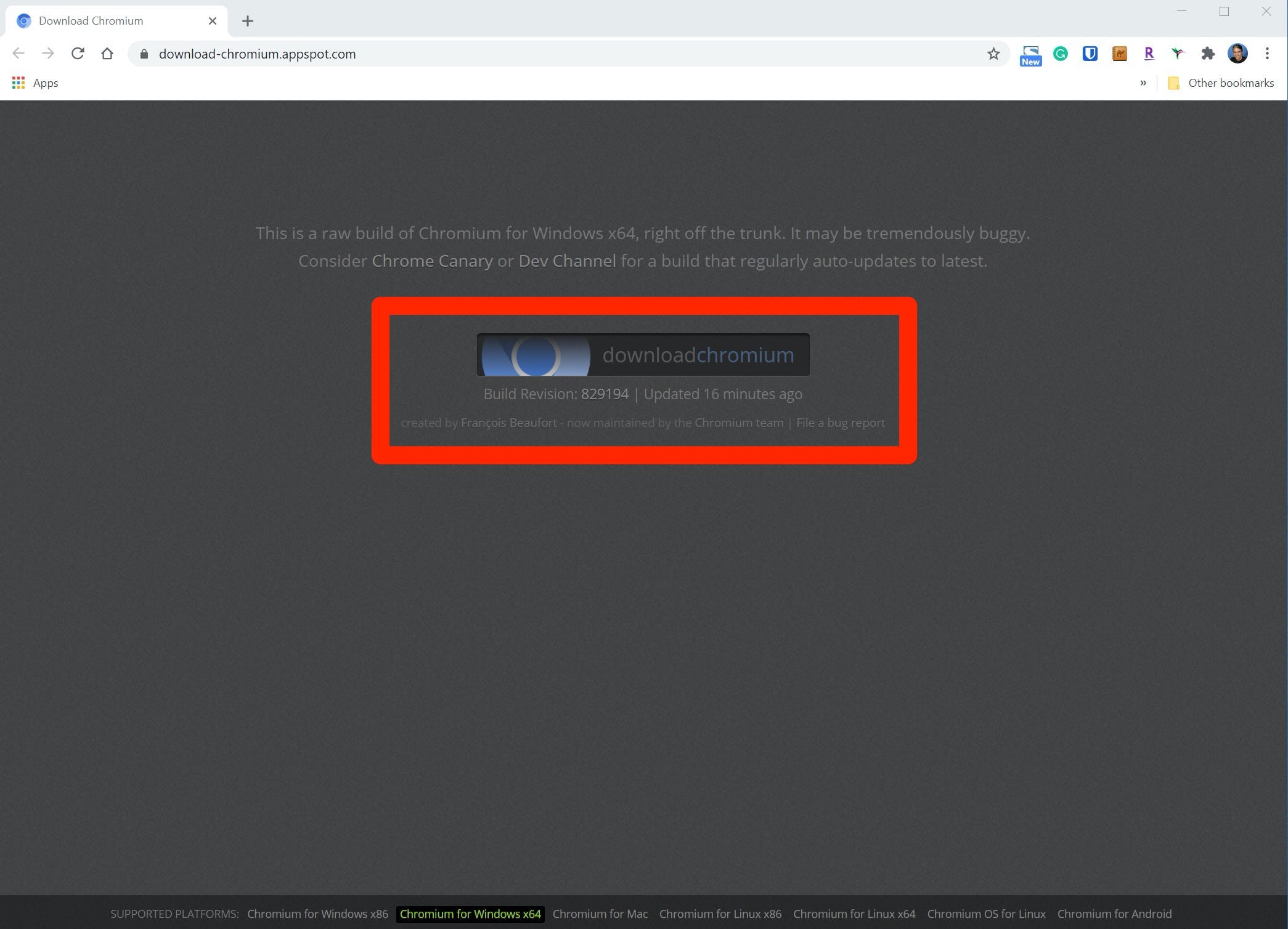 When you download it, it will be kept in a .zip file. Open the.zip, move the files inside to another folder, and then run the program called “Chrome.”

New versions of Chromium are uploaded every day, and occasionally multiple times a day. However, there’s not usually much difference between these versions â€” just a few lines of code â€” so you don’t need to worry about being outdated.

However, you should be aware that while Chromium is available to anyone as a free download, it’s not made for regular users. Chromium isn’t meant to be a regular internet browser, but is instead meant to be the open-source platform developers can use to make new apps. 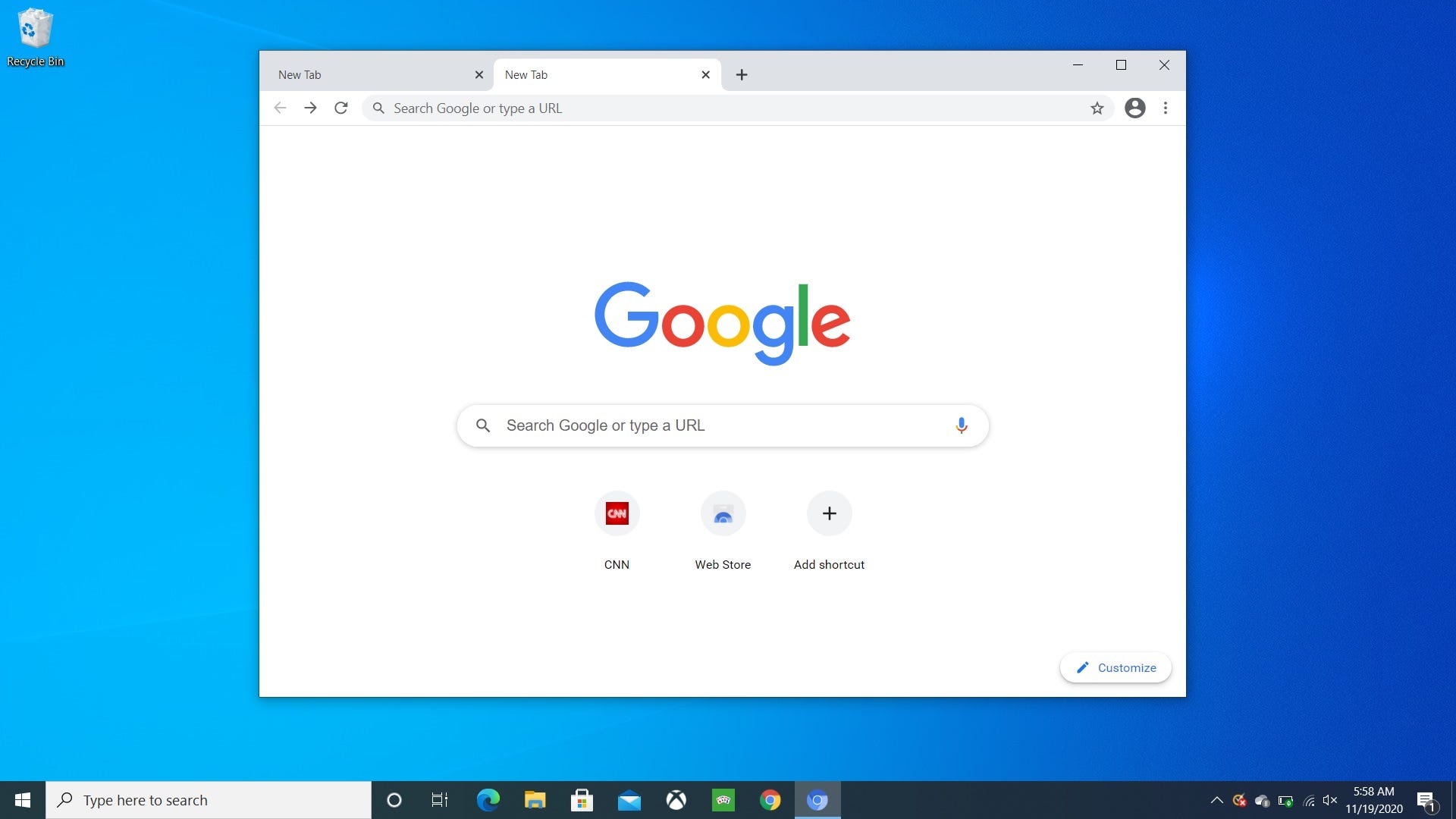 Chromium is the backbone on which a handful of common browsers are based. To make the common Chrome browser, Google starts with Chromium and builds new features on top of it. And beginning with the new version released in 2020, Microsoft does the same to create Microsoft Edge.

There are also a few relatively unknown browsers which are based on Chromium, such as the latest version of Opera and a browser called Vivaldi.

The Chromium browser looks almost exactly the same as Google Chrome. It lacks a few key features, though, and there’s no way to update it aside from uninstalling and reinstalling it. There’s also no way to send error reports, and it can’t play most major media formats, like MP3s.

Lastly, it’s incredibly unstable. Even the Chromium download page warns that it “may be tremendously buggy,” and as you use it, you should expect it to crash without warning.

If you are looking for a beta-quality web browser that includes new features, you might instead want to try out Chrome Canary, Google’s beta version of Chrome. This browser is buggy too, but has more features than Chromium. 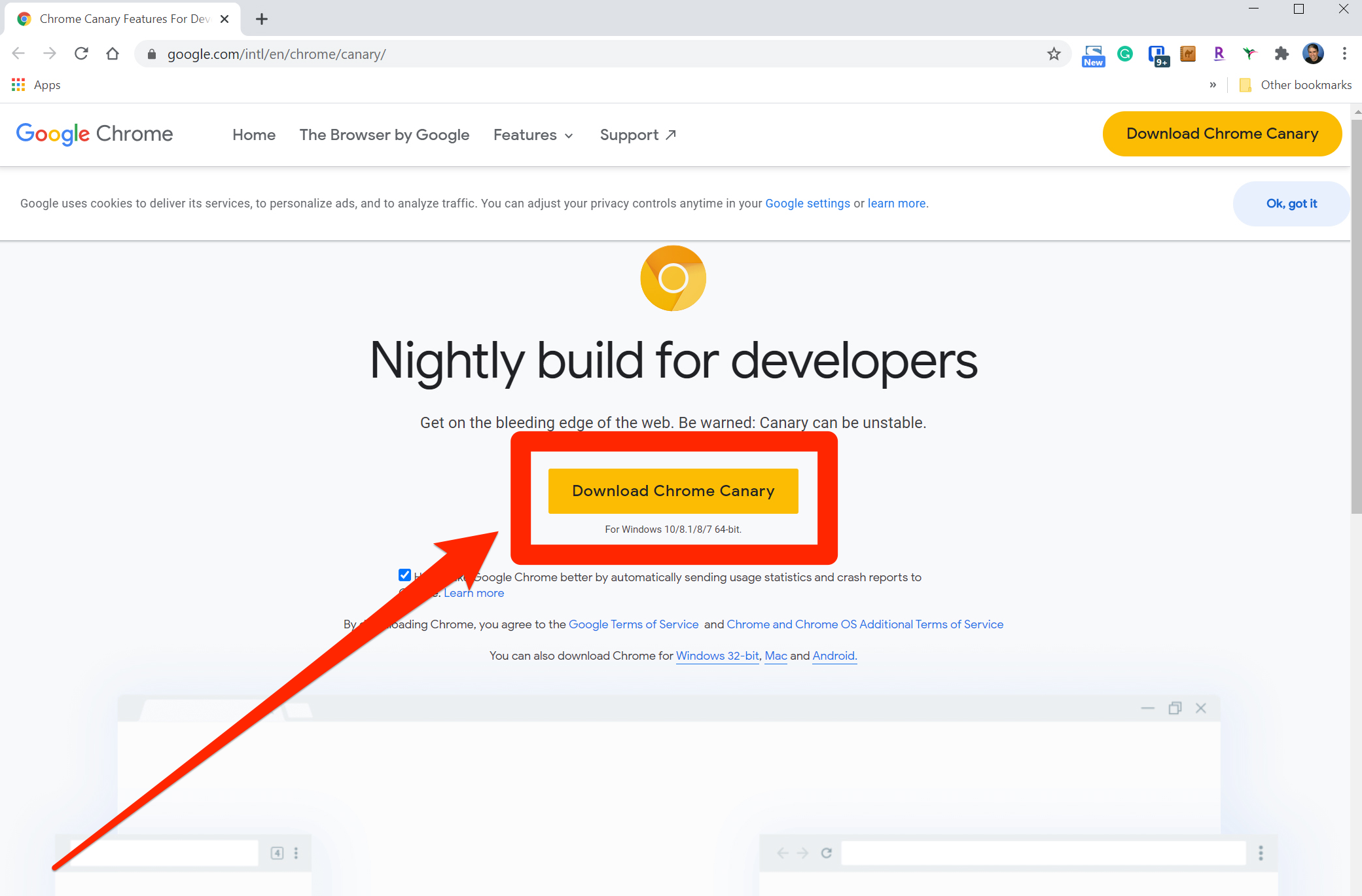 Dave Johnson/Business InsiderGoogle Chrome Canary is a better alternative to Chromium if you want to try the latest beta features.