Vanished without a trace: Inside the myths and mysteries of the Bermuda Triangle 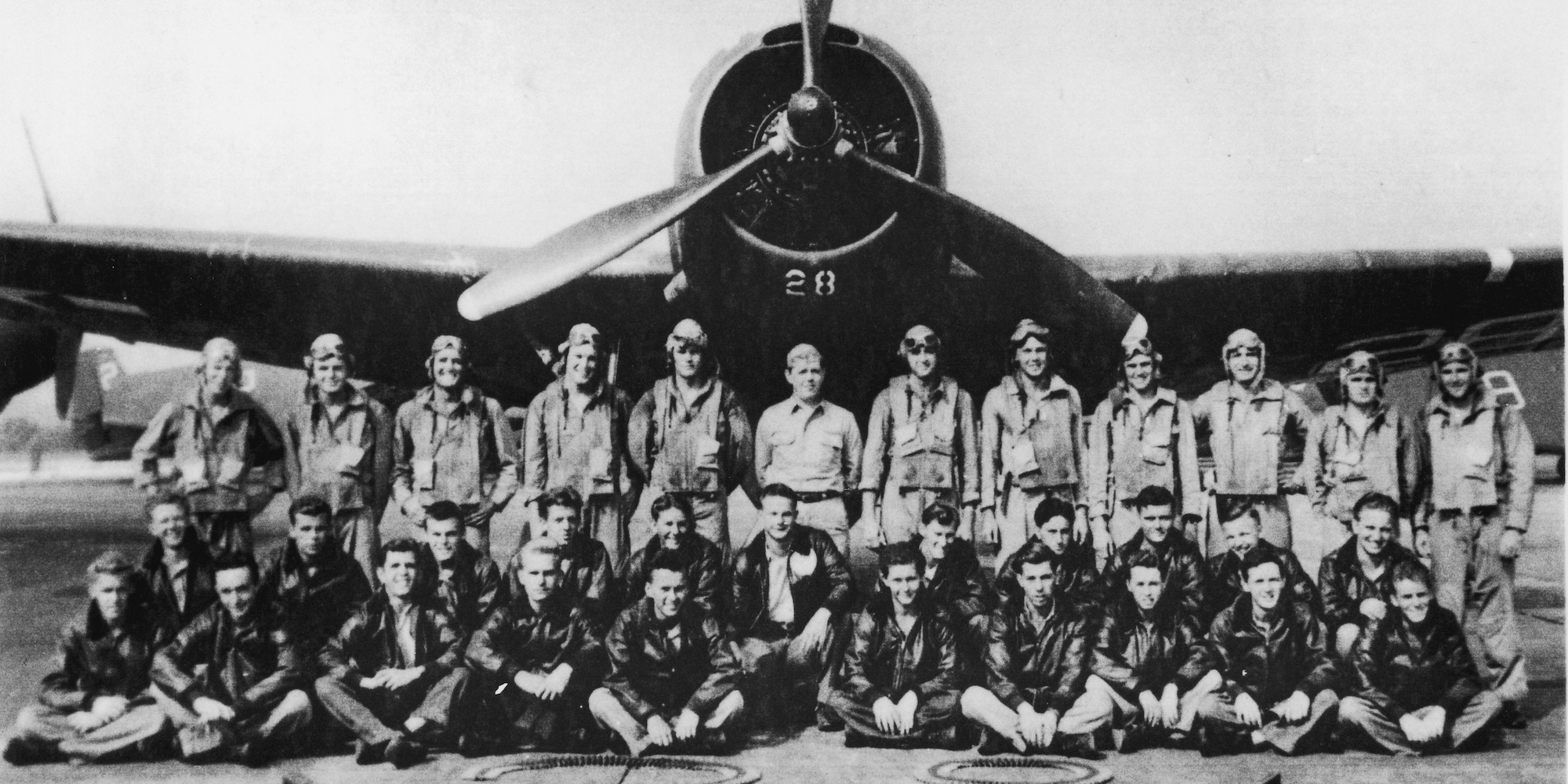 Some have called it The Devil’s Triangle.

Others have referred to it as Limbo of the Lost or the Hoodoo Sea. But to most, it is the Bermuda Triangle, a stretch of water in the Atlantic Ocean known to swallow ships and vanish planes.

For centuries the Bermuda Triangle has been mystified as a harrowing patch of ocean, where sailors and pilots are prone to lose contact with the natural world and disappear forever.

Though the US government does not recognise the Bermuda Triangle as an actual geographic location or threat, its legends have long painted a picture of death, mystery, and fear.

We’re breaking down the history of the Triangle and some of its most notorious tales:

Bermuda, and the long stretch of sea before it, has been turned to myth for centuries. Some even believe that William Shakespeare’s play “The Tempest” is based on tales of sorcery and shipwreck in the area. 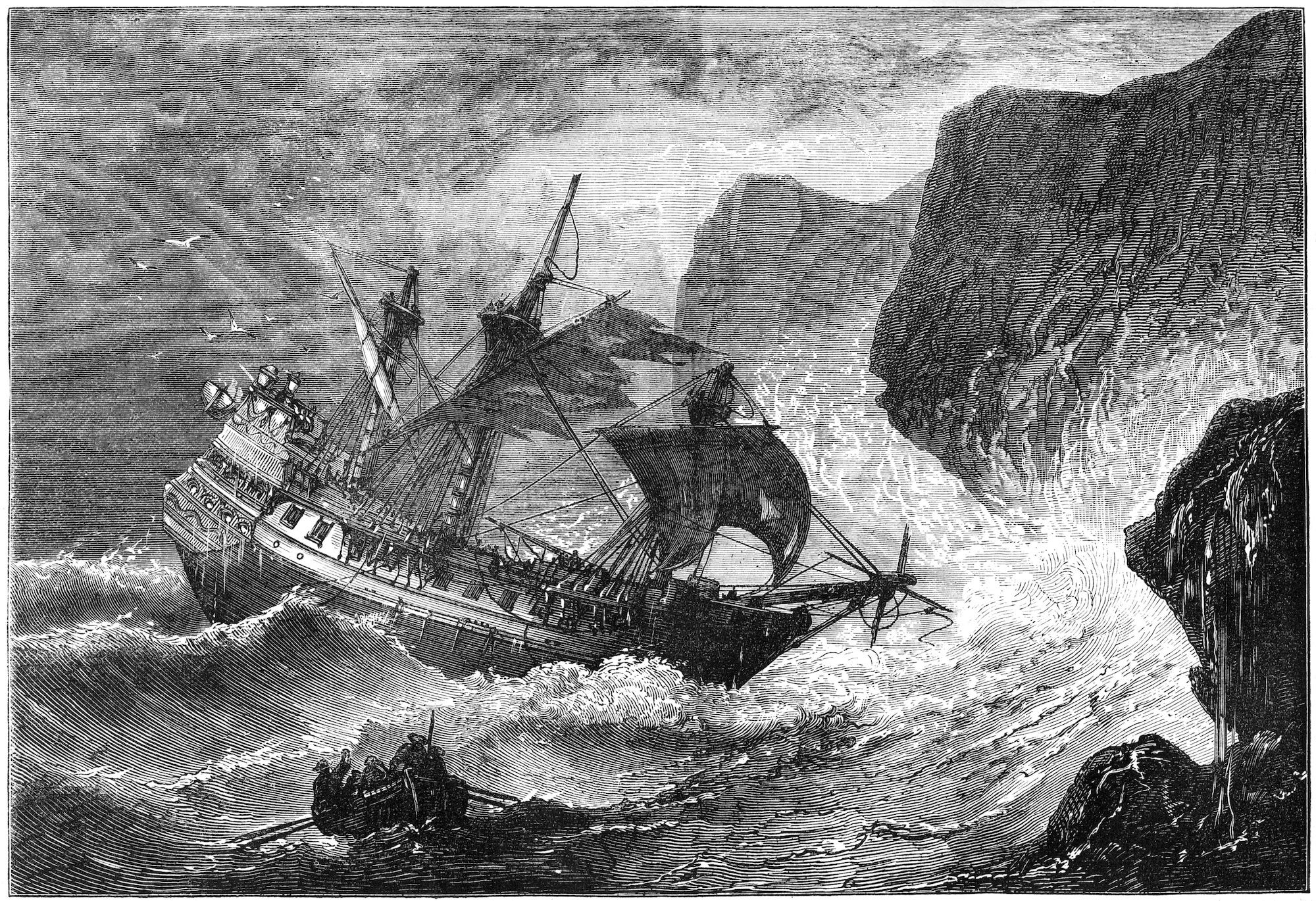 The Print Collector/Print Collector/Getty ImagesAdmiral Somers runs his ship ashore, Bermuda, 1609 (c1880). Admiral Sir Geirge Somers (1554-1610) was the founder of the English colony of Bermuda, and stories of his shipwreck are said to have inspired Shakespeare’s play ‘The Tempest’

When Christopher Columbus passed through the Bermuda Triangle on his first voyage to the new world, he recorded that a bursting flame of fire struck the sea and caused a strange light to appear in the distance a few weeks later. 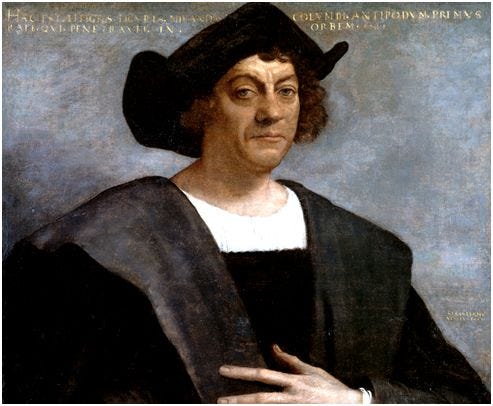 In 1881, legend has it that the Ellen Austin, a ship sailing from Liverpool to New York, encountered a “ghost ship” in the Bermuda Triangle — and things quickly went awry. ShutterstockImage of a foggy ship at sea.

When the Ellen Austin approached the foggy waters of the Sargasso Sea – an area of the Atlantic Ocean that overlaps with the Bermuda Triangle – the crew encountered a fully stocked, abandoned ship.

Seeing this as an opportunity to seize valuable cargo, they sent some of their men in to occupy the ship and sail the remaining journey side by side. But a wicked storm quickly separated the two ships, and when they were reunited the next day, there wasn’t a trace of the crew in sight.

The ship was once more abandoned but left packed with valuable resources, so the captain of the Ellen Austin tried boarding it again. But when crew members got aboard for the second time, a thick and blinding fog rolled in and separated the ships. When the fog finally cleared, the “ghost” ship had completely vanished, according to stories recounted in contemporary newspapers.

In 1895, Joshua Slocum, the first man to sail solo around the world, vanished on a voyage from Martha’s Vineyard to South America. 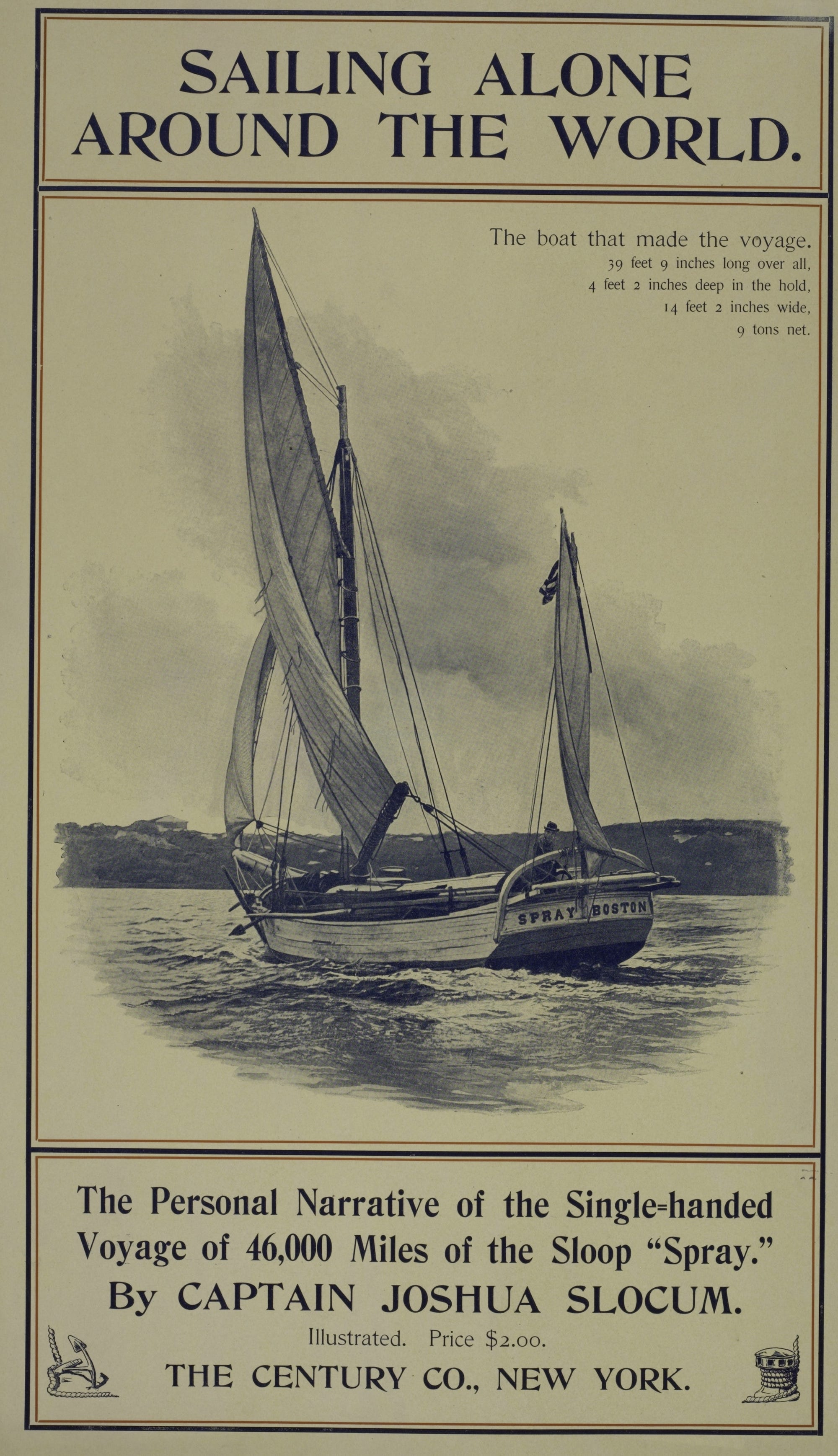 Slocum should have never been lost at sea – he was known as a fantastic sailor – and his unexpected disappearance has since been attributed to Bermuda Triangle.

In 1918, the US Navy’s largest and fastest fuel ship, the USS Cyclops, disappeared en route from the Caribbean to Baltimore with 309 crew members and didn’t leave a single trace of what had happened. 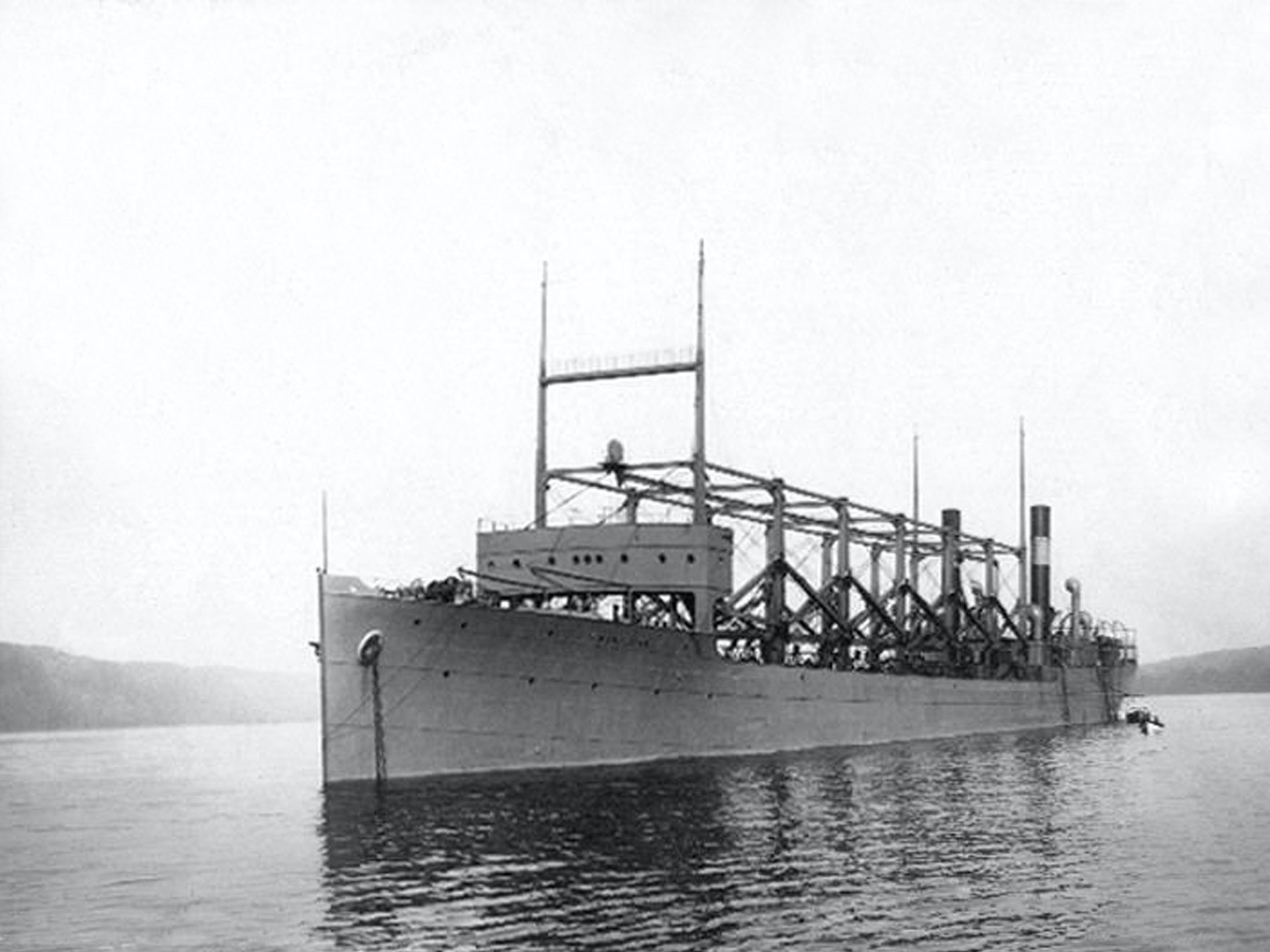 Though fully equipped with distress equipment and signals, the USS Cyclops gave no warning that something dangerous was happening at sea. The legendary ship, which once delivered aid during WWI and carried thousands of tons of manganese ore, had simply vanished without a trace.

Theories of mutiny, storms, poison, and torpedoes began to circulate, but none of it made much sense. If there was a wreck, where was the debris? Why was there no distress call? How could it have been captured when it lacked the fuel to travel very far?

Instead, people turned their minds to mysterious beasts, such as the giant squid, and the treacherous workings of the Bermuda Triangle, according to the Washington Post.

“There has been no more baffling mystery in the annals of the Navy than the disappearance last March of the U.S.S. Cyclops,” Navy Secretary Josephus Daniels wrote in 1919.

In 1941, a Navy ship called the USS Proteus was carrying 58 passengers and a cargo of ore from St. Thomas to the East Coast when it suddenly vanished in the Bermuda Triangle. One month later, its sister ship, The USS Nereus, disappeared with 61 people along the same route. 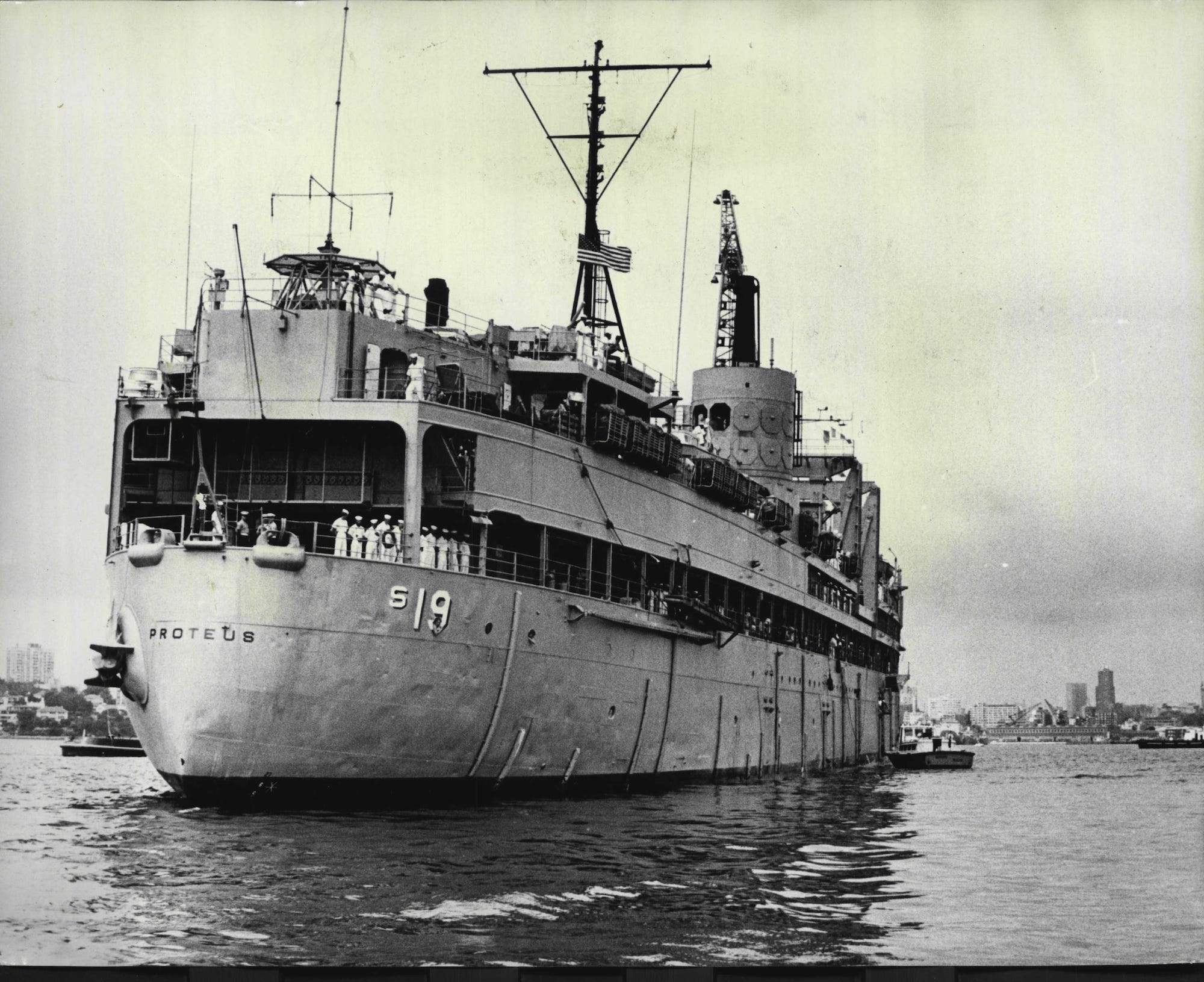 In 1945, the legend of the Bermuda triangle began to take hold even more when five TBM Avenger torpedo bombers took off from a naval base in Ft. Lauderdale, Fl. and vanished in the Atlantic Ocean before completing their mission. 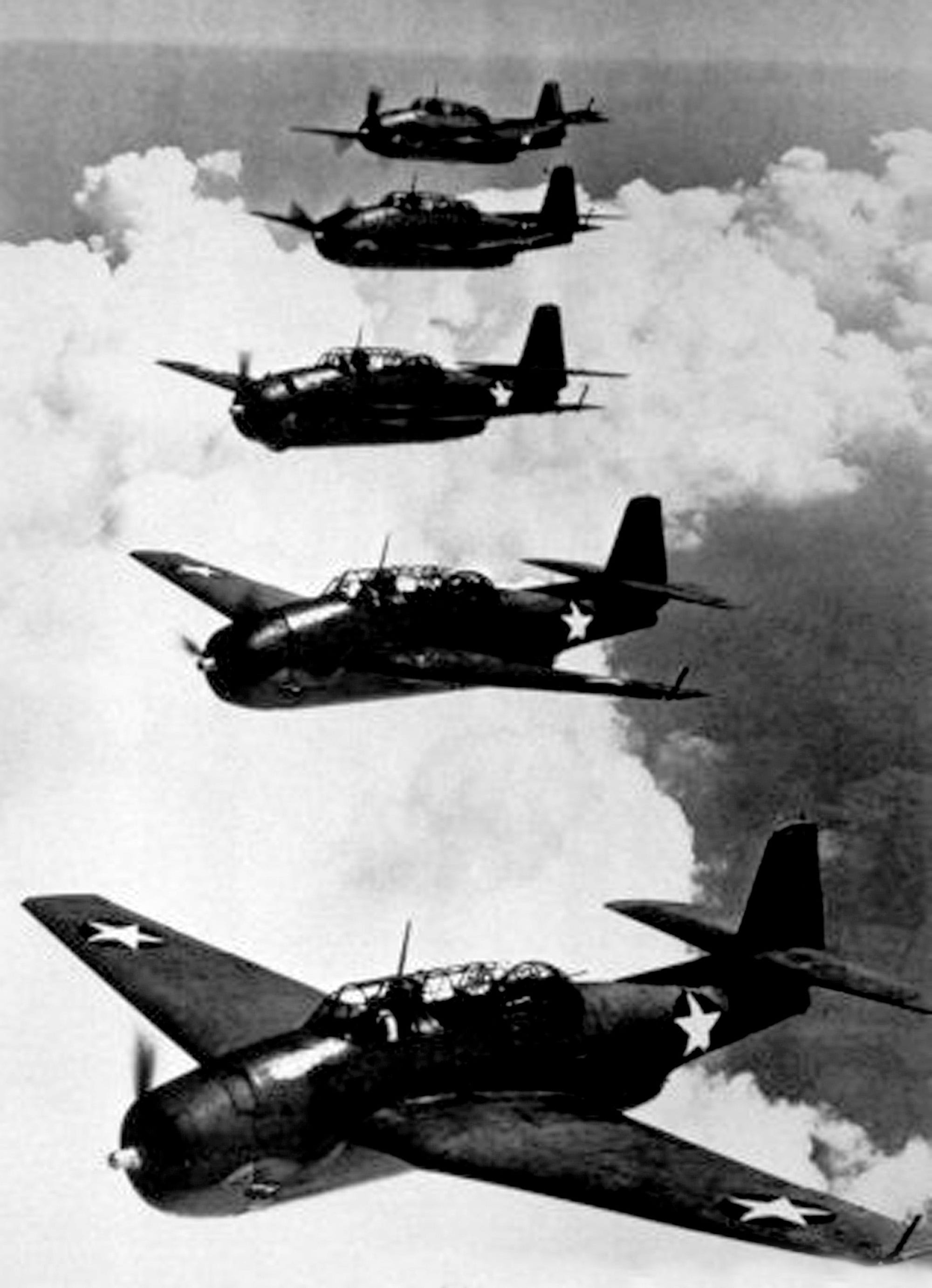 “Flight 19” was scheduled to complete a three-hour exercise which entailed heading east to conduct bombing runs, then flying over Grand Bahama Island, and eventually pivoting southwest to return home.

But along the way, the flight’s leader Lieutenant Charles C. Taylor became paranoid when his compass failed and he believed that the planes were moving in the wrong direction. He instructed his fleet to fly northeast – thinking he was heading toward Florida, but really just travelling deeper into the Atlantic.

As the planes reached closer toward the Bermuda triangle, their signals began fading, according to the History channel. Eventually, all communication was cut and the planes were never seen again.

The last thing recorded in the communications by Flight 19 passengers were eerie reports on their location: “Everything looks strange, even the ocean,” said one pilot. 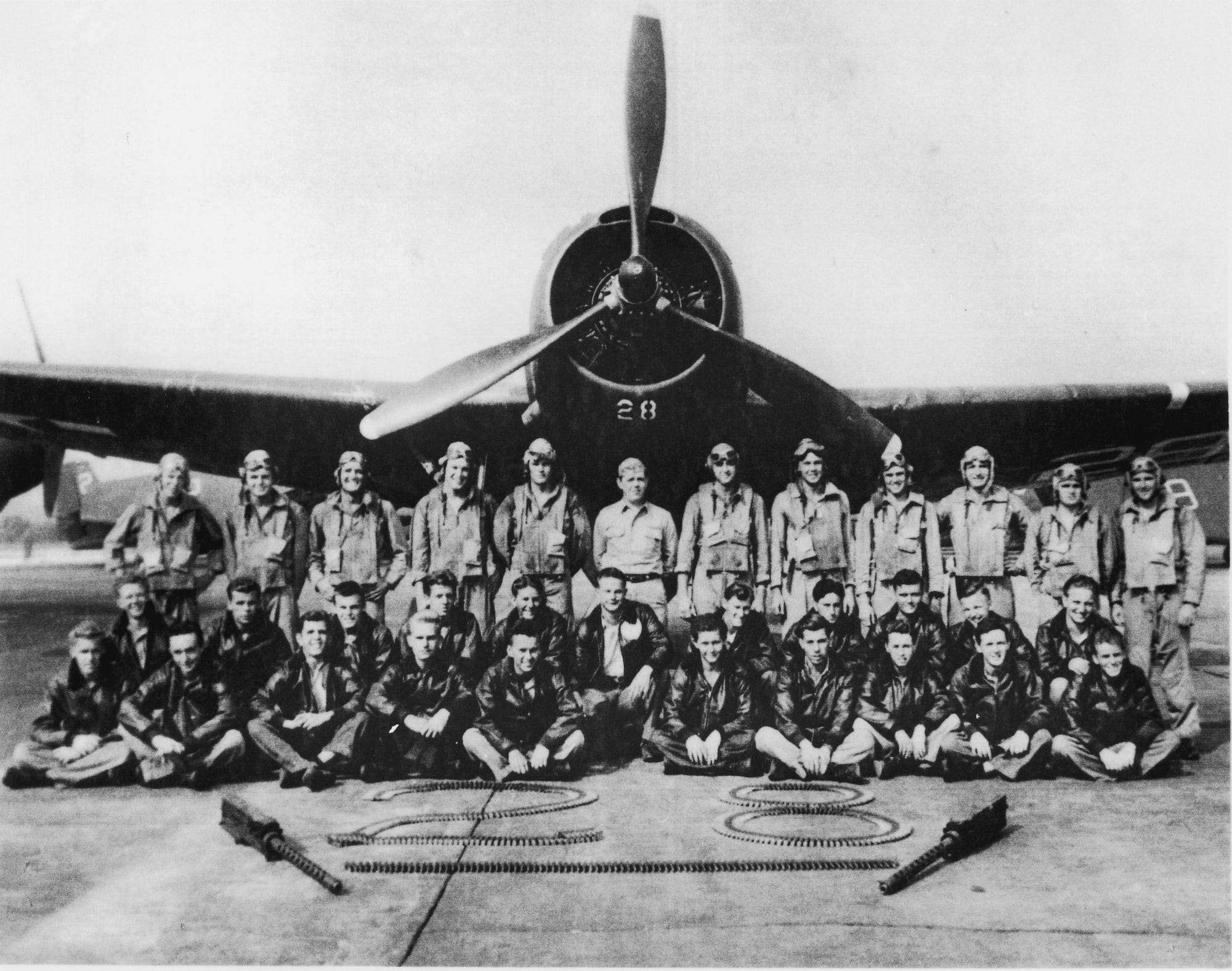 And then he said: “It looks like we are entering white water…we’re completely lost.”

The disappearance of Flight 19 was so baffling that the official Navy report said it was “as if they had flown to Mars.”

In 1948, a DC-3 commercial flight vanished over the Triangle with 29 passengers and two crew members headed toward Miami. 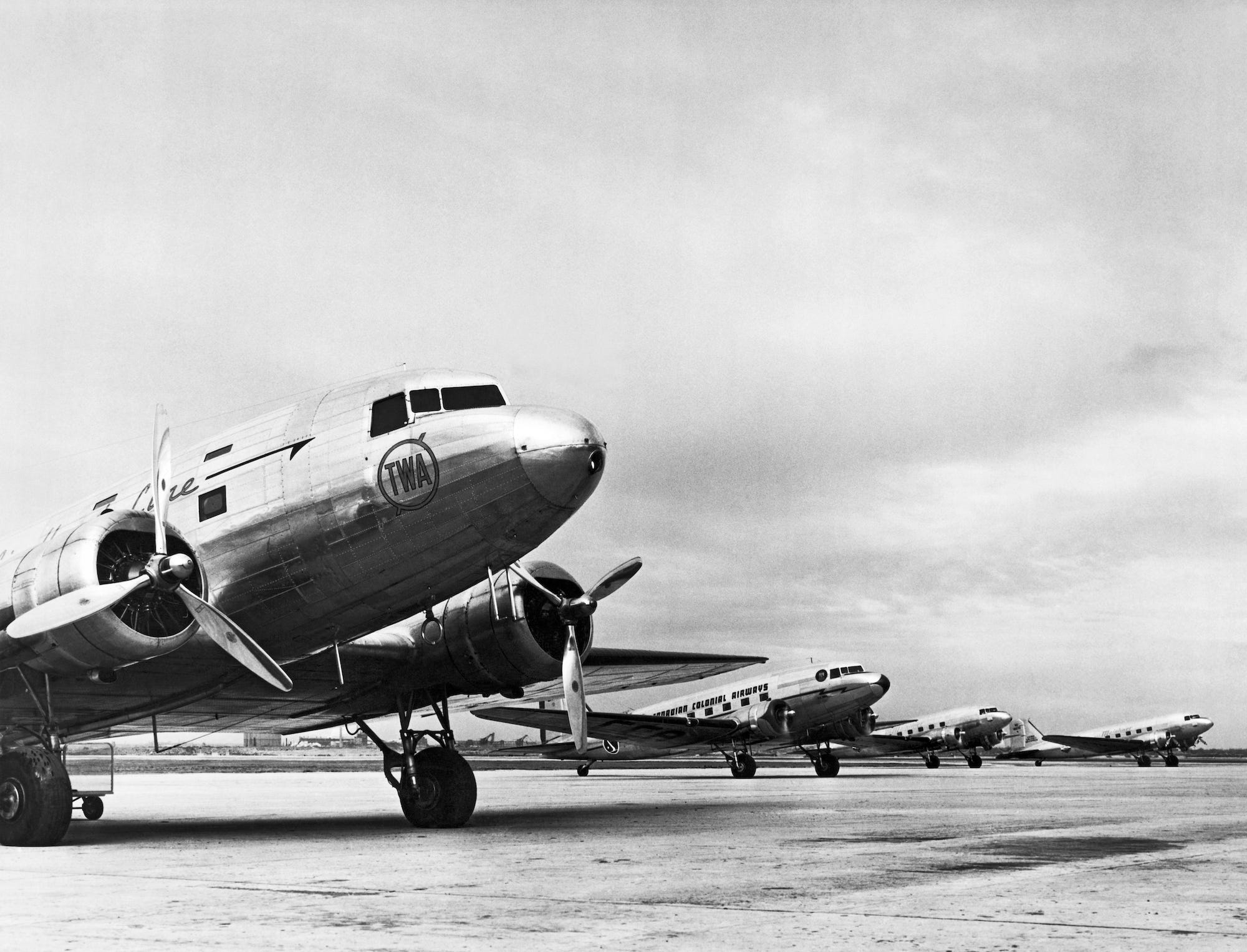 But the radio was met with silence, and the plane was never seen again.

That same year, a British Avro Tudor plane dubbed “Star Tiger” vanished in the Bermuda Triangle without a trace. 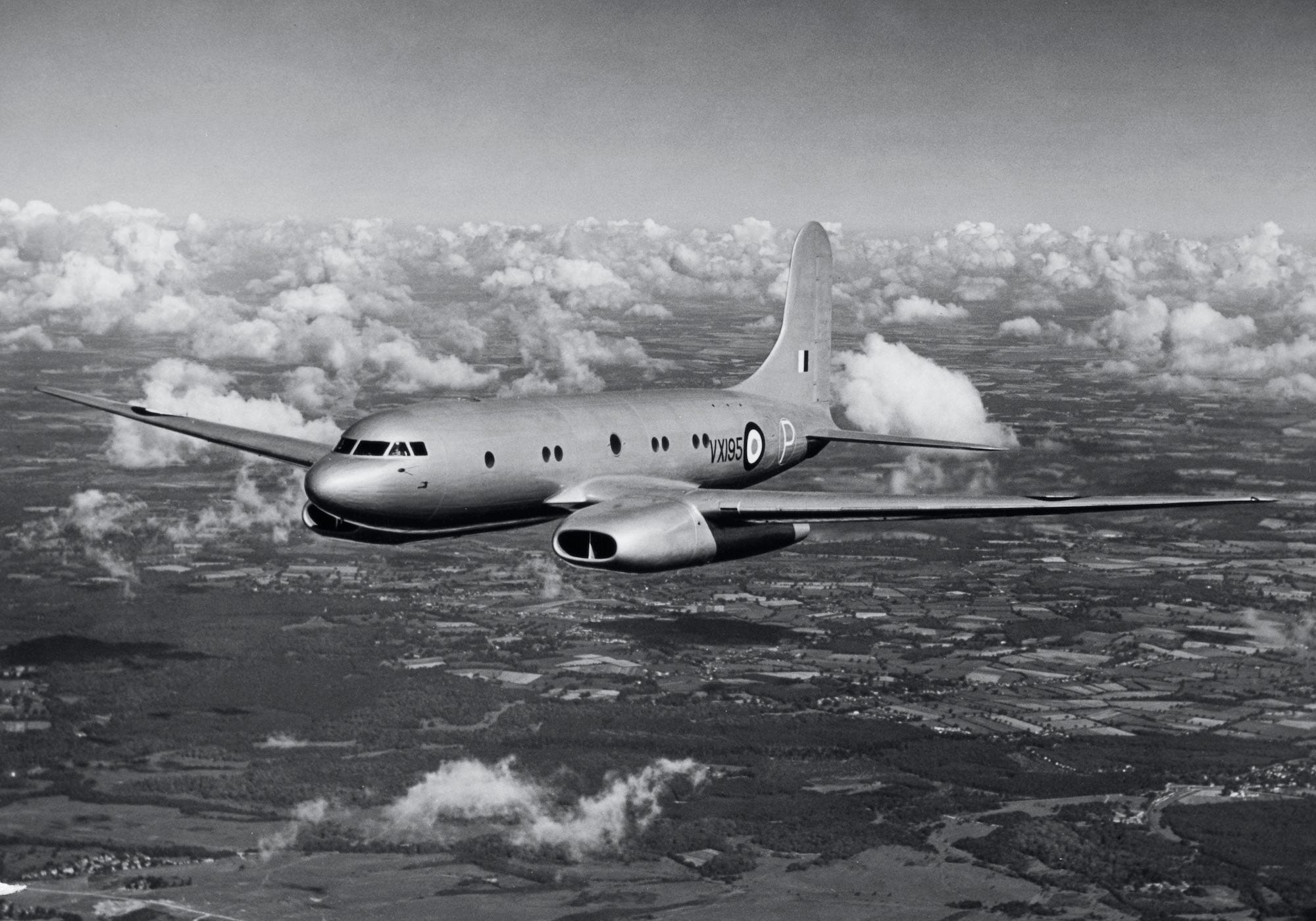 Twenty-five passengers and six crew members were on board, and no wreckage or information was ever found.

According to BBC News, the official report concluded that “What happened in this case will never be known and the fate of Star Tiger must remain an unsolved mystery.”

One year later, in 1949, a G-AGRE plane dubbed “Star Ariel” departed from Bermuda to Kingston, Jamaica. But the flight suddenly lost communications when it switched over to Kingston frequency above the Bermuda triangle. Though the weather was clear and the flight appeared to be on track, it was never seen or heard from again. 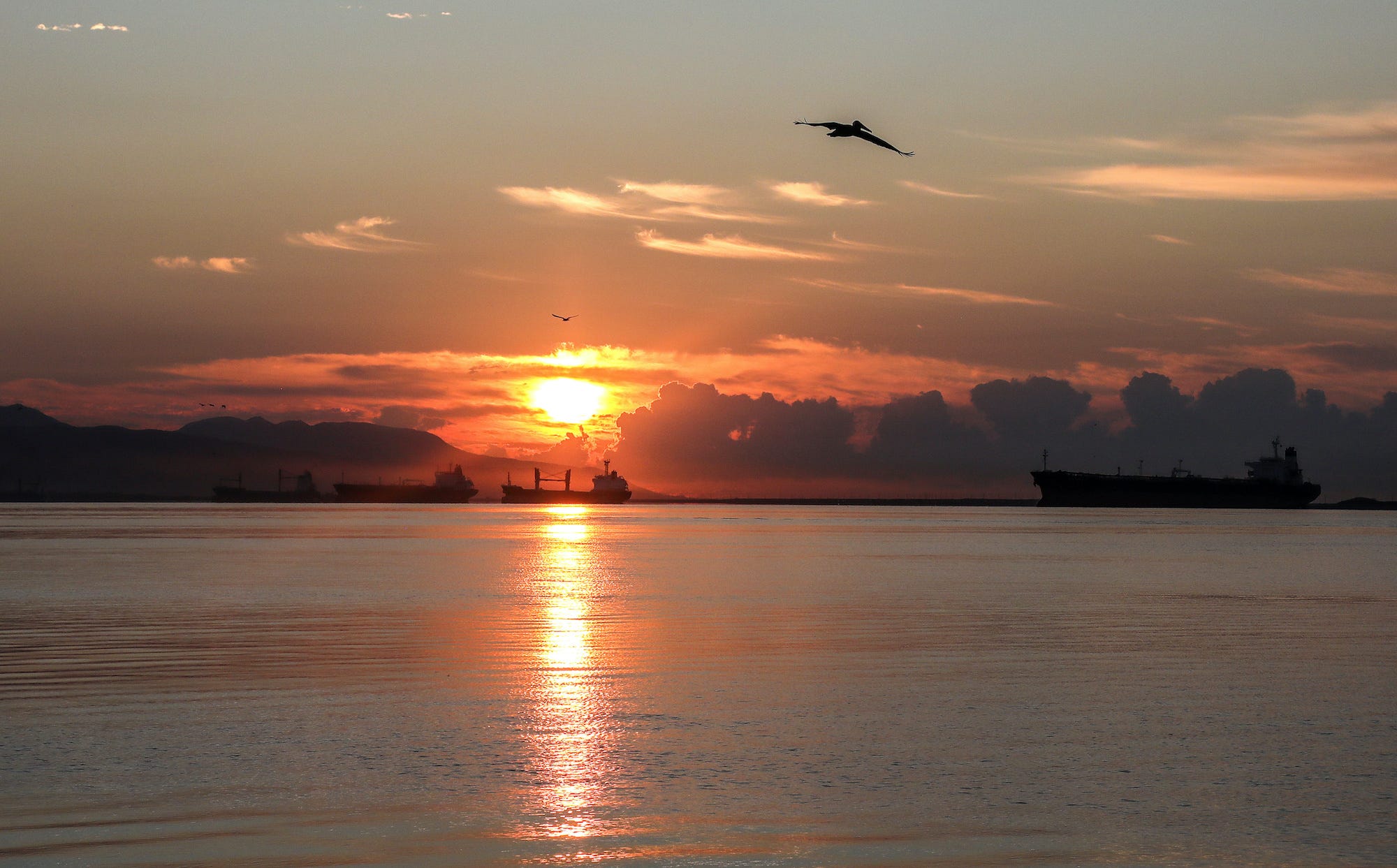 In 1963, the SS Marine Sulphur Queen, a large tanker ship carrying 39 passengers and molten sulphur, was last seen near the southern coast of Florida. After more than two weeks of looking, the rescue team only found a few pieces of debris and life preservers. 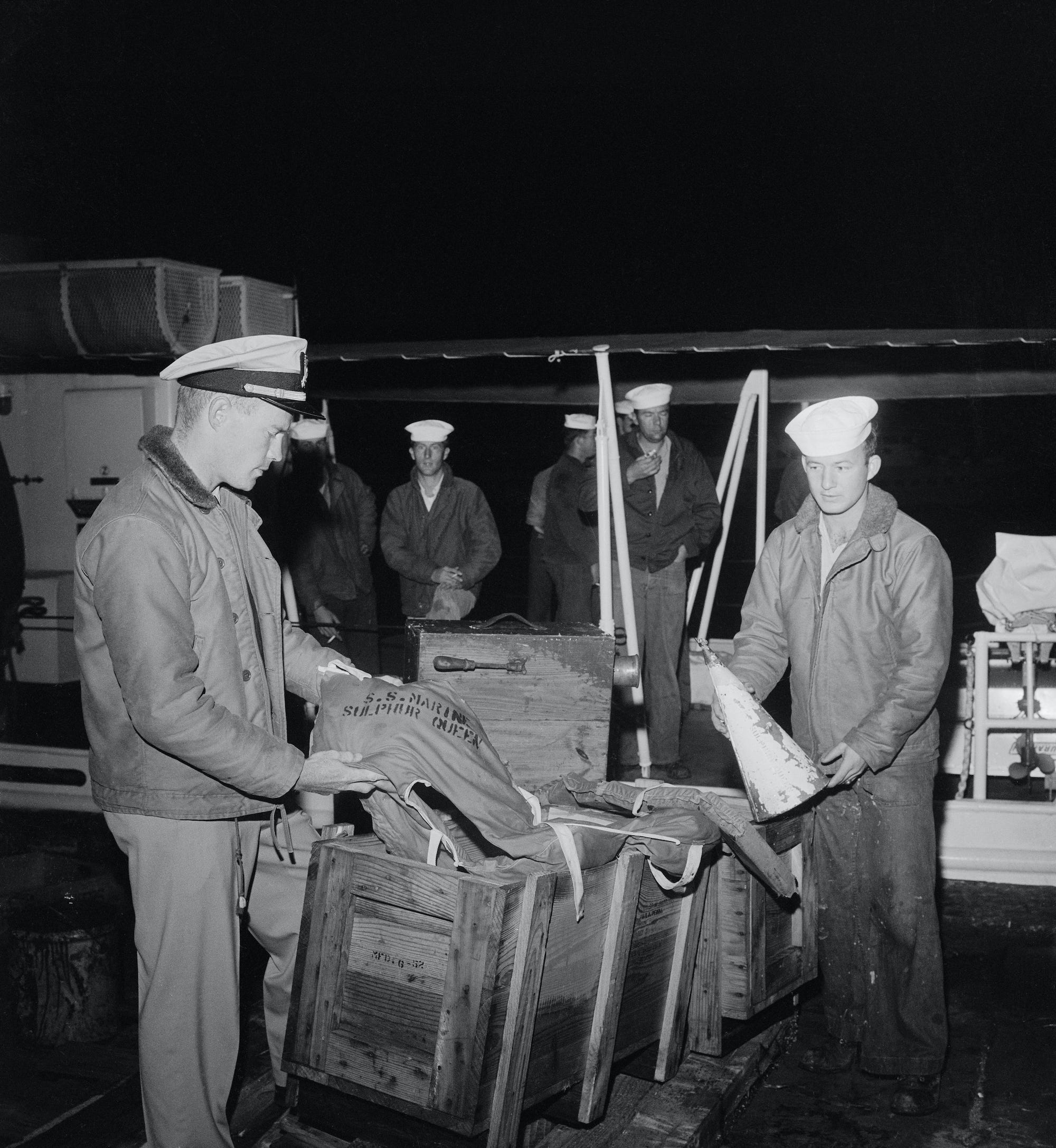 Getty ImagesTwo life preservers and a foghorn with the name ‘S.S. Marine Sulphur Queen’ painted on them are examined by Coast Guardsmen here.

The phrase “Bermuda triangle” was officially coined by Vincent Gaddis in a 1964 pulp magazine article titled “The Deadly Bermuda Triangle.” 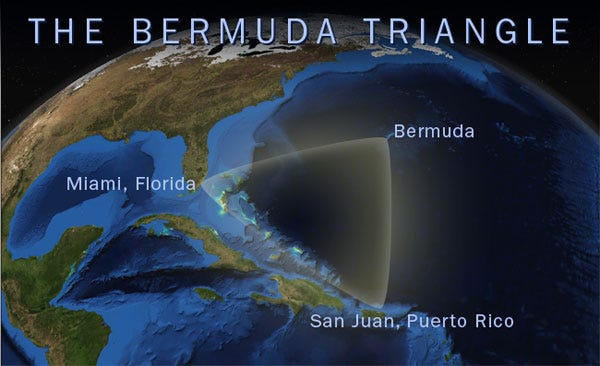 In his story, Gaddis outlined several mysteries of the Triangle, heightening the theory that this stretch of ocean is a treacherous zone.

In 1967, the people on the 590-foot cargo ship Sylvia L. Ossa became victims of the Triangle’s mysteries when the ship suddenly disappeared with 37 people on board. Though debris including life preserver and a lifeboat was found, the ship itself was never again detected. 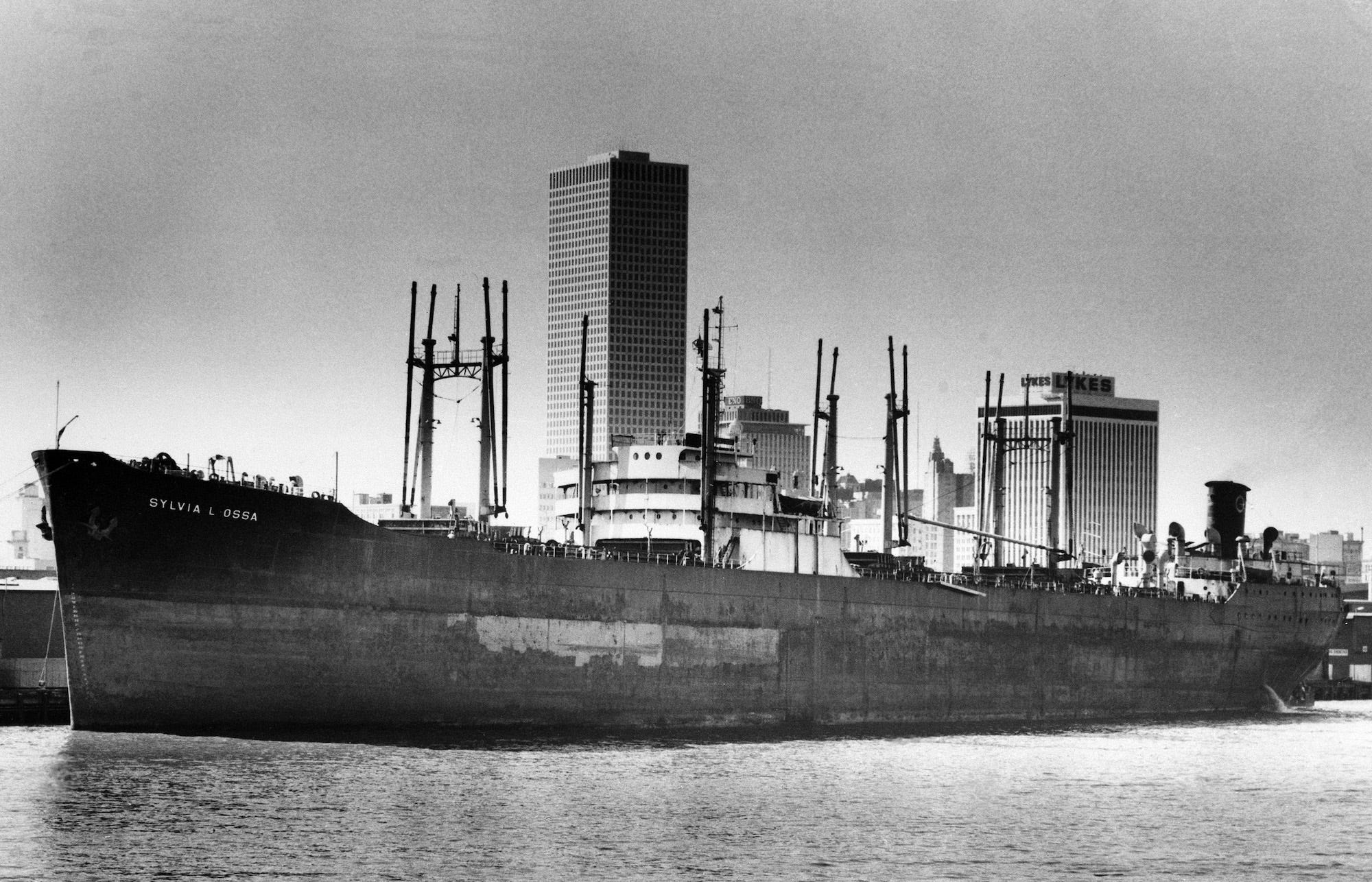 AP PhotoThe Coast Guard is still searching for the Panamanian cargo ship ‘Sylvia L. Ossa’ in the infamous Bermuda Triangle where it was reported mission with 37 crewmen.

In 1978, an experienced pilot named Irving Rivers departed from the US Virgin Islands on a solo flight to pick up passengers in St. Thomas. The weather was calm and Rivers was just one mile from landing when his signal lights suddenly disappeared from the radar. A search team was sent to look for him, but the plane was never found. 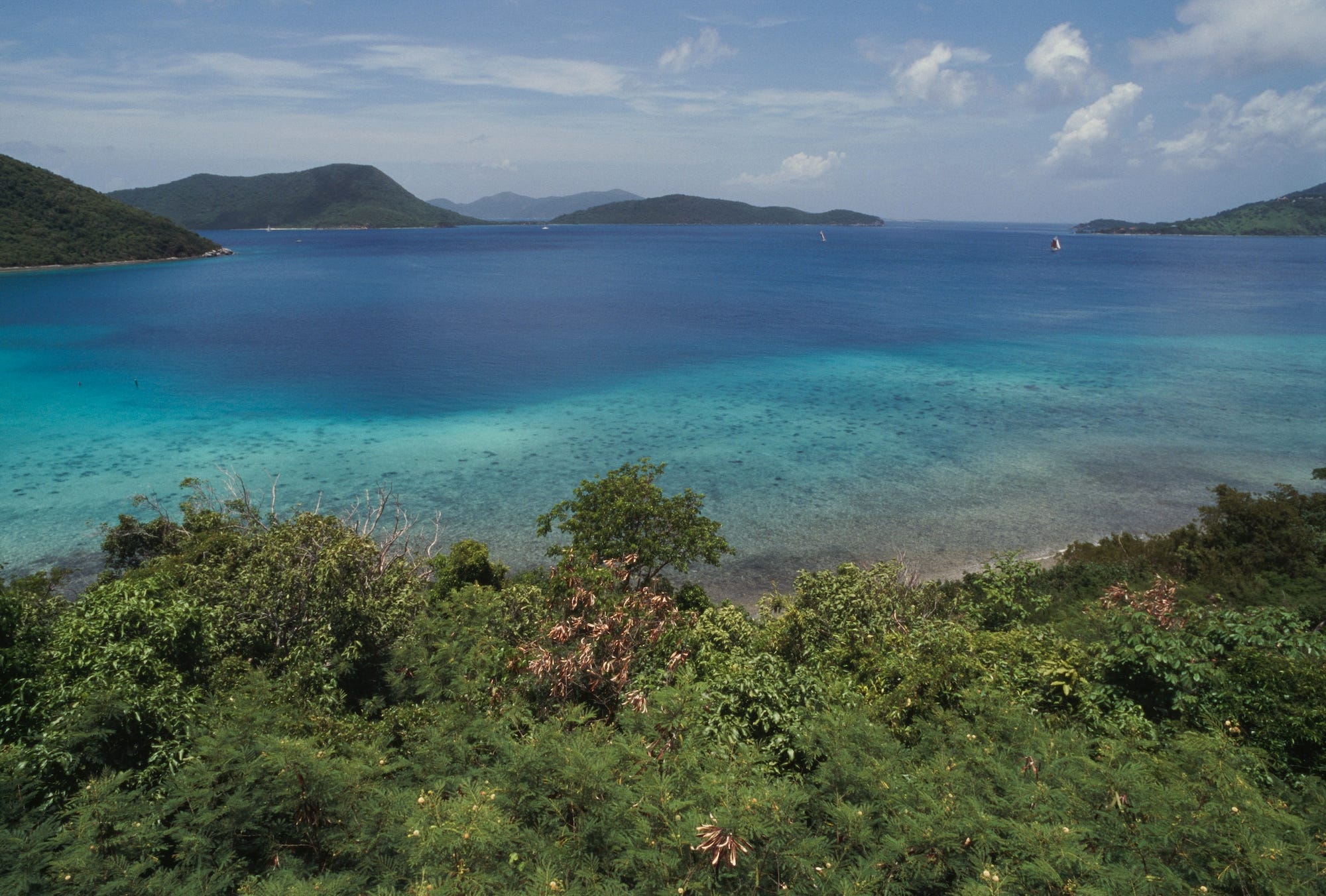 Getty ImagesView of St. Thomas Island, where passengers awaited a plane that would never come.

In 1984, a Cessna plane departing from Fort Lauderdale, and en route to an island in the Bahamas, completely vanished from radar signals before dropping down into the ocean. There were no radio signals issued, and though one woman claimed to have seen the plane plunge into the water, no wreckage was ever found. 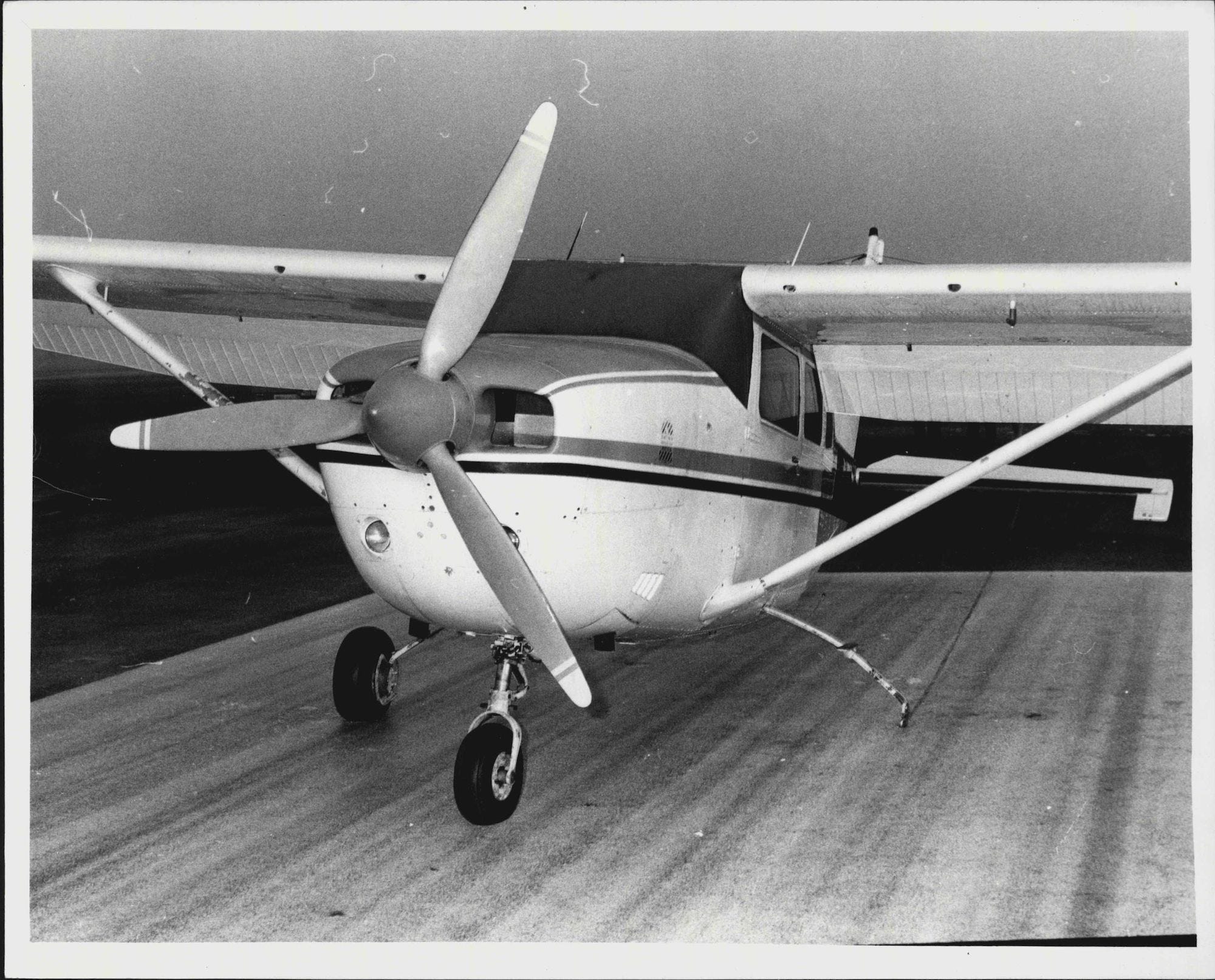 Theories about the Bermuda Triangle have been rampant for decades. Some suggest the Triangle’s mysteries are a result of alien activity. Others believe it’s the powerful workings of the mythical underwater city Atlantis. 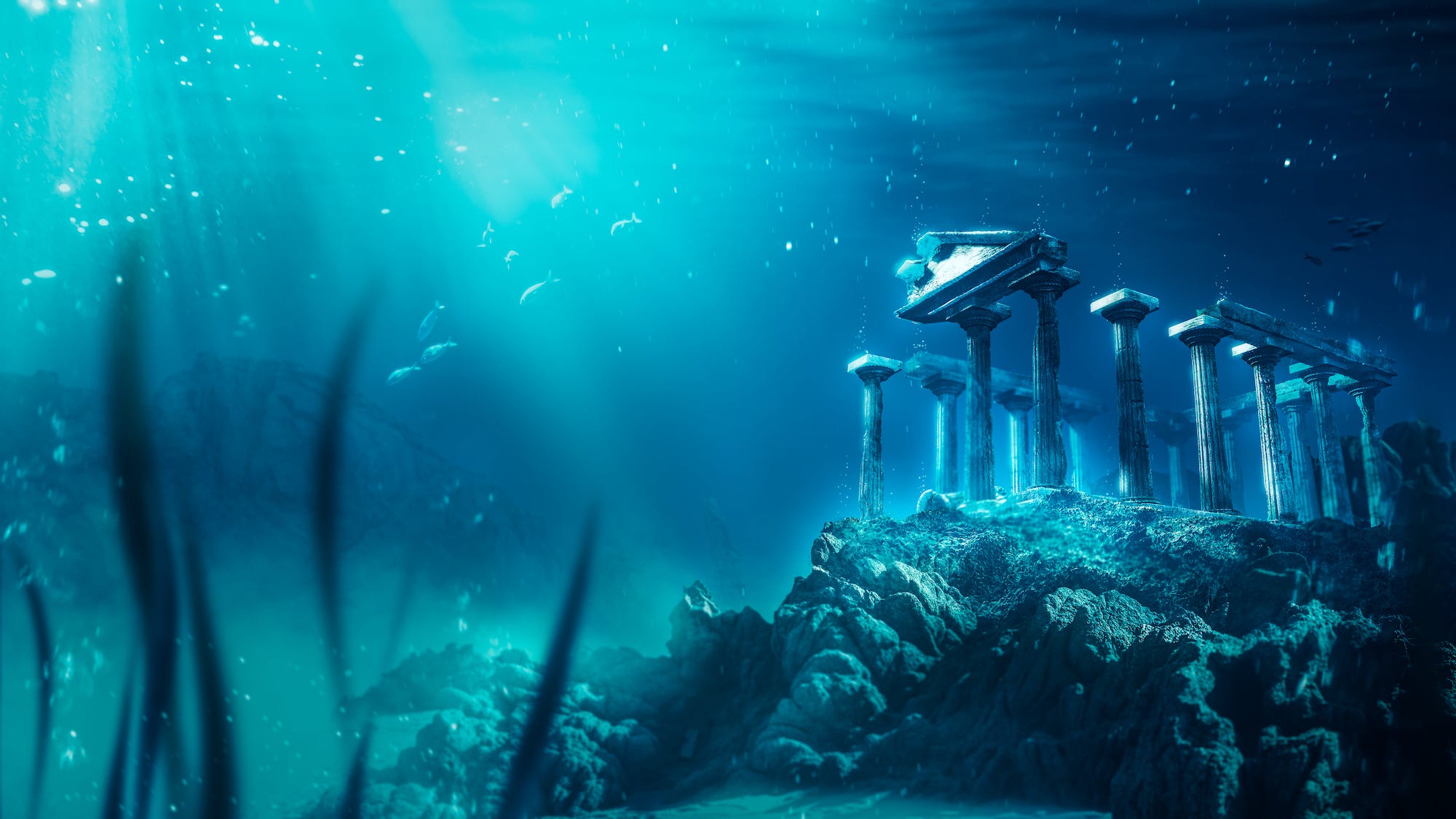 Fer Gregory/Shutterstock3D illustration inspired by the legend of the lost city of Atlantis, underwater city, rendering

But Bermuda Triangle stories have been proven to be more fiction than fact. The US government has never recognised this area of ocean as an actual, threatening location, and there is no evidence to suggest that disappearances occur with any more frequency in the Triangle than in other large stretches of ocean. 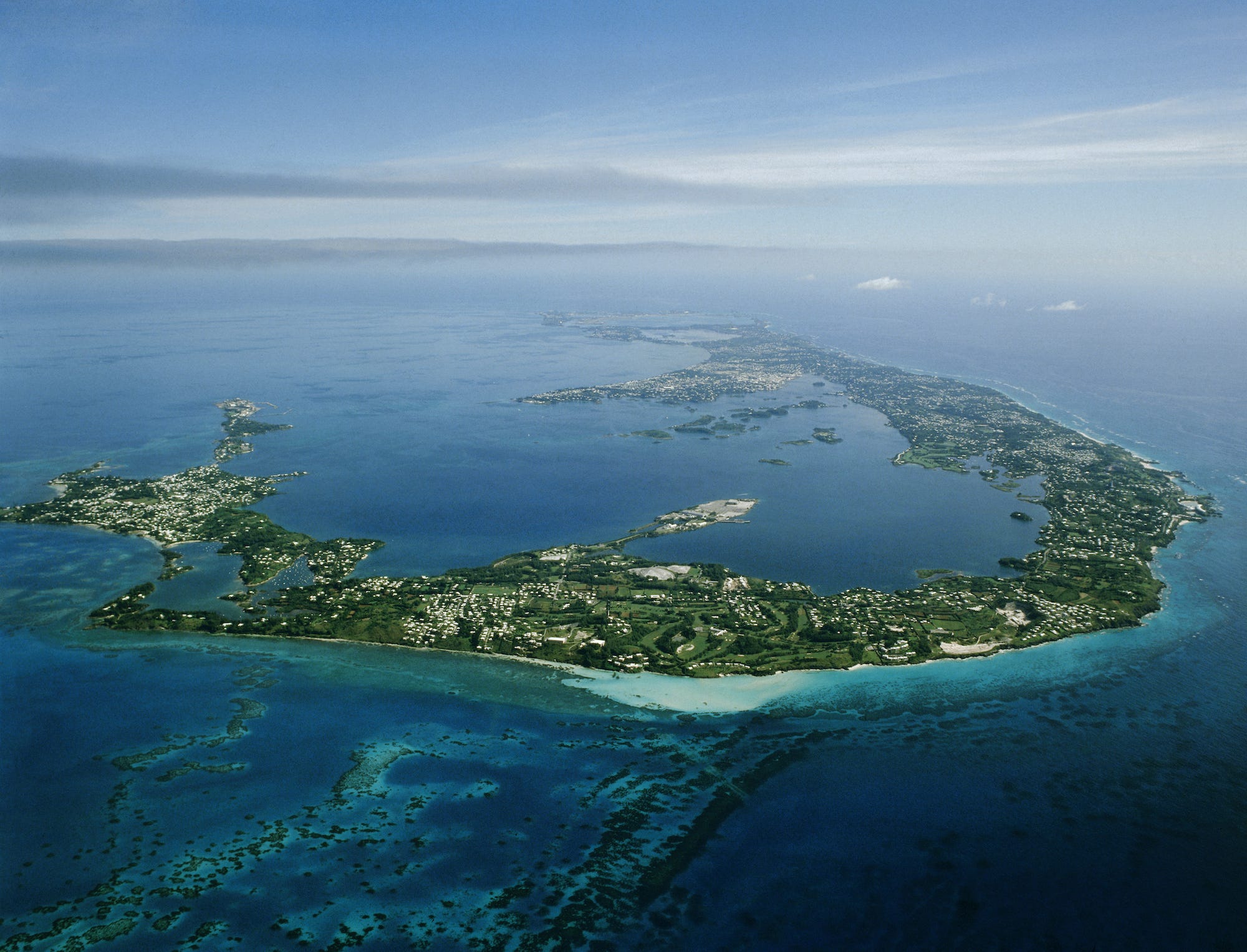 Getty ImagesAerial View of the Island of Bermuda.

Scientists have attributed these many disappearances to rapid and severe weather changes, shallow waters, and methane gas eruptions in the seafloor. 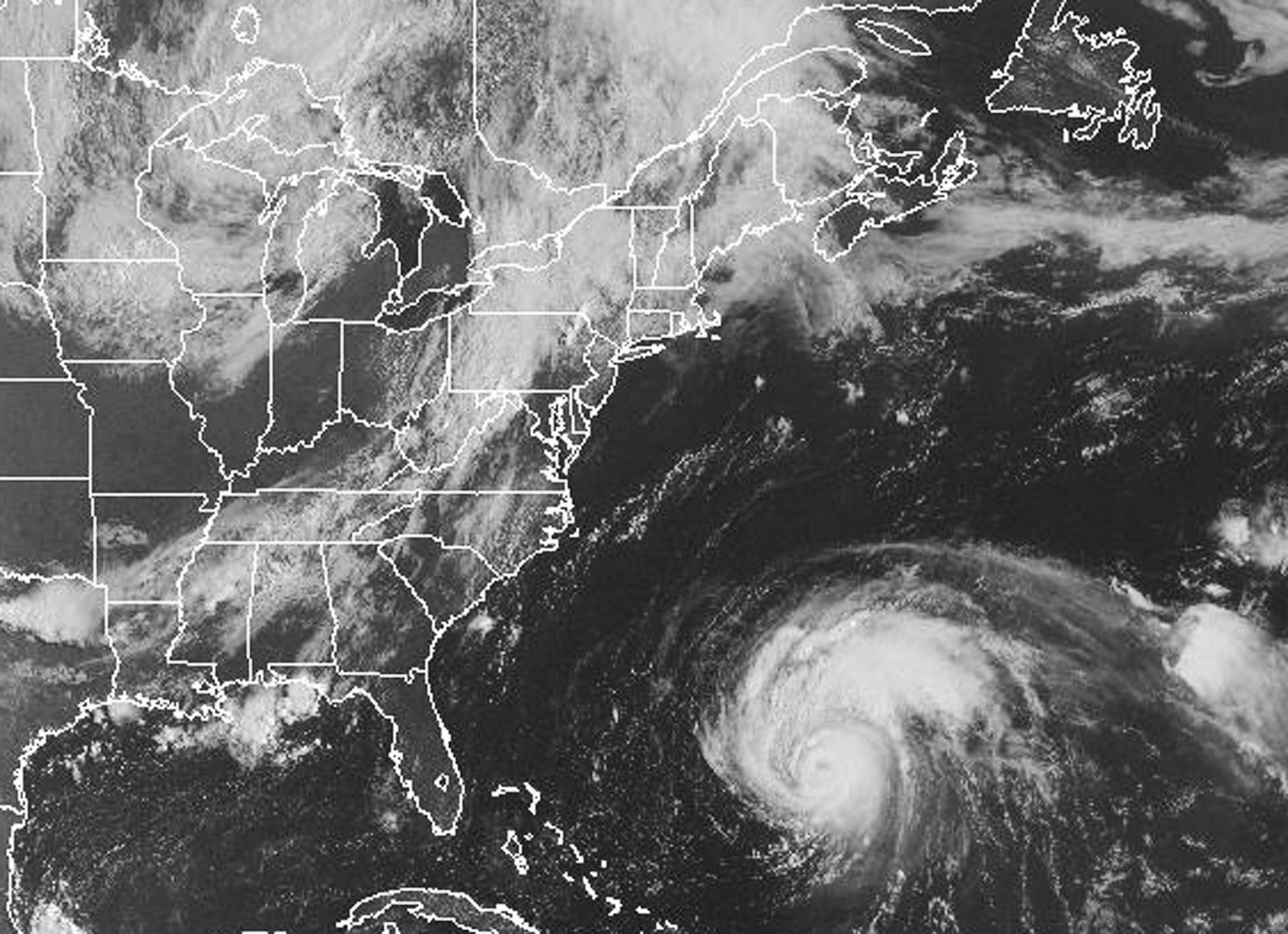 NOAA via Getty ImagesHurricane churning in the waters near the Bermuda Triangle.

On January 31, 2020, the wreckage of the SS Cotopaxi was found off the coast of Florida. 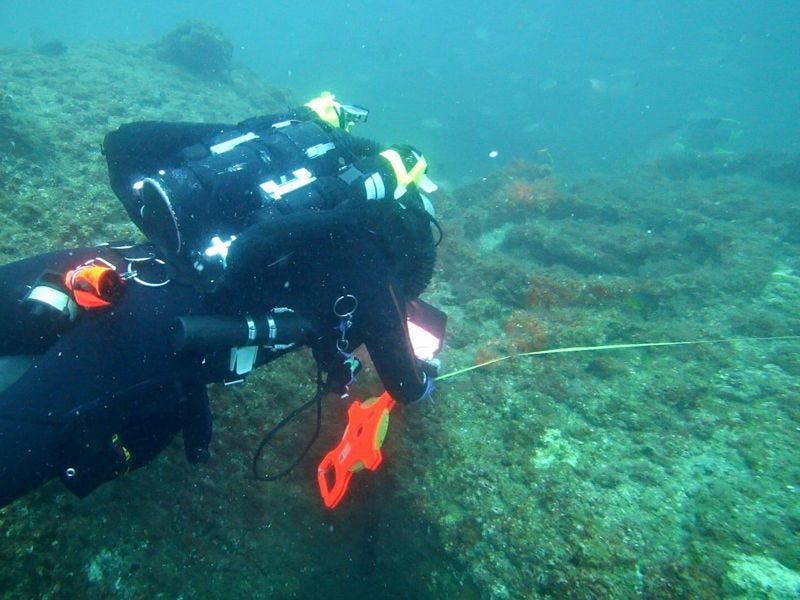 Science ChannelResearchers diving to discover more about the wreckage of the SS Cotopaxi, which disappeared nearly 100 years ago.

Many had believed that the ship initially disappeared in 1925 because of mysterious reasons related to the Bermuda Triangle.Its discovery finally put those theories to rest.