What is an Ethernet cable? Here's how to connect to the internet without Wi-Fi and get a speedier connection

Professor25/Getty ImagesEthernet cables, which connect your devices directly to your internet router, can speed up your connection.

But if you’ve been using the internet for a while – or you have a desktop computer that you don’t use Wi-Fi for – you’ll probably be using an Ethernet cable instead. Ethernet cables are wires that physically connect your computer to a router or modem.

Ethernet cables can seem clunky or restricting, but they can substantially improve the speed and stability of your internet.

Here’s what you need to know about Ethernet cables, how they work, and what makes them a handy alternative to Wi-Fi.

An Ethernet cable ‘hardwires’ your computer to an internet connection

An Ethernet cable, sometimes referred to as a network cable, is a cord that runs from a router, modem, or network switch to your computer, giving your device access to the local area network (LAN) – in other words, giving it internet access.

The benefit of hardwiring your internet connection is that it’s faster and more consistent. Without walls or other objects blocking your Wi-Fi signals, you don’t have to worry about sudden drops in internet speed.

Gaming with an Ethernet cable means less lag and faster loading times for multiplayer games. And every major game console can connect with an Ethernet port – although to connect a Nintendo Switch, you’ll need an adapter. 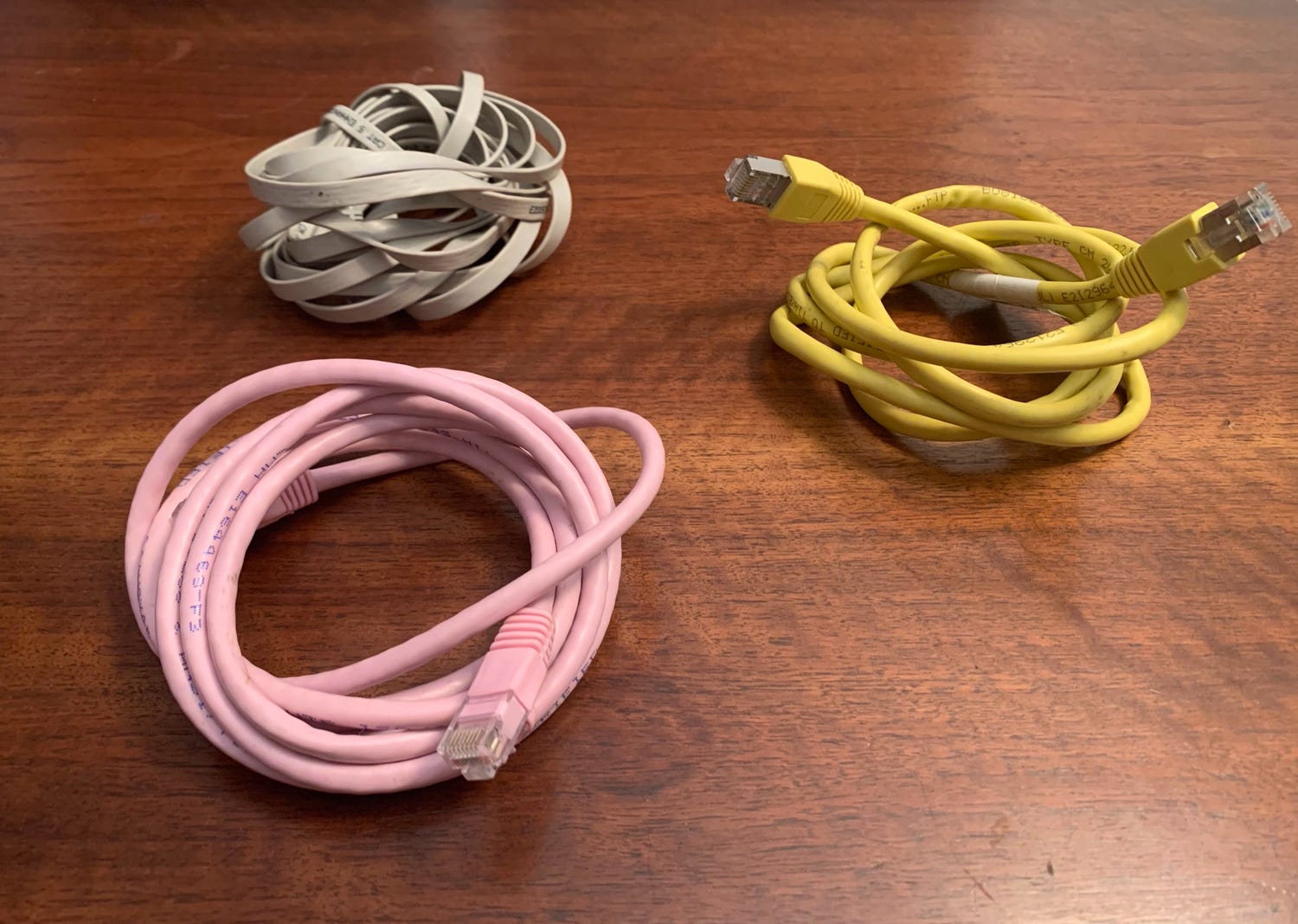 Emma Witman/InsiderEthernet cables come in sizes as long or short as you’d need.

Just be careful not to unplug your cable while you’re using it, as doing so will disconnect you from the internet instantly. Luckily, Ethernet cables are made to snap snugly into place, so it’s hard to pull them out accidentally.

Ethernet cables come in a range of lengths and colors, but both sides of the cord are the same, regardless of the brand of cable or device you’re hardwiring. 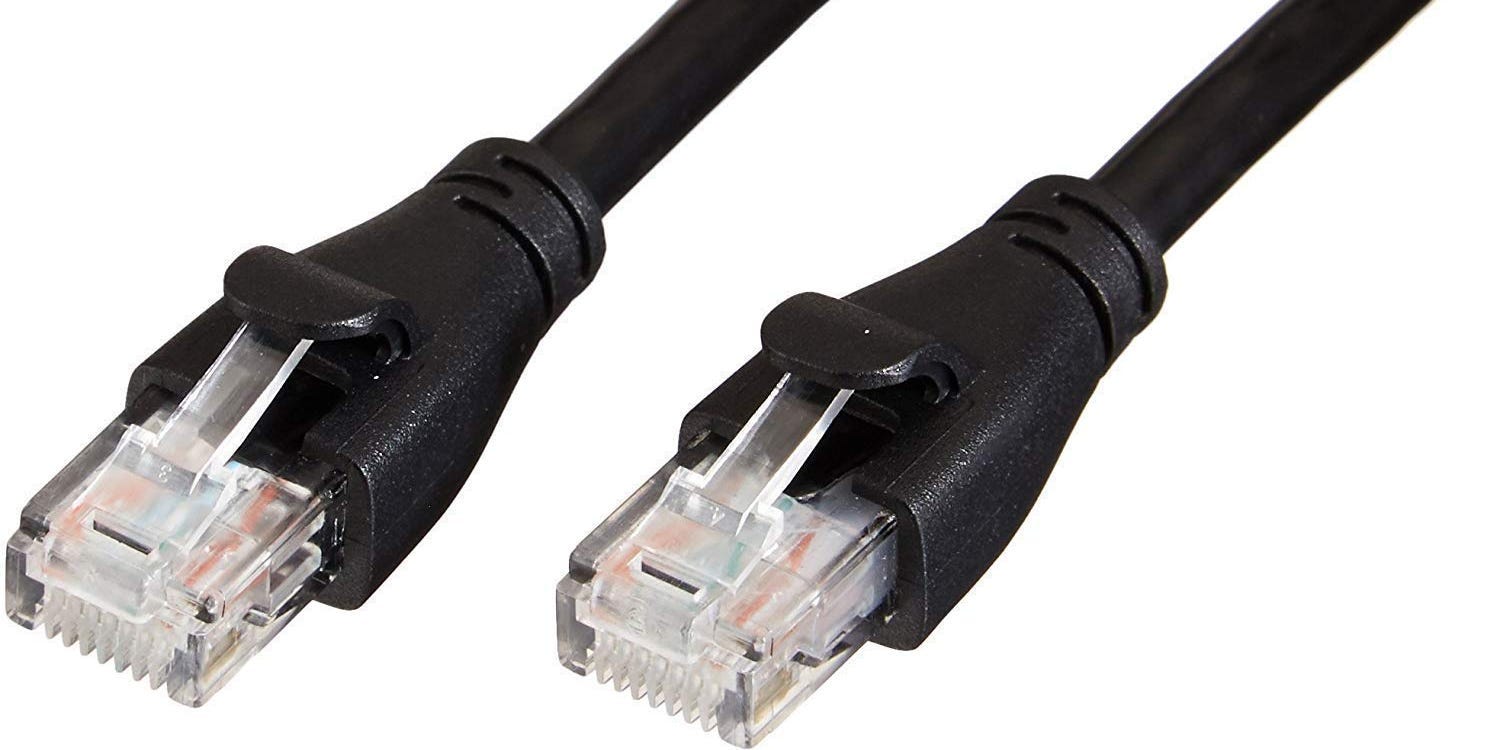 Ethernet accessories can help you connect any device

Although newer, slender models of laptops don’t tend to have Ethernet ports, you can still utilize an Ethernet cable with a USB or USB-C adapter. 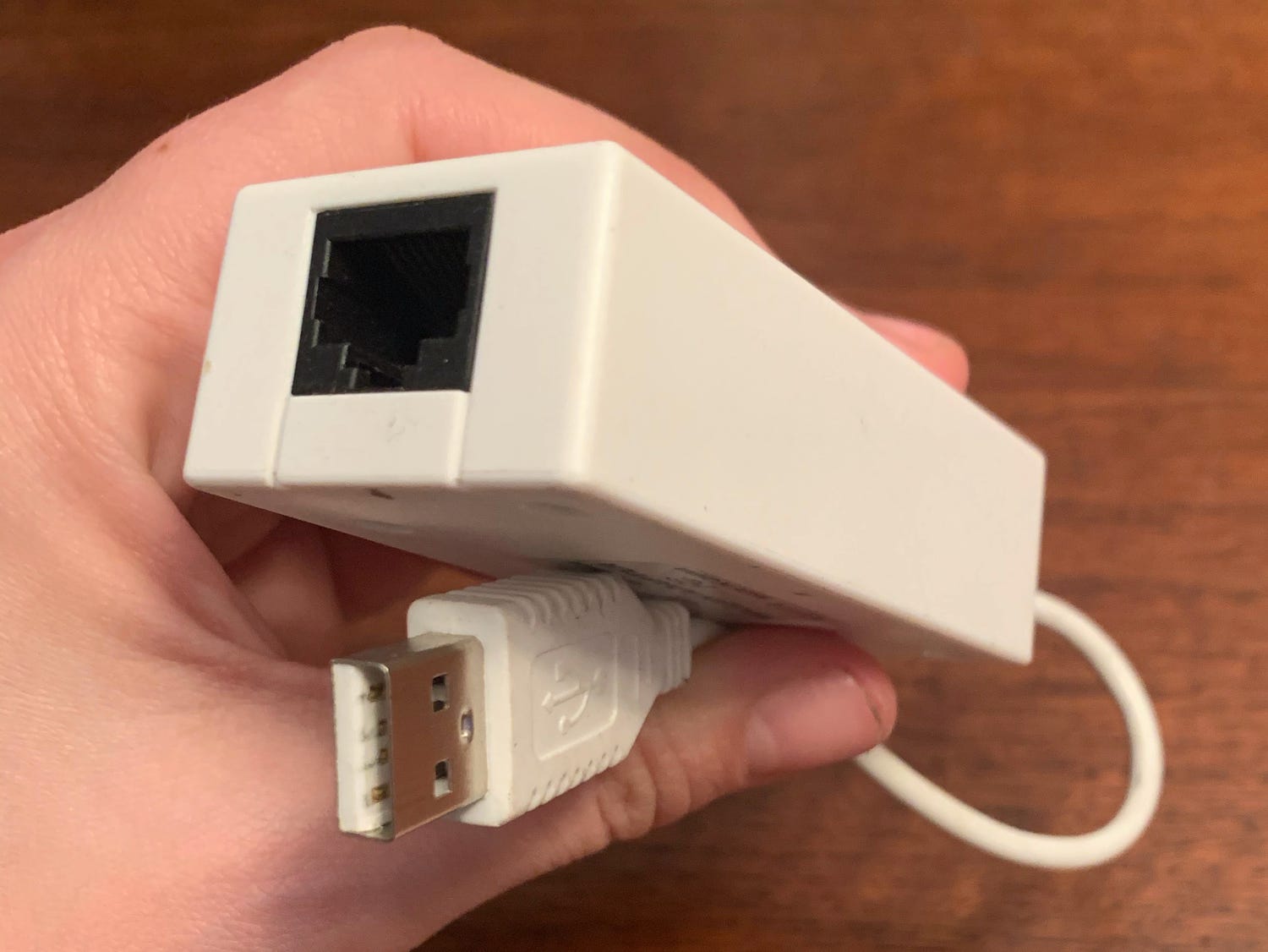 Another common accessory to pair with an Ethernet cable is a network switch. This add-on lets you convert an Ethernet connection into multiple ones, allowing you to, for instance, hardwire both your Xbox and Chromecast to the internet at the same time. 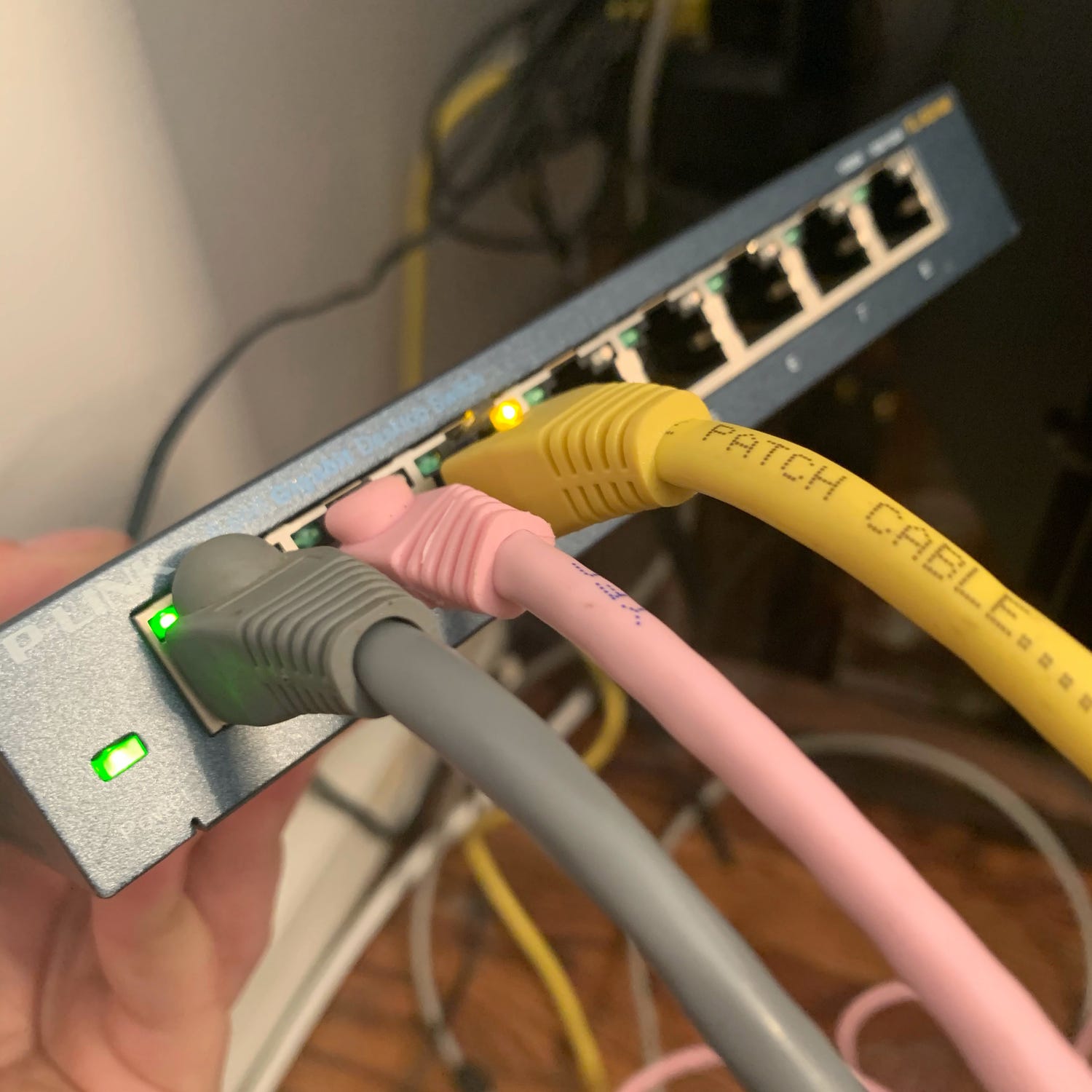 Emma Witman/InsiderA network switch, which connects to the router via Ethernet, allows multiple devices to be hardwired to the internet at once.