What is a stutter? The science behind Joe Biden's speech disorder and how it's treated 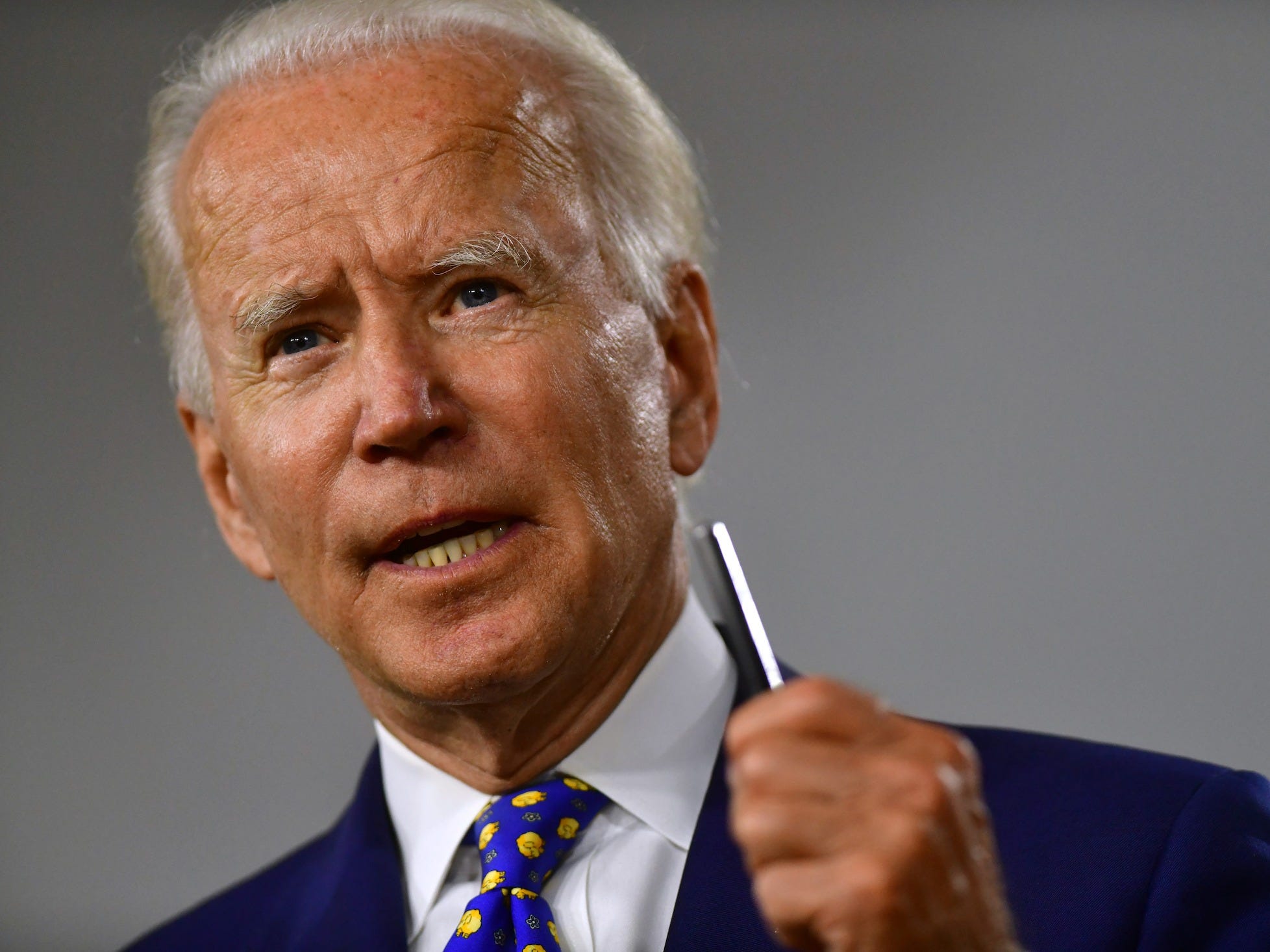 Presidential hopeful Joe Biden brought audience members to tears last week at the Democratic National Convention after he appeared on-air with Brayden Harrington, a 13-year-old with a stutter.

Brayden said that Biden, who had opened about his lifelong journey with stuttering during a CNN town hall in February 2020, helped him overcome the embarrassment he faced because of his stutter.

“It’s really amazing to hear that someone became vice president [despite stuttering],” Brayden said. “He told me about a book of poems by Yeats that he would read out loud to practice.”

Biden has repeatedly been the subject of ridicule for his stutter, particularly by President Donald Trump.

“Things that people cannot control, it’s not their fault,” Biden said during the town hall earlier this year. “No one has a right, no one has a right to mock it and make fun of it, no matter who they are.”

Here is everything you need to know about stuttering and the stigma people with stutters face.

A stutter is caused by a mix of genetic, neurological, and social factors

While all speech disorders or “impediments” (though the term impediment is not commonly used anymore) develop for different reasons, stutters are typically caused by a combination of genetic, neurological, and environmental factors.

“Stuttering can be thought of as a neurological ‘glitch’ – broadly speaking, the neural processes that are involved in speech, at times, don’t function like those in non-stuttering speakers,” Jackson said. “The speaker knows precisely what he or she wants to say, but in that moment, their body temporarily prevents them from producing speech.”

Stutters impact 4% of the population, including Marilyn Monroe and Samuel L. Jackson

About 4% of people have stutters, including a variety of other prominent figures.

Samuel L. Jackson told Vanity Fair he didn’t speak for over a year during his childhood because he was severely bullied for his stutter, and still stutters to this day (though swearing “mother f—–” helps.)

Actress Marilyn Monroe stuttered for most of her childhood and two years into high school. While she was able to navigate it with speech therapy, her stutter noticeable reappeared in her last film “Something’s Got to Give” because of personal stress.

Other famous people like Bruce Willis, James Earl Jones, and BB King have all opened up about their stutters and the bullying they faced because of it.

It can be easier to pronounce some words than others

Biden faced backlash for switching to saying “my boss” rather than “Obama” during the CNN town hall in February.

“What many perceived as Biden ‘forgetting’ Obama’s name was actually Biden’s attempt to get through stuttering as quickly and comfortably as he could in that moment,” Jackson said.

While Biden didn’t confirm this moment had to do with his stutter, but others, including Jackson and The Atlantic’s John Hendrikson, who has a stutter, took note of the moment.

Stutters are treated using speech and cognitive-behavioural therapies, but family is particularly important

According to the Mayo Clinic, stutters can be treated using a mix of speech therapy, cognitive-behavioural therapy, and parent-child support (which Biden cited as being particularly important during his speech on his stutter in February).

Dr. Amit Bajaj, an associate professor of communication sciences and disorders at Emerson College, told Insider speech therapy consists of two primary factors: teaching people to detect the moments their stutter is being triggered and to develop a more amicable or emotionally neutral relationship with their stuttering.

“[The first part is] teaching people how to become more self-aware of where the breaks are so they can learn to regulate the physical tension in speech,” Bajaj said. “The other big component of it, frankly, is counseling: to manage internal reactions to it and to reduce avoidance behaviours that complicate the condition.”

Internal moments of stress, which can be triggered by bullying or public speaking, can make a stutter even more pronounced. In order to avoid the stigma, Jackson said, people with stutters may stop speaking altogether.

“One of the most difficult aspects of stuttering is its covert nature – people can’t always see stuttering because people who stutter, especially older kids and adults, learn to hide it due to the stigma,” Jackson told Insider. “This hiding involves stalling, switching words, or not speaking altogether, to name a few.”

Bajaj said the role stigma can play in making a stutter more apparent is what makes family and community support one of the most important parts of treatment.

“I think the thing to emphasise to me is that stuttering is much more than breaks in your speech, it is a very vital component of a person’s life experience,” Bajaj said. “And I think when we understand that we understand it in a more holistic way.”

Those ‘Biden is senile’ attacks now seem like a huge mistake

I have a speech impediment. Here are 3 important things I’ve learned from it.