Of course, some SPACs do better than that. For example,Virgin Galactic Holdings (SPCE) â€” a particularly high-profile offering â€” has appreciated 146% in the year since it went public via a SPAC in October 2019.

Why SPACS are becoming popular

SPACs embarked on their newly respectable road in the mid-2010s. Big-name entrepreneurs, hedge-fund managers, and celebrities like Richard Branson, Bill Ackerman, and Michael Jordan became involved in them, as did mutual fund companies like Fidelity and T. Rowe Price, and investment banks like Morgan Stanley, Credit Suisse, and Goldman Sachs.

Certainly, the COVID-19 pandemic has been a factor. SPACs tend to fare better in periods of stock market decline because of the way they work.

Also, compared to a traditional IPO, SPACs offer certain advantages to sponsor-organisers and to the companies who want to go public. One is the streamlined disclosure requirements that save time, money, and trees.

SPAC IPOs are further turbocharged because there are fewer people involved. A traditional IPO involves “multiple investors negotiating with issuers and underwriters simultaneously, about specific terms like the offering price, executive compensation, underwriter rights, and multiple other issues,” says Tyler Gellasch, executive director of Healthy Markets Association, a nonprofit, investor educational coalition. “But in a SPAC, it’s often just the sponsor and the target company at the table.”

So deals can move faster.

How to invest in SPACS

Getting into a SPAC is not as simple as buying regular equities: Hedge funds, mutual funds, and other deep-pocketed institutional investors typically find out about a new SPAC first. “It helps if a would-be investor has an existing relationship with a SPAC sponsor,” says Tyler Gellasch.

But if Michael Jordan isn’t among your contacts, there are other ways to break into the world of SPACs:

A SPAC is definitely not “a ‘widows and orphans’ investment,” according to Gellasch. “For one thing, you may be tying up your money for a year or more without knowing what the ultimate investment will be. The sponsor and institutional investors may know â€” at least generally â€” what they’re looking to do with the funds, but the small investor will likely be in the dark.”

“Until a deal is announced, the investor is just hoping that a good merger will happen,” Ritter adds. And of course, there are no guarantees as to returns after it does. SPACs are speculative animals. They tend to acquire growth companies â€” start-ups and fledgling firms â€” which, by their nature, are higher-risk than, say, established blue-chip companies.

Still, SPACs offer smaller investors a way to get into the IPO game â€” if not up in front with the big players, at least not too far behind them. 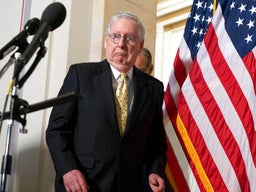 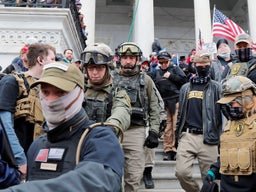