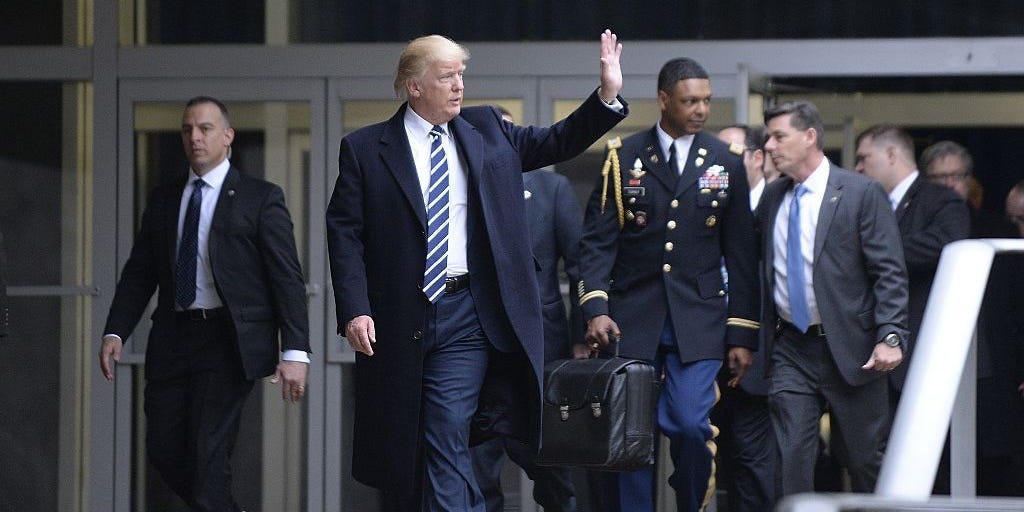 An important yet discreet part of the inauguration of a new president is the transfer of command and control authority over the US nuclear arsenal, but President Donald Trump does not plan to attend President-elect Joe Biden’s inauguration, which could complicate matters.

Trump said Friday that he “will not be going to the Inauguration on January 20th.” He did not say where he will be instead.

So what happens to the “nuclear football” that accompanies the president if Trump doesn’t show? How does it get to Biden?

“That’s a good question,” Hans Kristensen, a nuclear weapons expert at the Federation of American Scientists, told Insider. “It is an unprecedented situation.” In the nuclear age, no president has skipped their successor’s inauguration.

The president has the sole authority to conduct a nuclear strike, and wherever he goes, he is accompanied by a military aide carrying a briefcase called the “president’s emergency satchel,” more commonly known as the nuclear football.

Every president since John F. Kennedy has been accompanied by the aide carrying the hefty briefcase, which gives the commander in chief the ability to command US nuclear forces while away from physical command and control centres. 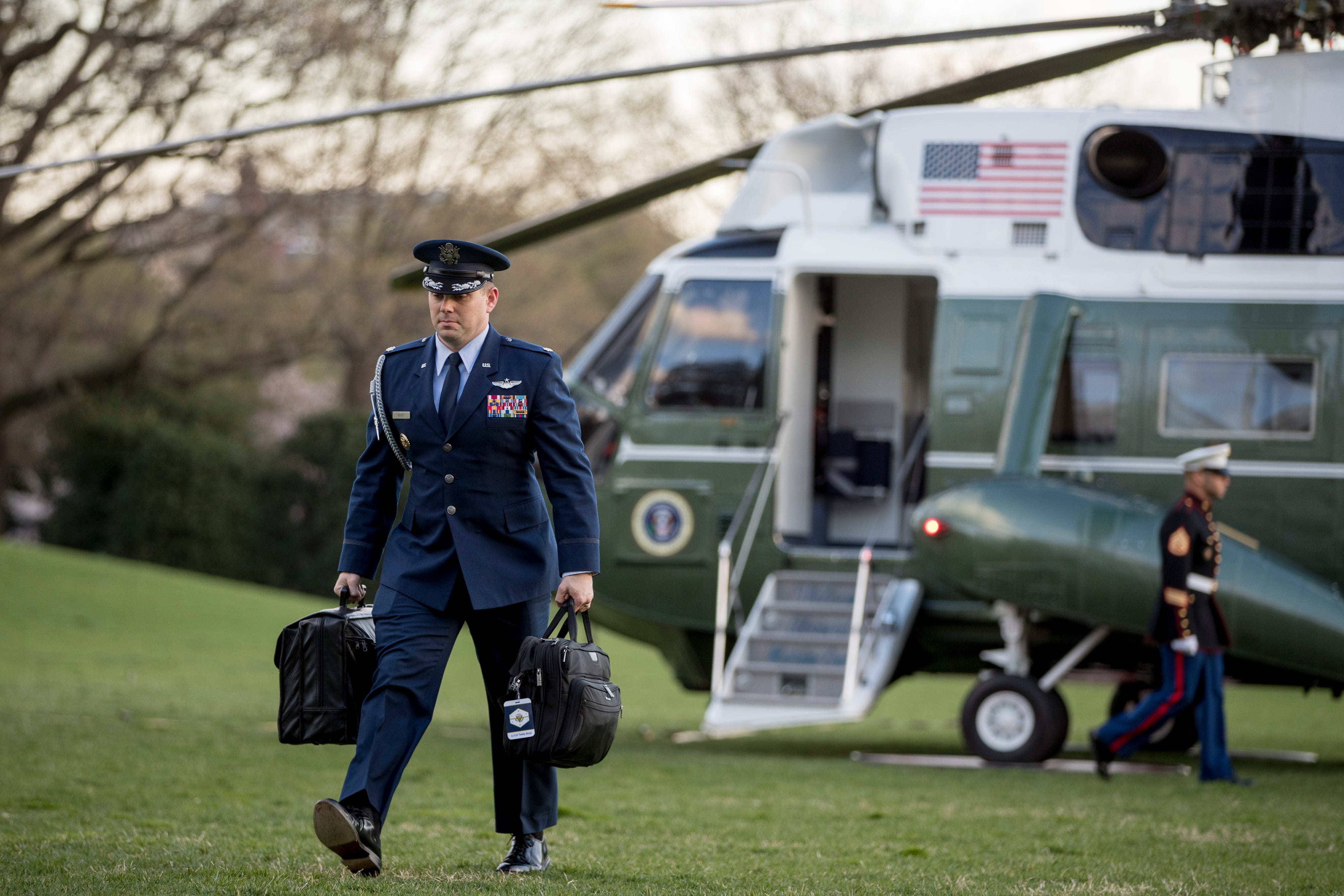 Separate from the football, presidents carry a card, sometimes called the “biscuit,” on their person containing authentication codes. In a nuclear conflict, the president would use the codes in coordination with the tools in the briefcase to identify himself to the military and order a nuclear strike.

Incoming presidents are typically briefed on their nuclear responsibilities before taking the oath of office. Then, during the inauguration, the codes they received that morning or the day before become active, and control of the football is quietly and seamlessly passed to the new president.

Trump described that moment as “sobering” and “very scary,”telling ABC News in 2017 that “when they explain what it represents and the kind of destruction that you’re talking about, it is a very sobering moment.”

The transfer of the nuclear football is supposed to occur at noon as the new president is sworn in. The military aide who has been carrying the briefcase hands it off to the newly designated military aide, former Vice President Dick Cheney said in a past Discovery documentary. This traditionally happens off to the side and is not a part of the show.

If Trump is not at the inauguration, then the transfer process will be different. Still, the transfer will need to be instantaneous, said retired Air Force Lt. Col. Buzz Patterson, who carried the football for former President Bill Clinton.

“That’s the way it has to be,” he told Insider. “For the process to work, you have to have this clear handing off of responsibilities.” He said that how that happens would be up to the Pentagon, which serves the office of the commander in chief, not the man.

A Pentagon spokesperson told Insider the Department of Defence had a plan for the transfer on Inauguration Day but declined to provide any further details.

“We war game this stuff, and we practice it ad nauseam for years and years,” Patterson said. “There are systems in place to make sure that happens instantaneously. There won’t be any kind of question about who has it, who is in charge at that point in time.”

“We don’t take this stuff lightly,” he added. “There won’t be any kind of hiccup. It will just go down without anybody even noticing, which is what is supposed to happen.”

Kristensen, the nuclear weapons expert at FAS, speculated that the plan could resemble plans in place for situations in which a president is suddenly killed or incapacitated, situations in which nuclear command and control authority and all accompanying equipment have to be immediately transferred to the vice president or another designated survivor.

Stephen Schwartz, a nonresident senior fellow with the Bulletin of the Atomic Scientists, discussed what would happen to the nuclear football if Trump did not attend the inauguration with the Centre for Arms Control and Non-Proliferation in December.

Schwartz, known for his research on the nuclear football, said there was more than one football. In fact, he explained, there are at least three of them â€” for the president, vice president, and a designated survivor.

He said that if another nuclear football had not already been prepared, one likely would be before the inauguration. There would be a military aide ready then to begin following Biden as soon as he is sworn in. And, at that time, Trump’s nuclear command and control authority would expire.

“Hopefully President Trump will be there and it will be just a handoff, which is what it’s been for decades,” Patterson said, adding that if he didn’t, “it’s not that big of a deal” because the military will make sure that the transfer occurs as needed.

Note: This post, which was first published on December 15, has been re-posted following Trump’s announcement on Friday, Jan. 8, that he will not attend Biden’s inauguration.