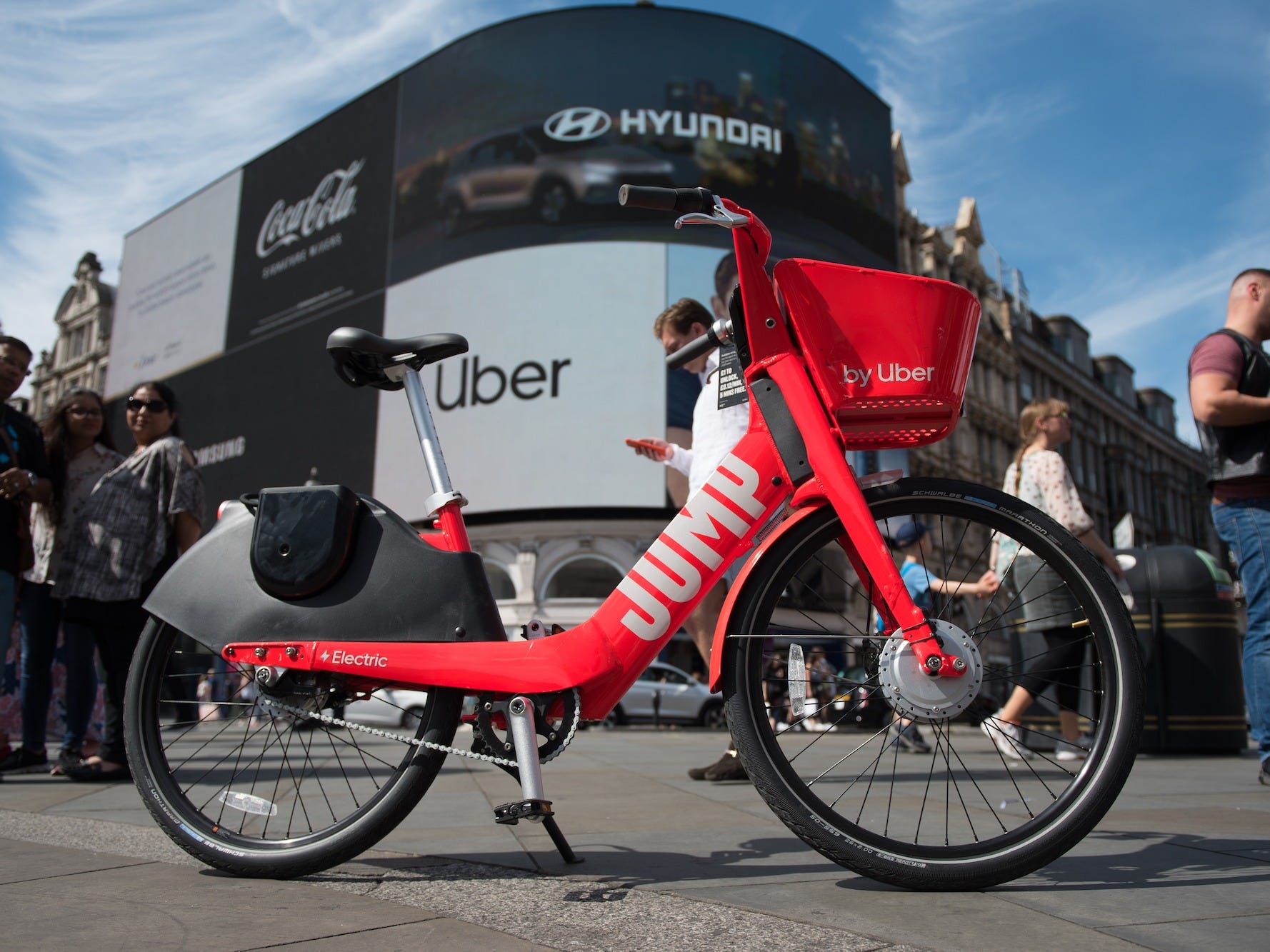 The Jump bike was bred out of a vision to make bicycles more accessible to everyone as an alternative to the car.

The company’s electric bike design was an impressive piece of tech – it ran smoothly, and the bikes were convenient and more user-friendly since they didn’t have to be docked in designated stations.

Jump only spent two years of its 10-year lifespan at Uber. But according to a report from Vice’s Aaron Gordon on Tuesday, that was enough to spell its downfall.

The Jump bike’s creator and other founding team members left Uber in January, while most of Jump’s employees were laid off when Uber sold Jump to rival Lime. Shortly after, footage surfaced of tens of thousands of the red-coloured machines being disposed of.

Here’s how the Jump bike went from being the brainchild of a reportedly scrappy, spirited, and mission-driven company to ending up being scrapped for parts two years after Uber bought it for $US200 million in 2018.

Before the firm was dubbed Jump, it was a scrappy contractor called Social Bicycles. 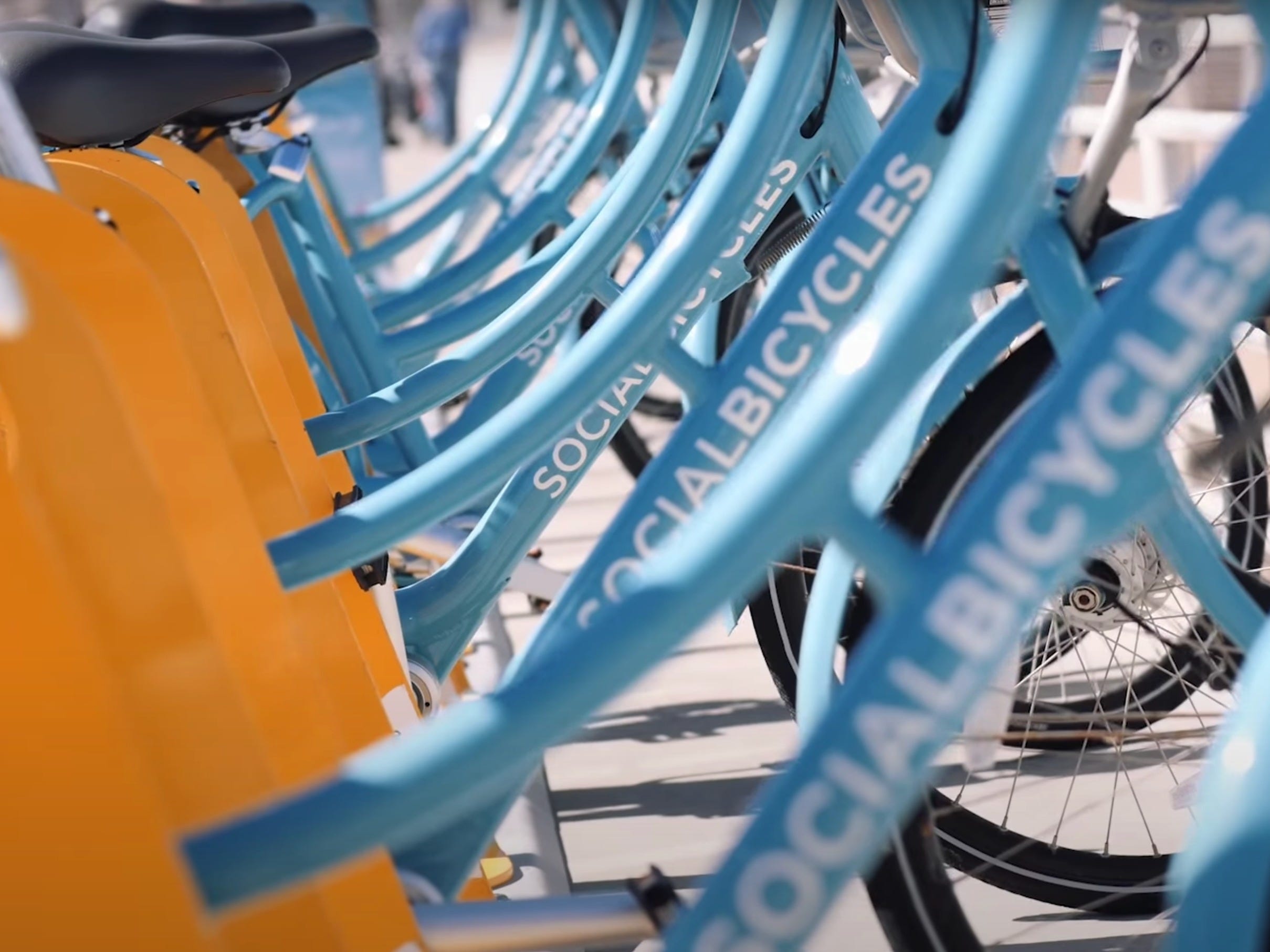 Founder Ryan Rzepecki was inspired by the Parisian bike-share service Velib, according to a June report from Vice’s Aaron Gordon. 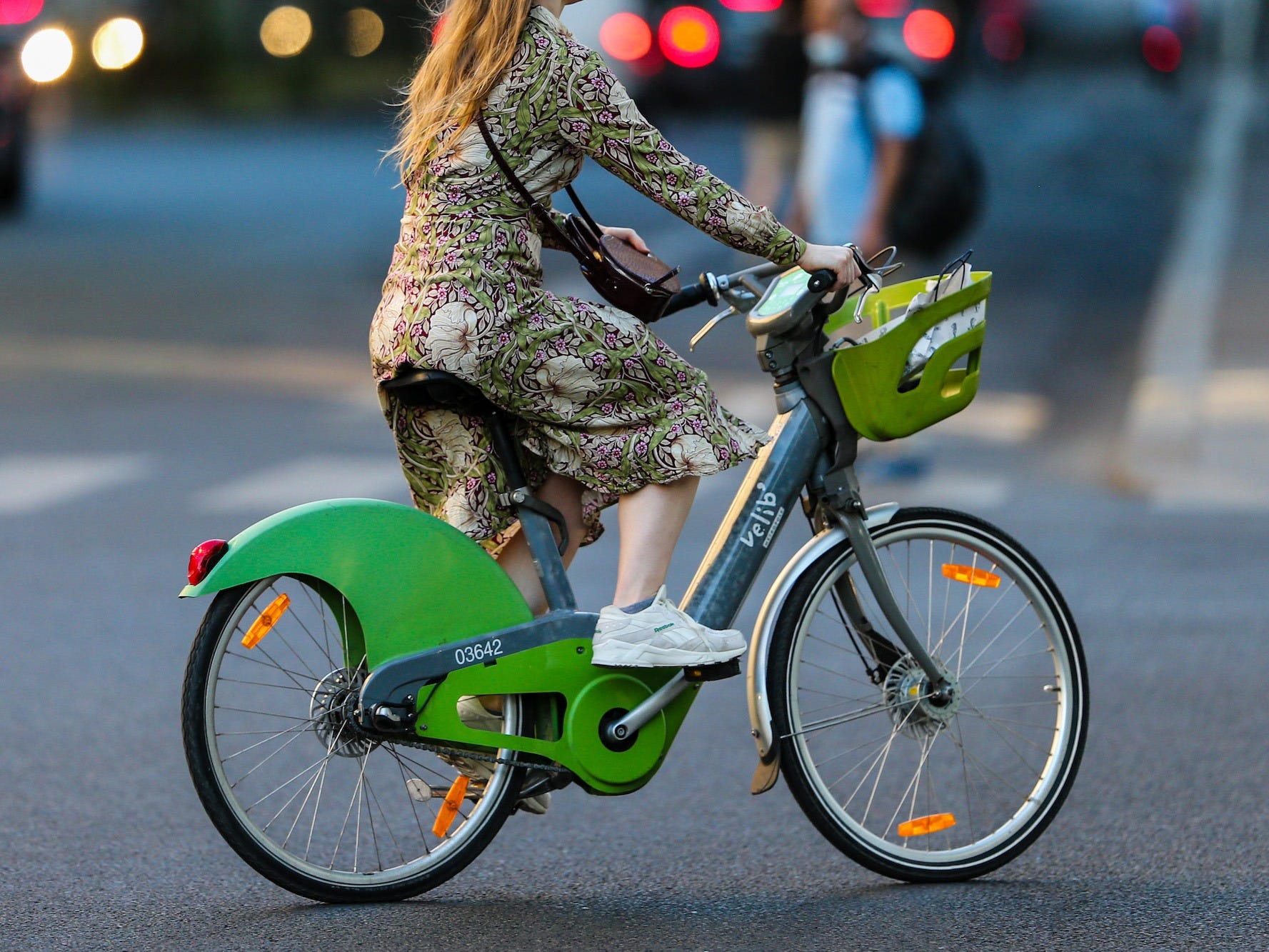 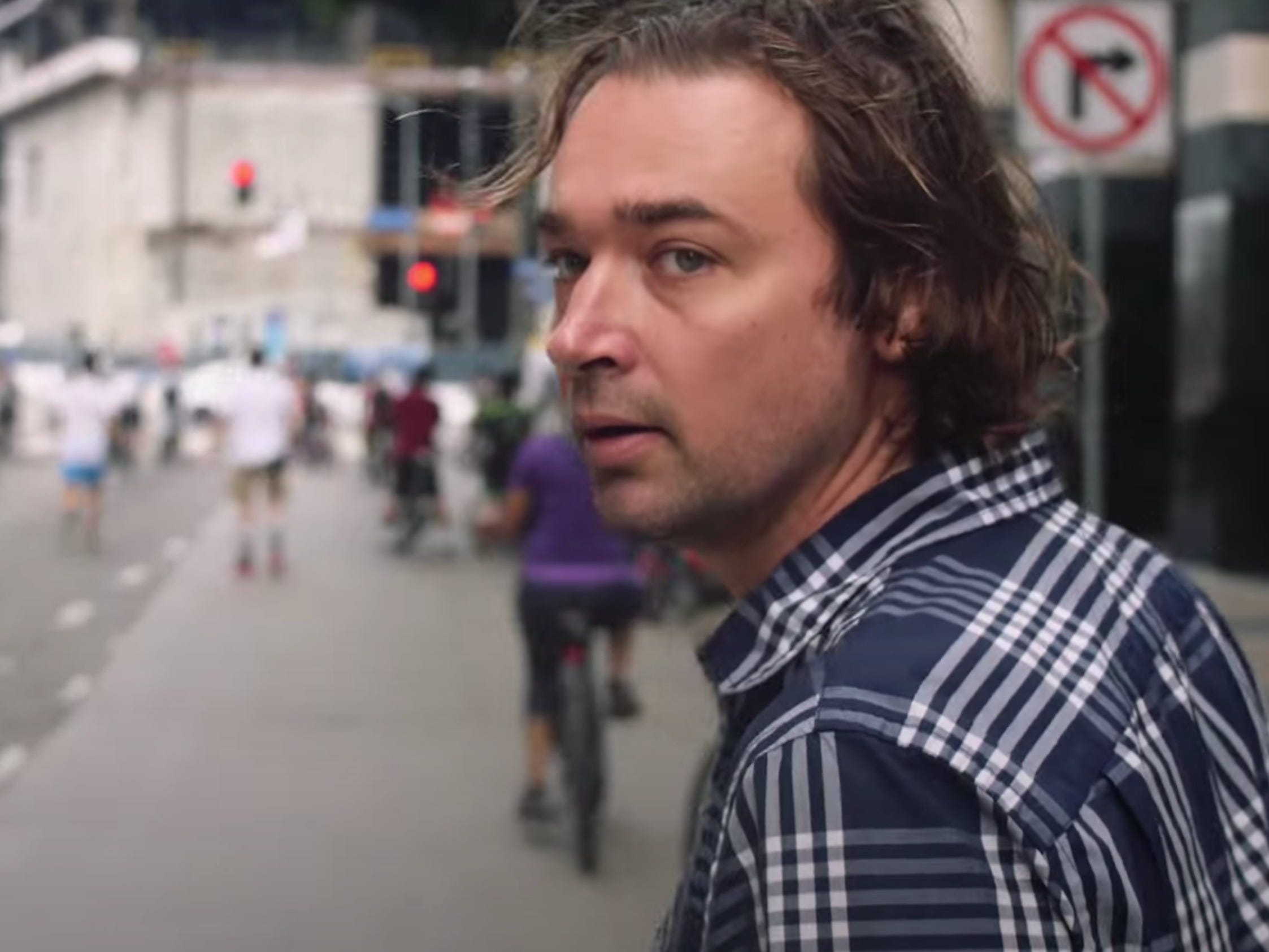 Instead of the bikes being directly available to consumers, the company set out to offer cities the chance to purchase the company’s bikes and docking stations. 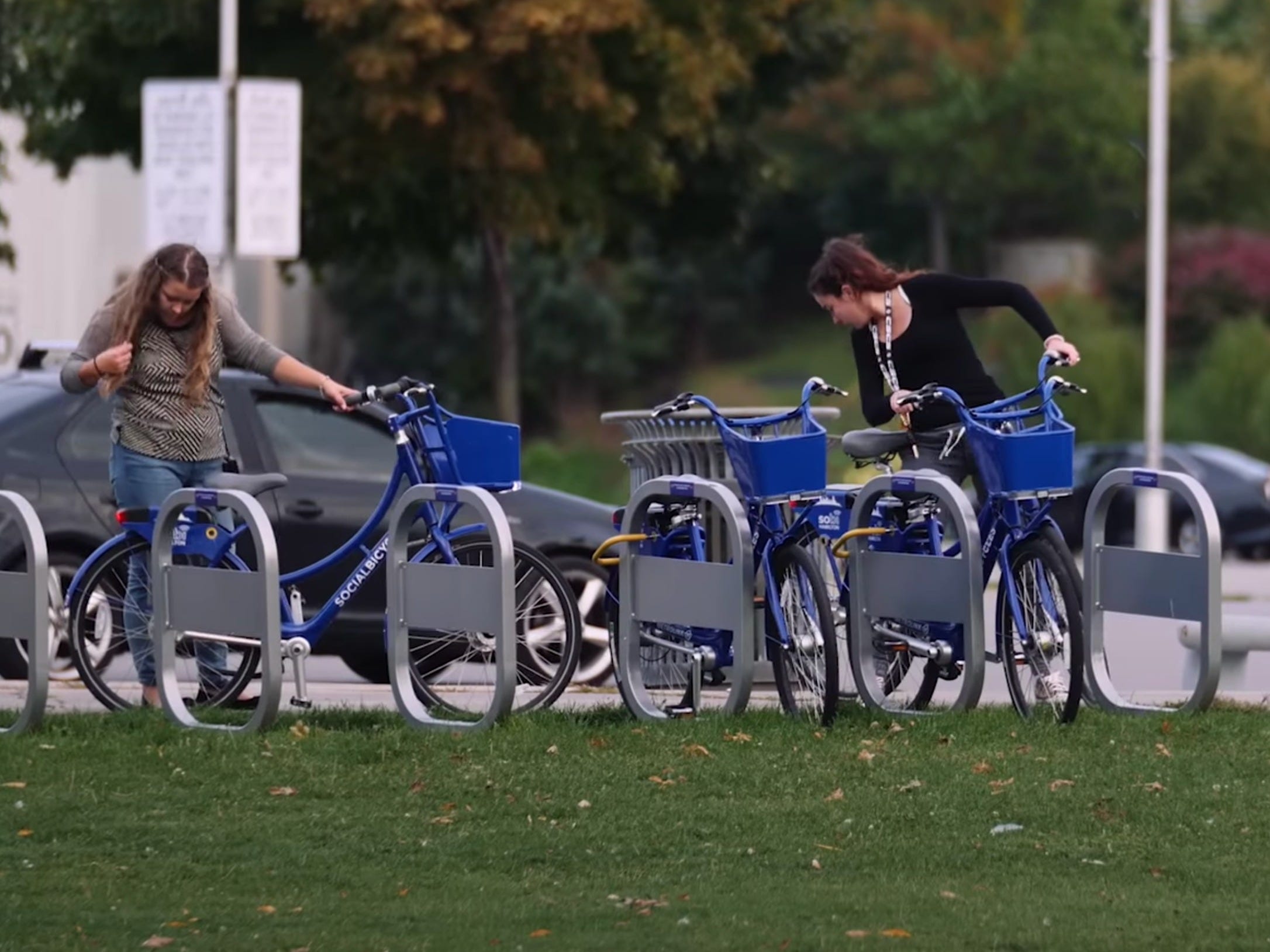 The bikes had a GPS system and a built-in lock, and riders could leave the bikes either on the company’s docking stations or on existing bike racks when they were done. 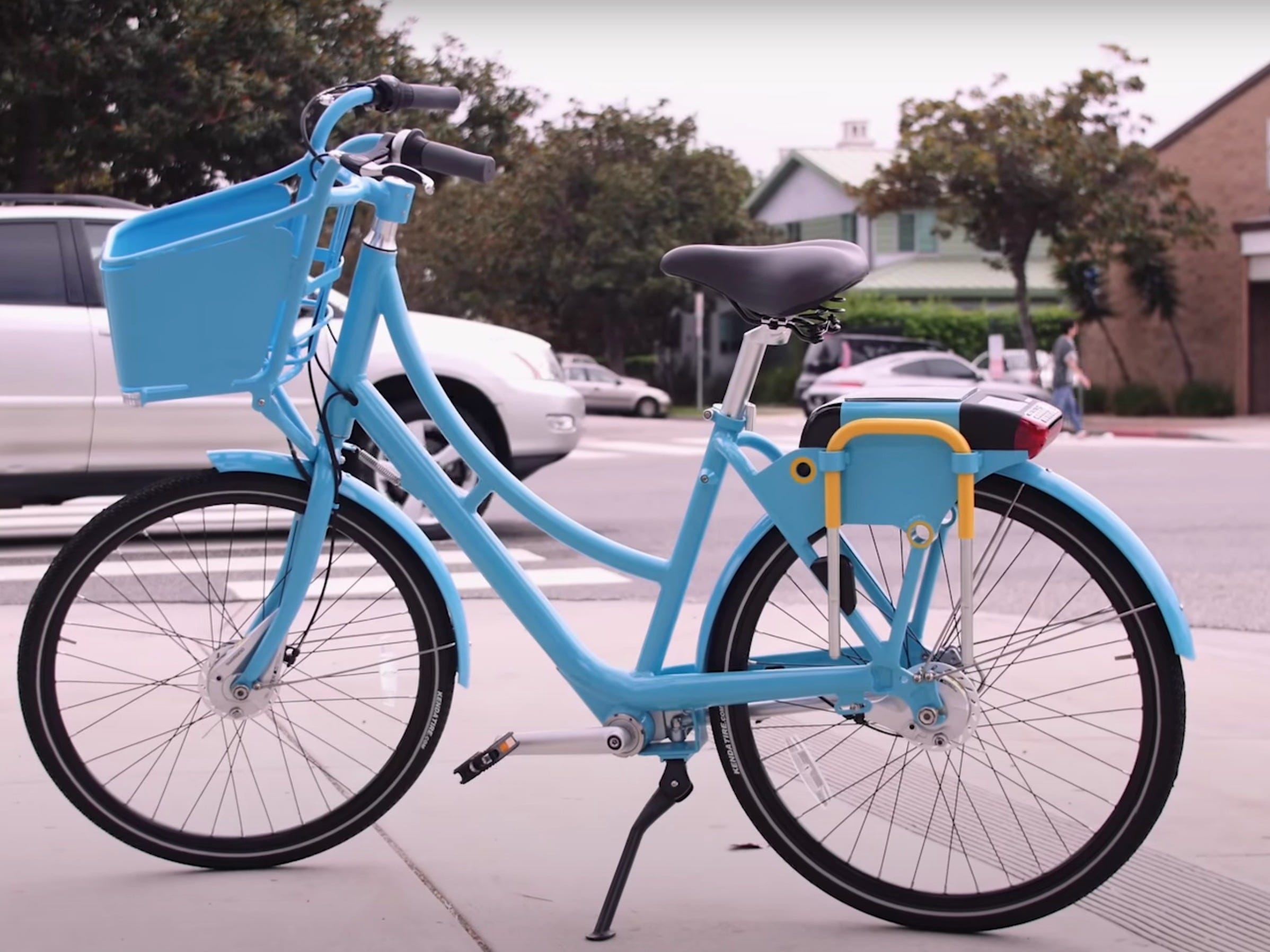 The goal was to make bicycles an accessible mode of transportation for everyone. 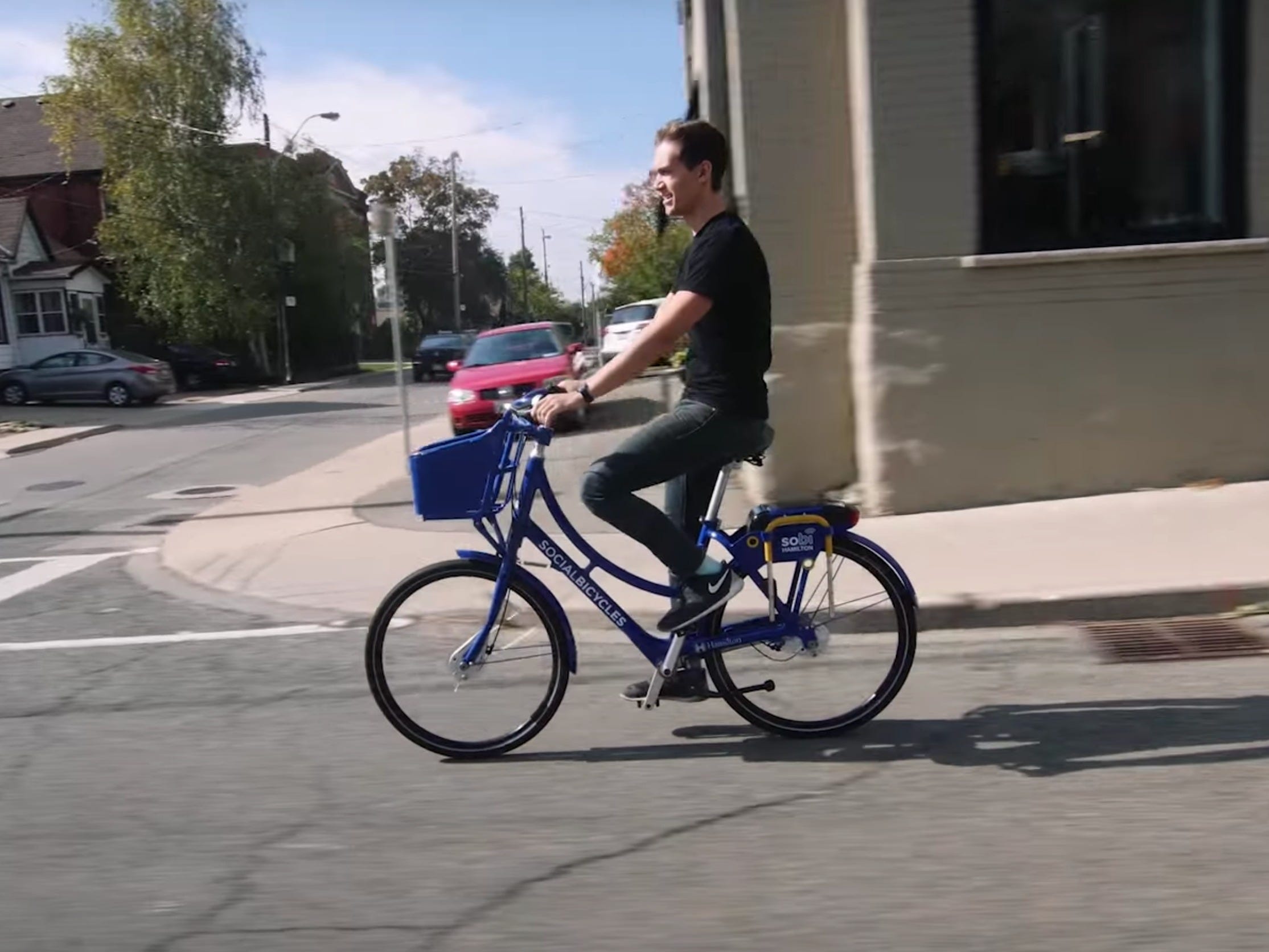 Employees were passionate about their mission, and the company had spirit, but the tech was flimsy at the time. One of SoBi’s first customers was the San Francisco International Airport in 2012, and the bikes hardly ever worked.

SoBi finally saw its shining moment in 2016: the company became profitable and rolled out 1,000 bikes in a mega-launch with the Nike-sponsored Biketown program in Portland, Oregon.

But the bike-share arena went from small and cashless to lucrative and booming around this time as Chinese competitors like Mobike picked up steam and soon-to-be rivals like Lime entered the spotlight. 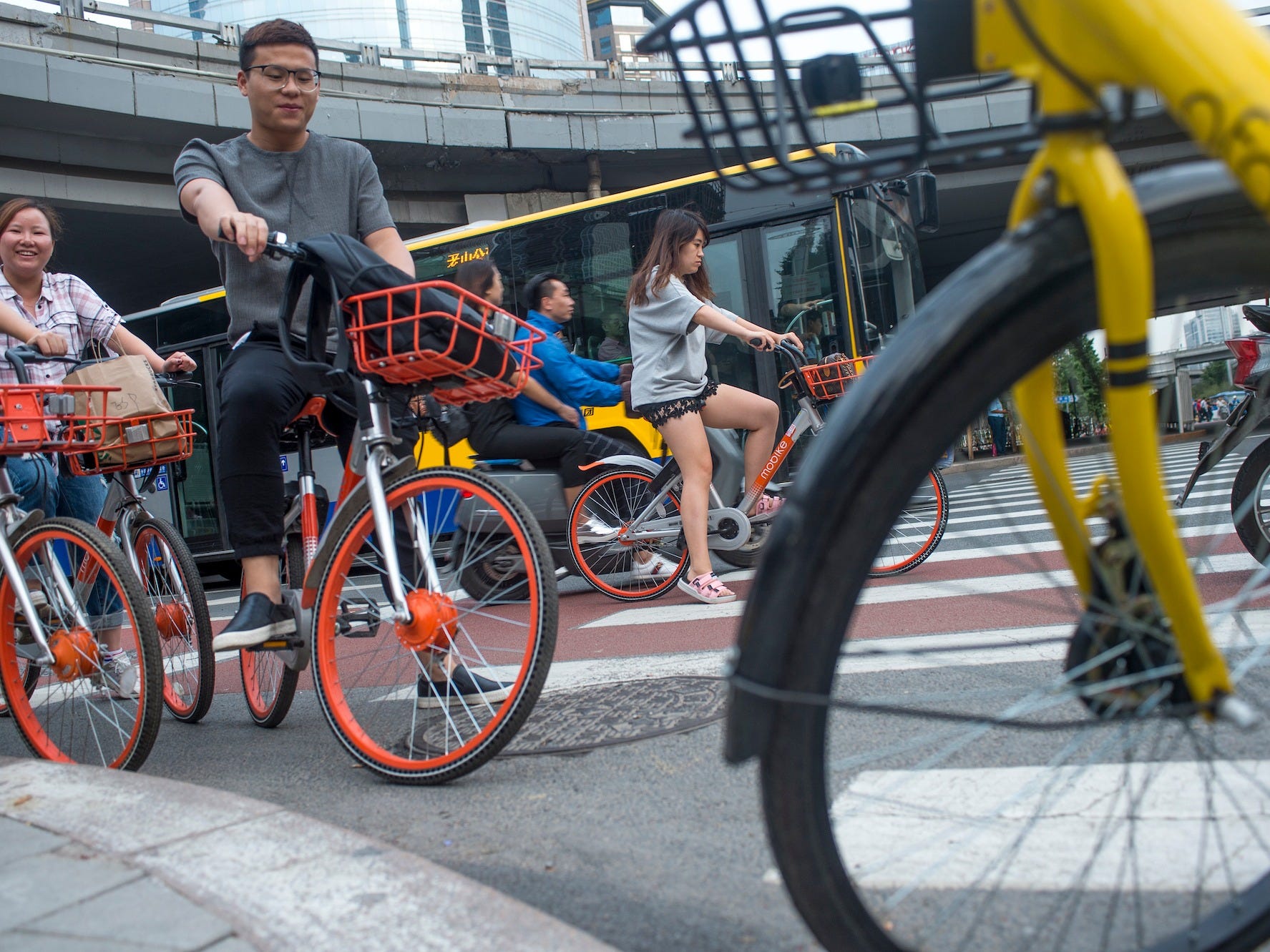 The market would balloon, firms would learn to skirt lengthy approval processes, and startups capable of scaling large and fast would entice Silicon Valley VCs left and right.

The Jump team grew thanks in part to a residency at Brooklyn’s “New Lab” accelerator. At the time, New Lab somewhat ironically warned against a “cautionary tale: the flood of bicycles into the market overwhelmed demand, resulting in vast bicycle graveyards” in China.

Many of these new “sexy” startups were embracing the free-lock model, which led to riders arbitrarily littering scooters and bikes on city footpaths and cities. 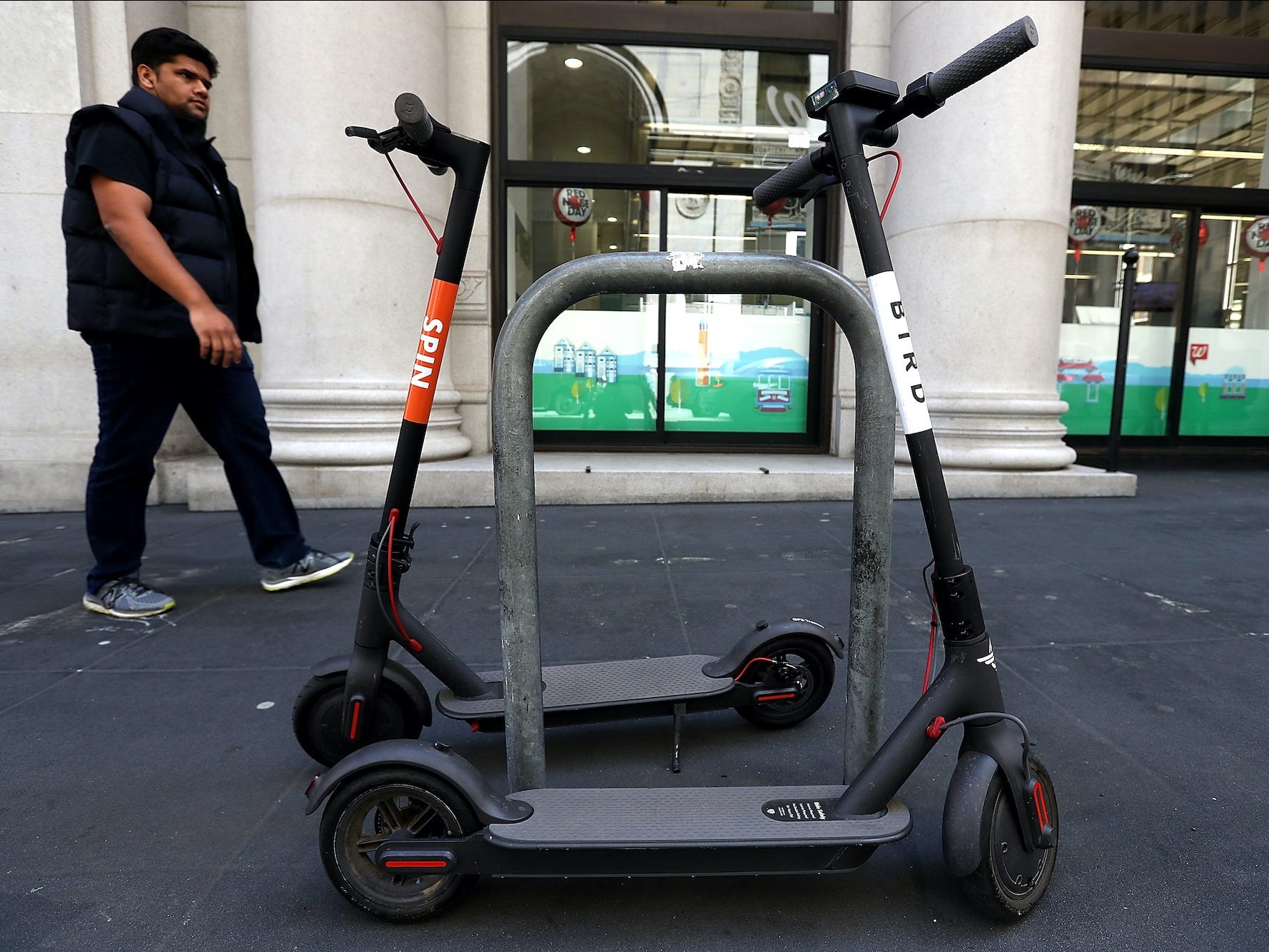 Lime, Spin, and Bird did this unlawfully in San Francisco in 2018, much to the dismay of city leaders and residents.

It was an approach that Rzepecki’s company rebelled against on moral ground.

The founder’s electric bike design, however, would end up being its saving grace and give the company an edge. 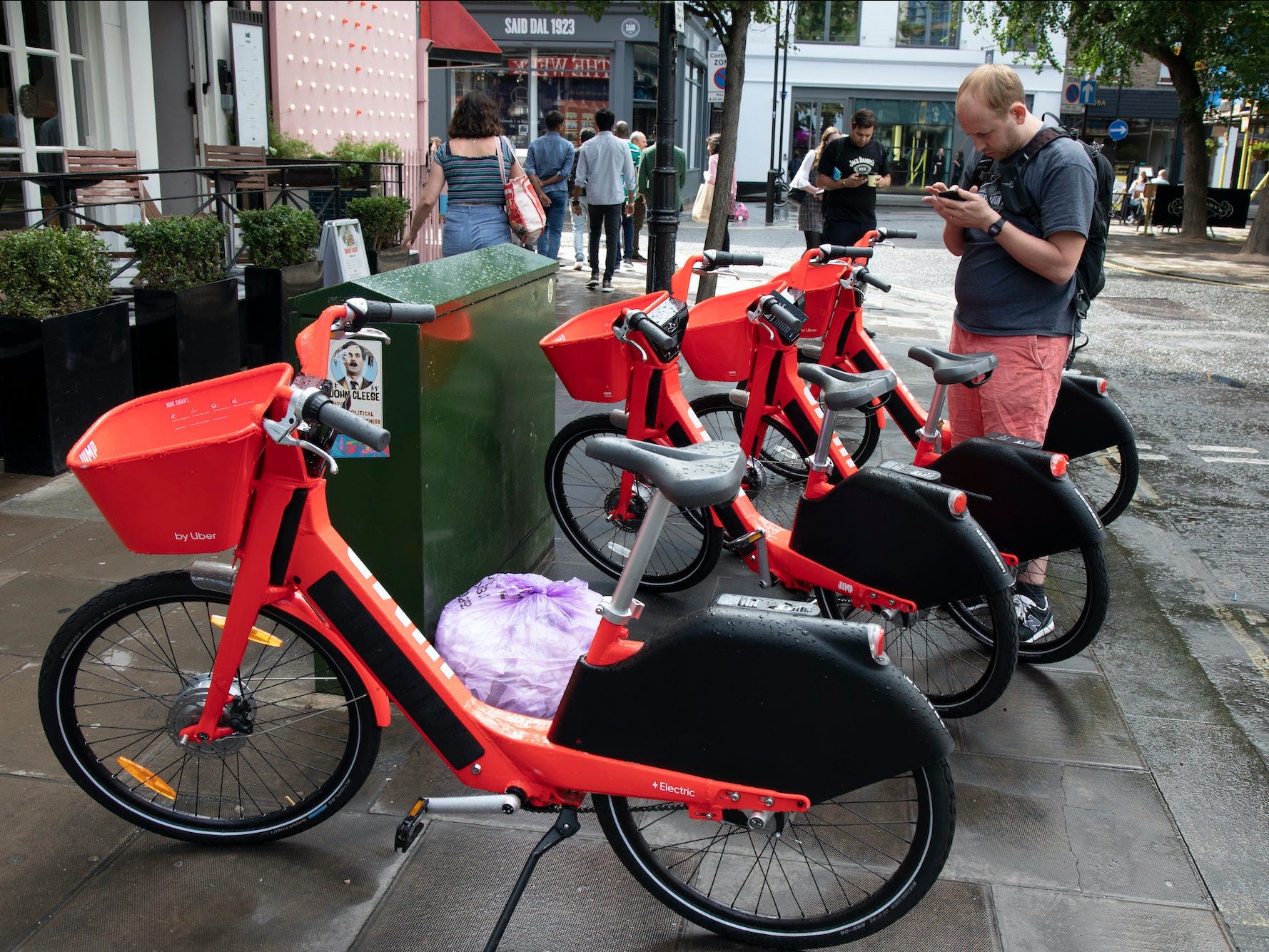 The e-bike’s tech outshined that of its competitors. 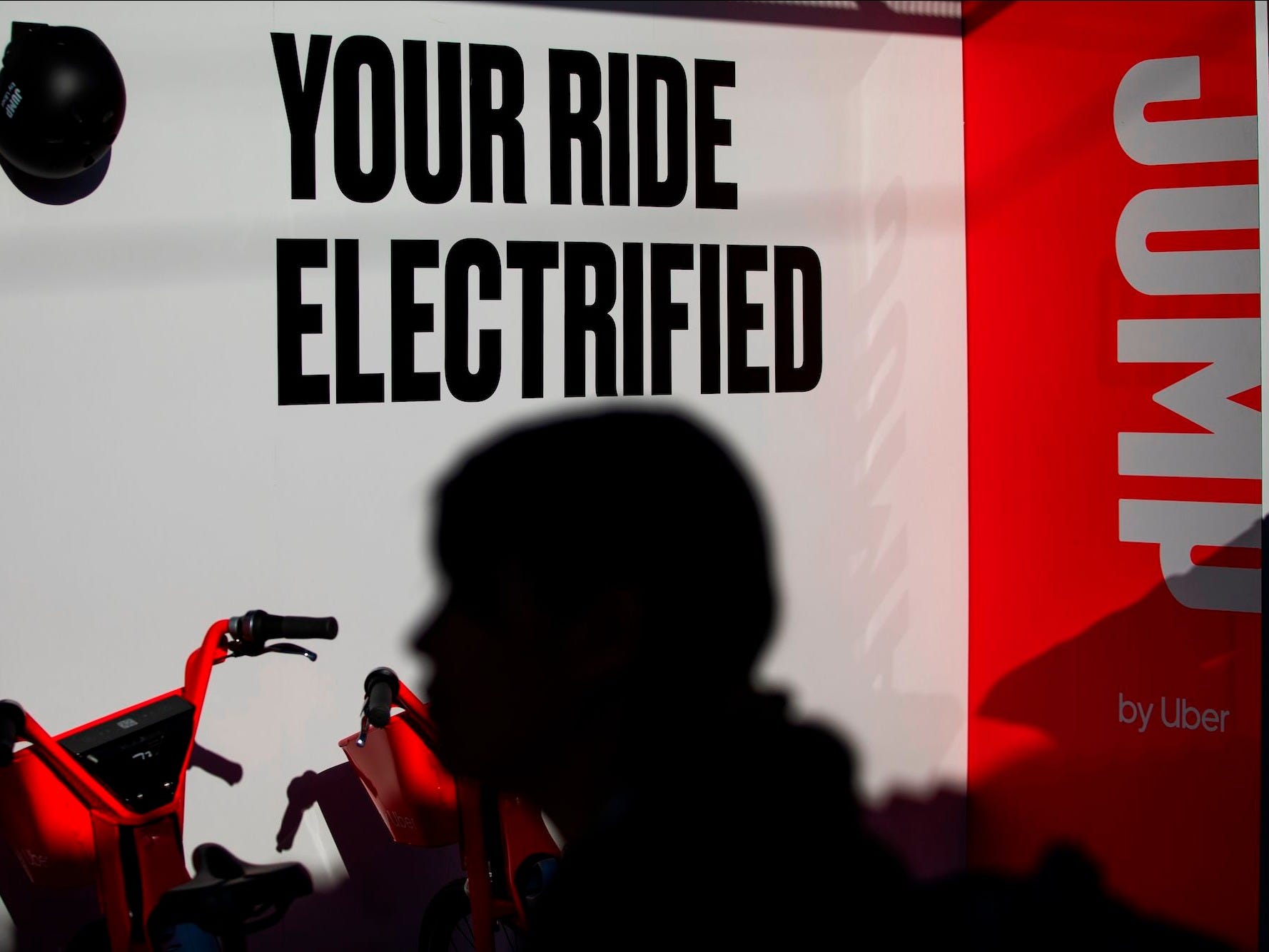 It was intuitive, with the motor communicating with the pedals and smoothly increasing and decreasing power as needed.

“This was like the first time using an iPhone,” ex-Uber exec Dmitry Shevelenko, who test rode the e-bike before the acquisition, told Vice in June. “It just feels magical.”

Still, as a former employee would later tell Vice, Jump would have died much sooner if it hadn’t sold to a certain ride-sharing conglomerate. 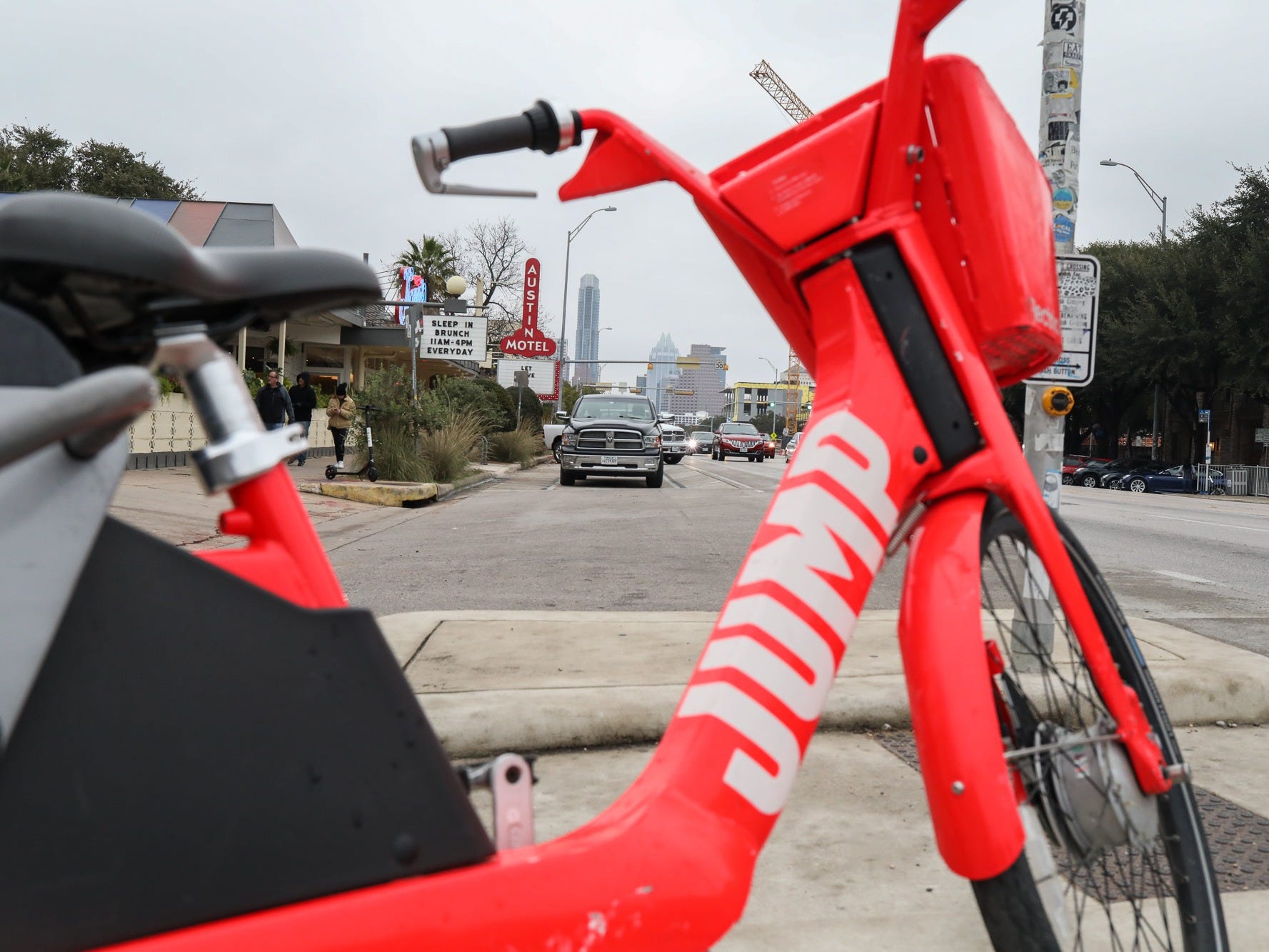 In 2018, SoBi rebranded as JUMP, and Uber bought the electric bike startup for $US200 million. 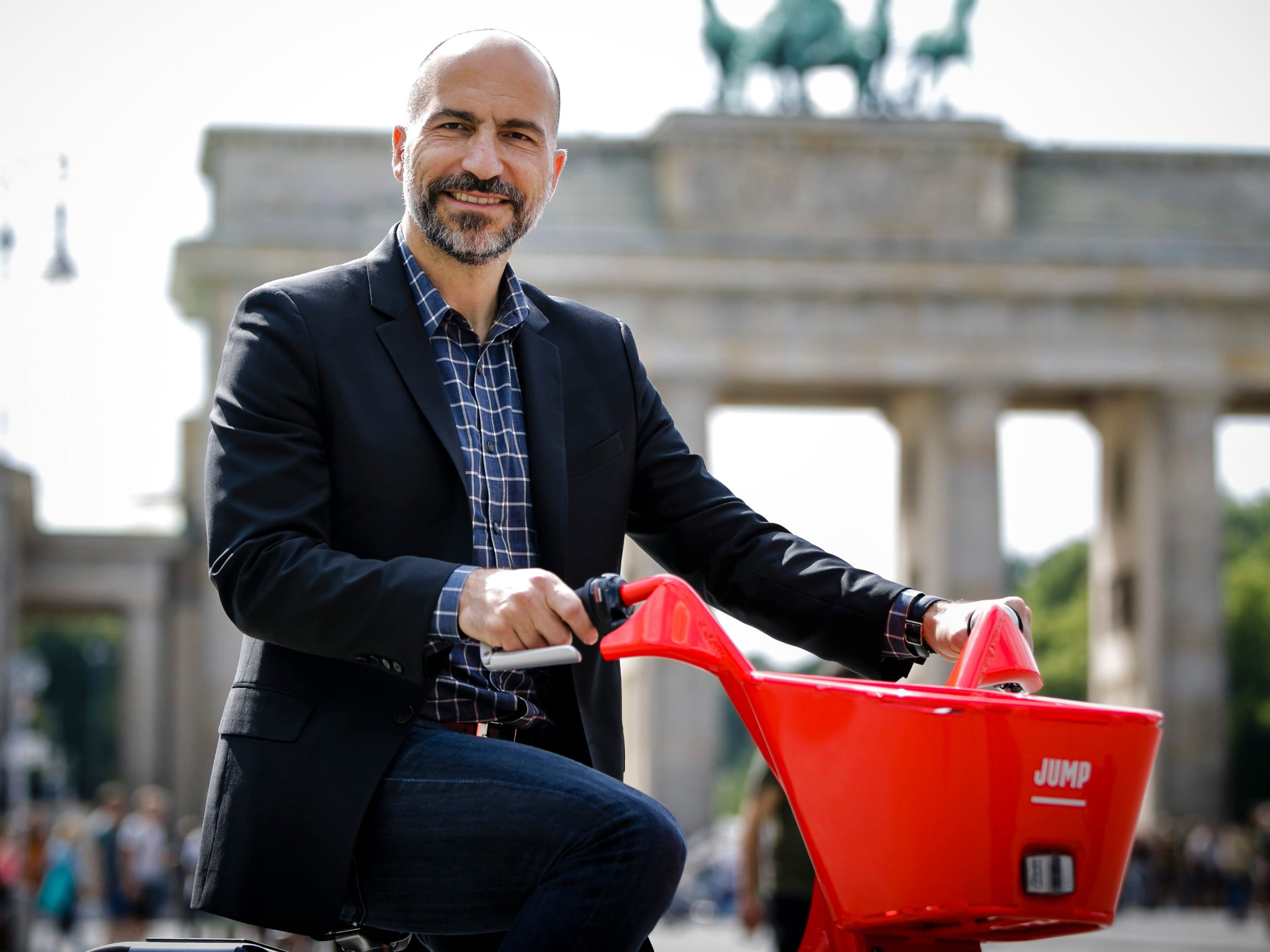 It was the San Francisco-based company’s first acquisition of a ride-sharing firm that utilised a mode of transportation that wasn’t the car.

Using bikes and e-scooters for shorter trips instead of cars made more sense, Uber CEO Dara Khosrowshahi said in late 2018, and would help the company grow its total userbase.

The bikes were operating in Washington D.C. and San Francisco at the time, and the plan was to expand globally and roll out the bikes in cities around the world. 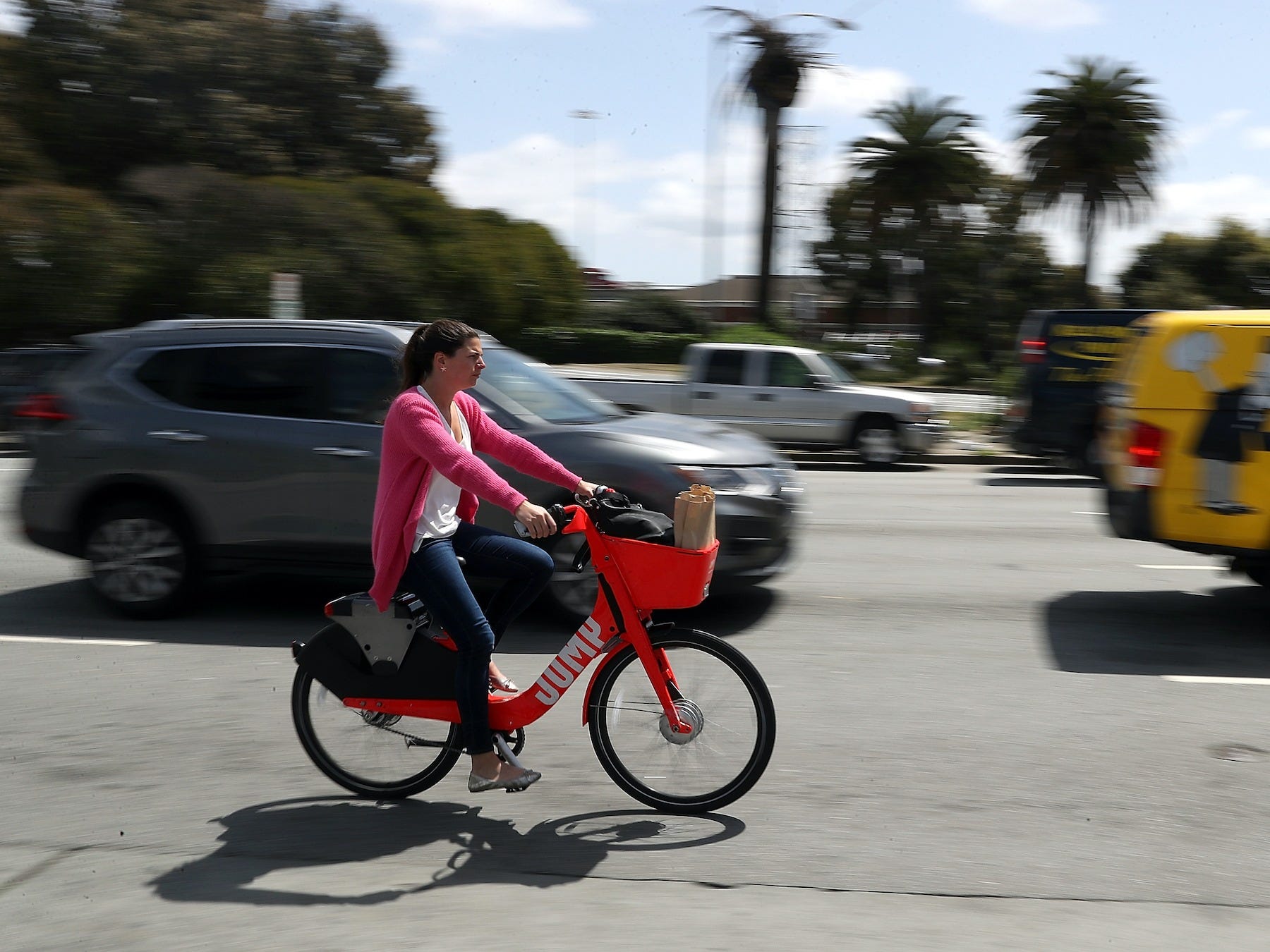 When it first landed on the streets, riders could pay $US2 for every 30 minutes they were using the bike.

Uber had an established web of cities where it had launched its carsharing, a network that could help get Jump bikes onto the streets, then-head of new mobility at Uber Rachel Holt said at Business Insider’s 2018 IGNITION conference.

Rzepecki would stay on and report to Khosrowshahi. 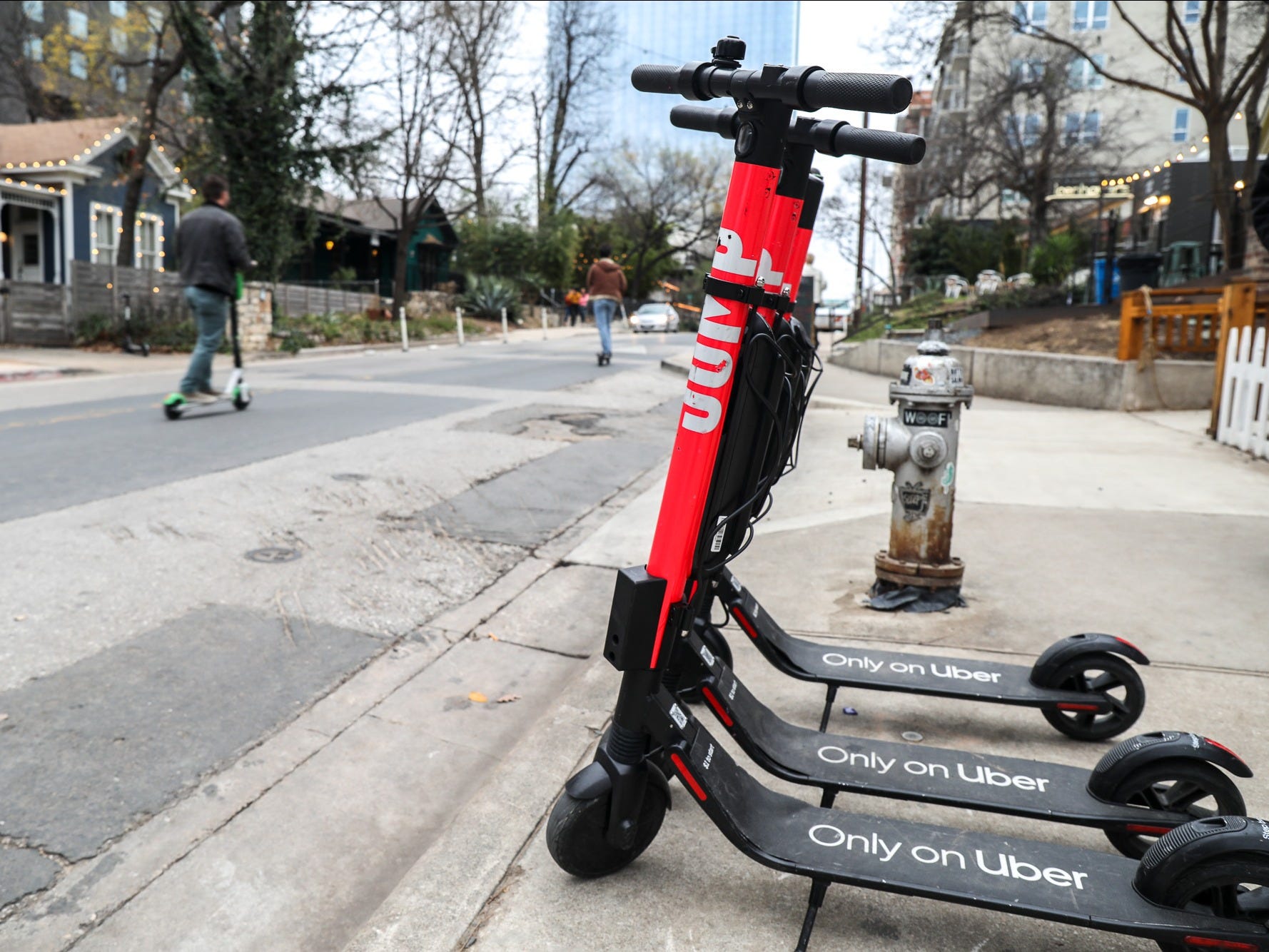 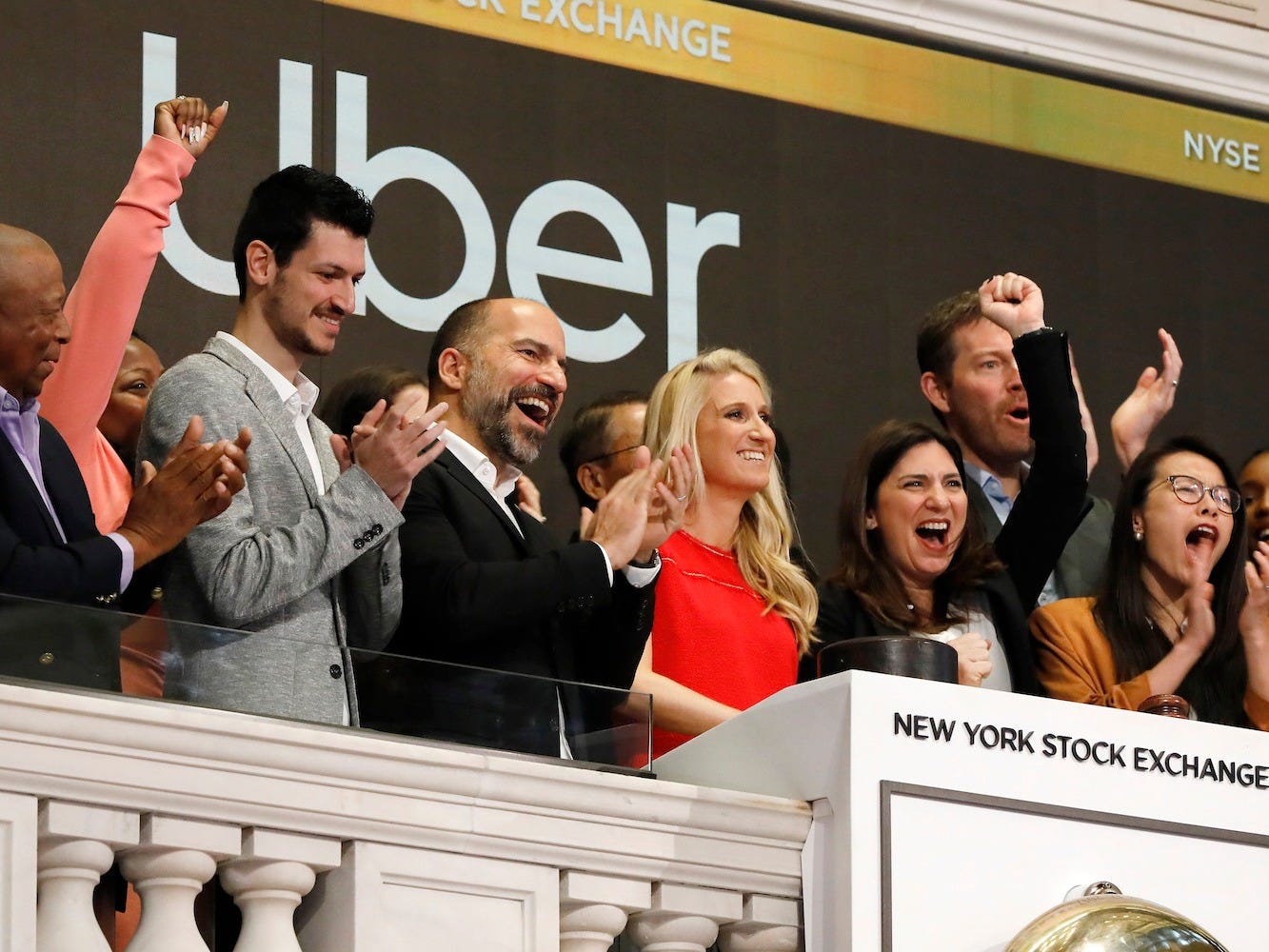 AP Photo/Richard DrewKhosrowshahi at the NYSE.

The company had never before been profitable, and the IPO ushered in a fresh sense of urgency for the firm to turn a profit. The pressure to scale and hit growth metrics strained Jump employees at Uber as well.

Slowly, Uber’s tech bro culture began to have an effect on Jump employees. 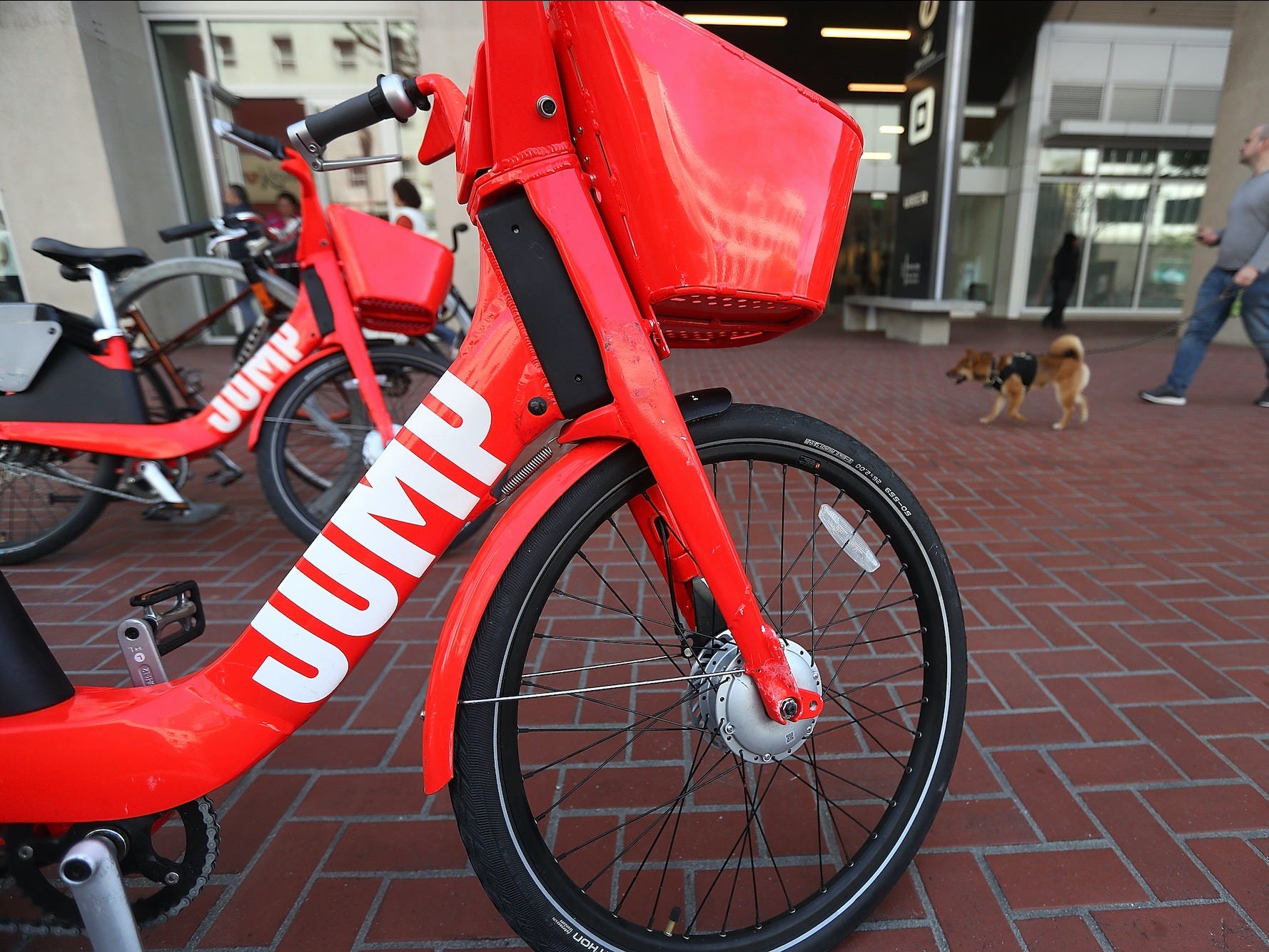 “A lot of the leadership at Uber was not qualified to be in their position,” one former employee said, speaking on the condition of anonymity. “All of the NeMo leadership was not qualified. They put Rachel Holt in and she had no idea how to run a hardware company. Most say that she ran it into the ground.”

In one instance, the source said, Uber had purchased “thousands and thousands” of bikes that just sat in warehouses until being deployed in local markets.

“That’s one of probably the biggest reasons why we had a lot of money issue,” the employee said.

In 2019, the Jump team rolled out a new, less-than-secure cable lock, which resulted in hundreds of stolen bikes. 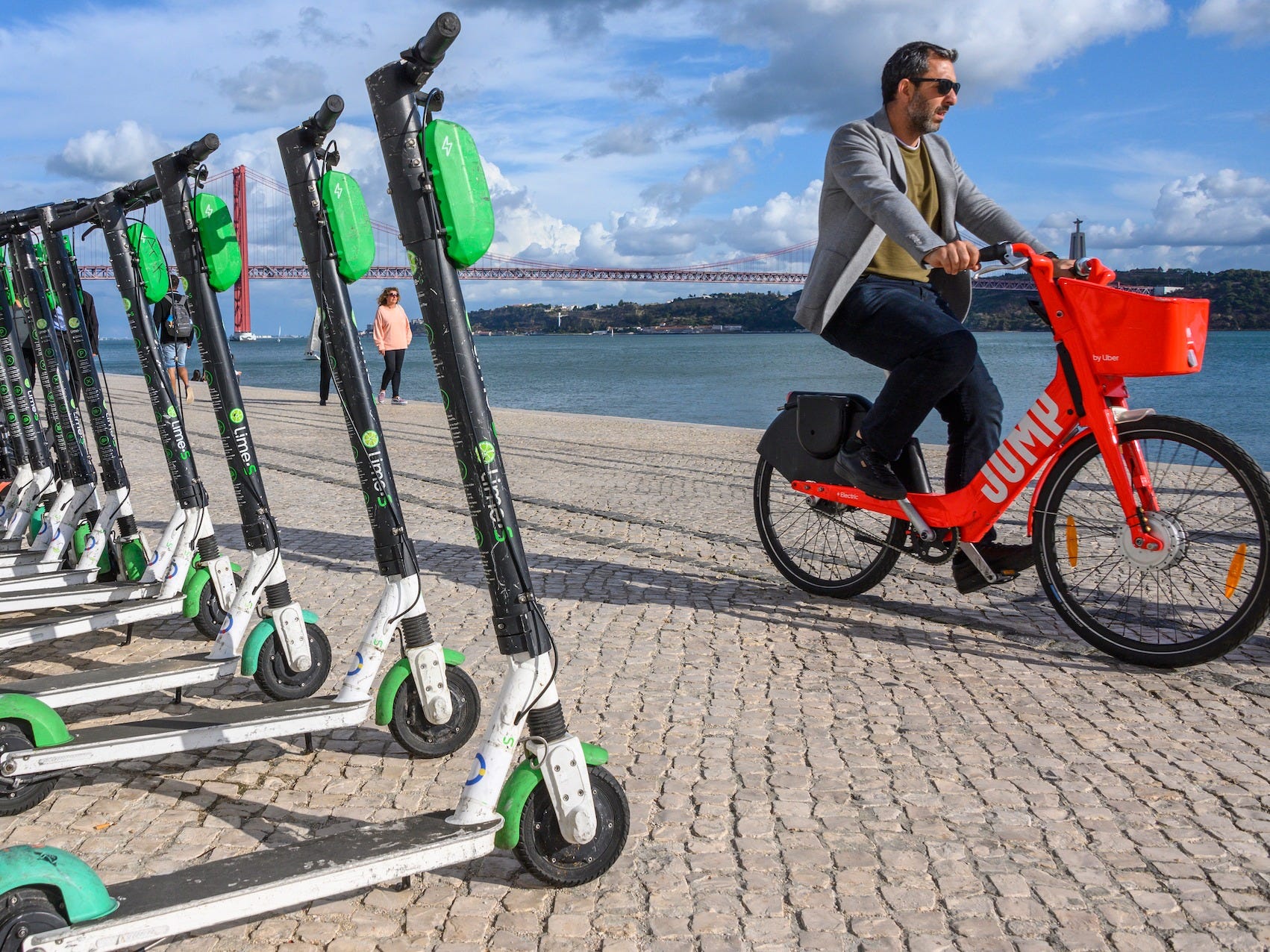 Horacio Villalobos#Corbis/Corbis via Getty ImagesLime scooters and a Jump e-bike rider on October 20, 2019, in Lisbon, Portugal.

The company resorted to private security guards as a solution, but one of the contractors reportedly tackled a Black teen girl who was riding a Jump bike at the time.

On January 8, Business Insider reported Rzepecki and a handful of other founding employees were leaving Uber. In early May, The Information reported Uber was considering leading a $US170 million emergency fundraising round for the e-scooter startup Lime.

As part of the deal, Uber will have the option to acquire Lime between 2022 and 2024. Lime now oversees Jump operations. 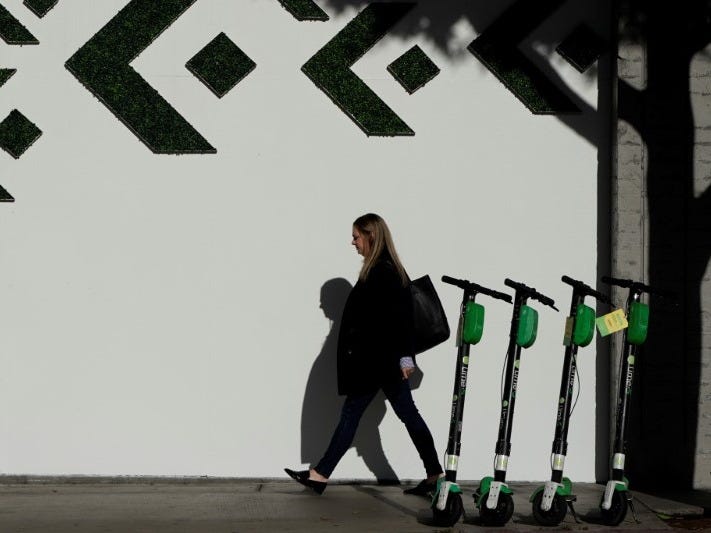 In the same week, Wayne Ting, a former longtime Uber executive, took over as Lime’s CEO.

Jump employees, meanwhile, were largely let go to cut costs as the COVID-19 pandemic ravaged Uber’s revenue. Not one designer behind the Jump bike or scooter will be on the team under Lime, as of right now.

Lime only acquired bikes that hadn’t been rolled out for consumers yet in cities. The rest didn’t transfer. 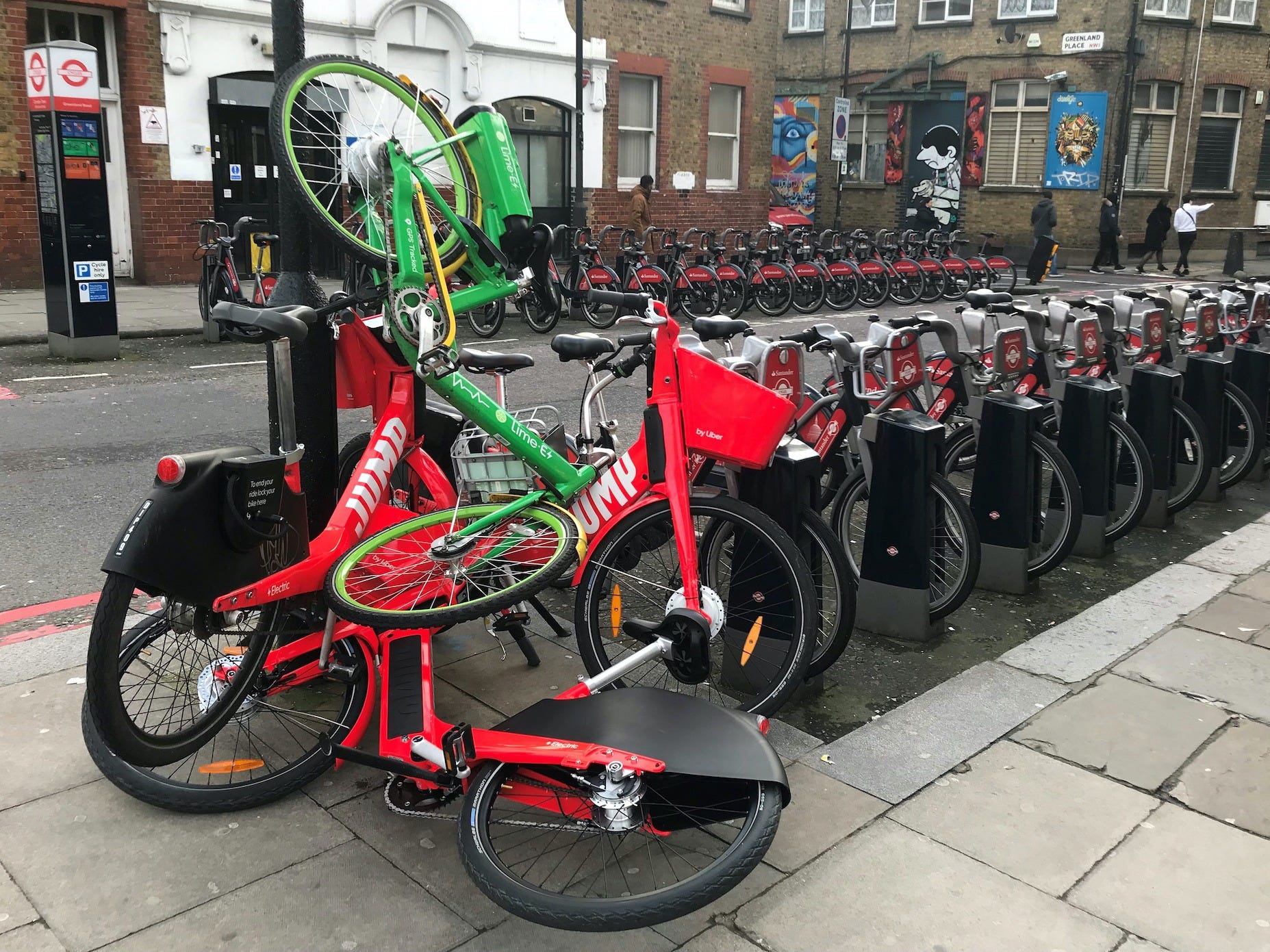 John Keeble/Getty ImagesLime-E and Uber Jump electric bikes are piled together on the street on Dec. 23, 2019, in London, England.

In late May, footage surfaced of tens of thousands of the red bikes and scooters being scrapped, according to CNN. Uber confirmed that they were being recycled.

As for Rzepecki, he’s taking a hiatus following his departure from Uber. 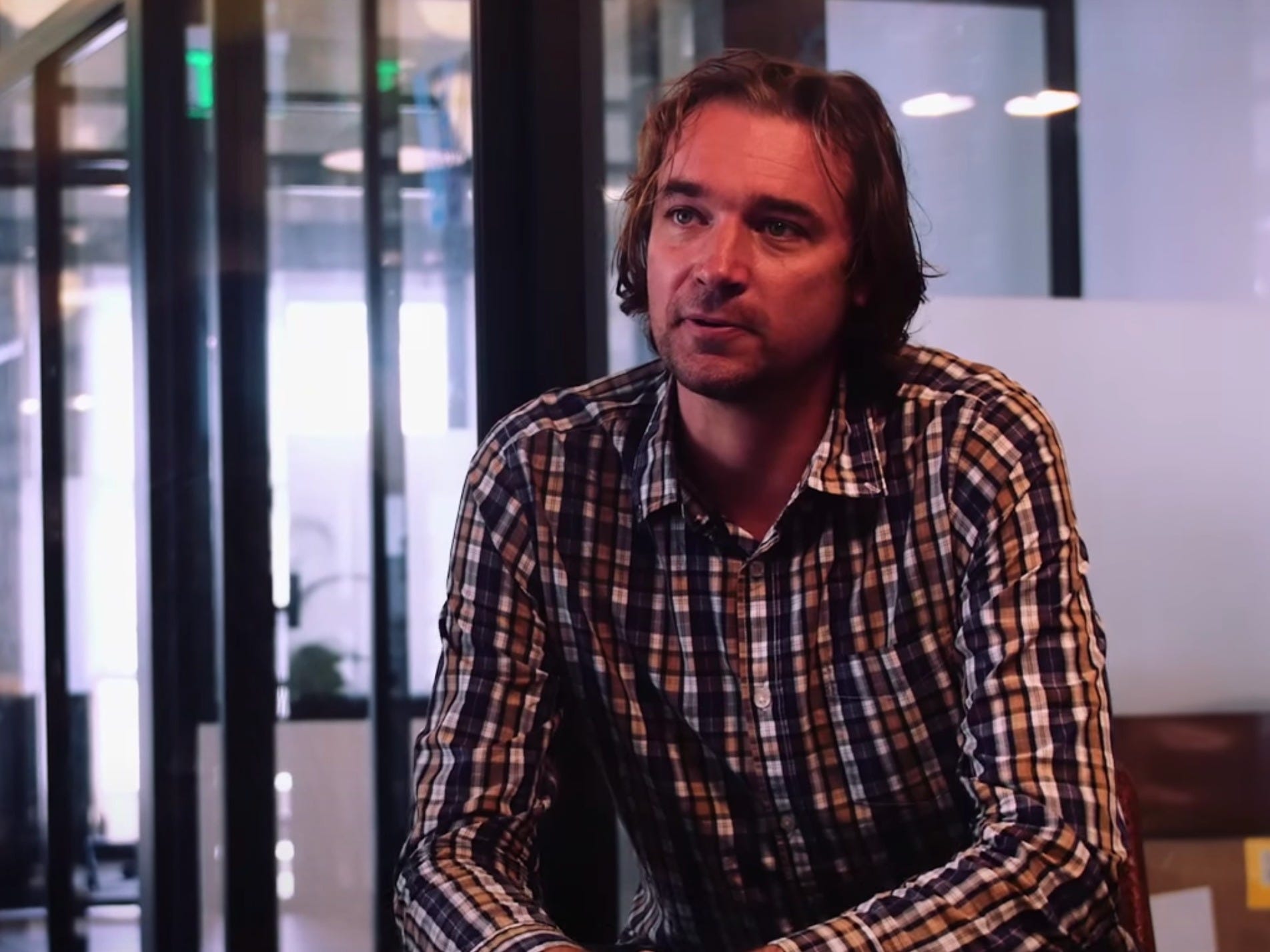 He’s reportedly using some of the cash from his $US200 million sale to the ride-sharing giant to fund a charter city, or a politically autonomous, private city at an undisclosed location. The city would perhaps welcome the anticipated flood of fleeing Silicon Valley tech workers who are now remote.

Rzepecki told the Telegraph he was drawn to environmentally friendly and socially responsible private cities after witnessing the glaring wealth disparity while living in San Francisco.

Operating in a self-governed city free from a traditional government, Rzepecki said, could allow for a new way of addressing issues like homelessness and sustainability.