'Financially it's been catastrophic': How hotel and restaurant owners in Greece are reopening after the loss of tourism during COVID-19 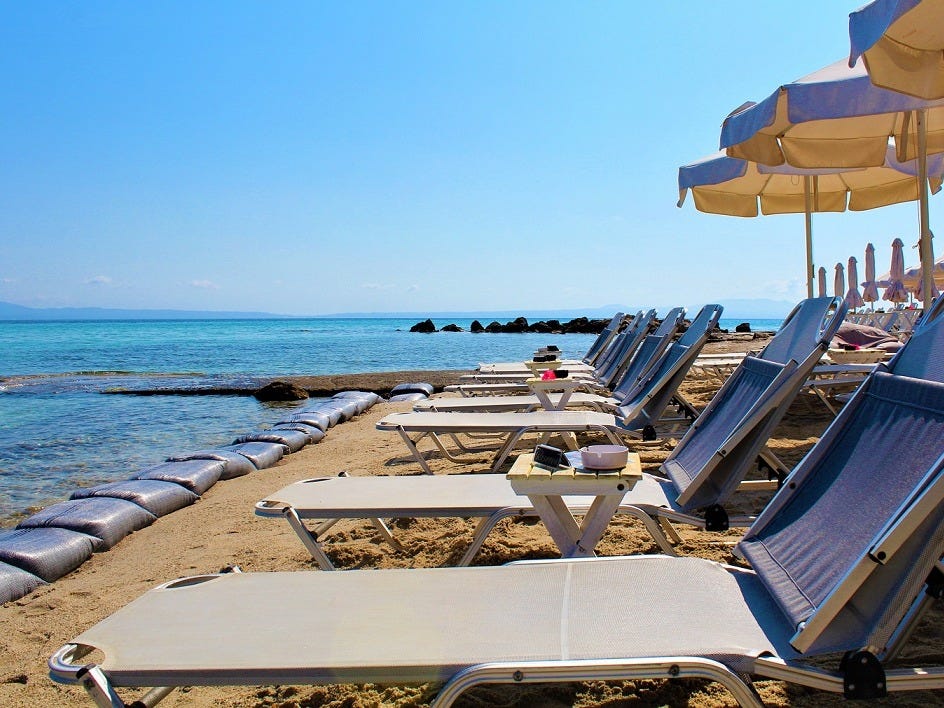 In Greece, a nation heavily reliant on tourism, the coronavirus pandemic and subsequent lockdown were the last things hotels needed.

“It was all so difficult and sudden,” said George Filippidis, manager of the Andronis Hotels chain in Santorini and Athens.

“We were expecting a great season full of tourists. We had to close our hotel properties and postponed the openings of another five hotels. Everything happened very fast,” he told Business Insider. “Financially it’s been catastrophic, especially as we’re in the middle of our season.” 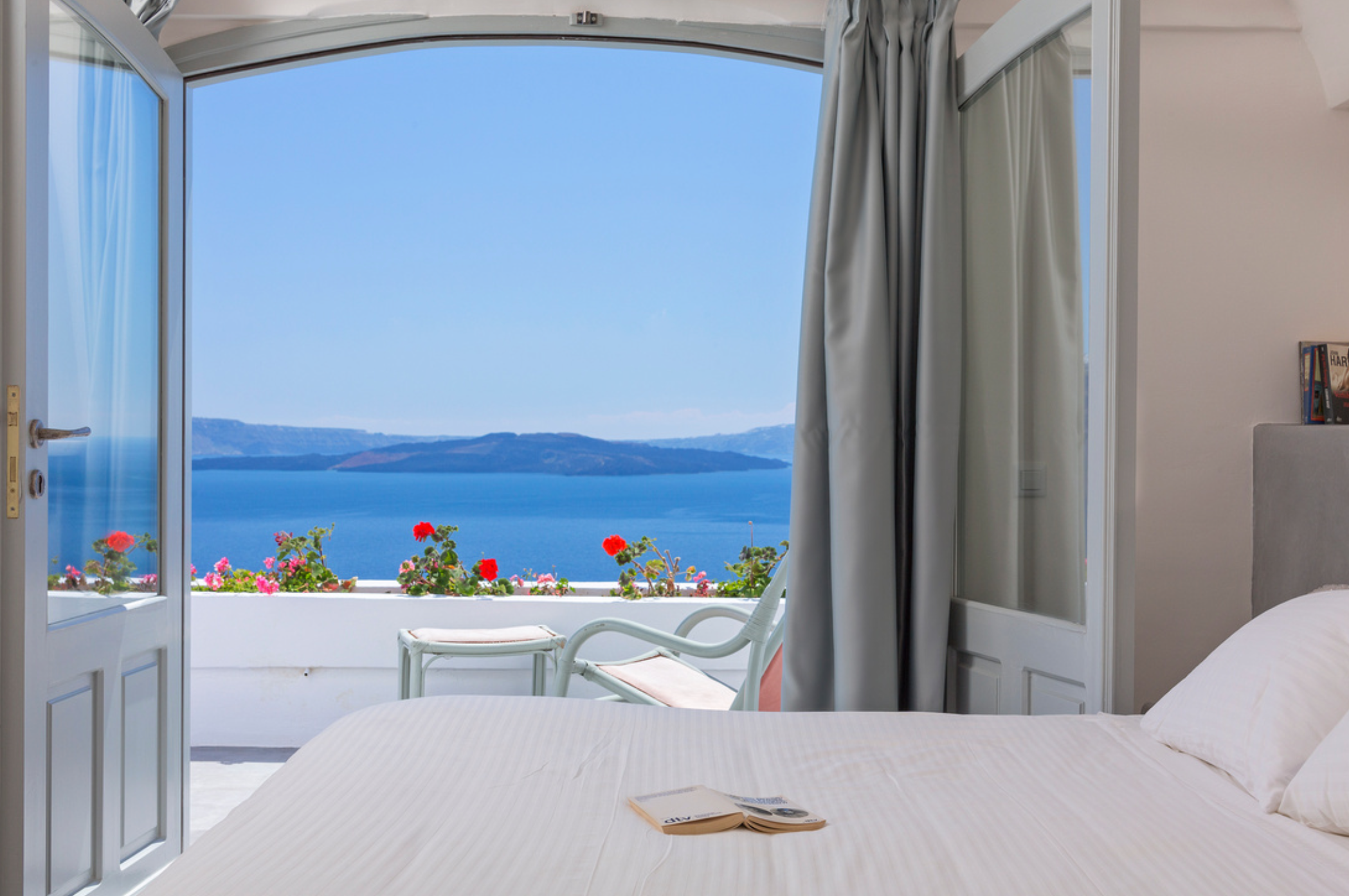 Family-run businesses have long been the backbone of Greece’s hospitality industry. In the sleepy northern coastal village of Olympiada, Babas Alexiadis’ parents run Hotel Liotopi and Hotel Akroyiali. One has 16 rooms and the other can house eight visitors. The hotel usually opens from April to October, but strict lockdown rules meant most reservations were cancelled. 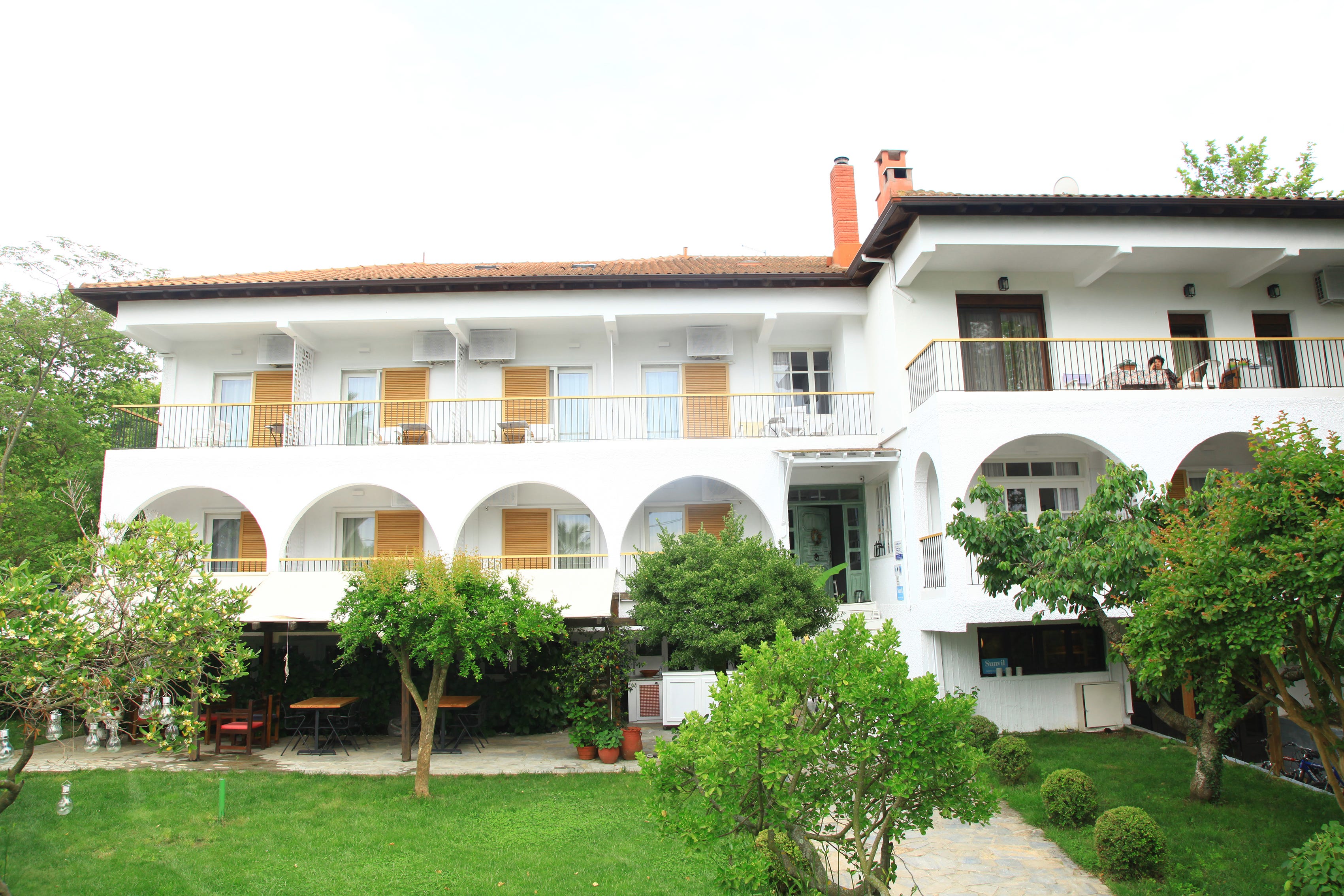 Babis AlexiadisBabis Alexiadis’ family hotel in Olympiada, in northern Greece. The hotel plans to use outside spaces as dining areas upon reopening.

“Breakfast can be in the garden, which maintains social distancing. We used to run a free workshop for guests once a week but we had to let that go,” he added. 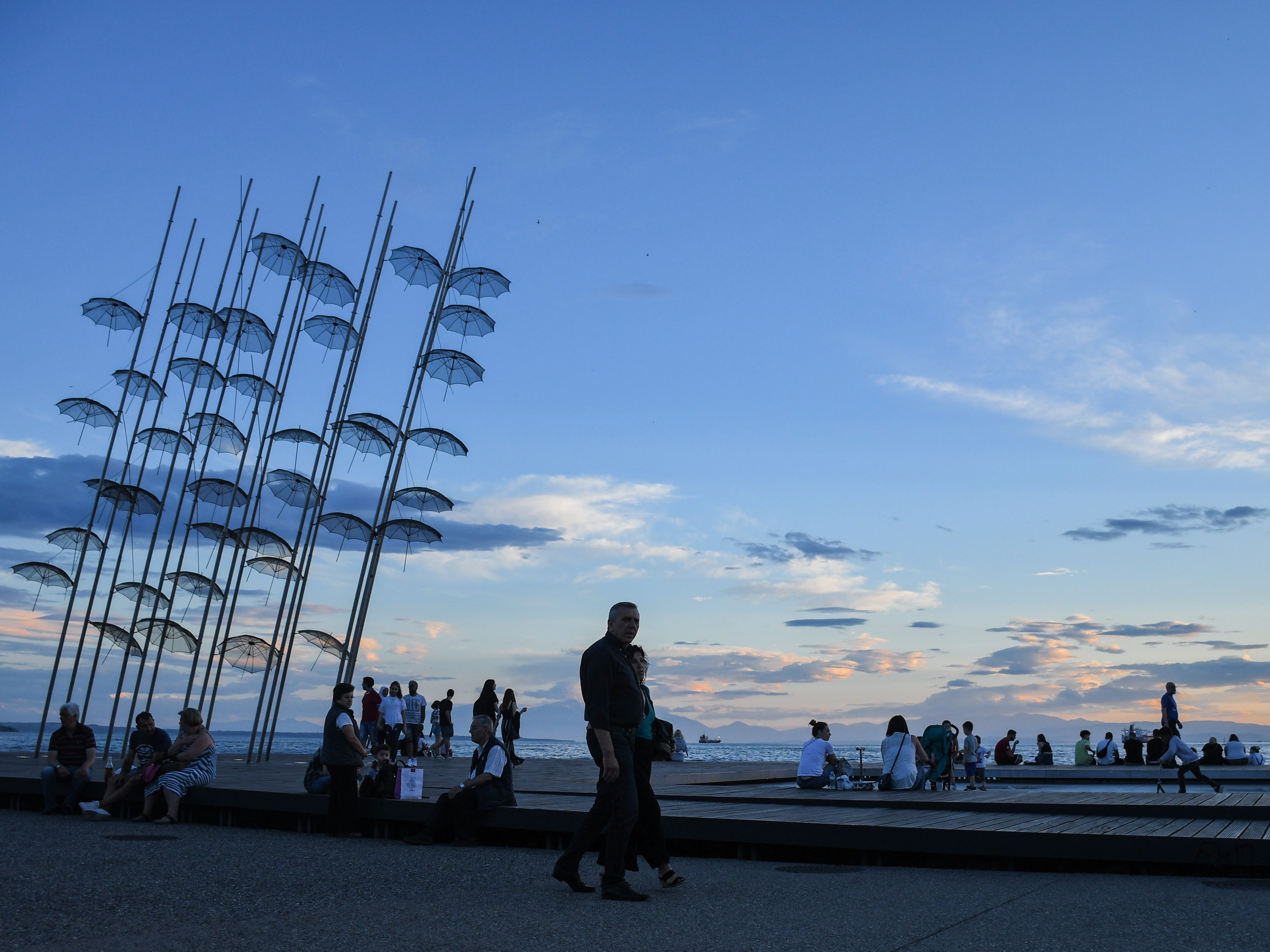 Nikos ArampatzisLocals flock the beach at sunset in Thessaloniki in late June after the end of lockdown.

It’s not just hoteliers that have borne the brunt of the lockdown. In Thessaloniki, Greece’s second-largest city, Nick Nyfoudis has lost a combined 180,000 euros in revenue for two branches of his restaurant chain, The Life Goddess.

“It’s not going to be a profitable year, but we’re just trying to balance the losses,” he said.

His Greek-food delis are open again and “working well” with new social distancing rules thanks to an outdoors dining culture already common in Greece. But one obstacle could scupper his plans.

“The problem is that when you have outdoor seating, you depend on the weather. We’ve been open for three weeks and it’s been raining … my London branches are closed, but there’s been Greek-style sunshine in the UK,” he said. 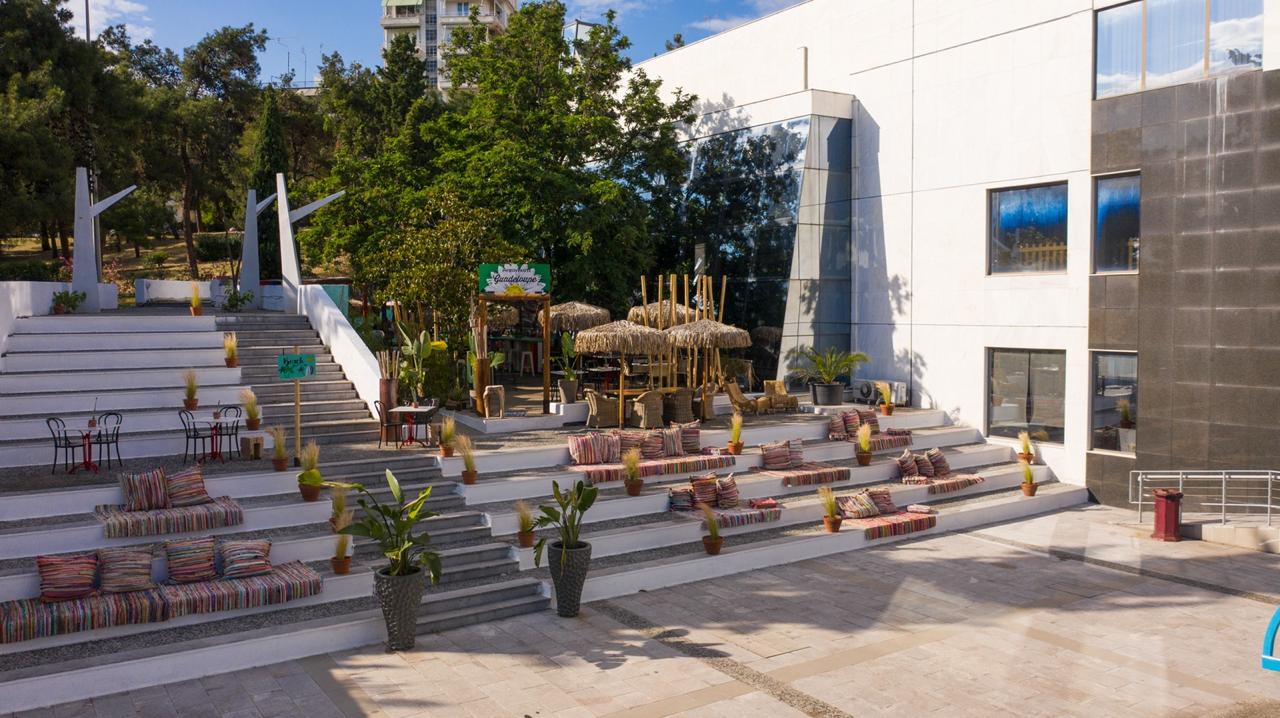 Santorini: A paradise lost and cleaned up

Greece reopened its borders on June 15 to all EU member states (not the UK, though) and Switzerland. Athens Airport is currently the only hub open to international flights.

Of the 28.7 million international tourists that visit Greece each year, more than 5.5 million head towards the island of Santorini for its bulbous blue domes, crystal clear waters, and stunning sunsets.

“Now you can look back and realise it was not sustainable to have 18,000 new passengers a day on the island. It was a good thing to have a complete lockdown,” Filippidis said.

“I’ve not seen the island this empty since the 1980s. It became too busy over the past decade,” said Marianna Sigala, professor of tourism at University of South Australia. 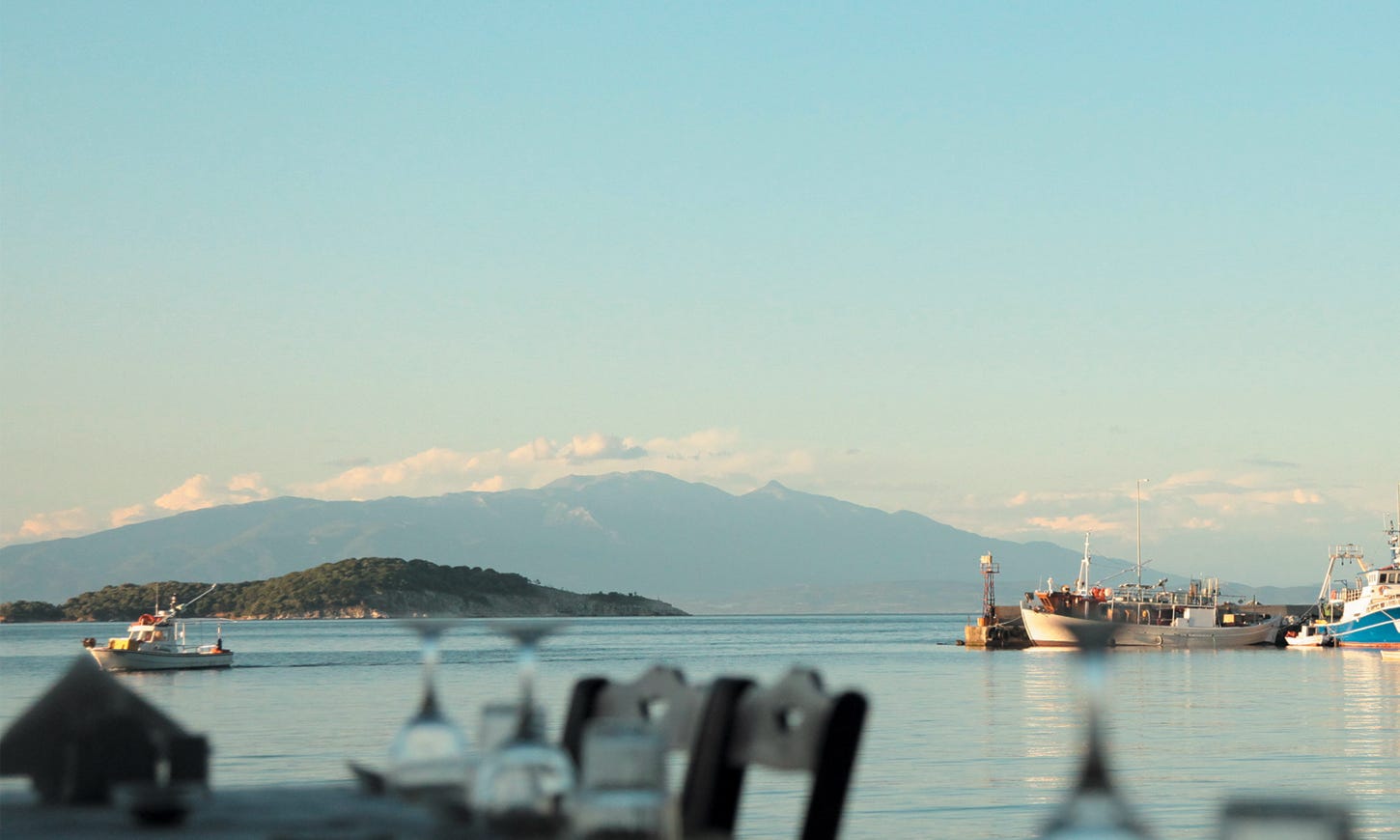 Hotelier Alexiadis believes a family-first approach could bring back tourists, many of them loyal customers who have been coming back for decades.

“We decided to be super positive about it all. We gave customers flexibility. It was really endearing. People actually reached out to ask how we were doing and found ways to support us. That was super moving,” he said.

Nyfoudis believes 2020 may actually be the perfect year to visit Greece. “It’s going to be an amazing experience this year for people that choose Greece because it won’t be so busy. They will experience better customer service. Everyone here will give more focus on the few tourists in Greece.”

Alexiadis is optimistic, but understands the “element of fear” for new travellers having to socially distance. “Having said that, we’ve had reservations already. Most of them are for August, but you don’t know if it will work out or not,” he said.

300,000 Greek citizens could benefit from a government initiative that allows residents of low-income households, pensioners, and the unemployed to apply for discounted summer holiday tickets. They can stay at select two-to-five-star hotels for up to 10 consecutive nights, paid for by the government, on the islands of Lesvos, Leros, Samos, Chios, or Kos.

But some think encouraging local tourism might not work. If Greek nationals travel, “they stay with relatives for economic reasons,” Sigala said.

Some travellers are stuck in Greece because of the national lockdown 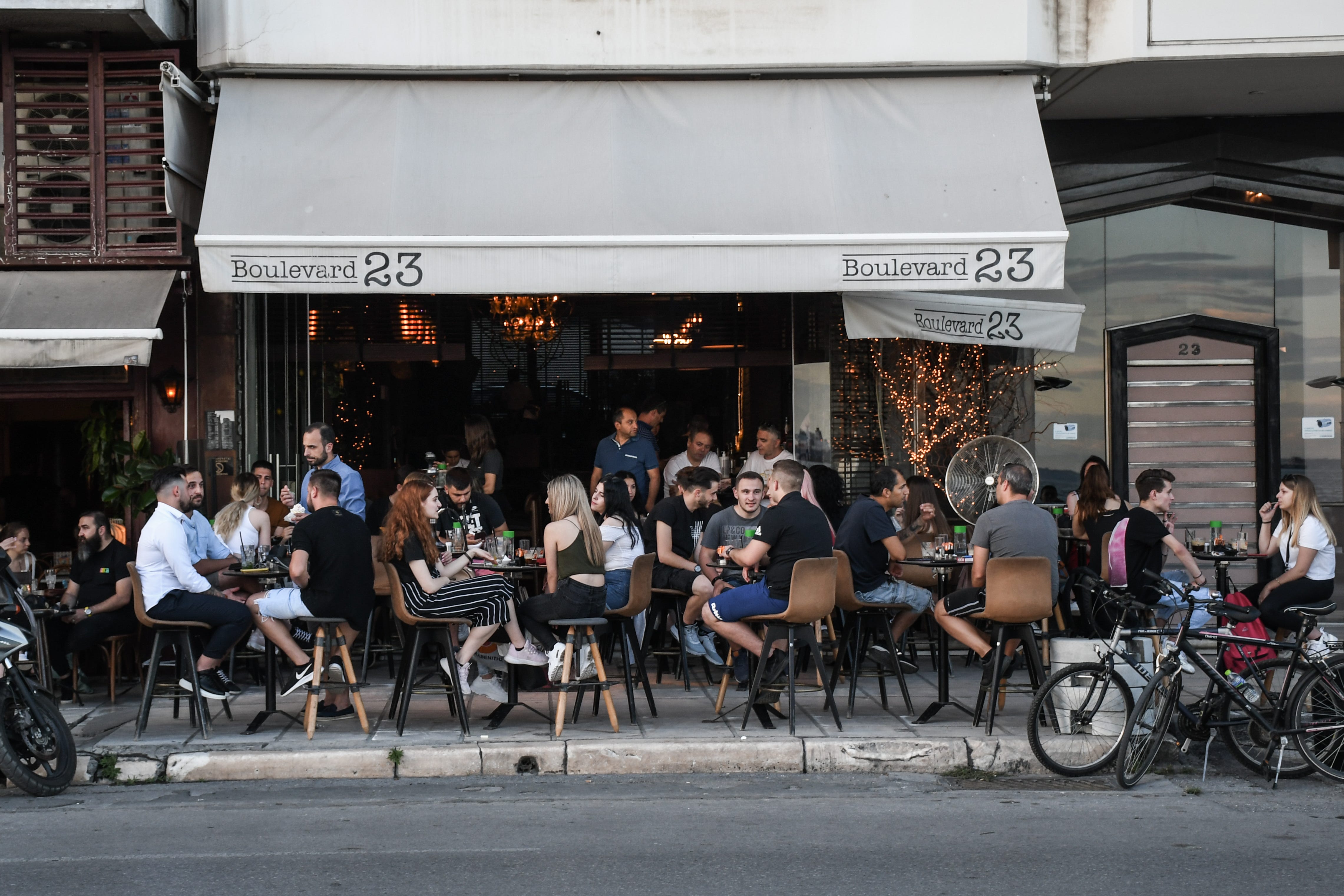 Nikos ArampatzisLocals dine in outdoor seating at a restaurant in Thessaloniki in late June after lockdown was lifted.

Giorgios Venizelos of Cyprus was on his way home in late March after booking a flight from the US, via the UK. But instead of being with family and friends, he ended up in lockdown in Greece.

“On the way to the airport, Cyprus closed its borders,” he said. He spent a night at Gatwick Airport in London and took the plane to Greece instead.

Dora, who spoke on the condition that her last name was not revealed, has been stuck in Greece since March. She was only meant to visit from the UK for a couple of weeks, but when her vacation was over she did not want to return to the UK because of the pandemic.

“At first I wasn’t allowed to come back but now my son says ‘stay where you are.’ Greece took precautions from day one,” she said.

She feels that life has returned “back to normal,” with bars and restaurants on the mainland filled with locals once again. Venizelos said “the beaches are empty and the bars too” on Thassos Island. Tourists hotspots remain deserted, while residential areas where locals spend their time have returned to life.

“I’m missing my family but I’m quite safe here, probably more so than in London,” Dora added.

In Manchester, UK, Voula Polychronidou had pre-booked her late-July trip to visit family in Greece well in advance. But her sense of excitement is overridden by fear.

“Even when we’re talking about me going in July, I’m contemplating if I should be holding the baby … and I feel like I won’t be doing it.”

Polychronidou told Business Insider that Greeks want the economy to get back to “what it was before,” but said locals are worried that tourists might cause a second wave of infections. Nyfoudis agrees, but believes that Greece is well-prepared for tourists.

“Everyone here is taking really seriously the measures of service,” he said.

“This is very important. We succeeded in tackling the virus, but if people don’t respect the measures, what’s the point? If everyone wants to travel, it’s a safe choice compared to other countries.”

If you do choose Greece as a travel destination for 2020, Nyfoudis offers a word of advice: Make sure you’re healthy before you head off.