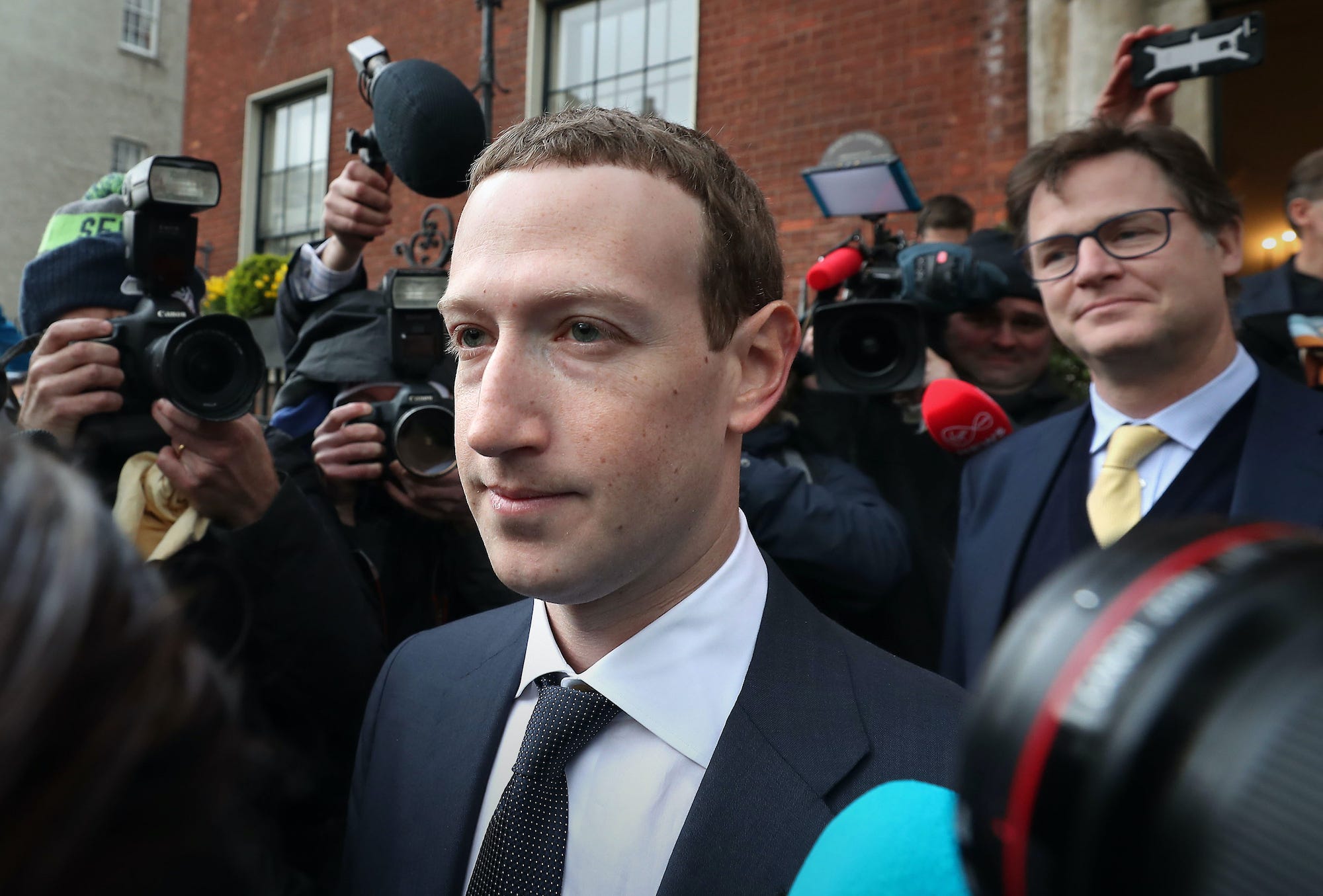 Niall Carson/PA Images via Getty ImagesFacebook CEO Mark Zuckerberg leaving The Merrion Hotel in Dublin after a meeting with politicians to discuss regulation of social media and harmful content in April 2019.

The abrupt change, Facebook said, was due to a recently proposed law in Australia.

“The proposed law fundamentally misunderstands the relationship between our platform and publishers who use it to share news content. It has left us facing a stark choice: attempt to comply with a law that ignores the realities of this relationship, or stop allowing news content on our services in Australia,” a blog post from Facebook said. “With a heavy heart, we are choosing the latter.”

The reality of the change – for Facebook users in Australia, and for users around the world attempting to view or post news from Australian publications – is stark.

The Facebook page for Australia’s most widely read newspaper, The Herald Sun, is completely wiped of content:

Similarly, if a Facebook user in Australia attempts to view any news organization, the content is blocked – whether that news is from an Australian publication or something else.

BBC News reporter Frances Mao highlighted an example from her own publication:

Moreover, whether you’re in Australia or anywhere else in the world, Facebook is blocking all users from sharing or interacting with news content from Australian publications.

When I attempted to share news from The Herald Sun on my personal Facebook page, the pop-up message below blocked me from posting: 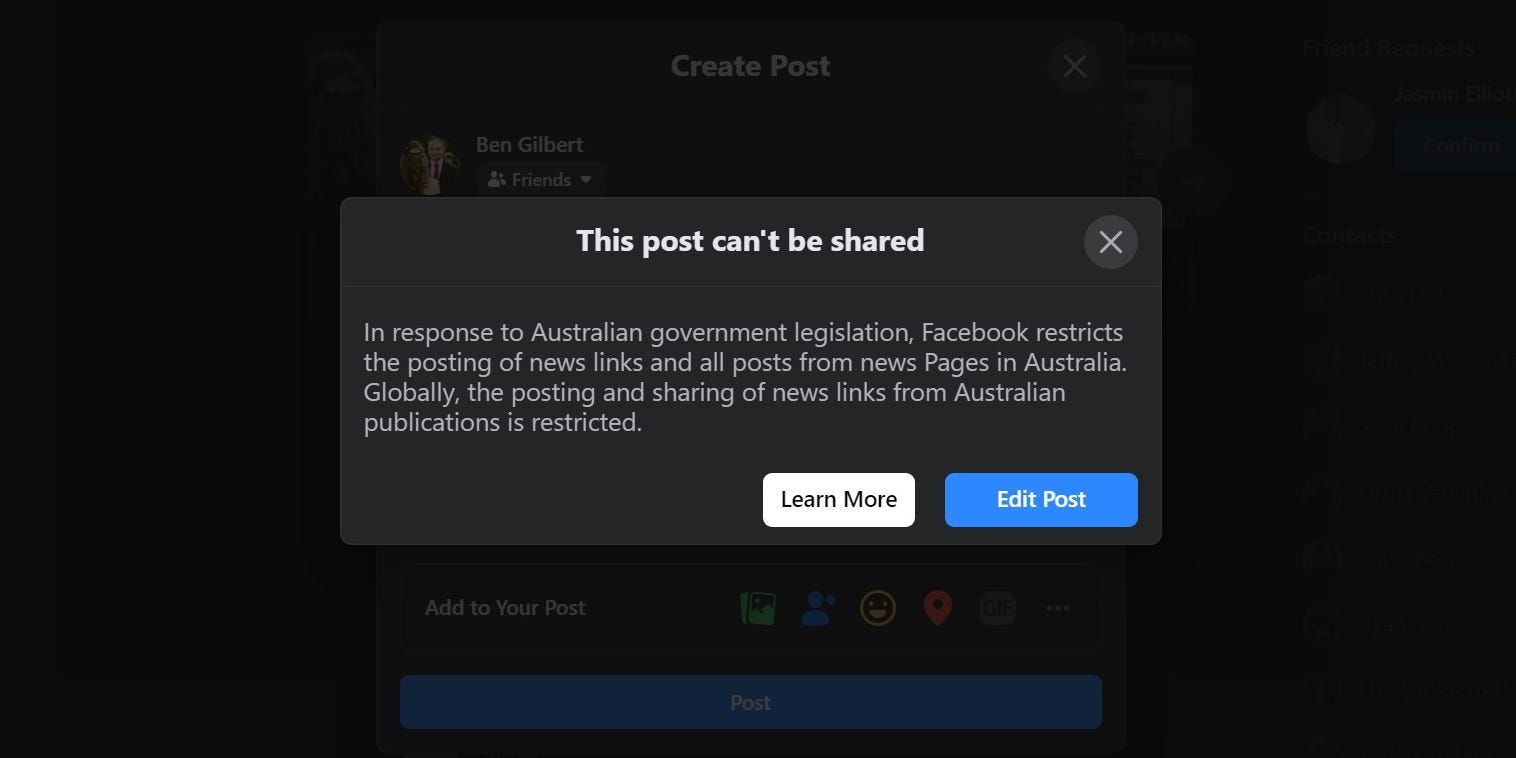 The move to block all Australian news content is considered the “nuclear option” in Facebook’s ongoing battle with the Australian government over proposed “News Media Bargaining Code” legislation.

If passed, the legislation would require tech giants like Facebook and Google to pay news publishers for their content. Just hours before Facebook announced its plans for Australia, Google announced a landmark partnership with News Corp, which is owned by Australian media magnate Rupert Murdoch, to pay “significant” sums for news content.

Australian Prime Minister Scott Morrison said on Thursday that Facebook’s “actions to unfriend” the country were “as arrogant as they were disappointing,” in a post on Facebook.

Facebook is reinstating some of those pages, but pointed blame at Australia’s proposed legislation for the error. “As the law does not provide clear guidance on the definition of news content, we have taken a broad definition in order to respect the law as drafted,” a Facebook spokesperson told Insider. “However, we will reverse any Pages that are inadvertently impacted.”

Got a tip? Contact Business Insider senior correspondent Ben Gilbert via email ([email protected]), or Twitter DM (@realbengilbert). We can keep sources anonymous. Use a non-work device to reach out. PR pitches by email only, please.