Doomsday predictions about the end of Black Friday are now reality, as the pandemic threatens the most important shopping day of the year The Black Friday of yesteryear that has been characterised by long lines, crowded stores, and shoppers hustling for deals is the antithesis of what the retail experience in the US has become during the pandemic.

This makes the holiday season especially complicated for retailers this year. They not only have the responsibility of creating a safe shopping environment for customers and employees – social distancing, shorter store opening times, and ramped up hygiene protocols, for example – but also ongoing inventory issues that have come about as a result of the pandemic. And in the meantime, a global recession lingers in the background that means that customers are likely to be cash strapped and less willing to splurge come November.

Walmart, for one, has decided to close on Thanksgiving, ending a long tradition of kicking off their Black Friday sales on the holiday. But very few other retailers have spoken publically about what Black Friday will look like this year at this point. But in the rare glimpses into their plans, it’s clear that is presenting a challenging situation and one that many retailers still have no idea how to handle.

“Everyone is trying to figure out how this is going to work this year,” Nate Shenck, managing director of North American retail at Boston Consulting Group (BCG), said in a phone conversation with Business Insider. “In reality, we are still figuring out how to operate in this new environment. Retailers are trying to get their sea legs around how you keep people safe, operate efficiently, and generate excitement and demand in a volatile and somewhat unpredictable environment for the next 12-18 months.”

However, the idea of a “traditional doorbuster sale where you have thongs of people waiting outside fighting for deals seems completely alien,” he said. “The irony is the biggest winners of Black Friday this year are likely to be the stores without a crowd and the trick is going to be replicating the excitement, traffic, and the spend without the actual traffic and crowds.”

How do you replicate excitement without crowds?

According to Macy’s CEO Jeff Gennette the success of Black Friday 2020 hinges on retailers’ offering a longer holiday shopping period and leaning into digital in a big way.

“We expect it to start in full force after Halloween,” he said in a recent call with investors. “We have a very strong game plan about how we’re going to keep this trend of digital going. That’s going to be huge for this holiday season.”

Curbside pickup will also play an important role, he said. Macy’s launched this service during the pandemic and Gennette expects it to be invaluable during the holiday shopping season. 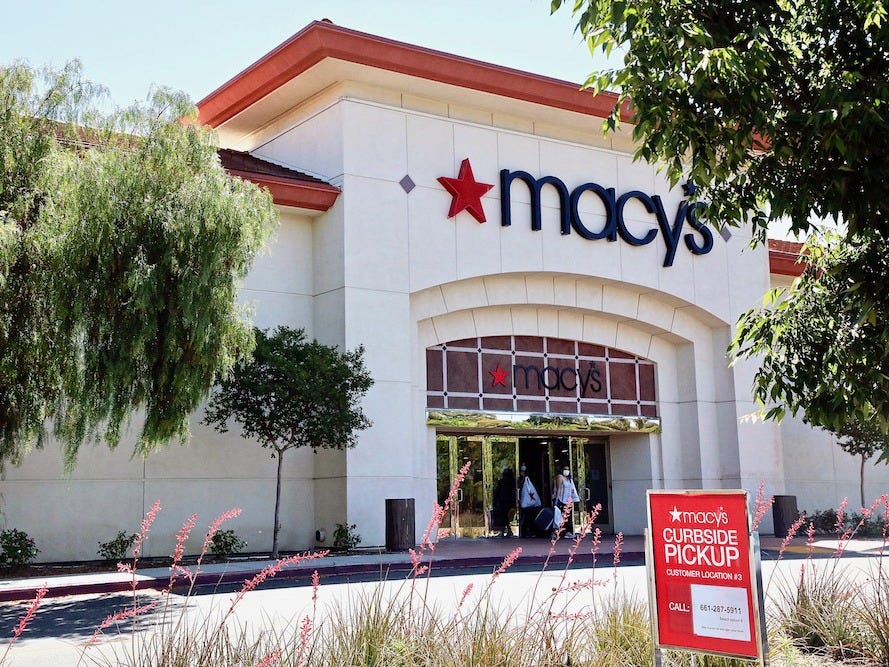 But many of these brick and mortar retailers rely on shoppers coming into the store to drive the big sales. The idea is you come in for one item but in Black Friday rush, leave with many more.

To circumvent this problem, retailers need to be more targeted and creative in their approach to deals to get customers to spend this year, experts say.

It’s about “figuring out how to reach the customer in the most valuable segments and being creative in how you reach them,” Shenck from BCG said. This might include ramping up influencer campaigns, advertising more on social media, or generating awareness earlier in the year, he said.

We could also see more bundles of offers online to replicate the in-store experience of buying more than you planned.

Dave Marcotte, a senior vice president at Kantar Retail, said that stores will also need to rethink what the value of Black Friday is for shoppers.

“Beyond panic, what can I do to create a value for that day or that weekend that will drive people to me?” he said in a phone conversation with Business Insider, especially in the context of a recession when consumer spending is tight.

“For years, Black Friday was a no-brainer, you just took whatever you thought was going to be a hot item and you put it at a hot price and waited for the shopper to show up … You can’t do that this year, you have to really think through the valuation equation,” he said.

One way this could be done is by offering exclusivity and being the only retailer to be selling a specific item. “This might be a big sell because of the problems with supply chain this year,” he said, specifically, that retailers have had problems with products being out of stock.

Better credit terms could be another motivating factor. “There are a lot of plays they can make in that space and not change the price,” Marcotte added.

But we can still expect to see big discounts.

“This whole year has already been very promotional as retailers look to clear down inventory, so Black Friday will need to be full of good bargains to draw in shoppers,” Neil Saunders, managing director of GlobalData Retail, wrote in an email to Business Insider.

But ultimately, this means razor-thin profits for retailers as heavy discounting and higher fulfillment costs from online orders weigh on margins.

Is this the death of Black Friday as we know it?

For years, analysts have been calling out the death of Black Friday as foot traffic to stores has slowed as year-round deals and the growth of online shopping take the pressure off the day.

What we are seeing now in retailers’ plans to shift toward digital and stretch the holiday period out is just an acceleration of a trend that was happening before, experts say. 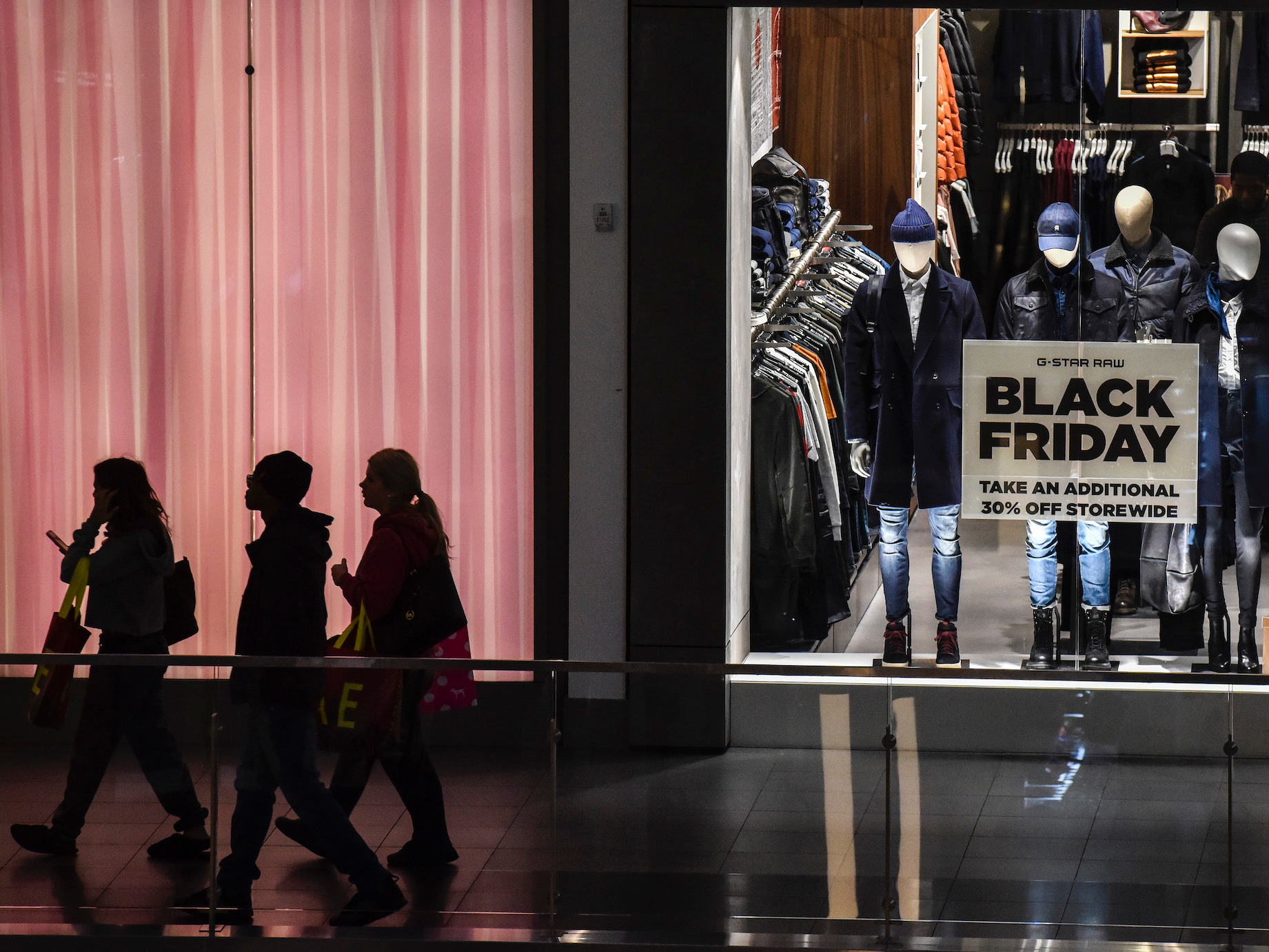 Bill O’Leary/Getty ImagesYear-round deals and the growth of online shopping have taken the pressure off Black Friday.

“It has become less of a physical event and more of a virtual event in the last five to six years,” Marcotte said, adding that it doesn’t have the same “immediacy” that it once had.

And he blames online rivals for this.

“Amazon and other online retailers have used it as a means of reducing the competitiveness of retailers that would have traditionally been in that space.

“You honestly can’t say Macy’s or Nordstrom have as much to do with Black Friday other than they participate; they don’t drive anything, they don’t drive thinking. That wasn’t true 20 years ago, 20 years ago they set the pace, the tone, and what is going to be sold,” he said.

By beefing up their online presence this year this could give them more of a competitive advantage against online rivals. For those that haven’t got that kind of online presence, competing in Black Friday 2020 is likely to be far trickier this year.